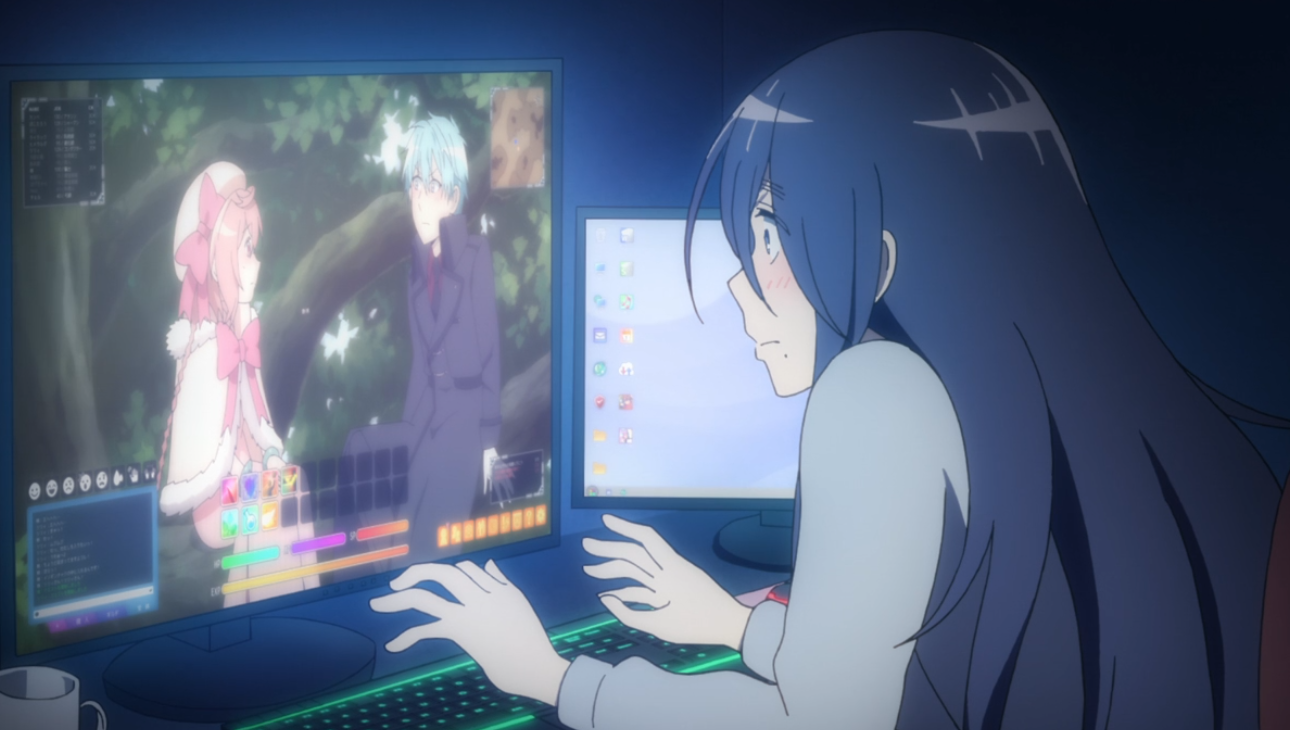 We all have our own opinions regarding the last season of the year. Here are mine.

Also, do you remember when I said I wouldn’t watch some of the shows this season? Yeah, I didn’t keep that promise. 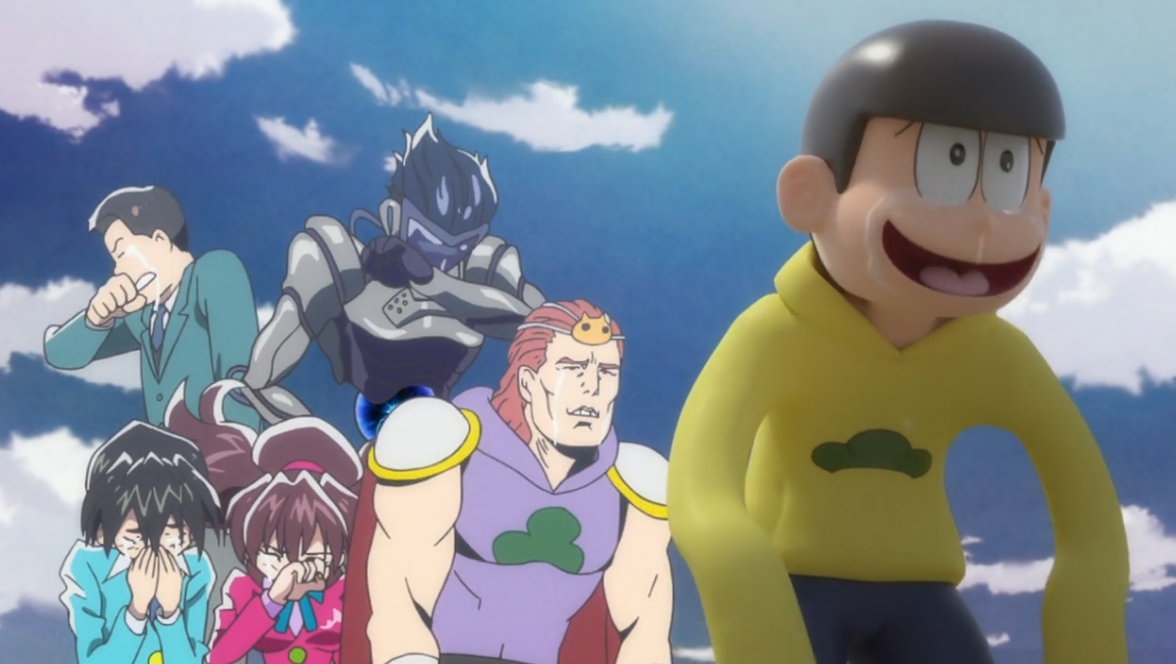 A bunch of people have asked me since it initially ended why I didn’t like Osomatsu-san. And after finishing this premiere of the new season, all I have to say in response is “why should I like this show?”. It never makes me laugh, and the jokes in this stupid premiere were drawn out way past the point when they would have been funny. Why on earth am I supposed to care about these siblings living a life of sloth or a life of success when it’s obvious that it’s all a ruse? What was funny about them suddenly appearing in six different art styles and then combining into a robot? I didn’t crack one smile at anything that happened in the show’s return. The humor is too crazy/not grounded enough to take seriously, the characters are basically the siblings from the new Ducktales without any of the likability, and this show has long since worn out its welcome, which was around the time it started doing Mad Max parodies aka the most overdone parodies in existence at the moment. 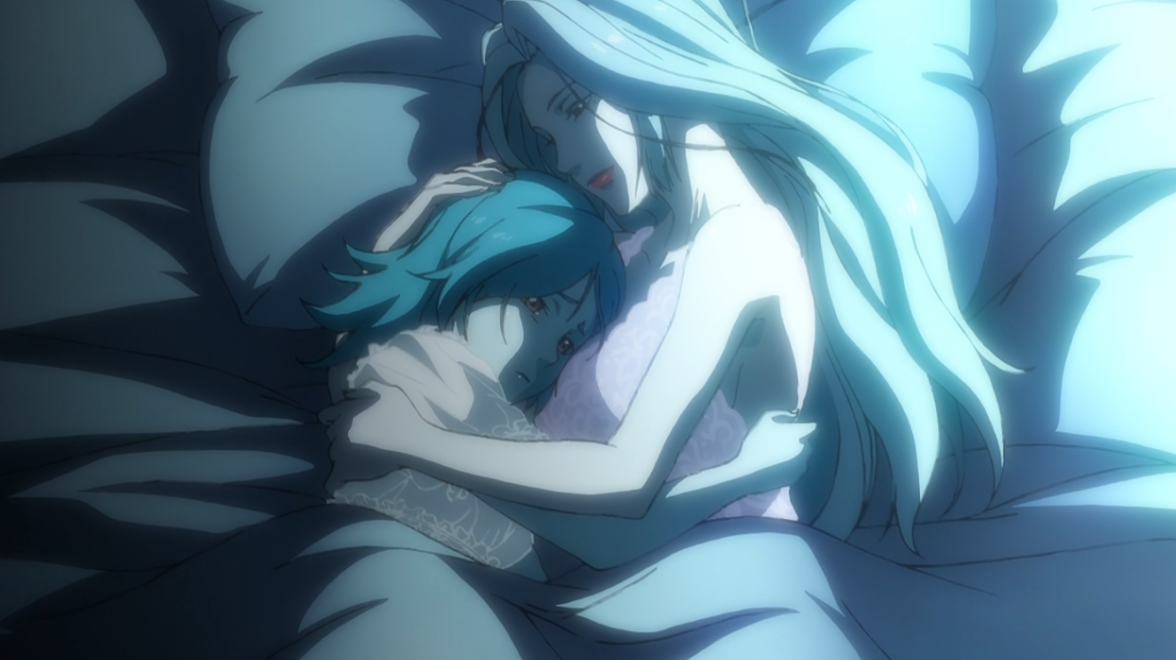 Decent action scenes and neat-looking visuals aren’t enough to get me interested in the boring characters and uninspired killing game that make up this latest offering from China. 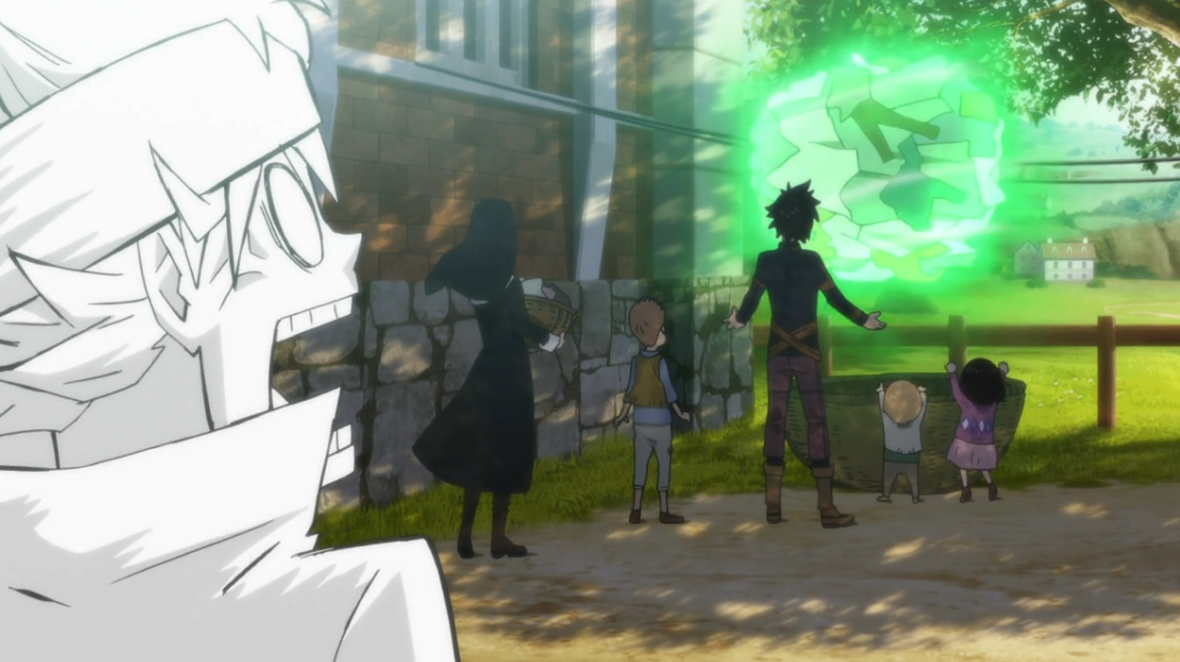 Some people have informed me beforehand that this was a really bad copy of much better – or at least more famous – shonen action series. And it turns out they were completely right, because I could barely get through the first episode of this show. The main character is just Black Star from Soul Eater if he looked like Natsu from Fairy Tail, the jokes are completely moronic, and the story borrows too much from other shonen properties to the point that nothing stands out. The only good thing I can say about this anime is that Pierrot actually put effort into the production values for this, which is surprising given how much their previous attempts at Shonen Jump adaptations have looked like it was made on a budget of two dimes. Other than that, I refuse to watch more of this show.

Addendum: I’ve been informed that the show gets much better later on, but I’ve never accepted that as an excuse. I still maintain the Shin Sekai Yori principle that an anime that takes eighteen episodes to get good is not worth holding out for. Besides, it apparently takes a couple of arcs to get to the good stuff, and there’s no guarantee the anime will reach that point, so meh. 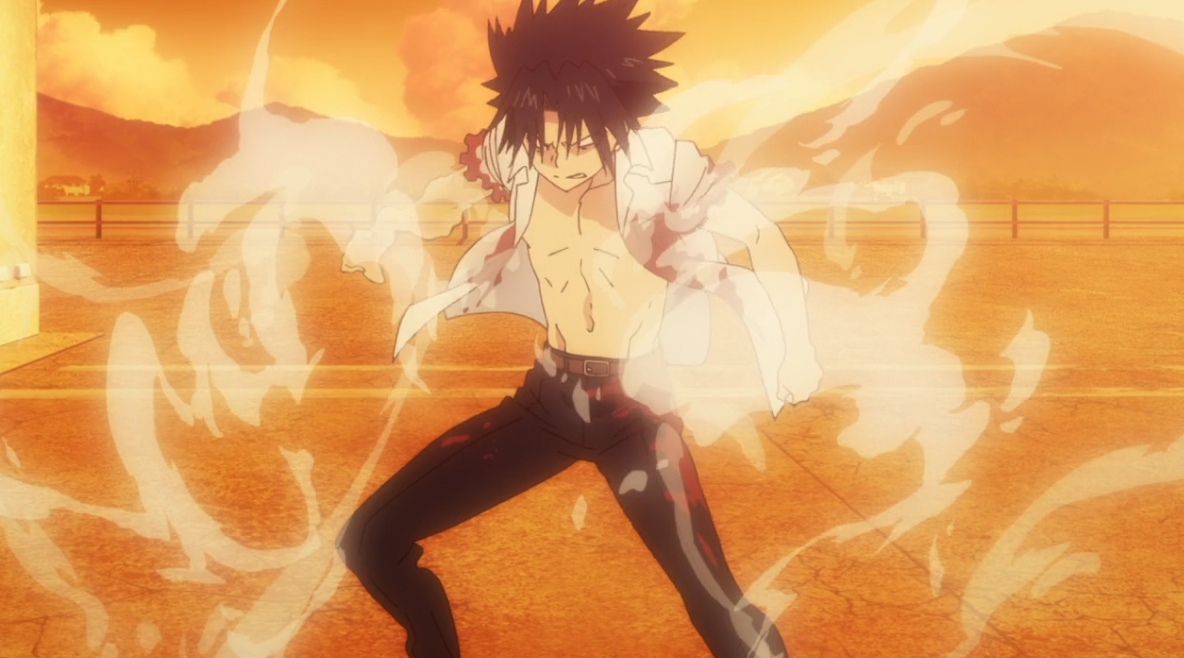 Aside from the characters not being as annoying and the underage fanservice shots, UQ Holder isn’t much different from Black Clover in terms of putting inspiration into stock shonen stories with magic as a key component. The animation is fine with some neat action shots, but in addition to the characters being kind of rote, I’m not a fan of how this show is constantly living in the shadow of Negima to the point that it even has the same opening song that’s been used for like every non-Shaft Negima adaptation ever. The good news is that this is probably the most accurate adaptation of a Ken Akamatsu manga to ever grace the animated form, so props to JC Staff for getting it right, even if it’s a decade too late. Oh well. Life sucks like that. 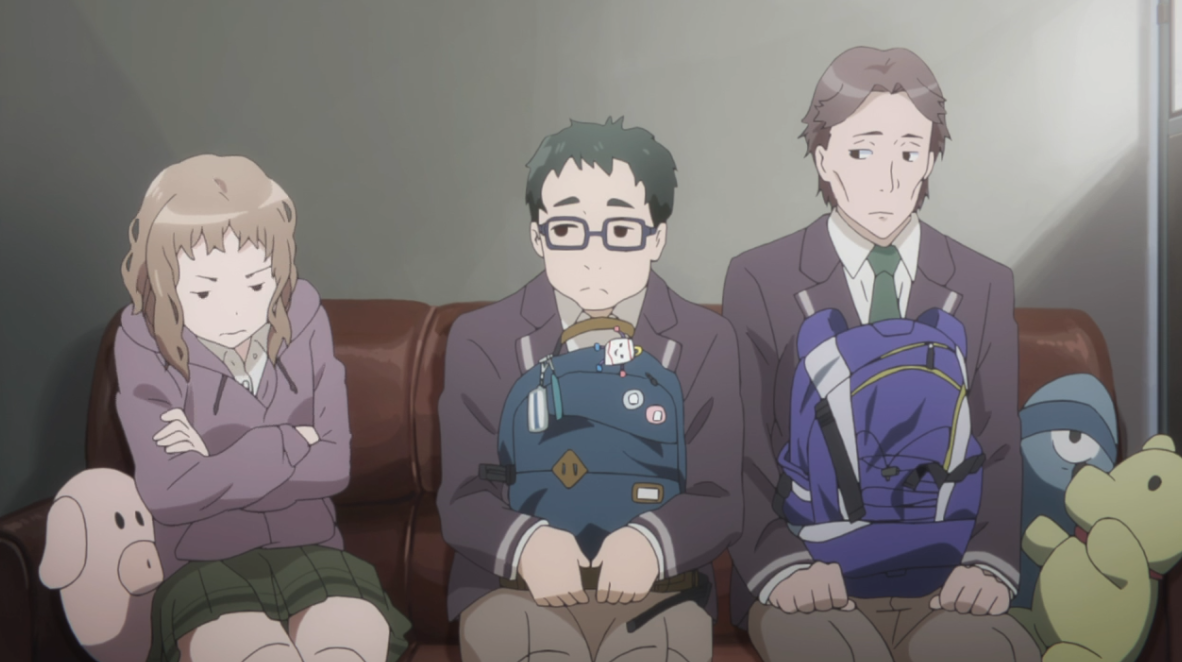 Just Because is kind of an apt name because it perfectly encapsulates the main reason why things happen in this show. And by things, I mean “a whole lot of setup to some drama that doesn’t have a good chance of paying off”. The show suffers from a severe lack of personality. Not only does the art style look off to me, but the characters don’t have anything unique about them aside from the club they belong to and a one-note character trait that’s too subtle to be interesting. It also doesn’t help that multiple characters are thrown at you in the first episode with very little connecting them, which makes me question the point of it all. I understand the transfer student is supposed to be the main focus character, but how about developing him first before you even attempt to develop the others? 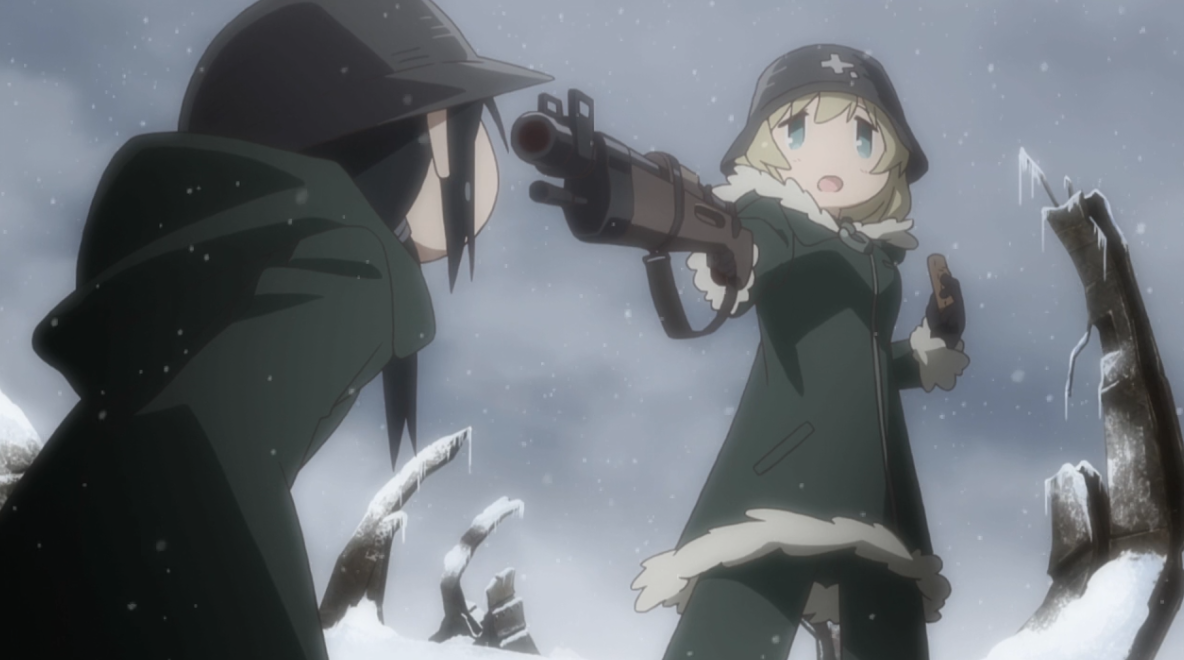 The atmosphere is nice I guess, but two little girls trying to survive in a post-apocalyptic world with nothing but a butt-ugly CG truck gets old really fast if you have nothing else to go on. And I really do mean this show has nothing to go on. For an entire half-hour, the only thing that happens is the girls exploring a factory, exploring the snow, getting into a conflict regarding food that ends with a lame comedy routine, and making shallow observations about the nature of war that every kid in elementary school knows. No personal story. No hints of an overarching story. I pretty much zoned out of the show by the halfway point because I see those as requirements to enjoy an anime, whilst people who like this show seem to think otherwise.

Do you guys know the movie Gerry? It’s this arthouse film about Matt Damon and Casey Affleck walking through a desert for two hours as some sort of meditation on the fragility of human beings when lost with no food or water. I’m not a fan of Gerry and similarly I’m not a fan of when shows like Girls’ Last Tour want to depict tragedy by just putting characters in bad situations without any actual character arcs or meaningful insight to carry them. I mean what’s the point? 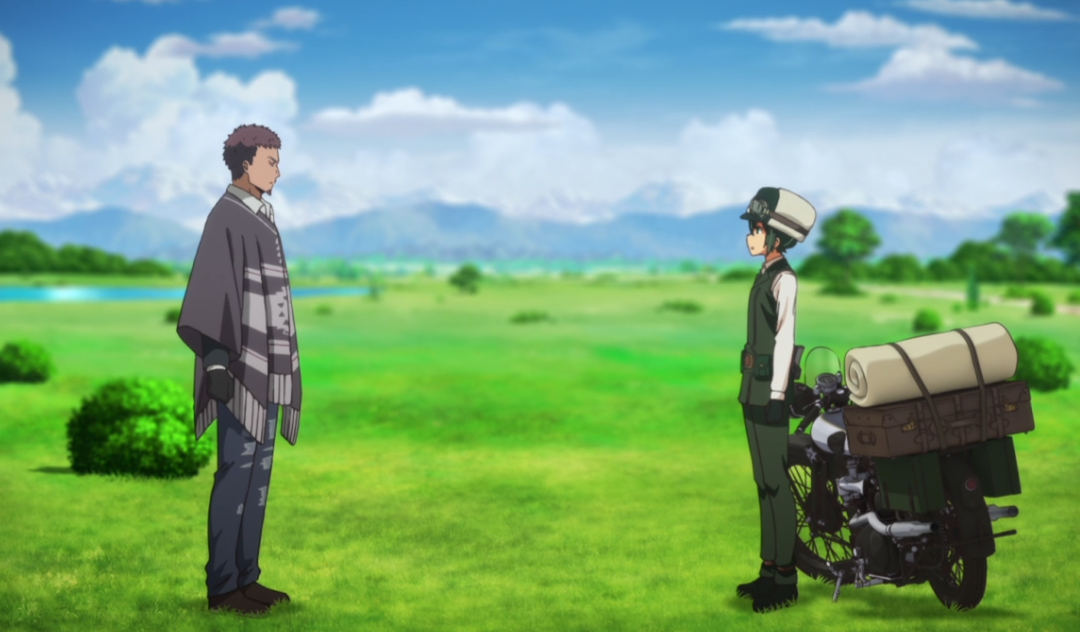 I don’t love Kino anymore, but it’s a good show that actually does interesting things with its concept to the point that I question how the source material is light novel-based. Now I didn’t like any of the movies or OVAs, so I did have reservations about Lerche trying to revive this thing, but so far it seems to be one of their better anime rather than…well…Classroom of the Elite. Okay Hermes and the motorbike scenes in general look butt-ugly, but the animation is an upgrade from the original series otherwise, and the episodic storytelling…well it still depends too much on the twists and the philosophy amounts to nothing more than pot shots, but it’s still dissection-worthy. I liked the premiere’s message regarding how just because you can do something bad doesn’t mean you should, even if the execution wasn’t the best.

Oh and before people say anything, yes I know this is a reboot, so we’ll probably see some old stories again in the future. 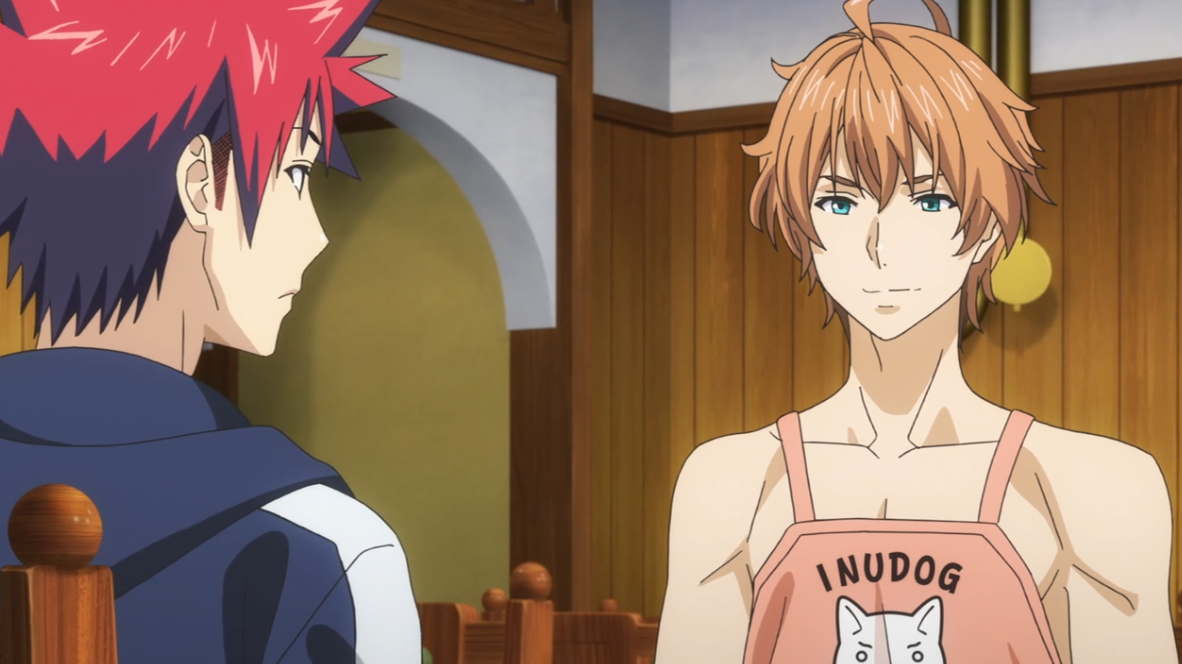 Food Wars isn’t bad, but it’s too much style as substance for my taste, and I can’t be bothered to watch anymore of it, especially given how long it’s been going. Why exactly does Shonen Jump consider lasting longer than Friends to be an admirable goal anyways? 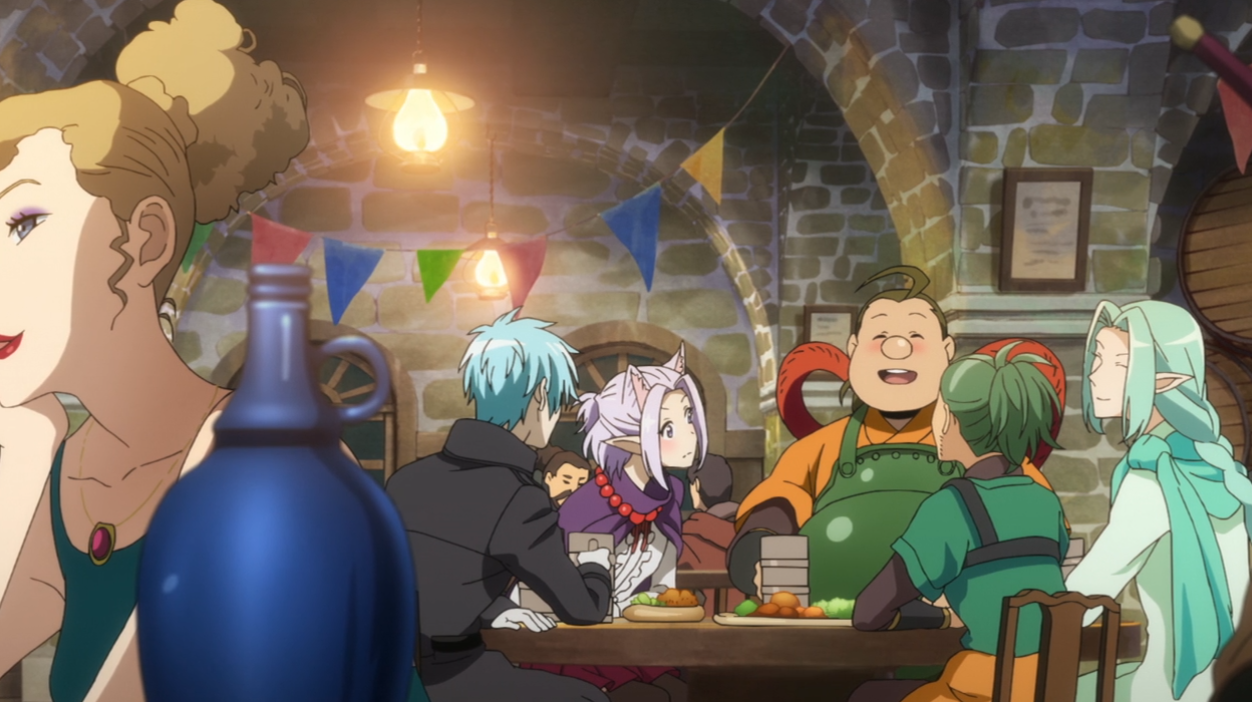 Recovery of an MMO Junkie

Neat concept, but the execution is off. Recovery of an MMO Junkie basically wants to be a modern Welcome to the NHK with a female protagonist, but it spends alot of time on the main character playing a fantasy game and bonding with another player through it, which is such blatant setup to her “recovery” that it physically drains me to watch. And because the animation is the pinnacle of average, there’s not much going on in a visual sense to elevate things. I’ve been rewatching Welcome to the NHK lately, and I can’t say I’m a fan of the show when it focuses on Satou learning about otaku culture because it doesn’t say anything about said culture that your normal anime fan wouldn’t already know. MMO Junkie runs into the same trap with its premiere episode, which is not a great way to start, because it makes me doubt if future episodes will actually explore what it means to be a NEET. And even if they do, I don’t want the video game stuff to take up 80% of the screen time. 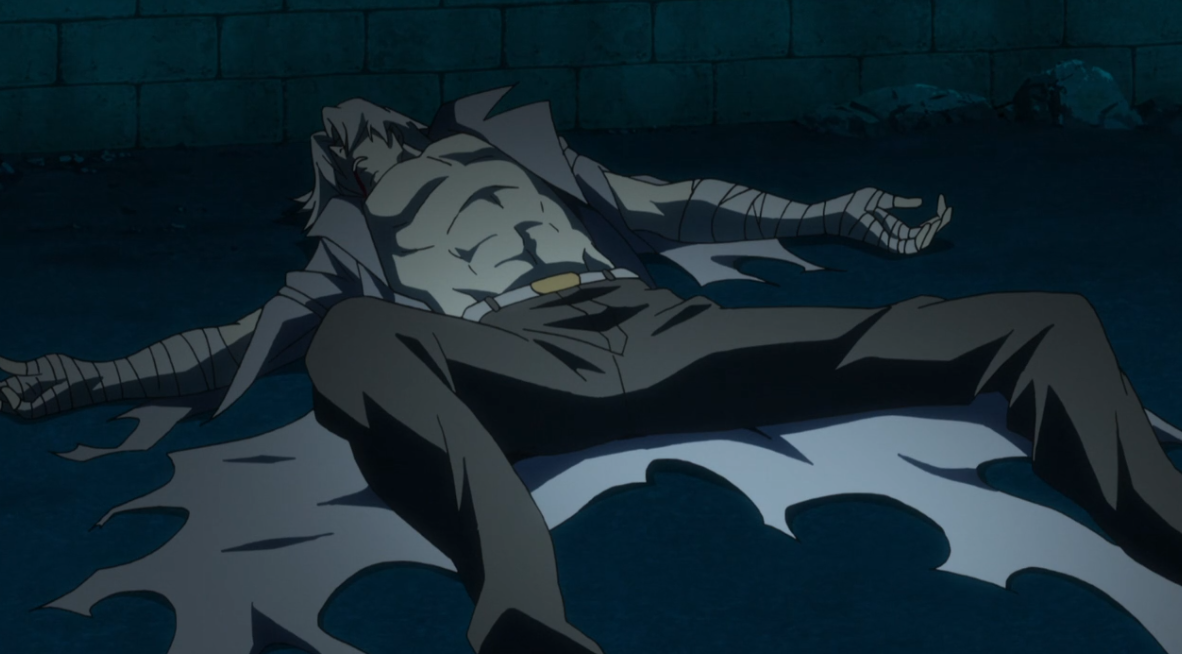 You guys know about that Wolfenstein II controversy where a bunch of Nazis criticized the game for belittling their beliefs as if they just realized now that the entire point of Wolfenstein is to kill Nazis? Well here’s an anime that glorifies them…really badly. Yeah, I’m all for diversity and varying beliefs and such, but supporting Nazis is like supporting NAMBLA: if you’re on their side, fuck you. But even disregarding that, Dies Irae is so badly produced for such a popular visual novel that the only positive thing I can say about it is that sometimes the fight animation gets so lazy to the point of hilarity, similar to how a number of people feel about that Neo Yokio thing on Netflix. Just a bad show no matter how you look at it.

I didn’t watch Infiniti T-Force because I have no interest in the old shows that are crossing over for that event, and I didn’t touch King’s Game because from what I heard, that was a poor man’s Juni Taisen. Garo: Vanishing Line and anything else that comes out after that will need to wait until next week to get the first impressions treatment, because I need to wait for Inuyashiki to get subbed. Truthfully, I was planning to release all of my first impressions for the Fall 2017 anime season in one go, but I know most anime fans would prefer these things to be timely, I’d rather not there be another week-long gap in-between posts, and I need more time to work on the No Game No Life Zero review.