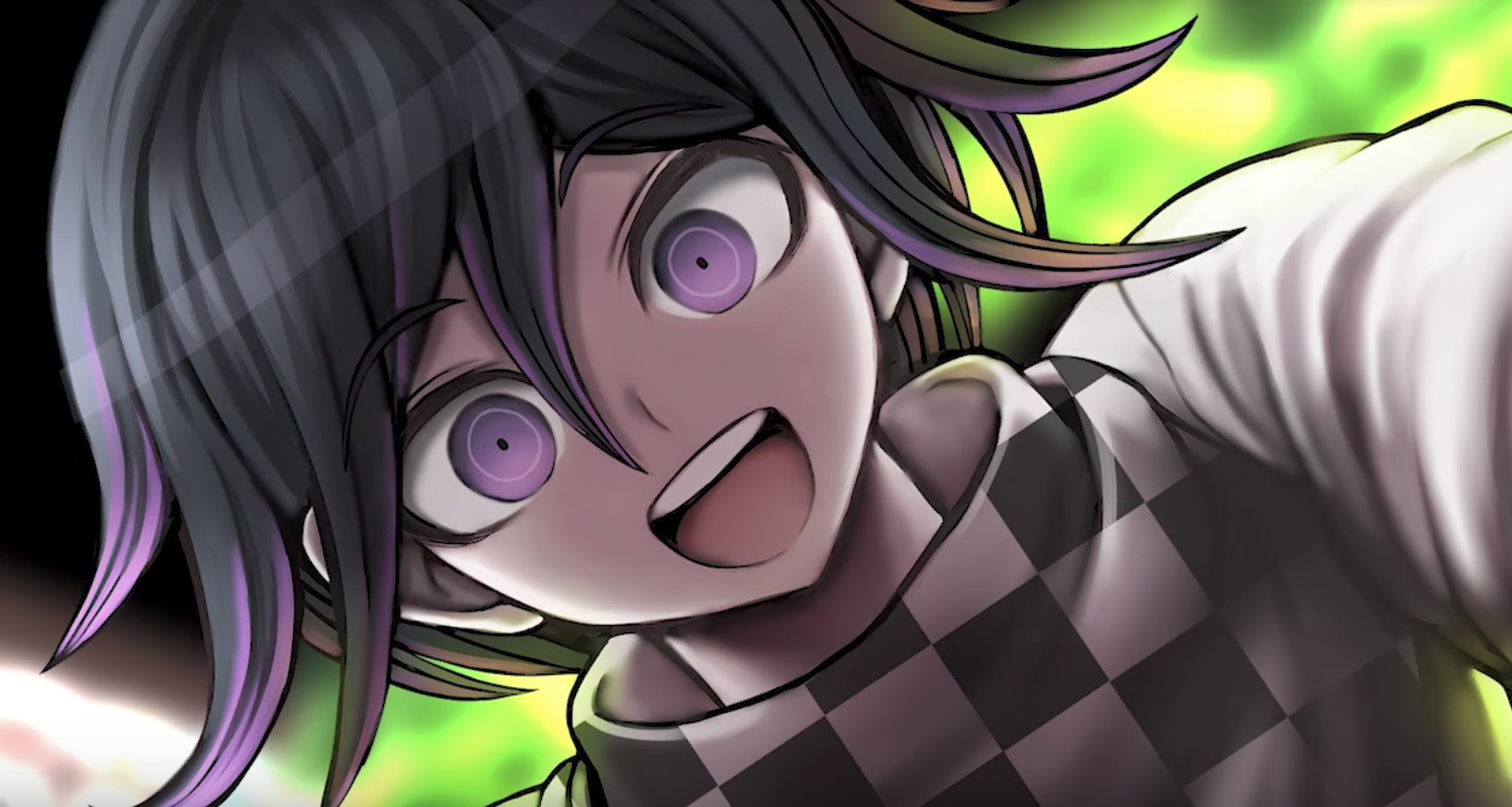 Can’t say I saw this coming.

Danganronpa V3’s second chapter/murder/class trial/execution was a bit of a doozy in my experience. I honestly had no idea where the case was going until the very end, which is a good thing as far as I’m concerned, but it still doesn’t make the pain of all those mistakes I made any lesser. The only thing I had a vague idea of was how the culprit managed to travel from the victim’s room to the gym where said body was discovered, but even that didn’t tell me everything. Hell, I didn’t see the victim or the culprit coming until right at the end, mostly because neither of them raised any particular flags I could think of. I haven’t looked at other people’s reactions to the second case so I have no idea if I’m alone in this, but in my experience, while the second case shared some similarities with the previous games’ second chapters, I think this trial really separated itself from its predecessors’ shadows. The biggest key difference being of course that there was no serial killer involved this time.

V3 starts off the new chapter by having you take control of Shuichi, who I assume will be the player character for the remainder of the game, especially if they want me to level up my friendship ranks properly. After the events of the first chapter, he’s stopped wearing his hat and, per Danganronpa protagonist tradition, spots his own ahoge. However, his new confident outlook means little when the other characters don’t share his opinion, and it especially doesn’t help when Monokuma and his kids try to come up with new reasons to have everyone kill each other. Said motive takes the form of those motive videos from the first case in Danganronpa: Trigger Happy Havoc, except now in tablet form and it turns out the Monokubs mixed up the order regarding who would receive what video, so Shuichi ends up getting Kaito’s and all the other characters received similar mix-ups as well. It’s not until the end of this case that you discover how the execution of this motive actually plays out, and I have to say, it was a pretty neat twist on the formula even if I can’t spoil the actual details. 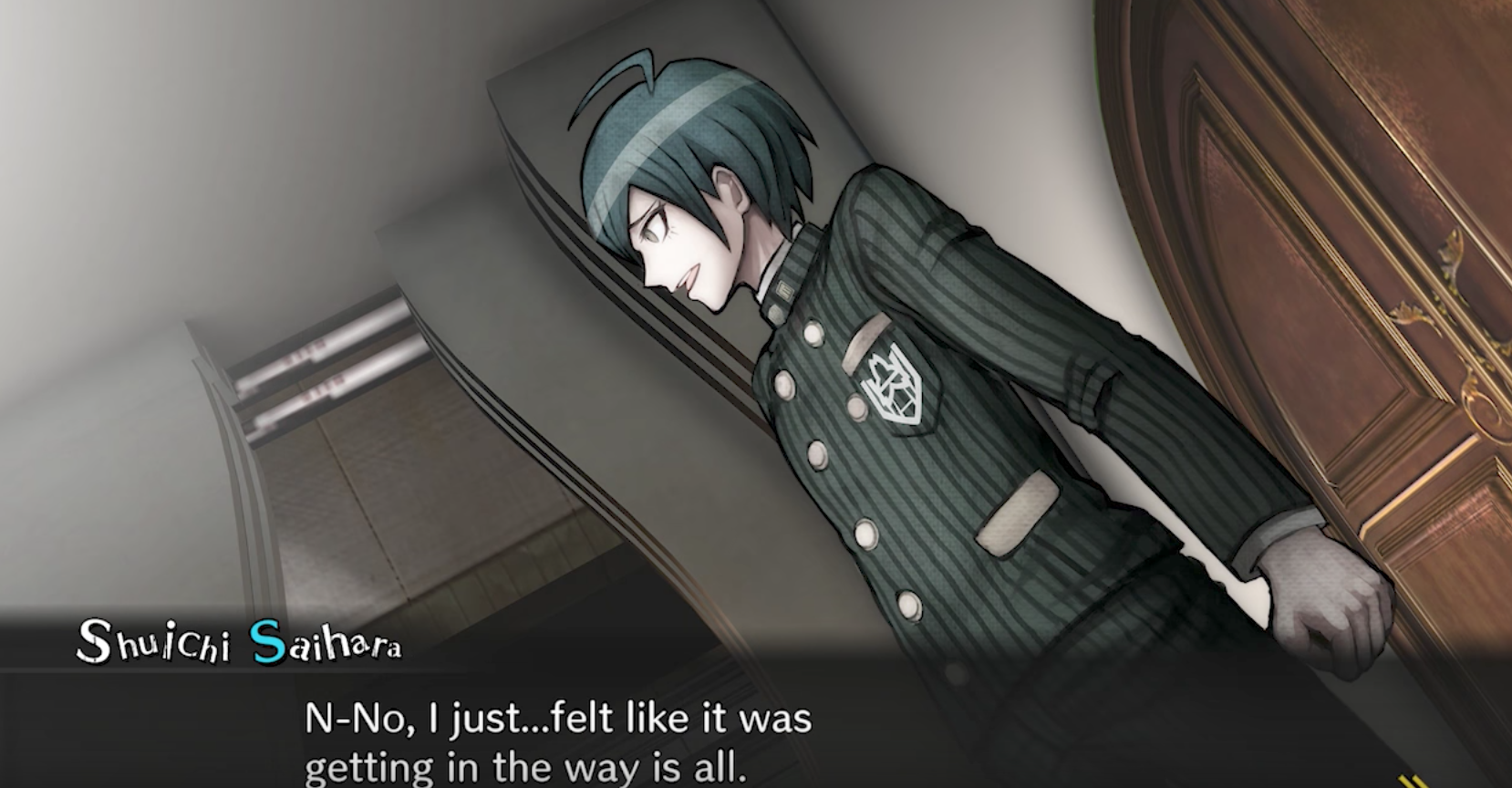 Because of the shift in protagonist viewpoint, Danganronpa V3 apparently gives you five free-time events to level up the bonds between your classmates in each chapter, which I naturally abused by constantly resetting the chapter every time I hit a limit so that I can rank up everyone and get their skills. Well, not everyone as you can’t hang out with Maki for plot reasons, Himiko gets capped out at Rank 3 for reasons I assume will get explained later, and Angie suffers a similar fate to Himiko’s in terms of her free-time events. Either way, I’m really glad I did them because it really got me attached to all of the characters in addition to the gameplay perks. Okay it’s a little weird to see Kokichi and Miu to act so insufferable towards Shuuichi in the plot after revealing at the end of their events that they’ve really grown to care for him, but that’s sort of an inevitability when you try to mix dating-sim aspects with story driven gameplay. And incidentally, Ryoma’s skill (as well as how his free-time events constantly reference The Prince of Tennis, including the movie with the dinosaurs) was awesome. Everyone else’s? Honestly, they were pretty variable.

Having played all of the games so far, I’ve learned to be quite attentive of all the details and new locations that open up every time a new chapter starts. So when they made such a big deal about the new pool area and how one of your classmates had a window next to it, you just knew it was going to play a major part later. That said, I think the culprit’s plan to give him/herself an alibi was a tad too complicated. Danganronpa’s main cast has always consisted of teenagers who don’t realize that their attempts to get in the clear just implicate them more, but I honestly don’t see how leaving the victim to get swallowed up piranhas in front of a crowd would help them in any way. Sure it makes it so that you can’t determine the time of death, there’d be no point to killing someone if the body isn’t discovered, and most of the other students were held captive by Gonta due to Kokichi being a little bitch so they couldn’t go outside, but I don’t see why you couldn’t just leave the body in the pool or something. 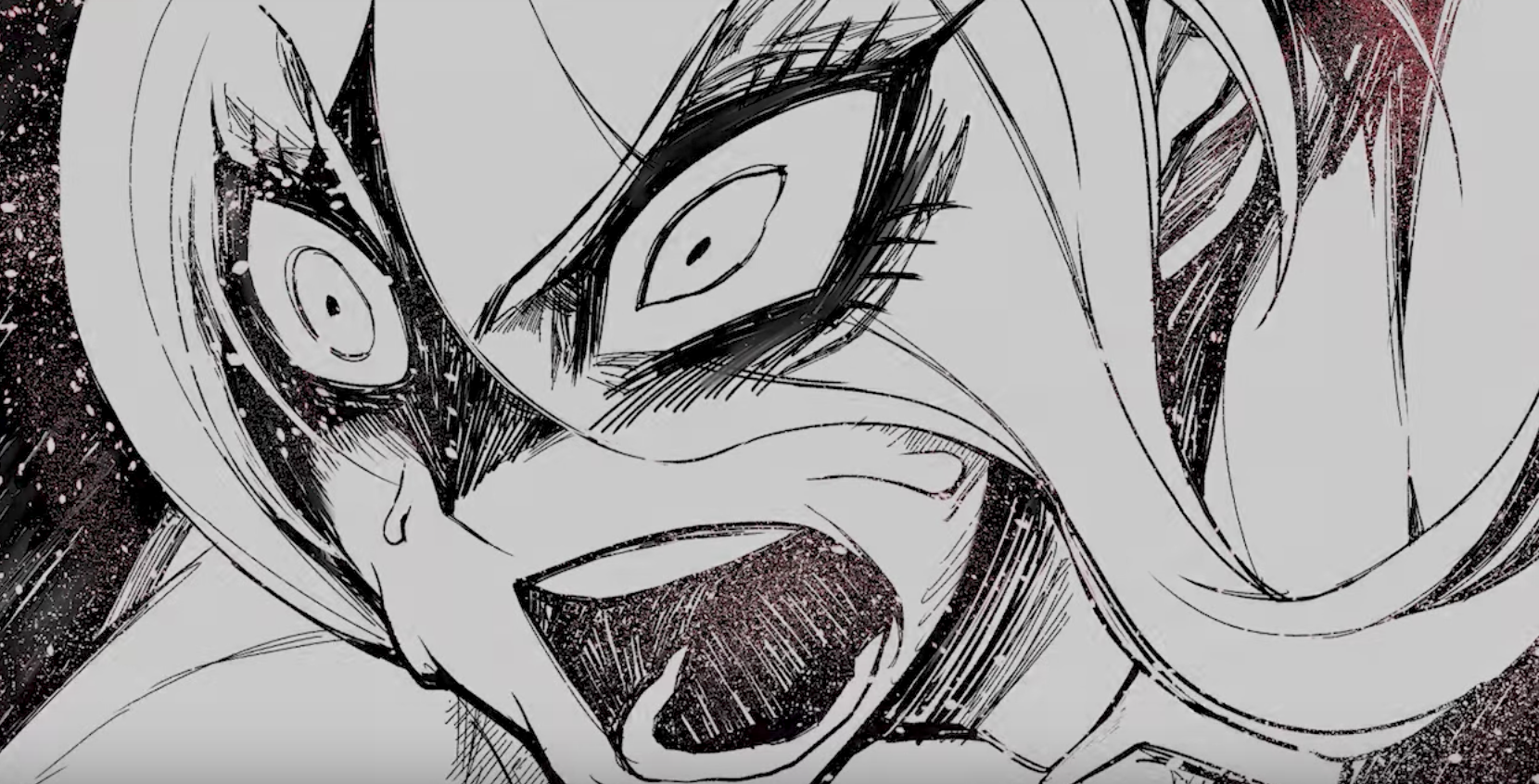 Overall, I didn’t get as emotional with this case as I did the last one, not helping that the culprit was a bit of a salty asshole after the reveal and Himiko’s obsession with magic got a tad annoying here. In terms of plot, we mostly get a few glimpses to an ambiguous funeral scene and strange writing on a rock that doesn’t amount to anything more than blatant setup. Nevertheless, it was still a strong chapter that was fun to decipher my way through. Plus it was cool to see Shuichi become more confident after his experiences in the first chapter. I can definitely see why he’s considered the most popular character in V3 in Japan (second place is unsurprisingly Kokichi Oma, with Kaede Akamatsu being third).

We also get to know Kaito more, and it’s clear he’s going to be the Kamina to Shuichi’s Simon given his speeches about being a man to our effeminate lead along with how they’re both voiced by Kyle Hebert in English. There’s a reveal regarding Maki at the end of the chapter that unfortunately was spoiled to me a few months prior to the game’s release, so I’m glad they got that plot point out of the way early. I very much doubt Maki is going to die anytime soon, so I bet the next few hours of the game will be spent on Shuichi getting to know her better, as well as having Maki take the reins from Kaede as the main female focus – similar to what Kyoko was to Sayaka in the first game. Got to say, I’m looking forward to seeing that. 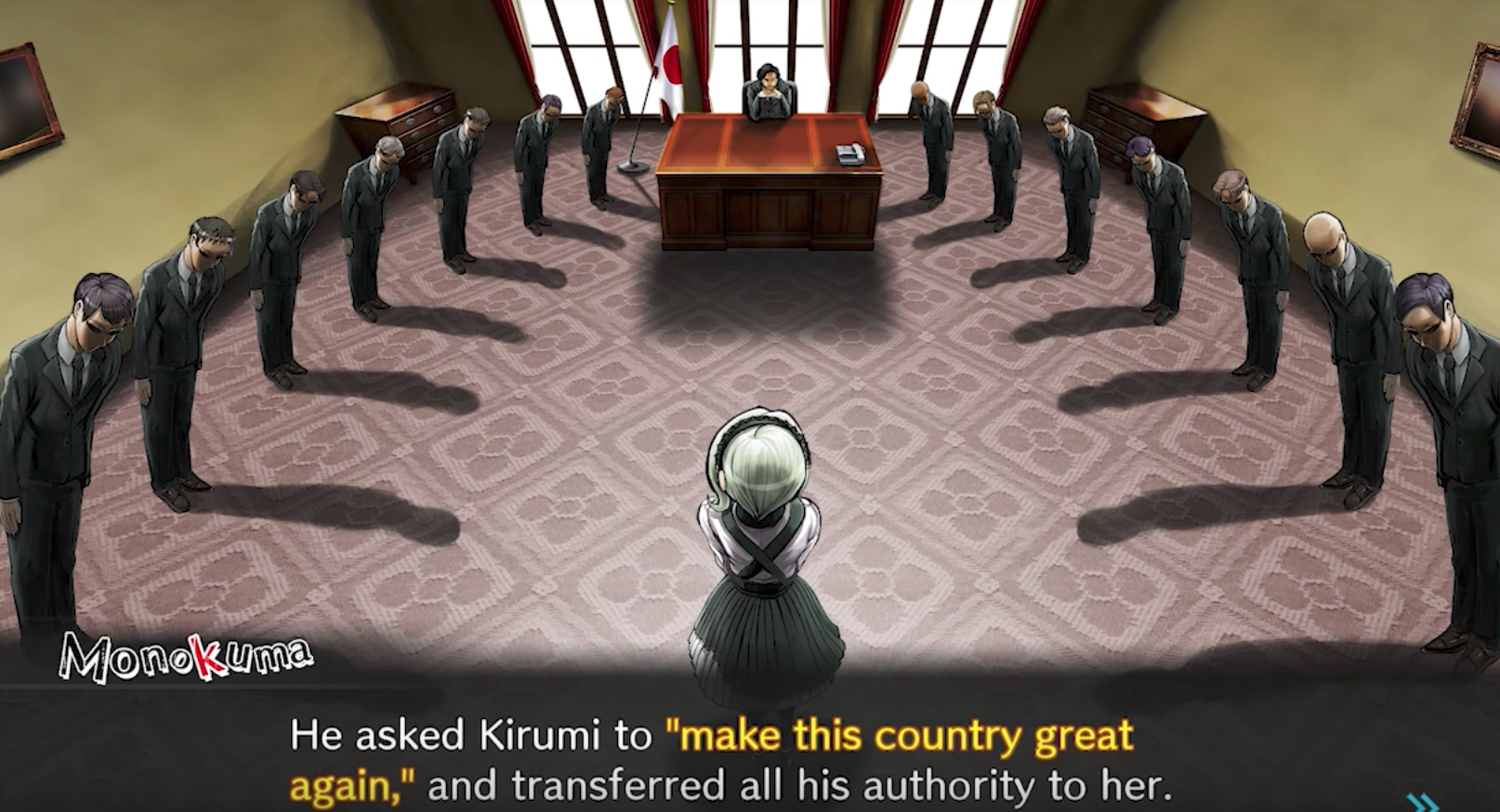 Oh, and there’s another Donald Trump reference in this chapter. Yeah.