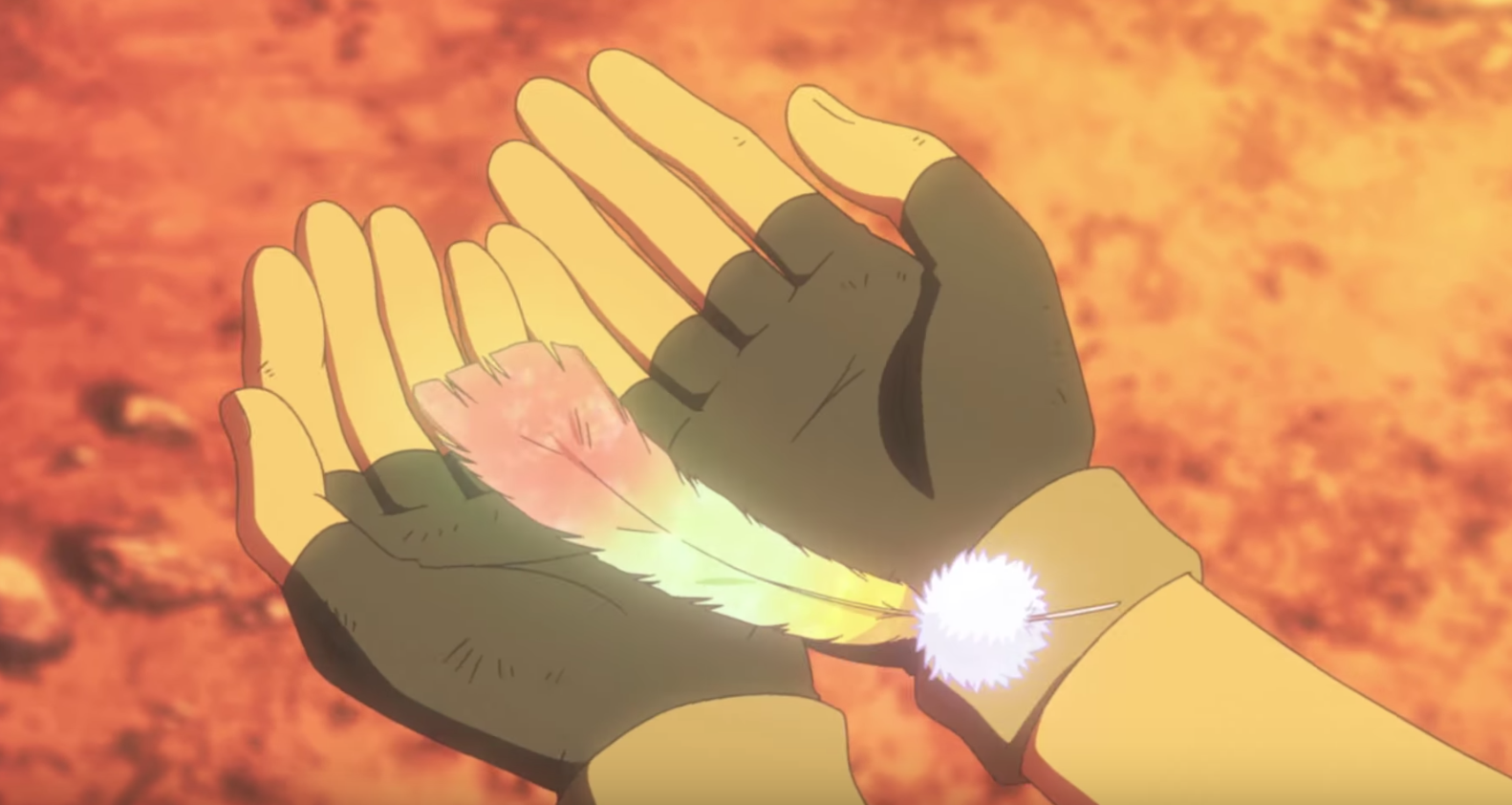 This movie says “rainbows” as much as Danganronpa says “hope” and “despair”. 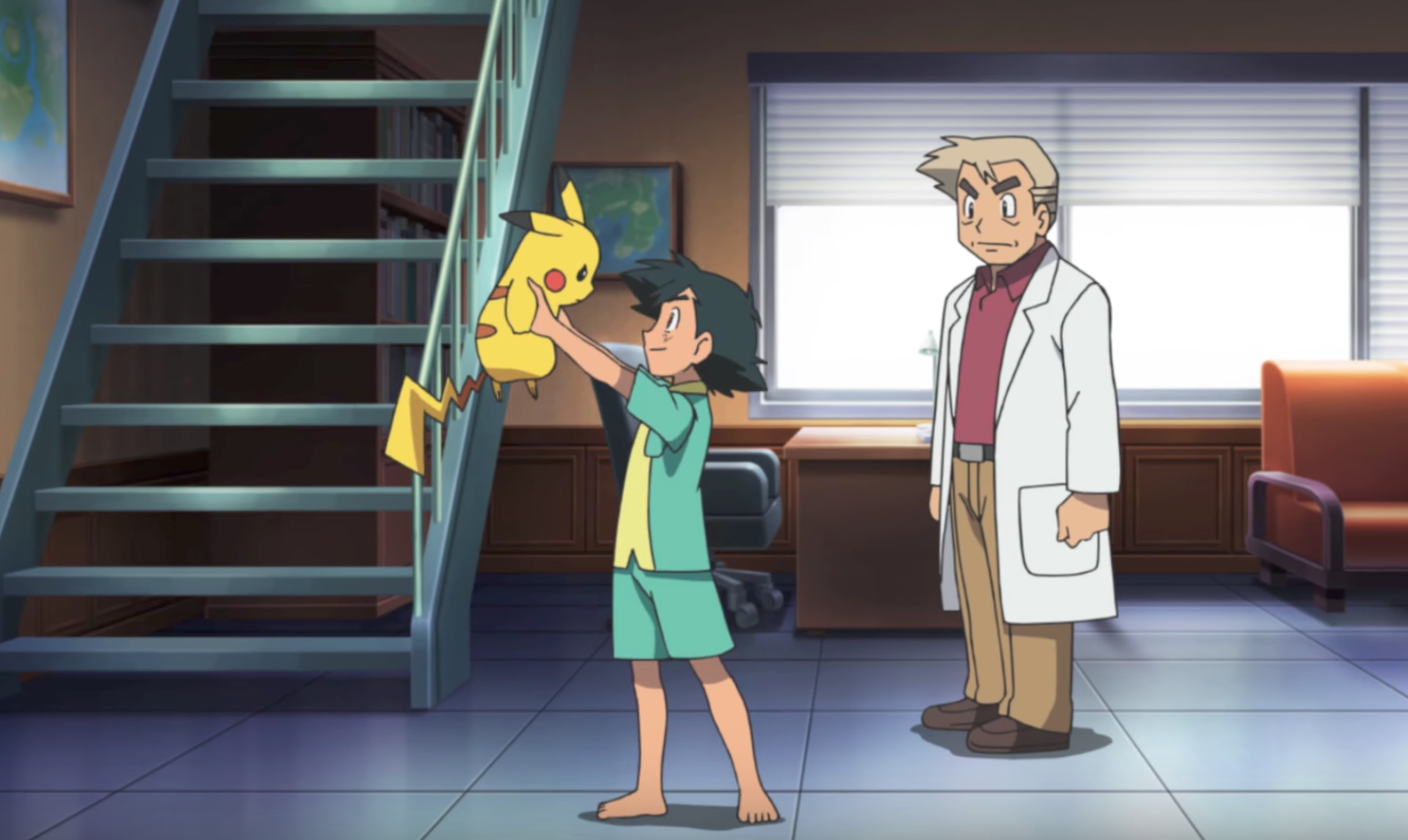 I’d give some background on Pokemon, but honestly, who reads this review and doesn’t know about the popular late 90s phenomenon that stopped being cool in the early-00s and then made a resurgence once the Internet generation started to take shape? So I’m just going to skip all that and talk about the actual movie, which you probably saw by now if you’re a fan considering the promotion for it. As such, you’re at least aware that this movie exists to celebrate the 20th anniversary of the franchise and is a retelling of Ash’s origins back when we could say he was ten years old with a straight face. And you’re also aware of the negative reviews and fan backlash when it turned out Misty and Brock were getting replaced with two people from the Diamond and Pearl region.

You should also be aware that I keep up with Pokemon on and off these days. I occasionally look at the new games and what’s going on in the TV show, but I had no idea who Marshadow was until this movie (for those who don’t know, he’s a new legendary Pokemon that was introduced a few months ago), and I still don’t know much about the new Fairy type and which Pokemon was retconned into that. Thankfully, aside from a few minor details, Pokemon I Choose You doesn’t delve into anything Alola-related or goes deep into any of the game mechanics like that Origins thing did to a distracting degree, so I was able to follow this movie fairly well. And let me tell you right now before we get into this, not only is this movie everything you expected, it’s also cheesy and weird in ways you don’t expect. 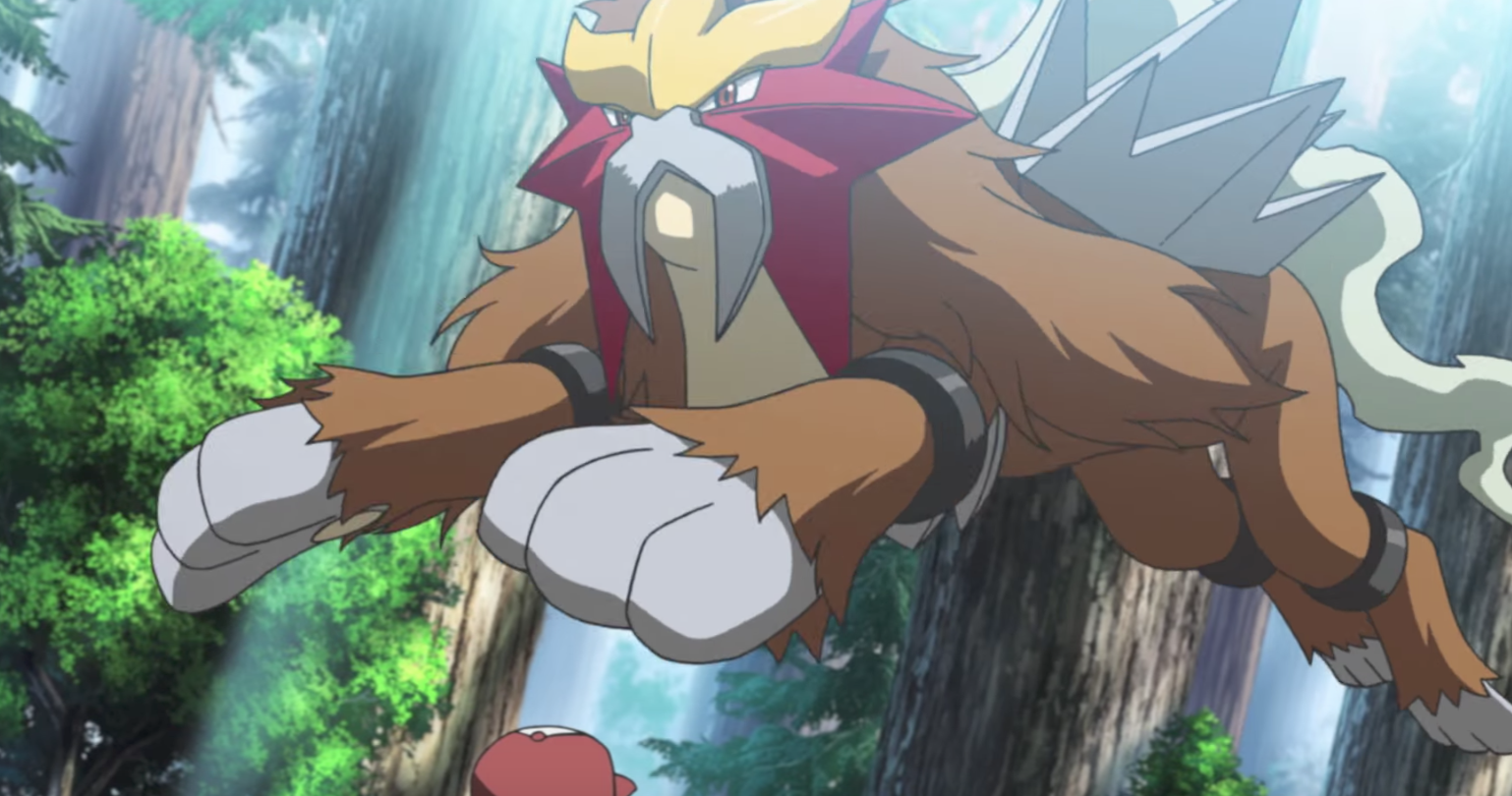 I Choose You basically starts off with a retelling of the very first episode of the show on fast-forward, where Ash hurriedly gets Pikachu after missing out on the other three starters, refuses to have the little mouse listen to him, bonds with his Pokemon over an unfortunate Spearow attack, and the two then see Ho-oh, who blesses Ash with a rainbow feather. We then we get a montage of Ash battling trainers and catching a Caterpie before defeating Erika from Celadon City and getting his third gym badge despite the fact that Pikachu and Caterpie are the only Pokemon he’s captured up till then, which really makes me question our protagonist’s priorities, especially when that shit wouldn’t fly in the games since String Shot isn’t as broken there.

Afterwards, the actual plot starts where an Entei is spotted in the nearby vicinity and in his quest to battle it, Ash meets his two new traveling companions – the token female trainer with a Piplup named Verity and the token male with a big dream and a Lucario named Sorrel. We also get a rival character named Cross, who treats his Pokemon like they’re tools and abandons a Charmander that Ash of course befriends and takes as his own. The main thrust of the film is that the rainbow feather Ash was blessed with is a sign that Ho-oh respects him as a trainer and if you place it on a certain mountain, that Gold Version bird will show up for battle. There’s also some convoluted lore so that those legendary dogs/cats can make a brief cameo and be put on the poster, along with adding Marshadow because we might as well promote him too, right? Ash’s companions end up joining because they want to see these legendary Pokemon with their own eyes whilst Cross is not too far behind because he wants Ho-oh for himself, thus beginning the journey of montages and evolutions, culminating in lessons about how friendship is important and those with evil in their hearts can taint mountains. 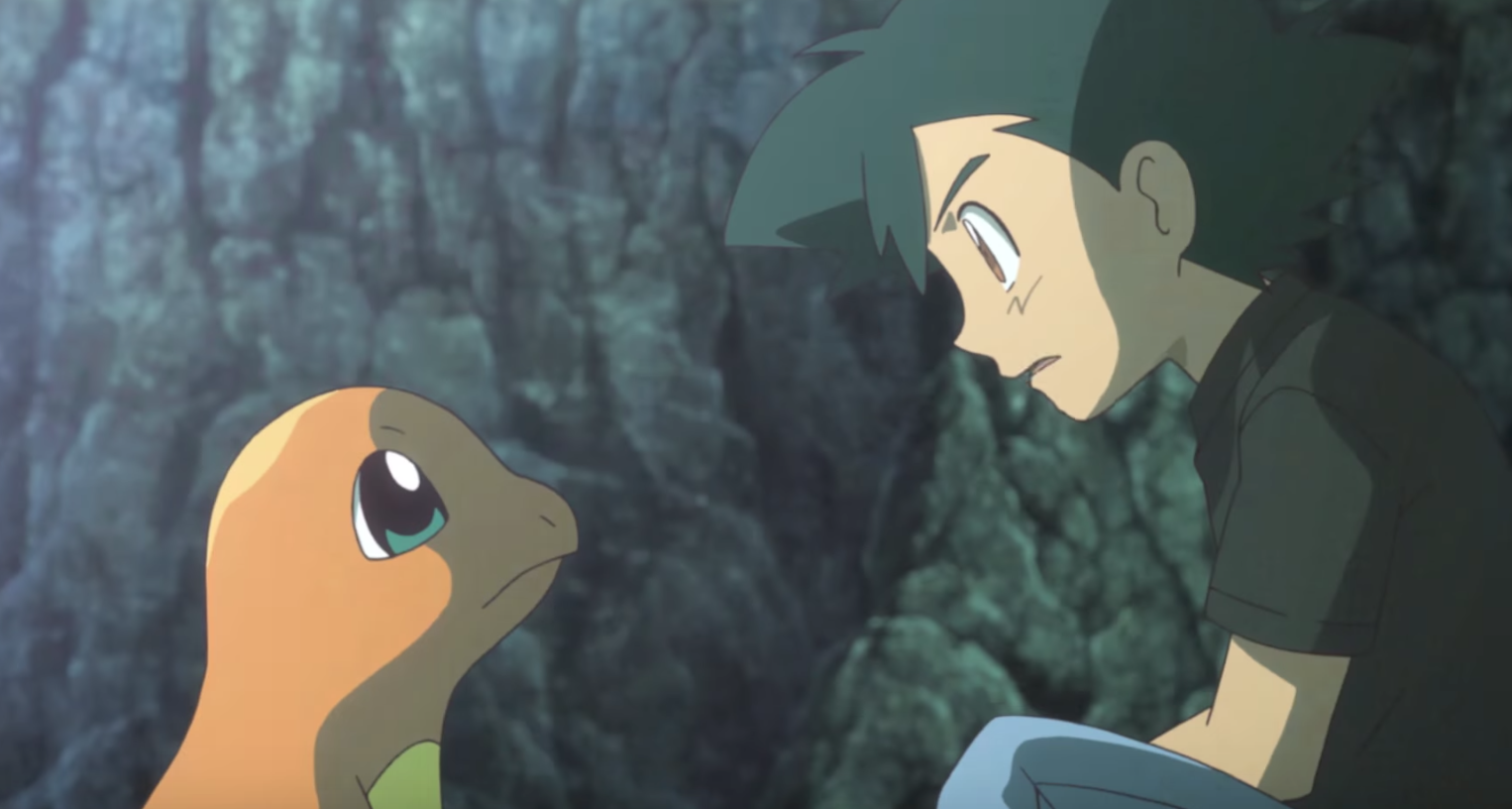 Narratively, this movie is on speed. It tries to cram a lot of plot into an under two-hour movie whilst trying to be fanservice to older fans AND a standalone film at the same time, and the combination is noticeably jarring. This is most prominent when it comes to Team Rocket, who only show up to get blasted off three times whilst never meeting Ash or having any impact on the plot whatsoever, but it also extends to anyone in the movie that’s not named Ash. Verity gets like a few seconds of backstory about how her mother is so much better than her before simply being their to provide moral support and the occasional Lapras to ride, and while Sorrel doesn’t have it that bad, he’s still nothing more than the smarter moral support character. Despite only appearing in a few scenes, Cross has more of an arc than either of them, and it’s a very basic “rival character learning the good guy is right” one as well, so not really much of a surprise with him even if it’s decently executed for the most part.

Pikachu also sort of flip-flops between being a co-star and being just there, especially when it comes time for Ash’s other two Pokemon in the movie to shine. If you know the show, you know that Caterpie eventually becomes a Butterfree and parts with his trainer after finding a pink mate whilst Charmander becomes a Charizard and thankfully doesn’t become disobedient in this interpretation. Both Pokemon are well-developed with the screen time they’re given, but it doesn’t seem like the show really knew what to do with them in terms of the overall movie besides being a part of Ash’s growth. For example, after Charizard wins a pivotal battle in his character arc, he’s instantly relegated to being ignored by Ash in favor of Pikachu, who until then barely did anything. It’s a little hard to describe in wording, but trust me when I say that you’ll notice it whilst watching the final act of the movie.

But it’s not just the characters who feel like they’re one-and-done. A lot of the set pieces feel like they were mostly thrown in to be cool rather than because they fit the story. Random Pokemon battles along with the Erika gym leader challenge make sense because you want to establish that Ash is a competitive person. But then there’s Marshadow and how he seems to flip between being a good guy or a bad guy depending on what the plot demands, as well as a laughably cringe-worthy scene involving Pikachu that I won’t spoil, but let’s just say that’s not the voice I expected. Also, do you remember what happened near the end of the first Pokemon movie? Yeah, it’s back again, and there’s one other tear-jerking scene that was quite nice as well. 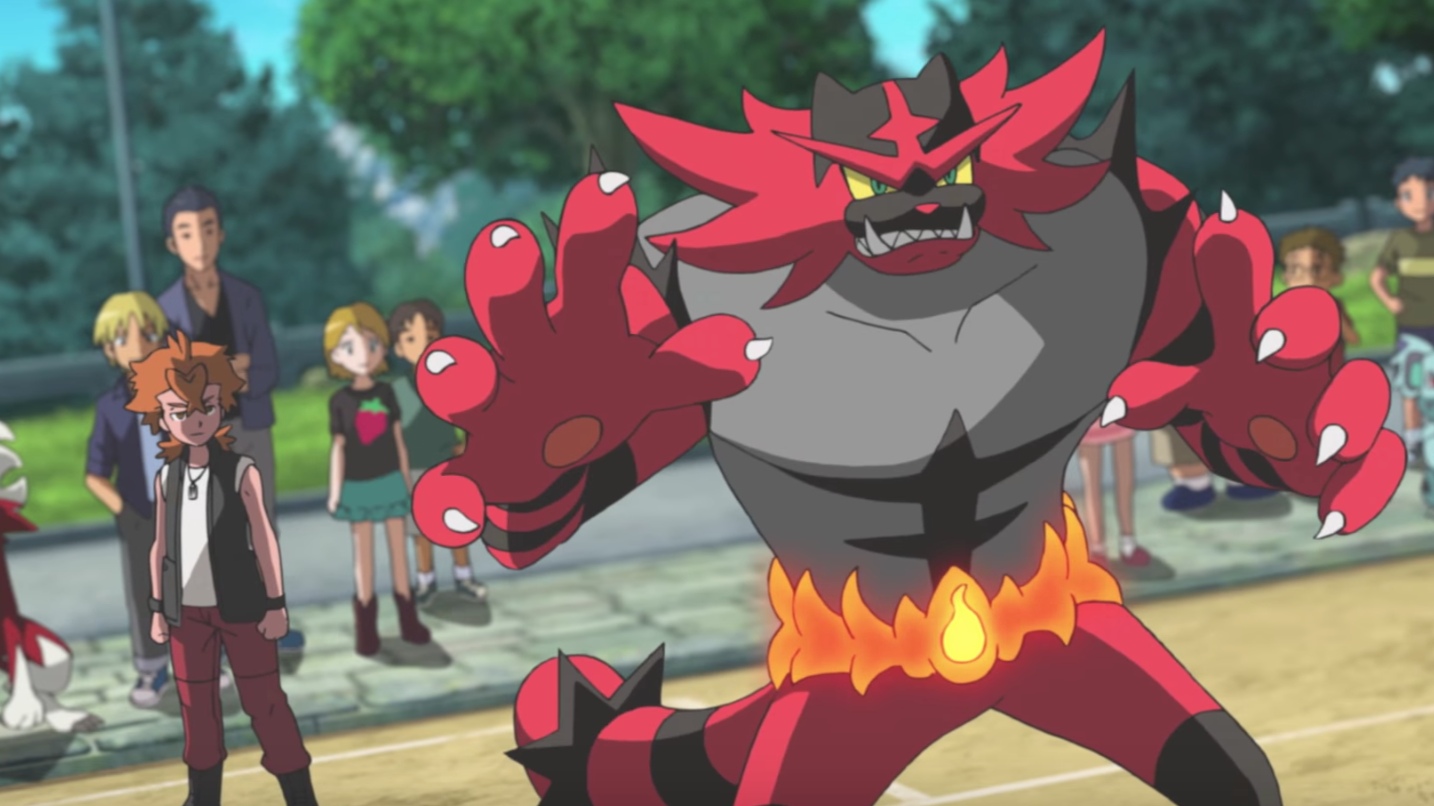 I did like one set piece where Ash dreams about a world where Pokemon didn’t exist and he goes to a generic Japanese school where the starters are replaced with color cars. It doesn’t go anywhere, but it does raise some self-awareness on how ridiculously dependent on Pokemon this universe actually is. Where exactly are all the people who are indifferent to those little bastards anyways? Whenever one shows up in the anime, they inevitably get into Pokemon as part of their character arc like May in the Hoenn generation and that new main girl in the Sun & Moon anime.

Visually, this movie is great. There’s no “technically good but soulless animation” that’s plagued the other non-Monogatari anime franchise films this year here. Any animation errors that might have been in I Choose You slipped by me, the action scenes are dynamically engaging, and while there is some noticeable CGI, it only really distracted me at the beginning of the film. Basically, it actually looks like a movie rather than the “somehow looks worse than Ocean Waves and that was actually made for TV” feel that Sword Art Online: Ordinal Scale and One Piece Film Gold had. So if you’re dragged to see this by your kids, hopefully the pretty colors will distract you for five minutes before the rest of the screentime leaves you confused.

Because despite all the effort, there’s no getting around how this movie is impenetrable to anyone who’s not familiar with Pokemon, and even then, you’d have to be more familiar with the show than the games. Most of the universe is only explained in one or two sentences. The cameos don’t make sense if you never kept up with the series’ nearly twenty-year run. The Ho-oh lore is too oblique to be intriguing. I Choose You is strictly for fans only, and it knows it. 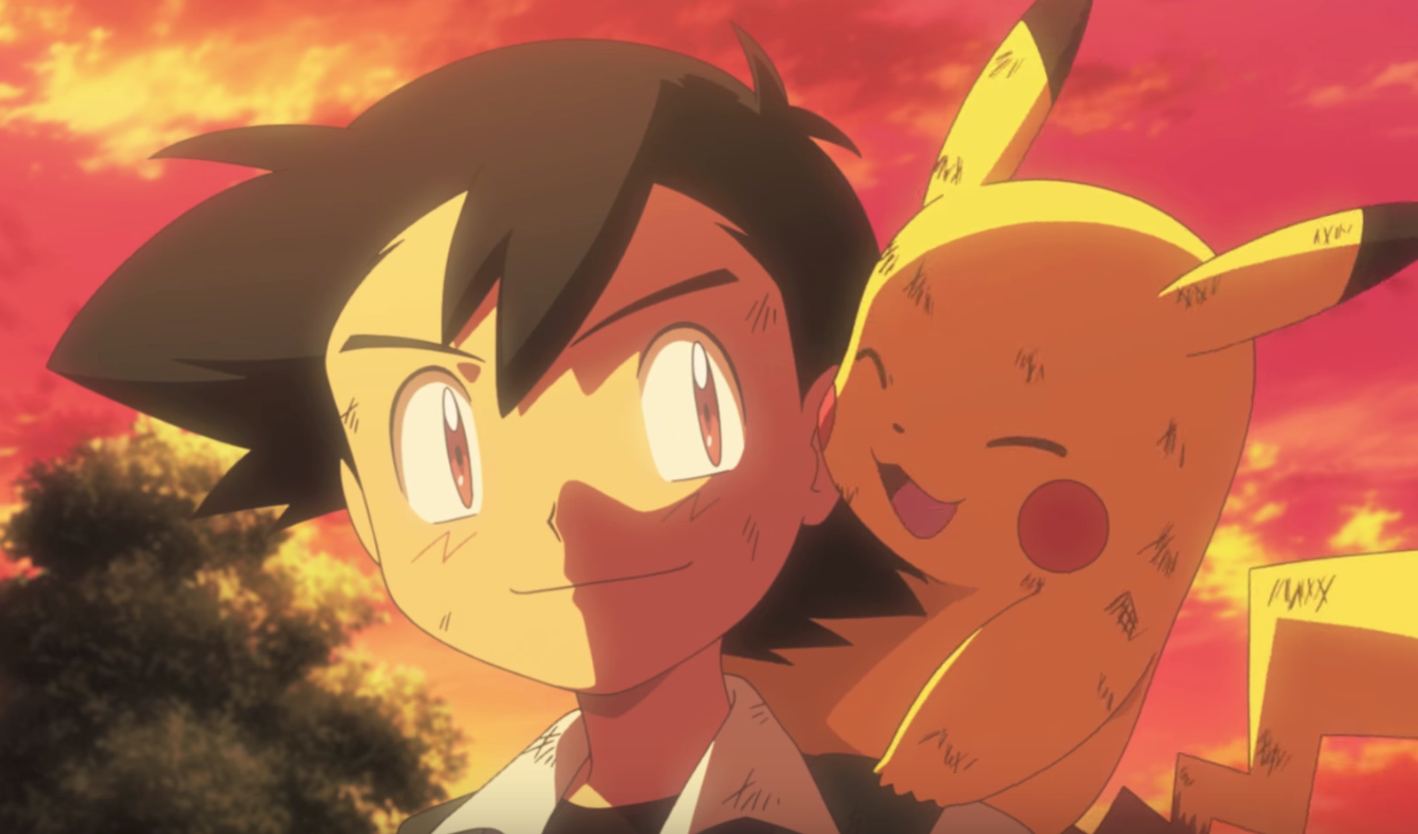 In terms of other anime franchise films and even certain Hollywood ones, I’d say this movie definitely one of the more entertaining products. In addition to the amazing production, this movie gets its source material and understand it needs to be more than a crutch for a paint-by-numbers plot like the majority of other Pokemon movies. Despite its very obvious faults, I had fun watching the movie and so did everyone else in the theaters I went to (certain circumstances caused me to see the film twice). So I’d easily recommend this thing to fans, but anyone who doesn’t care for Pokemon is probably better off seeing the new Thor movie for the fifteenth time. 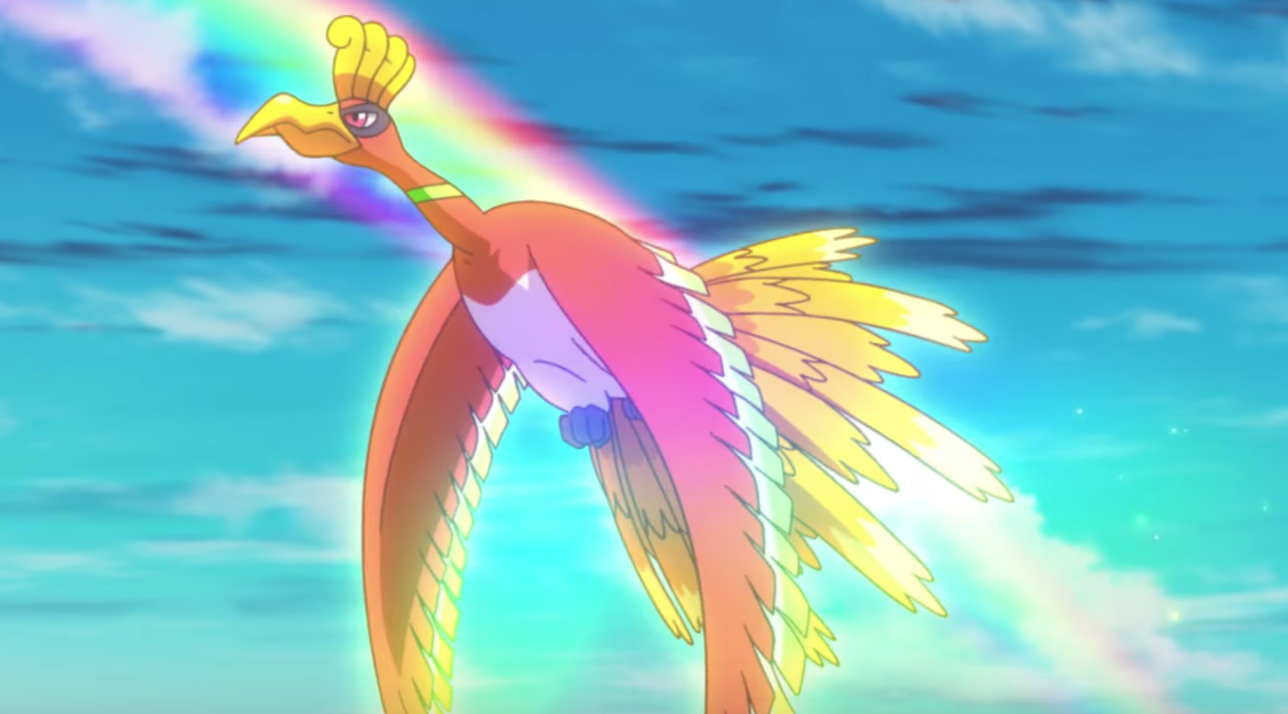 2 responses to “Anime Review: Pokemon I Choose You! — Rainbows Everywhere”