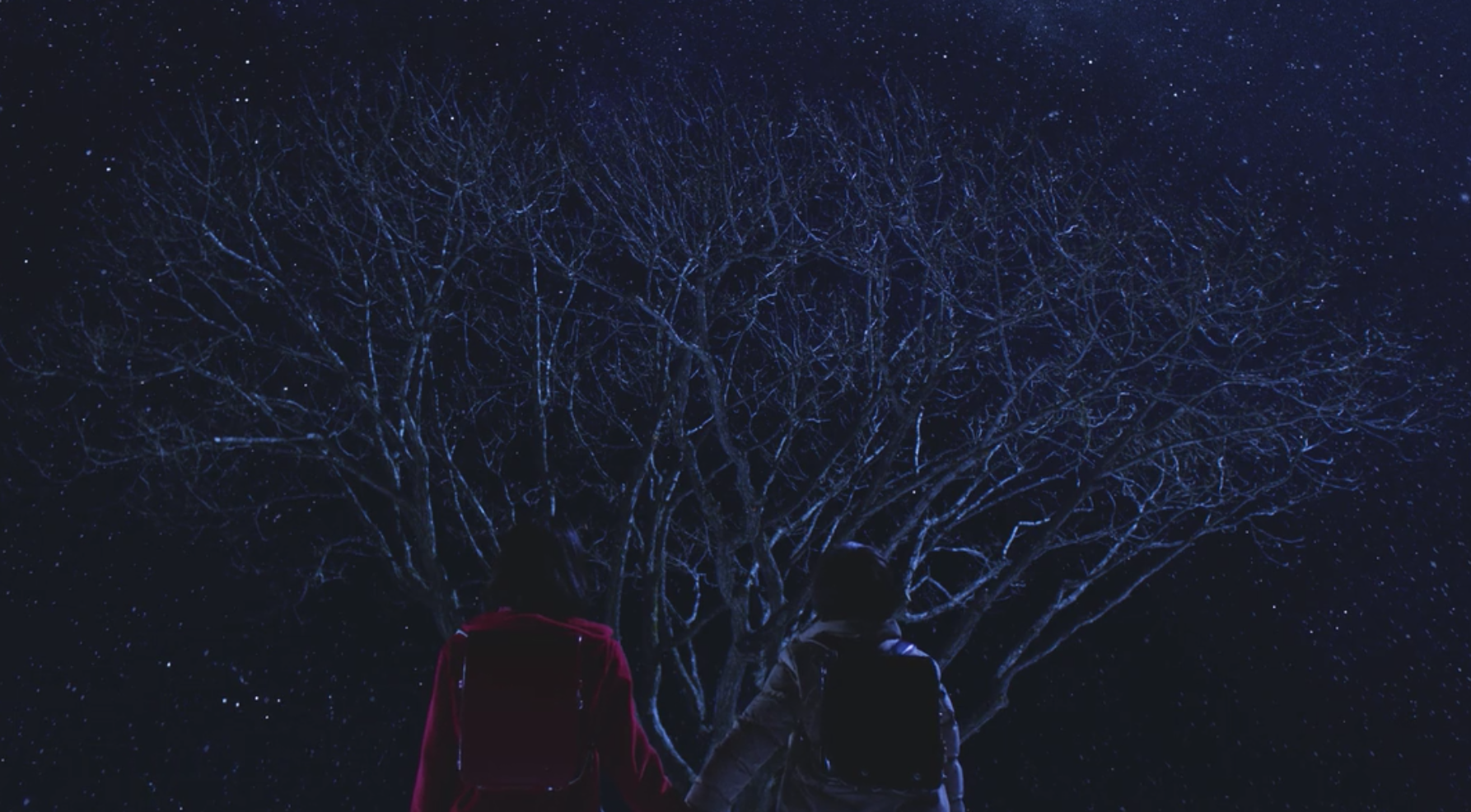 This property will never be erased from the public consciousness, will it? 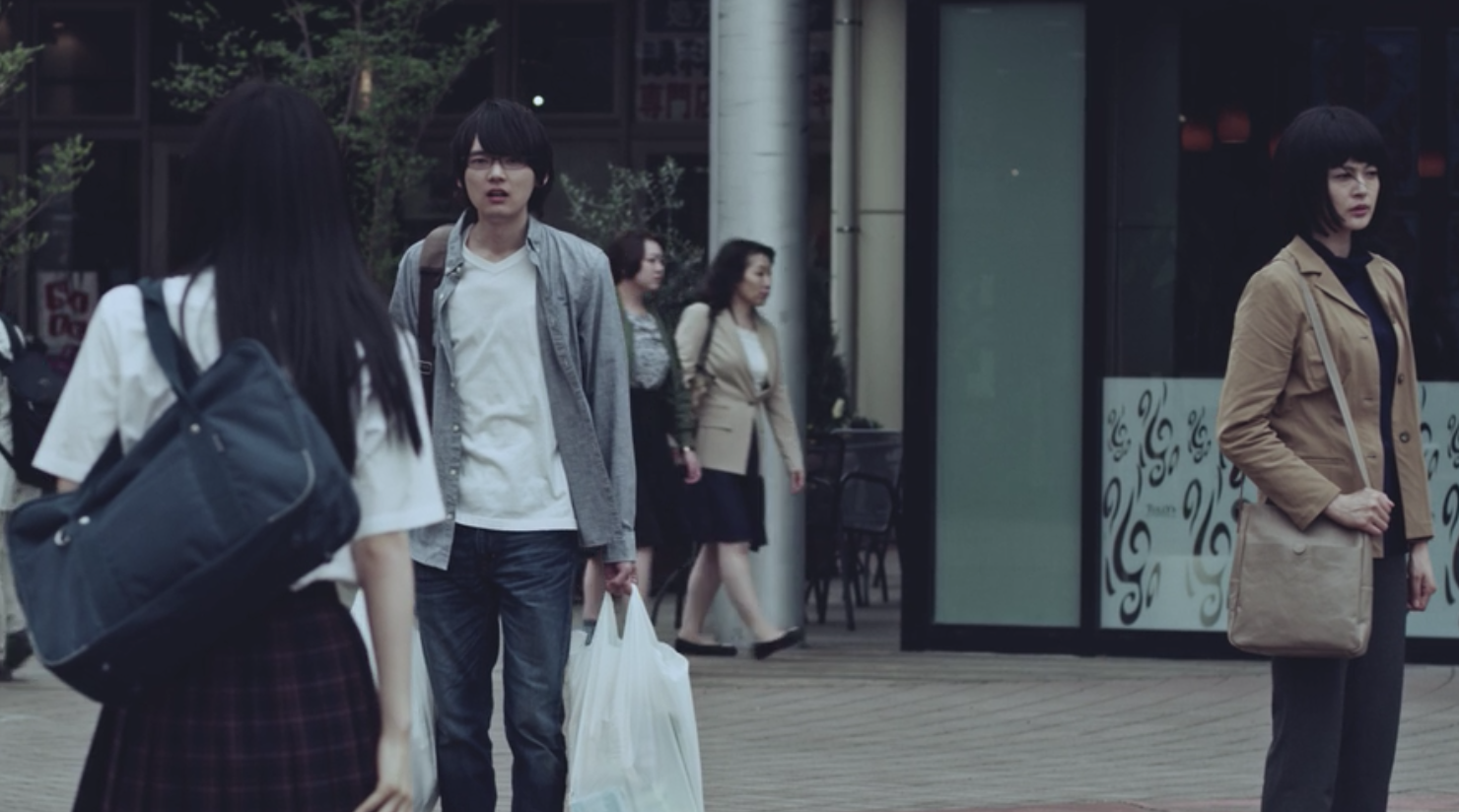 I’m not really sure how big ERASED has gotten since its anime debut in 2016, but it was an abnormally large show when it first came out, and it’s maintained a fair amount of popularity since then even though most fandom circles don’t really talk about it anymore. There’s quite a few people – including big Youtube celebrities like Chris Stuckmann – who consider it to be one of the greatest anime of all-time. It’s picked up the inevitable large hatebase that always surrounds a popular work. There was a movie adaptation that was about as well-received as Daddy’s Home 2. And now we’ve got the inevitable Netflix series, which has been advertised as being 100% faithful to the original manga without any of the adaptation changes the previous two attempts to visualize the manga went.

If you want to know my opinion of Japanese live-action dramas, prepare to be disappointed when I say that I have no real opinion of them. There aren’t a lot that I watch, pretty much every one that I’ve seen that also had an anime adaptation from the live-action Ouran Host Club to the live-action Arakawa Under the Bridge has felt pretty stale with the obvious exception of the Nodame Cantabile drama, and quite frankly I have no idea what circles or websites you’d have to hang out in to get familiar with the stuff (note: DramaWiki and MyDramaList.Net are useless). Nevertheless, I’m not opposed to them, and the idea of revisiting the property to see how it held up after the hype has died down intrigued me, combined with wondering how ERASED would fair without the medium of animation to bedazzle us with visual tricks that live-action can’t accomplish. So let’s not waste any time and delve right into Netflix’s ERASED series. 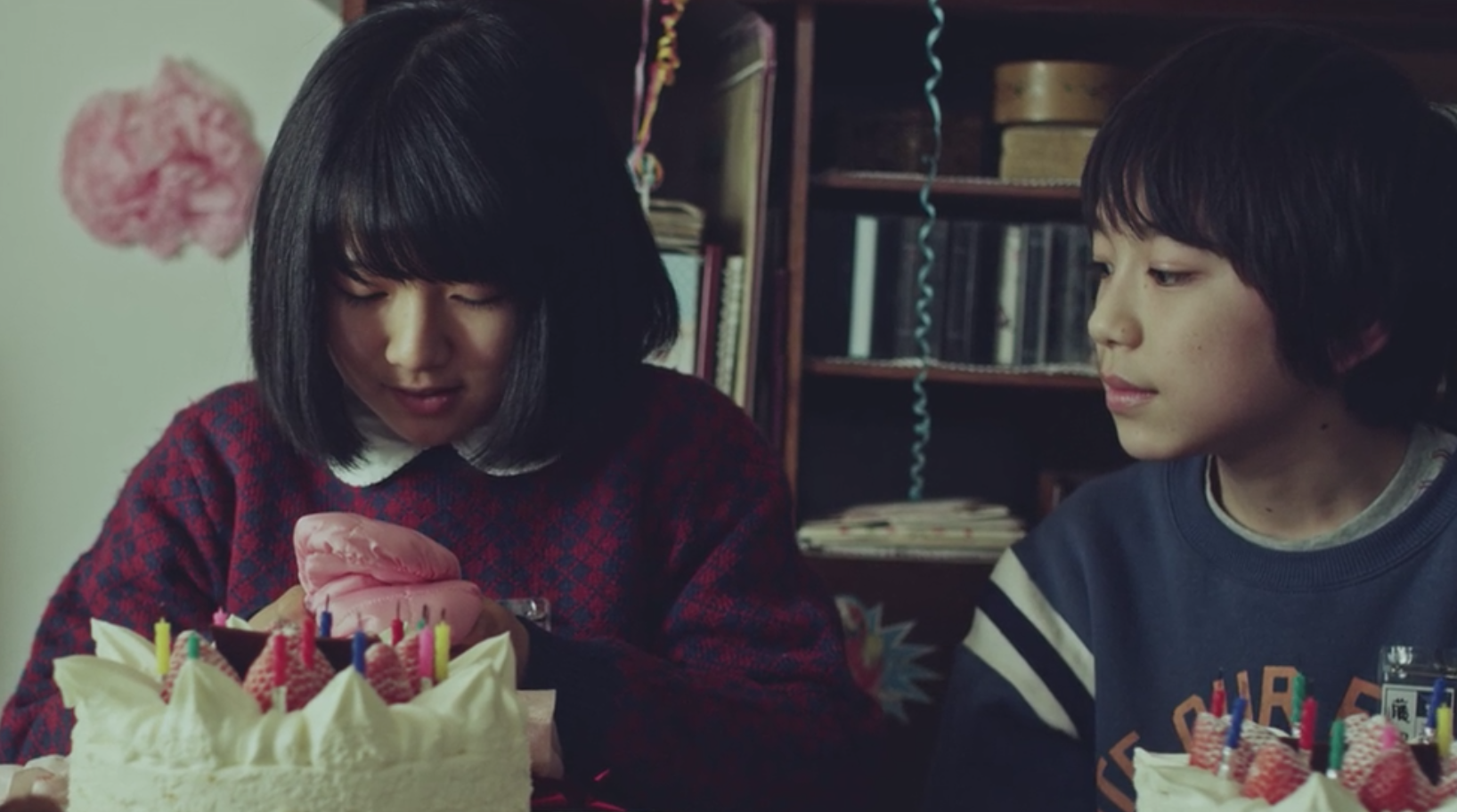 The premise of ERASED is pretty simple stuff at a glance. You have a man nearing his thirties named Satoru who works primarily as a manga author whilst delivering pizzas on the side. He has the special ability to travel back in time in order to prevent deaths before they occur – an ability that is never explained and only exists so that the story can have a time travel element – and ends up traveling back to his elementary school days when his mother is killed and he’s framed for the crime in a way that Enma Ai would call bullshit on. Determined to save his mother whilst also coming to the conclusion that the culprit is the same person responsible for the serial killings that claimed the life of two girls and one of his childhood friends (somehow), Satoru decides preventing the victims from being killed would be the best course of action. As such, he tries to befriend the two girls whilst conveniently putting Hiromi to the side since he’s already friends with him, with a large amount of the focus on Kayo because that’s how the author wanted it, I guess.

This leads into an arc that’s oddly reminiscent of visual novel routes where you choose one girl out of several to have a story. A large amount of screen time is spent on Satoru trying to save Kayo from her abusive mother that’s oddly divorced from the overarching mystery that’s supposed to be driving the show’s narrative forward. Said mystery briefly comes back when Satoru goes back to the present after his first attempt at getting a happy ending with the girl fails, but then it gets put to the side again after he gets a second chance. Then Kayo’s story ends around the halfway point to make way for Satoru discovering who the killer is and coming back to the present the hard way in the process, which leads to a series of episodes centered on him recovering and trying to corner the killer one final time. It feels very grab-baggy when I write it out, and unfortunately that adjective is true for the series as well. What looked like a simple narrative at first glance becomes an overcomplicated mess when you really start to examine it. 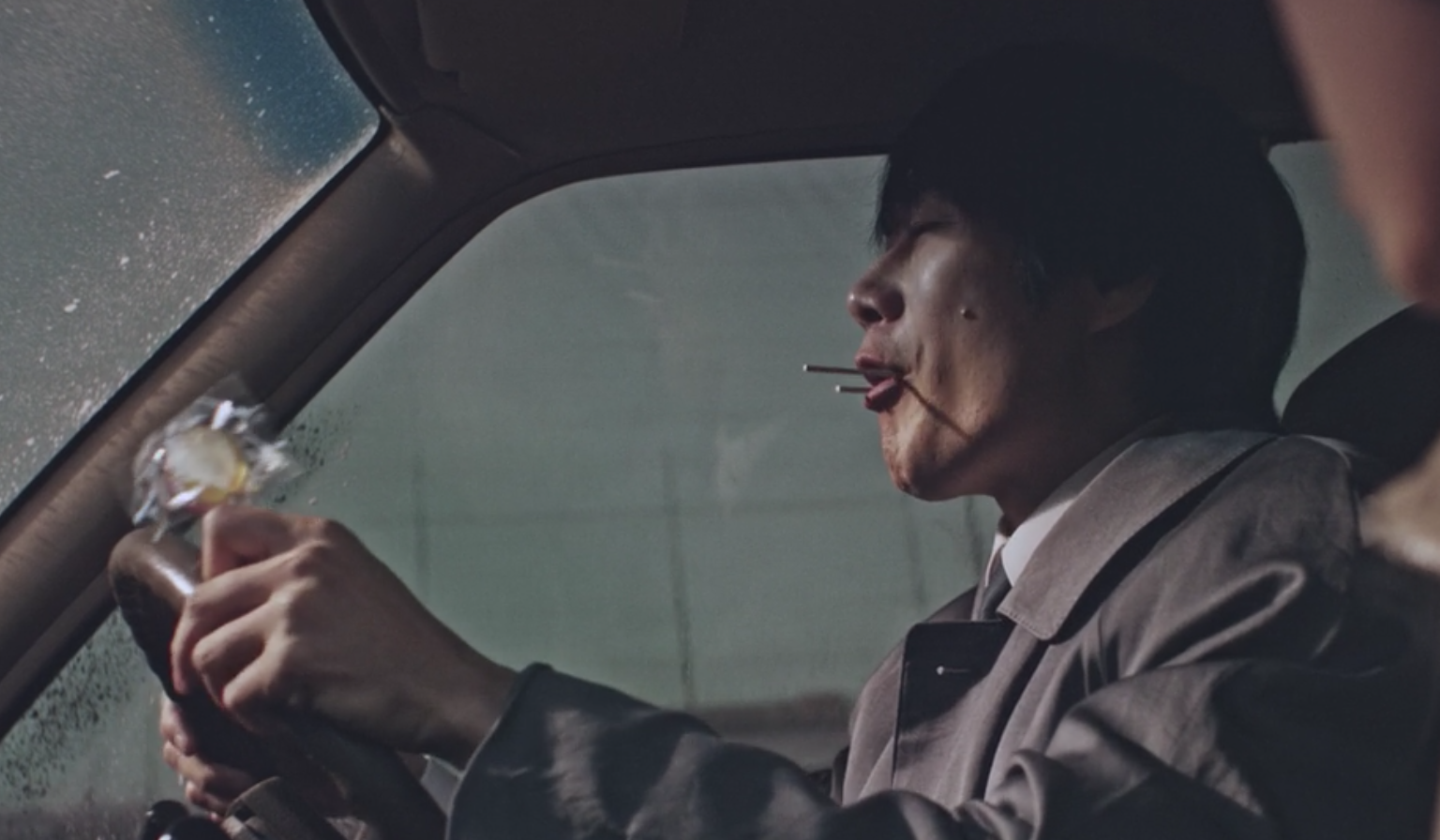 If you’re a fan of either the original manga or the anime adaptation (I doubt anyone who reads this is a fan of the movie), then you might be pleased with how the creators behind this series did their best to faithfully recreate most of the scenes and characters that you loved from them. None of the actors aside from Kayo and adult Satoru actually look like their drawn counterparts, but you’ll still recognize their personalities when they appear from Kenya’s adult nature to Satoru’s mother’s take-charge attitude. And yes, that famous “winter tree” scene I see all the freaking time whenever someone brings up the series is in this too. I think like 90% of convention artwork for ERASED has Kayo on it and 50% of said artwork has that tree.

The plot is, naturally, retarded. This is ERASED we’re talking about here. Saying that property is well-written is like saying North Korea isn’t the national equivalent of an Internet troll, and revisiting the property again in live-action makes me realize just how stupid a lot of the narrative decisions were. Like how Satoru gets framed for his mother’s murder due to incredibly circumstantial situations that Ace Attorney would call bullshit on. And exactly how did Satoru think that being friends with Kayo would save her from getting murdered? There’s being unrealistic and then there’s just a pile of set pieces the author wanted to put into the narrative with no foresight regarding how to string them together, which unfortunately becomes too apparent that the loopy logic sort of becomes an afterthought.

ERASED in live-action is more plot-heavy than the anime, and that really does not help the show by any stretch of the definition. You may recall that interview the director of the latter recorded where he said he placed more emphasis on the emotional side of the source in order to enrapture viewers, and boy was he not kidding. In this “more faithful to the manga” adaptation, Satoru doesn’t spend much time adjusting to being a kid before we get thrown straight into the “save Kayo” storyline, and he makes it very clear early on that he’s only looking after Kayo to prevent her death as well as his mother’s, which makes the emotional scenes between them ring incredibly artificial, even for something that you know is fake to begin with. His scenes with her tend to come and go, and nowhere is this more apparent than when her arc ends halfway through the show and she comes back as just another one of Satoru’s friends to help him with another girl who we barely get to know before the killer figures out his plans and leaves him to drown. 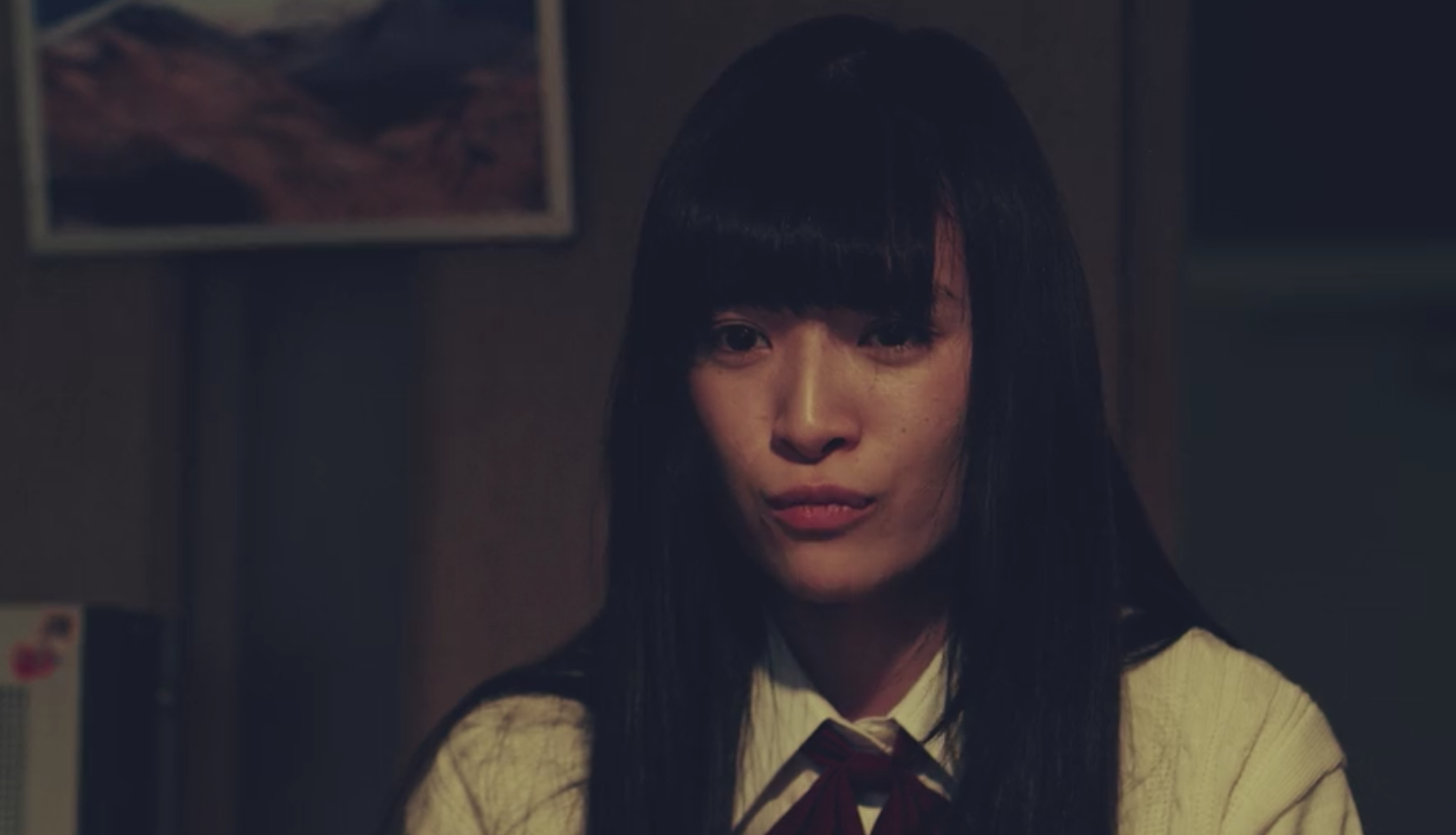 There’s barely any actual mystery in the show, not helped that the killer couldn’t have been more obvious if he was played by Billy Zane. Most of the anime is just Satoru running around trying to prevent the victims from being killed rather than making progress on who the killer actually is, which wouldn’t be so bad if there was anything more to these distractions than basic plot beats, but as you probably guess from what I’ve written, that is basically what the majority of the show consists of. A lot of the deeper issues the show touches on like the importance of community and parental abuse have all been greatly simplified to a very basic “it exists” level, so there’s no greater meaning to extract from a majority of this show besides Satoru is a dull protagonist. You may recall that the anime adaptation lost me around the fifth episode when I realized how badly the show falls apart without Kayo around. And since Kayo’s material is not executed correctly here, plus the live-action adaptation didn’t bother to improve anything else, I had to force myself to finish around the second episode and boy did those six hours feel like twelve.

As for the new material to those who’re only familiar with the anime, the second half of the show is basically centered on Satoru recovering from a really long coma whilst also trying to remember who it was that sent him into the coma in the first place. And I’m going to have to be honest, I preferred the anime’s theatrical stupidity over what’s assumed to be the original manga’s version. Part of the problem is that there’s not much excitement to be had in seeing Satoru recover because it doesn’t contribute anything to the story other than “recovery from a coma takes a really really long time that you could have easily trimmed out”. Plus, even though Kenya and such still try to make their own progress on solving the mystery during this time, they’ve already revealed who the obvious killer is at that point and they didn’t do a good job characterizing him as anything more than a very basic lunatic.

Even that nonsense where the killer tries to act like the Joker to Satoru’s Batman was preferable in the anime, because the live-action adaptation tries to do it too, except rather than dropping Satoru off a roof and onto a trampoline so the police could have evidence on him, the cheesy confrontation scene in this version consists of the killer trying to commit mutual suicide with the protagonist by burning a bridge with explosives. I’m sorry, but I’m completely convinced that anyone who calls this show perfect obviously did not watch it all the way to the end. There is no way anyone could call this show perfect when you have a final climax that’s basically the equivalent of killing Sephiroth in Final Fantasy VII by strapping him to a rocket and launching him into space. Especially considering how many factors of that plan go wrong with the main one being that explosives don’t work that way. You can set fires with them, but on a bridge that narrow, you’d blow up the entire bridge and everyone standing on them with it before it comes to that. How did the killer even set those up in the first place? And while the police are pretty goddamn stupid in this show, I find it hard to believe they’d risk a civilian getting blown up just to catch a dude. 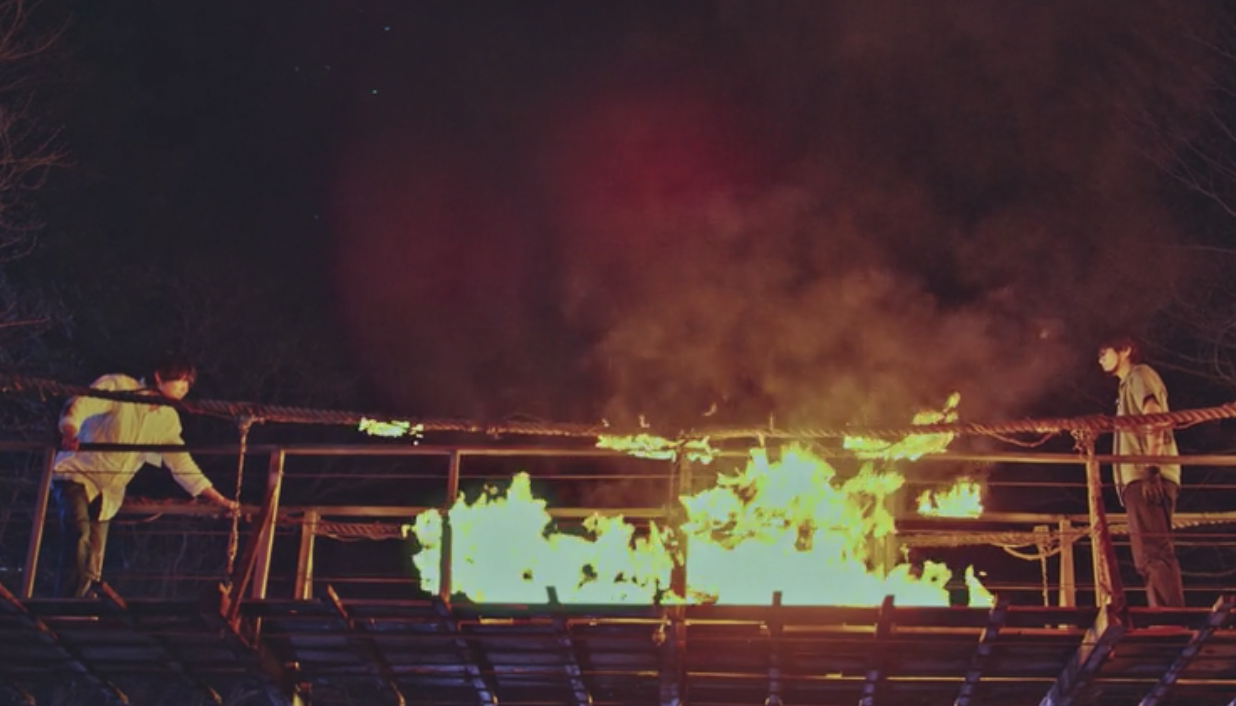 Do I even have to go any further regarding why this show is bad? The plot is ridiculous. The characters are not developed. The show can’t decide what genre it wants to be to the point that it succeeds at nothing. It doesn’t improve on the anime adaptation that most people are familiar with in any way. And while the show looks nice, everything just seems to be on auto-pilot.

It’s just another boring attempt to promote a successful property with nothing new to add to the table, not too dissimilar from practically everything Eureka Seven-related after the series finished. So for the love of god, can we please just erase this series from our minds forever now? We can still have the beautiful artwork at the conventions and such, but stop making more adaptations of this property, please? 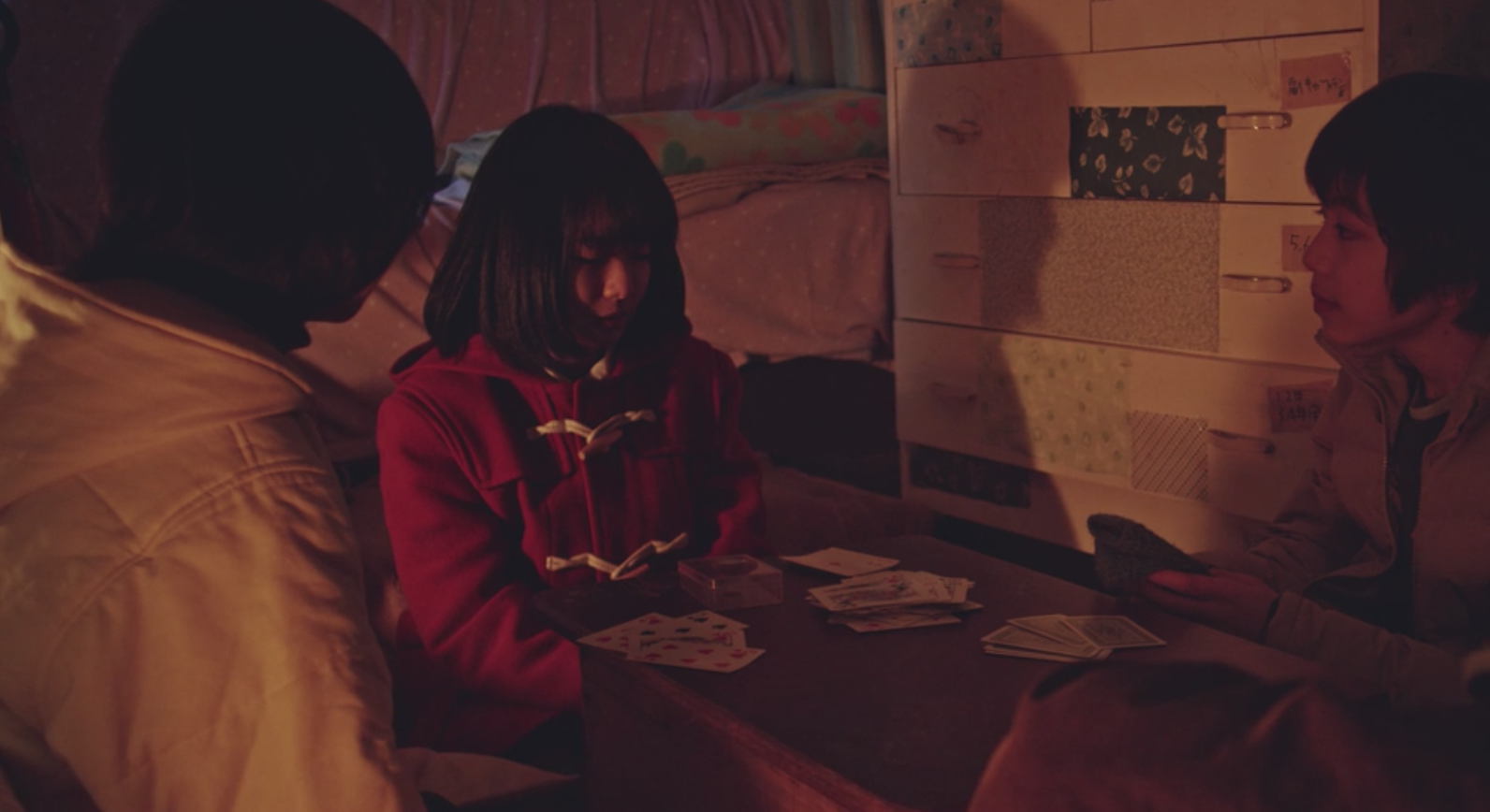