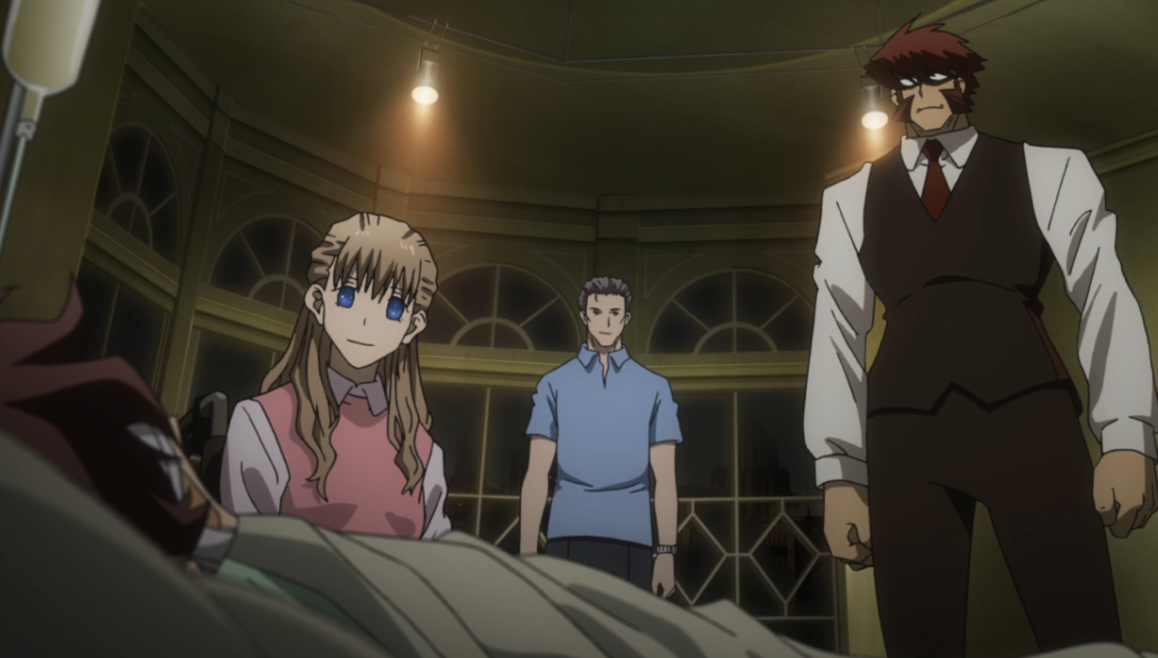 It’s almost time for the holidays, so let’s squeeze in one more review regarding an anime that seems to always be in a festive mood.

Back in the early years of anime, there was a good amount of demand for episodic shows that were light on plot and heavy on energetic variety with the various Lupin series, Dirty Pair, most of the early Shonen Jump stuff, and Patlabor amongst others. They weren’t exactly comedies in the vein of something like Ranma, but they didn’t really have any reason for viewers to keep watching besides throwing characters you grow familiar with into various set pieces and seeing the results. Even when shows had on-going plots like Galaxy Express 999 or Mobile Suit Gundam, the creators also tended to have a desire to keep them going for as long as possible, which led to a lot of filler episodes and the occasional arc fatigue. It’s not an inherently bad structure, but it’s very risky because it takes a lot of talent to even make a good anime series that’s thirteen episodes long, let alone something over the hundred-episode mark with structure. And anime don’t exactly have the same production schedules that Steven Universe does when it comes to brainstorming ideas to entertain an audience week after week.

I’m bringing this up because when it first came around, Blood Blockade Battlefront was seen as a return to that old time period and received a lot of acclaim from nostalgia-heavy anime lovers who still try to insist to me that Kimagure Orange Road isn’t an incredibly dated romantic comedy with more annoying filler than the post-Season 2 era of Dexter. Obviously the acclaim went beyond that because it was a really popular show in Japan as well, but that’s the one praise I hear that doesn’t involve judging the creators of the show over the actual product. The show garnered a fair amount of backlash upon initial airing – including from me – due to how it didn’t seem to want to use its potentially interesting set pieces for anything of a higher level than an art show exhibition, but said audience has since been drowned out by the drooling sakuga fans who wanted more of the show’s beautiful-looking lore and fun characters, because who cares about plot, right? Despite me arguing otherwise, they insist that that episodic style of storytelling from the old days is not an outdated relic of the times. In fact, I even read a random comment online that said anyone who judges anime by whether or not it has a good story is stupid. 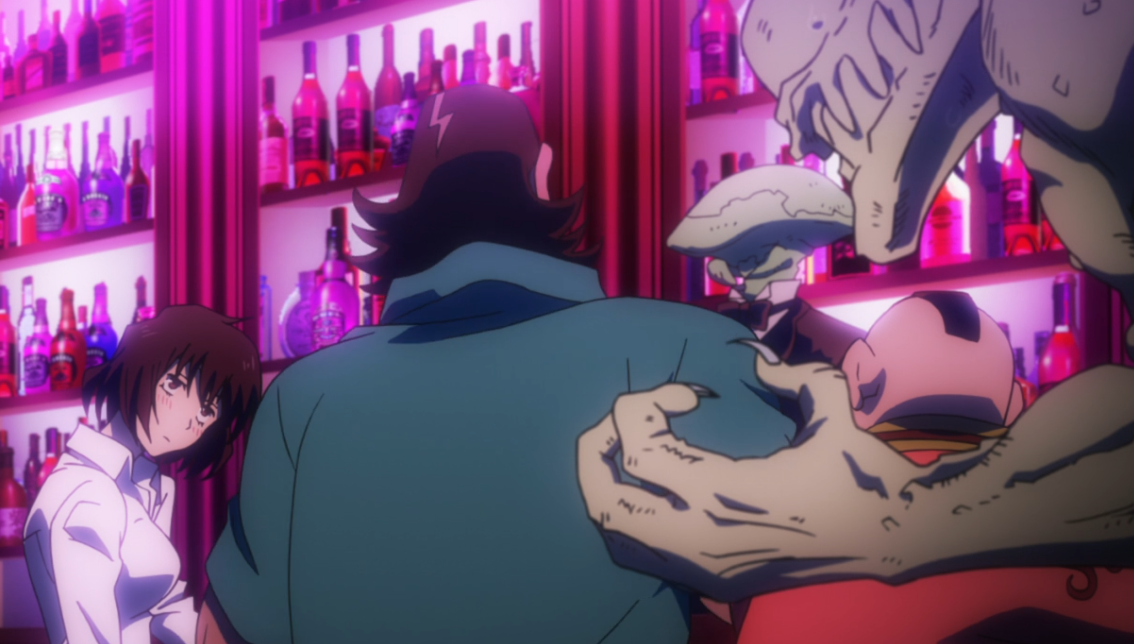 Well you certainly have high respect for this medium, don’t you random commenter?

Blood Blockade Battlefront, and consequently this sequel, is a show about a group of super powered individuals who deal with the random troubles that occur in Hellsalem’s Lot, which is basically a supernatural version of New York City. And…that’s it. There is nothing else to say about the show’s premise beyond that because it has no plot. It has a few overarching threads like the main character Leonardo having cursed eyes and his sister also being inflicted with a similar curse, and…actually no that’s the only overarching thread of this show. Otherwise, the anime is “just troubles happen in the city, the BBB deals with them, and credits roll”.

Like I said before, BBB is written in the same style as those old-school anime that focused more on set pieces over story. And even then, it belongs to a specific subset of that genre that doesn’t even bother with having some semblance of forward momentum like Garo: Vanishing Line and, to a lesser extent, Girls’ Last Tour. The only commonalities between episodes is the setting and the characters, although technically the stories do share a common theme as well. It’s just that said theme is “isn’t life and freedom fun?”, which happens to be the same theme as the latest Kino’s Journey. And yes guys, I did watch that horrible final episode with the sheep in it. 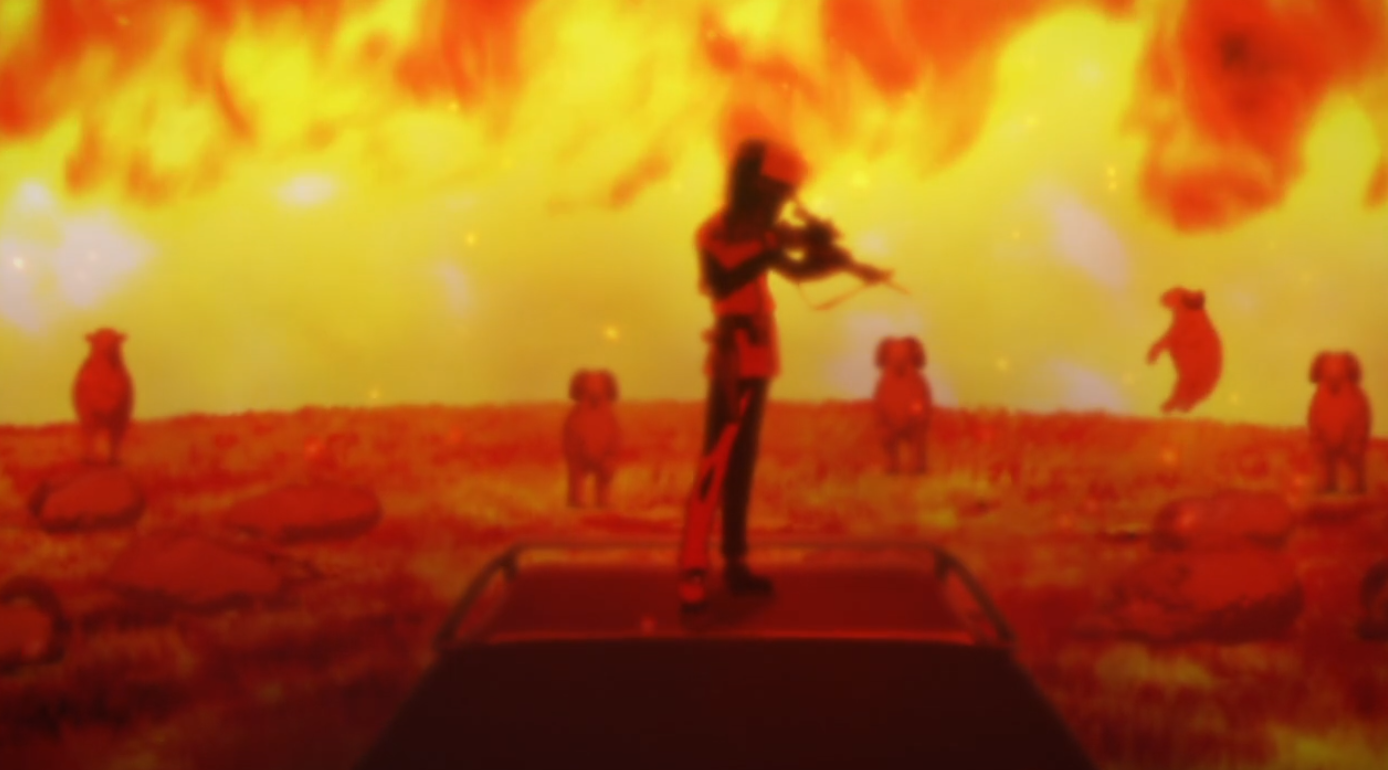 Why am I reminded of that Psycho-Pass 2 episode with all those immigrants being burned alive?

So if you’re wondering what’s changed in-between this installment of BBB and the last one, Beyond is structured more like an episodic comedy and the artistic direction is more on the wild side of things than the faux-thoughtful atmosphere of the first season. As such, it’s a little easier to buy the show’s directionless energy, although it hasn’t made Leonardo’s yelling any more bearable. The action scenes, unfortunately, are still a load of “is that a motherfucking Jojo/Fist of the North Star reference” shit. Once again, we’re treated to neat compositions setting up the action, only for the actual blows to take place off-screen so all we see is the final result accompanied with an annoying subtitle spelling out the move’s name. Someone want to explain to me why it’s so hard to animate the ice actually freezing people or the giant fist to actually land on a bad guy? Is it some weird censorship thing like Danganronpa’s pink blood?

The episodic stories are definitely more self-contained than I remember, probably because all the important setup has already happened, so the series can now expand on its concepts rather than introduce new ones. Although they’re still a little too self-contained in that there’s no continuity between them at all, including when something serious happens in Hellsalem’s Lot. Whenever a building gets destroyed, let alone when an apocalypse happens, all the damage will be fixed by the start of next episode. And since nobody dies in this show, plus all the injuries are as permanent as Hellsalem’s infrastructure damage, there’s effectively no tension in anything that happens, which means the show can’t hold itself up as pure action camp.

Basically, despite some improvements to the formula, Blood Blockade Battlefront was still as boring and pointless a show to me as it was back in 2015. I generally don’t read other people’s reviews before making my own that so that my opinions can be unique to this blog, but given the show’s popularity and me not wanting a repeat of what happened when you guys didn’t take to my Recovery of an MMO Junkie review well, I skimmed through paragraphs of lore dissection and character tributes, trying to get an answer to one simple question: what the hell is all this lore and character focus for? 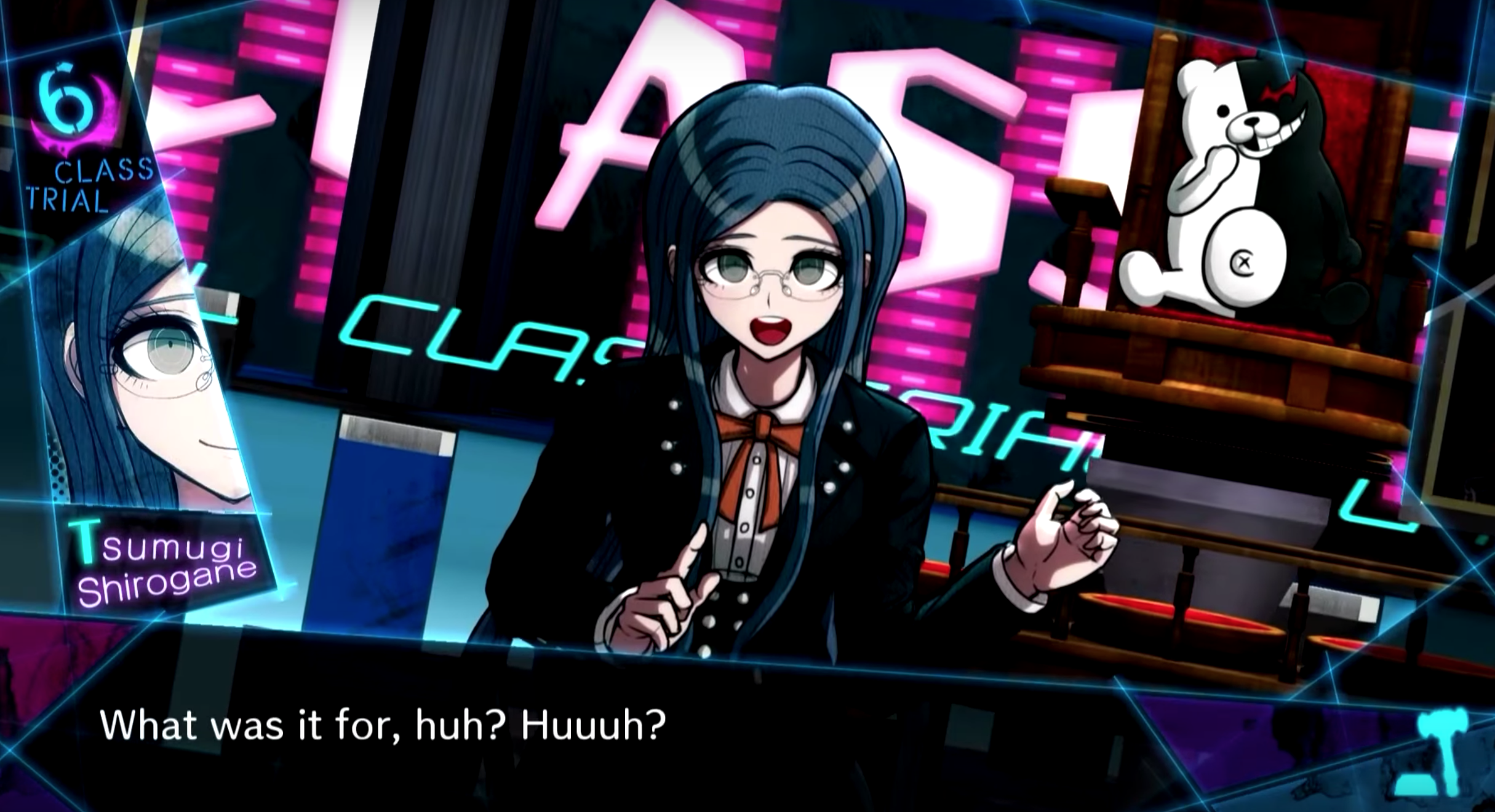 Unfortunately, most of the positive response loved the lore and characters for their own sake, and frankly both aspects of the show can go eat shit. Beyond devotes more screen time to characters like Chain and Stephen – who in the first season were mostly introduced to look cool and swoon fans’ hearts, only to disappoint them by just being in the background for a bunch of anime-original characters that had about as much impact on the plot as the pineapple pizza meme had to humanity’s mental health. But don’t expect any good character revelations to come from them, because all the increased screen time has done is make me realize just how utterly shallow and dull they are to see in action.

Blood Blockade Battlefront & Beyond still hasn’t figured out that having an entire cast of characters consisting of nothing but badasses is a stupid narrative decision that you should never do because that means sacrificing character flaws and pathos, which in turn sacrifices my attention span. Do you know what we learn about Chain from her experiences with the spy group? That she’s the most powerful of them all and doesn’t give a fuck. Do you know what we learn about K.K. when she gets focus? That she’s a badass mother who has a hard time balancing time with her son and shooting monsters in the face. Riveting characterization. Next we’ll have an episodic story telling me that Leo is in his teens. Or that Stephen has a best friend who he has a secret gay fling with. 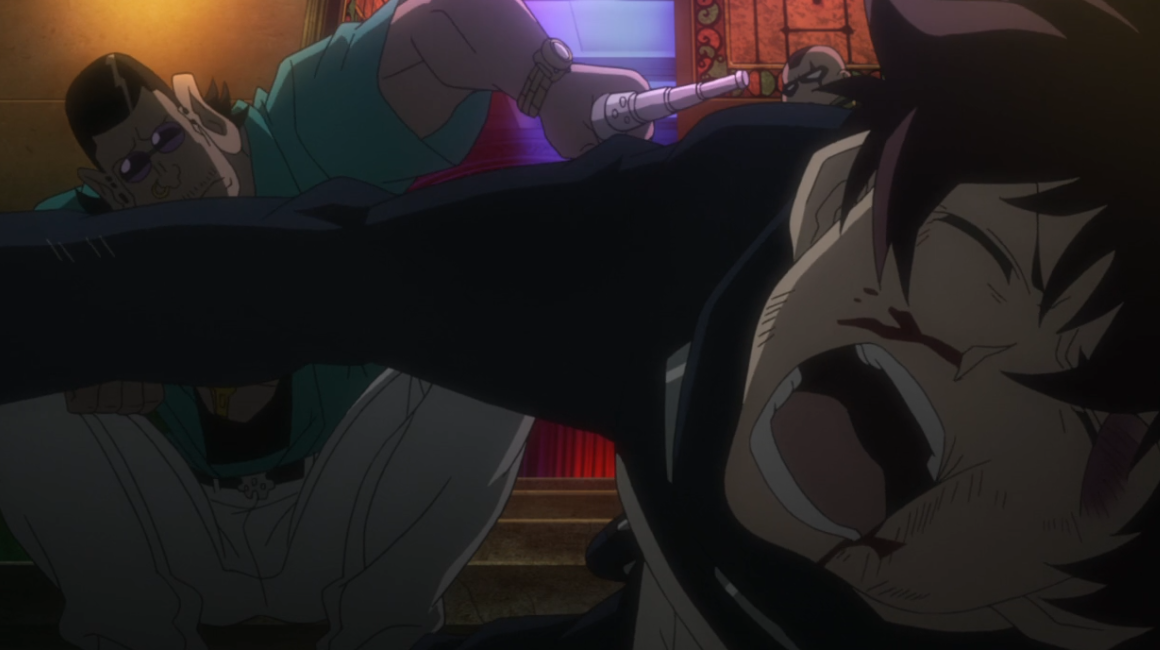 Of course, Leo is still the main character that’s supposed to be growing over the course of the show, which makes things very hard to buy when importance is placed on his eye condition because he doesn’t seem to have anything resembling a character arc. Things just happen to him, he reacts, he mostly has to get bailed out by the other BBB members in order to deliver some sort of “you need to depend on others” message, and that’s pretty much the extent of his growth. This really comes to a head in the two-part finale where it tries to give a conclusion to his non-existent journey and all I can do is stare blankly at the energy on screen because it felt as earned as giving your son who consistently earns C’s his very own Nintendo Switch. Sure you didn’t give him the actual games, but it’s still a freaking Nintendo Switch.

As for the setting, despite all the energy on screen, it feels incredibly empty. There’s no sense of individuality or purpose contained in the visuals. I recognize the religious imagery and such, but I have no idea what the aesthetic is actually for beyond the creators thinking it looked cool. And the monsters may be imaginative on the outside, but they’re nothing more than cannon fodder on the inside. Why on earth would I want to dissect the lore of Hellsalem’s Lot when it’s nothing but noise? Where it doesn’t have anything interesting to say about illegal immigration or religious differences or the billion other story possibilities you could do with a supernatural New York? Where the inhabitants are about as threatening to the characters as North Korea is to the entire world?

So in terms of what I’d want out of a plotless comedy, Blood Blockade Battlefront & Beyond is phenomenally stupid. Watching the characters trying to be cool and come up with sick-ass names for their moves is like watching a bunch of choir club members trying to audition for the next Steven Seagal film. Also, how many times can you blow up Hellsalem’s Lot in one lifetime? I’m pretty sure there’s been more city-wide collateral damage within the span of a year than there has been in the entirety of the MCU. 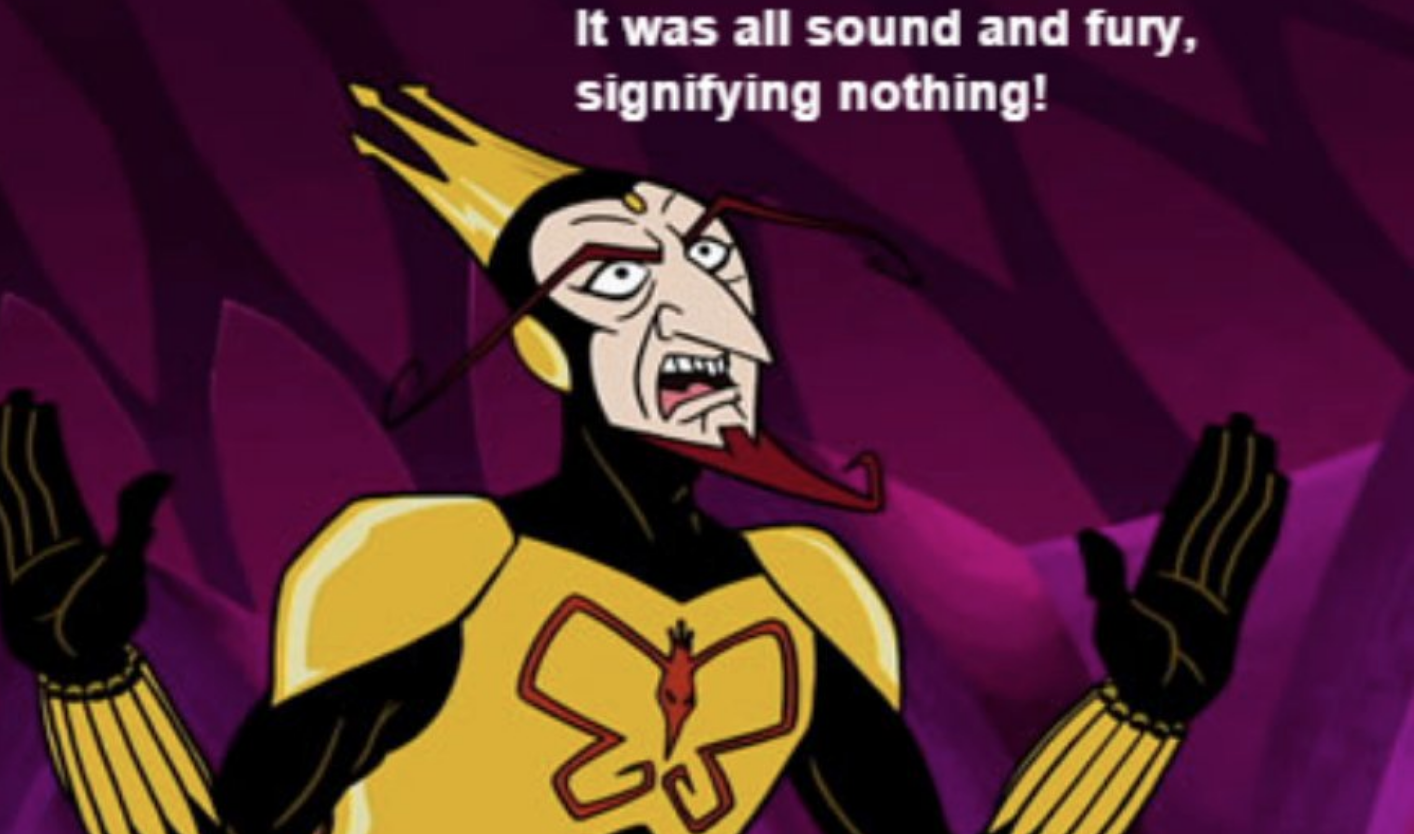 Couldn’t have said it better myself.

6 responses to “Anime Review: Blood Blockade Battlefront & Beyond — But Not To Infinity”