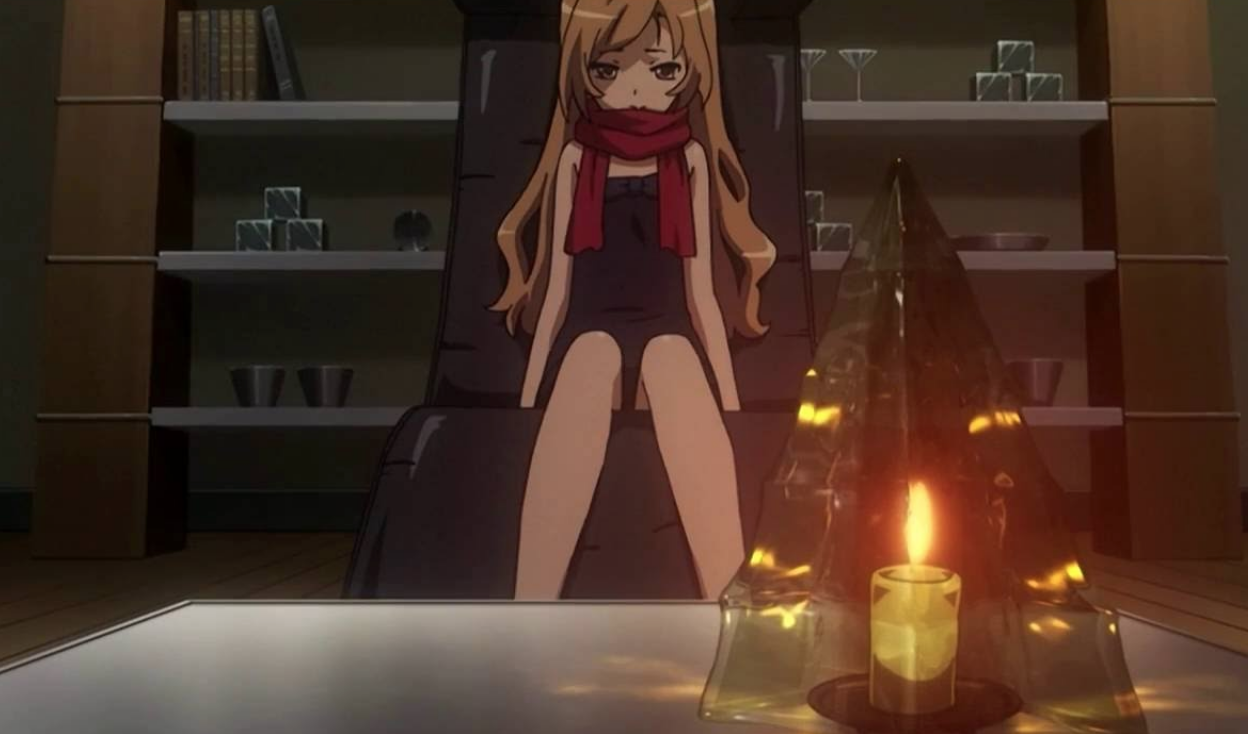 It’s the day after Christmas. Honeymoon isn’t until New Years. Let’s shit on some anime.

I think it’s dangerous to consider any year in anime to be the “best” or “important”, but I will admit that I thought 2017 was a pretty good year for the medium. There was a ton of well-produced variety so you could pick according to your own personal taste rather than get left out if that one critically acclaimed show of the season belongs to a genre you’re not interested in. And let’s not forget how crowded the movie scene was to the point that casual movie critics started to take an interest, nor the video game scene which gave rise to a giant weeb uprising whilst causing the weeb-hating army to come out of retirement. But of course, there must be darkness to counter the light, and no amount of good anime can cover up the fact that they’re hopelessly outnumbered by the amount of bad anime.

And while it’s easy to say an anime is bad, I think a large amount of the crap this year actually went in with the attitude of “you may be bad, but I am the worst!”. I’m not going to go so far as to say they’re Big Order levels of “no we haven’t learned anything from the mistakes of previous generations” and all that, but…Nazis? Are you fucking serious, Dies Irae? Well I won’t be able to recognize that one until next year because it still has four episodes left to go, but I’ve still got a bunch of candidates for my non-existent Razzie awards and you’re going to see which of the shit I’ve sat through left a negative mark that I think is worth recognizing, even if it’s in some “how not to do it” guide.

So let’s get this started. But before I do, an obligatory reminder that I have to actually have seen the anime for it to qualify. And I won’t recognize an anime that doesn’t fit within my genre preferences unless it does something horrible by the genre’s standards. 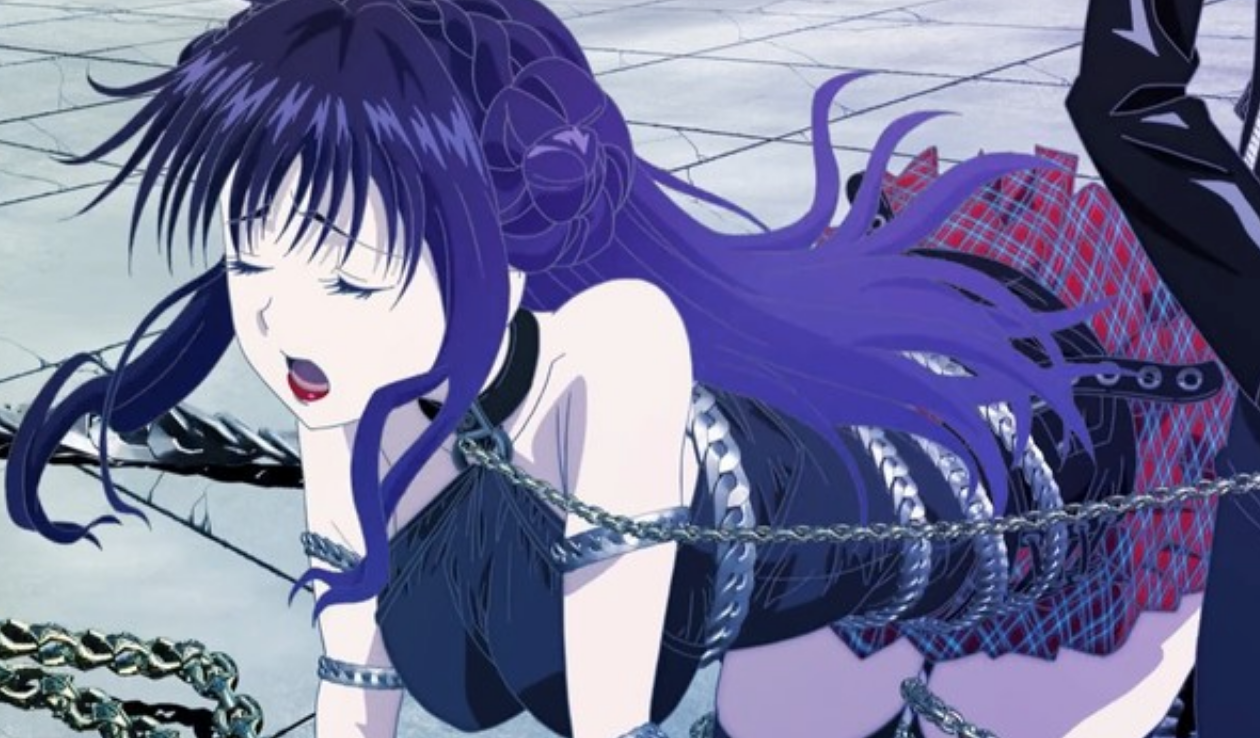 There were some pretty ugly anime this year (hi there Girlfriend is a Shobitch), but I think when it comes to which one is the most physically painful to watch even if you mute the volume and turn off the subtitles, no anime was as cancerous to the eyes as Hand Shakers. Go Hands continues their record of somehow making their ugly products look even worse with each subsequent release, and while it’s hard to think of how you could possibly surpass this really poor man’s Guilty Crown, I’m sure they’ll find a way somehow. Its first episode alone has a mixed reputation of either being the worst thing over or the “greatest animated piece” of all-time, and the fact that this debacle even exists combined with how the rest of the show looks ugly as sin even with the direction toned down proves just how much of a crime against animation Hand Shakers is. 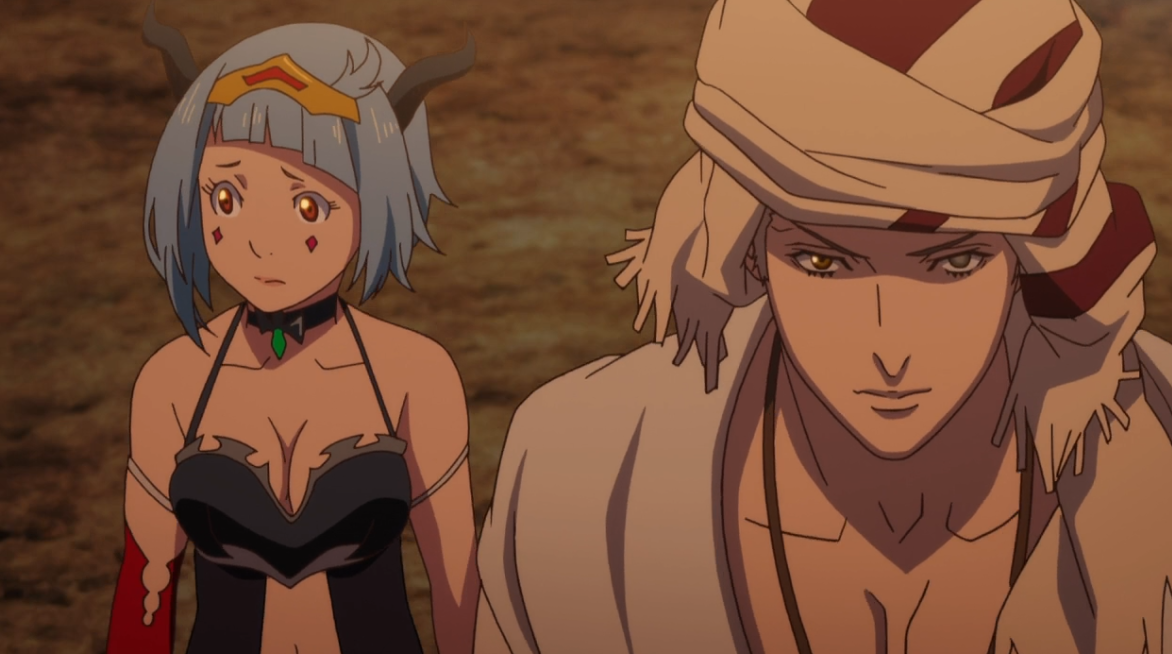 Kino’s Journey was definitely a hot contender for this award given how it was basically a less offensive but still pretty terrible Psycho-Pass 2-tier reboot/continuation of a beloved classic. Osomatsu-san 2 could have been a contender if I bothered to watch past the first episode given how the show ran out of ideas long ago and is now just trudging on fumes. But I think of all the continuations to what was once good to come from the medium, no franchise was as thoroughly slaughtered as Rage of Bahamut was this year.

The fact that it’s a sequel to an anime that was already finely concluded and had no need for a sequel pretty much sealed its fate as a load of shit. The replacement of the adventure with a bunch of characters talking me to death would be bad no matter what anime you were watching. But when you try to make a “history is written by the winners” story that forces the audience to sympathize with the winners, and try to pass off their non-victory as a win as well, you’re sending more mixed messages than a Victoria’s Secret model with an eye infection. Oh, and next time you want to make a story about racism, say something about it I didn’t know when I was in the third grade! 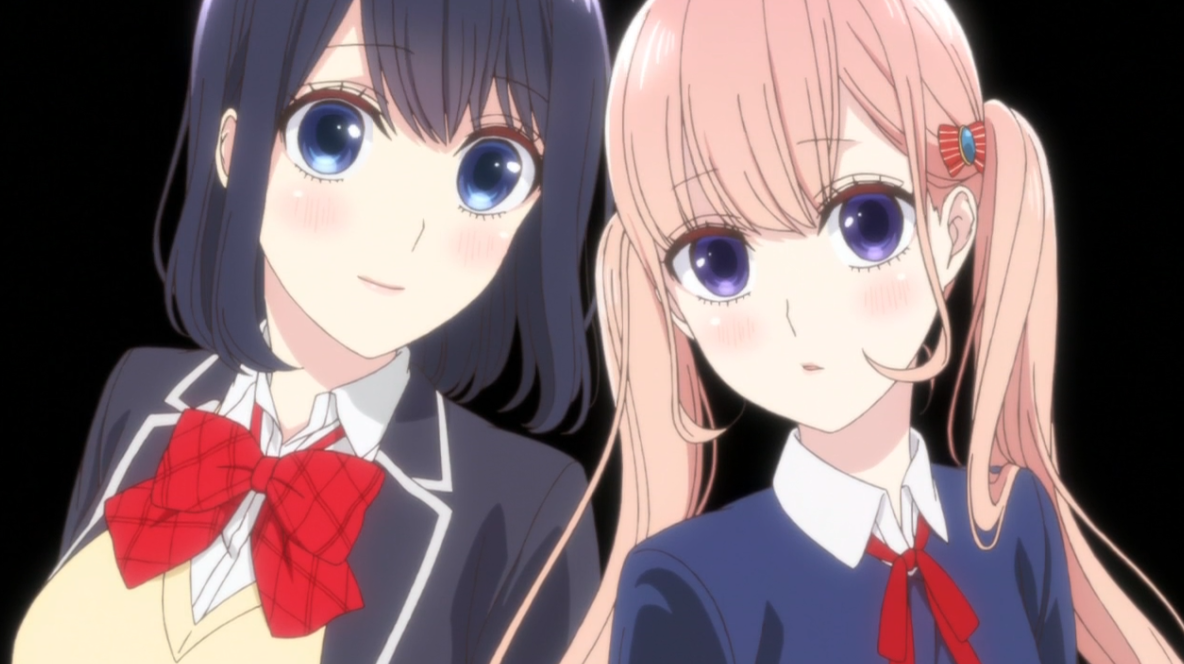 What the hell was the point of this anime? You have a bunch of teenagers being all horny for each other within a setting that chooses marriage partners for you in order to solve Japan’s birthrate crisis, and it ends with the message that it’s okay to love two cute girls at the same time whilst your gay best friend pines for your bland ass? Contrary to what ProZD said, having a fuckfest with both girls is not how you resolve dramatic love triangles. In fact, I honestly think that Koi to Uso had the worst ending of any anime I’ve seen this year, but I didn’t make a category for that because it’d be redundant. I’m not sure whether a sequel to this anime is coming or not because I know it’s based on on-going material, but good luck trying to recover from the point-of-nowhere return direction you took the anime in the first place, Lidenfilms. 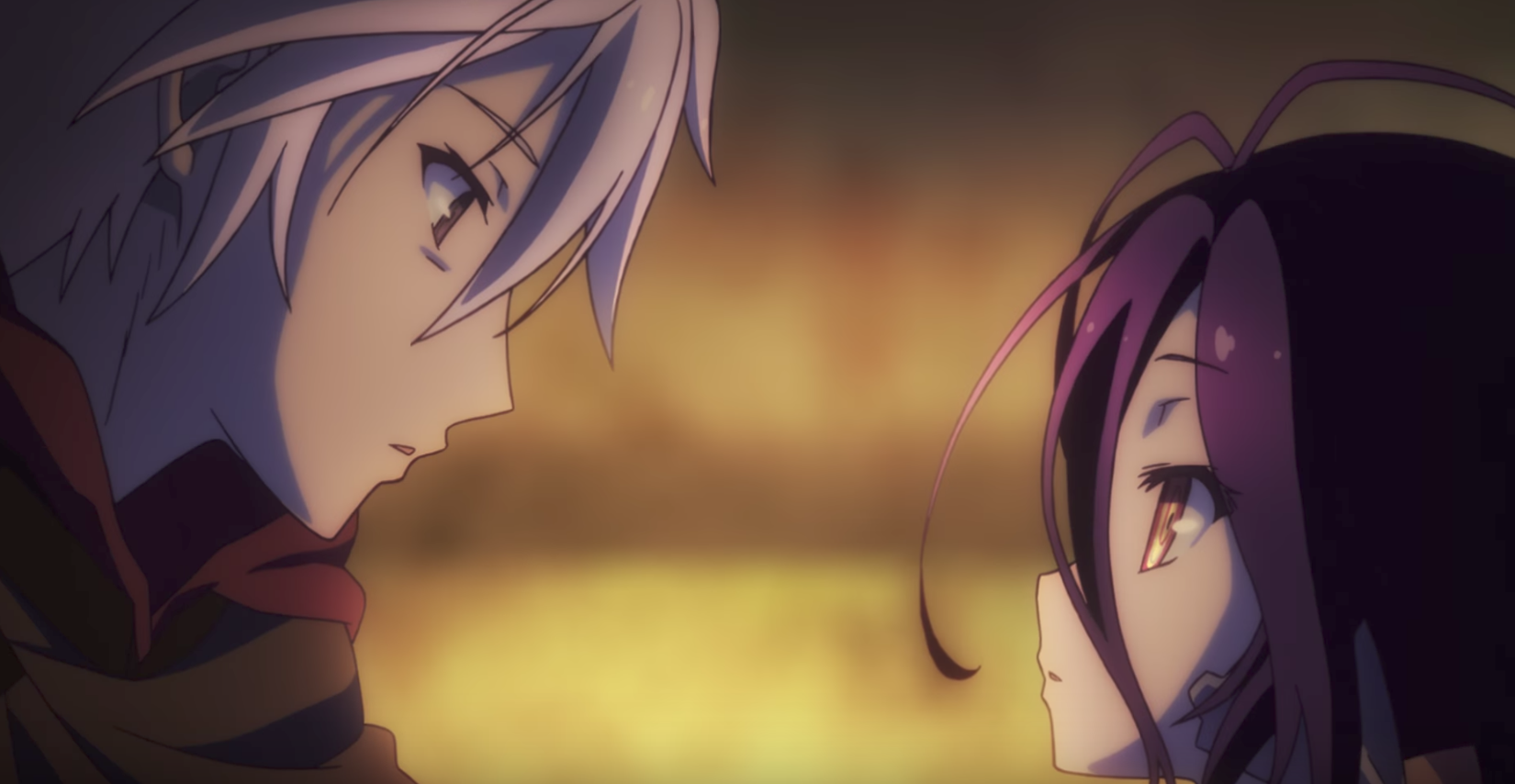 At first, I thought Sword Art Online: Ordinal Scale was going to sweep the awards due to its TV-grade animation and poorly directed final act. But at least it had more effort than the new Fairy Tail movie, which was just plain poor in every aspect and another of the many reasons to hate A-1 Pictures until Persona 5: The Animation hopefully turns out good. But No Game No Life Zero was just a crime against animation all in of itself.

Two hours of the equivalent of watching Code Geass with all the mecha action cut out, leaving you with a lanky prick barking orders and being told about victories before we realize that time has skipped a few years with no warning whatsoever. I thought the main appeal of this series was supposed to be the actual games, but apparently all you need to do is show some over-designed loli ass and you’re golden. 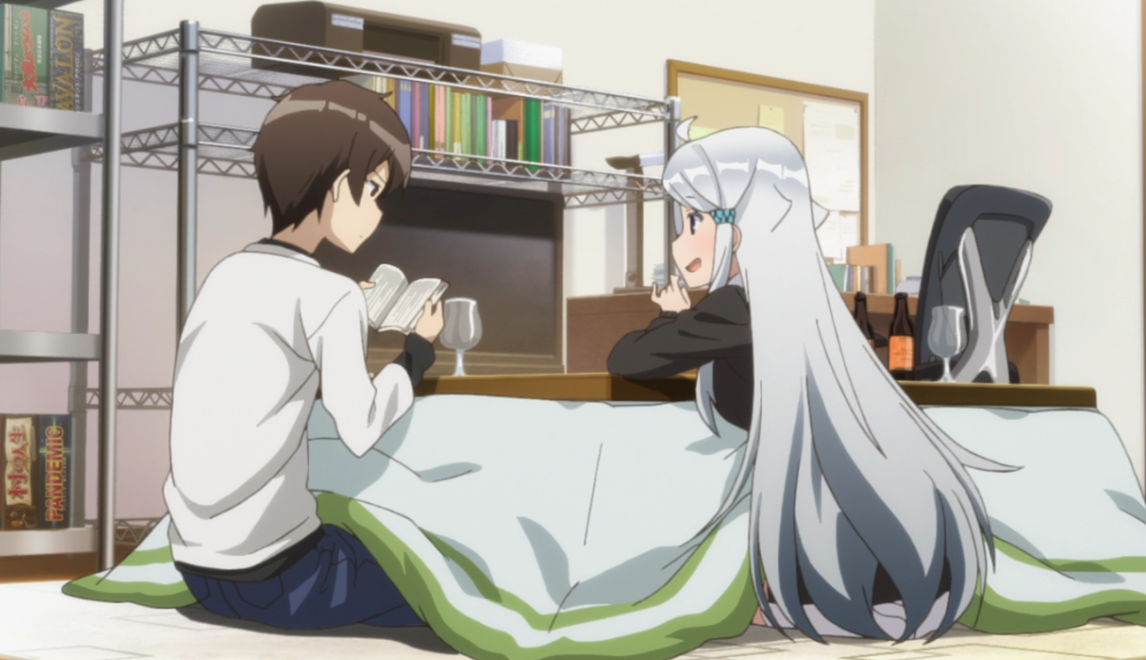 Worst First Episode: A Sister’s All You Need

Again, Hand Shakers was a good choice for this category, and there’s no denying how much Blood Blockade Battlefront & Beyond and Osomatsu-san 2 irritated me. Maybe I’d put Black Clover on here if it wasn’t for how I completely blocked out the show from my memory upon finishing it. But A Sister’s All You Need beats out even trash like My Girlfriend is a Shobitch for the first few minutes alone. Even if you knew beforehand that that was a dream sequence, the fact that the main lead can come up with such a garbage little sister scenario instantly makes him unsympathetic to the audience. And the way his fetishes set up the premise was just plain disgusting on every level. I’ve been told the show got a little better after that, but given the low bar it set, that’s not exactly what I’d call praise. 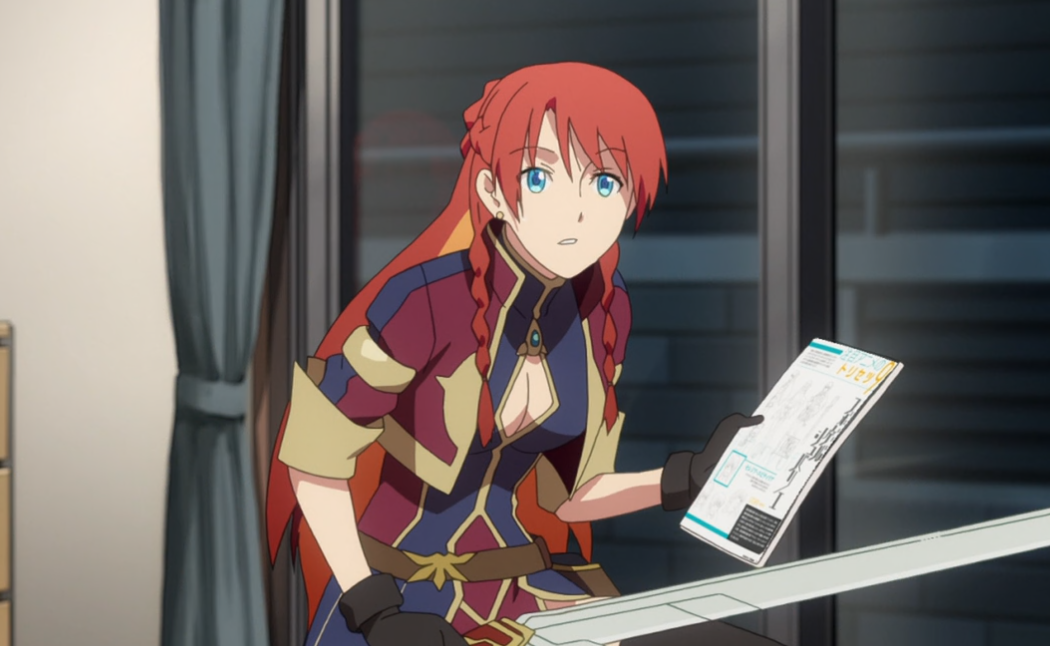 Can also be synonymous with worst “waste of potential”. I don’t think shows like Just Because or Re: Creators are “bad” persay, but they definitely surprised me in how not fun they were despite all the interesting elements they had. And Re: Creators was not only the more disappointing of the two, but I think the show is the most disappointed I’ve been with an anime in a long time. All the good characters and good story directions had their appeal utterly exhausted from the bad pacing, bad animation, and some of the worst “tell don’t show” I’ve seen Ei Aoki do as a director. I’d really like to see this concept revisited again in the future, hopefully from a team who realizes that execution is key and Selesia Uptiria is hands-down the best light novel character I’ve ever seen for very good reasons.

The non-Steins;Gate Science Adventure shows have gotten such a bad reputation that it’d be more surprising if the next Jun Maeda anime fell flat on its ass for the tenth time. But even though I expected crap, especially since it was coming off the heels of the most critically panned of the lot, Chaos;Child still managed to achieve a level of awfulness we generally reserve for the Sonic 2006s of the world. Despite the different team and different time period, it somehow had all the problems of the first Chaos;Head with a few of the major faults from Corpse Party: Blood Drive thrown in for good measure. Who wants to see girls pee themselves and loser best friends bleed out of their eye sockets before our bland VN protagonist contests with the usual shitty semicolon villain who makes Biba from Kabaneri of the Iron Fortress look like The Joker? If you do, then congratulations. Stay away from me. 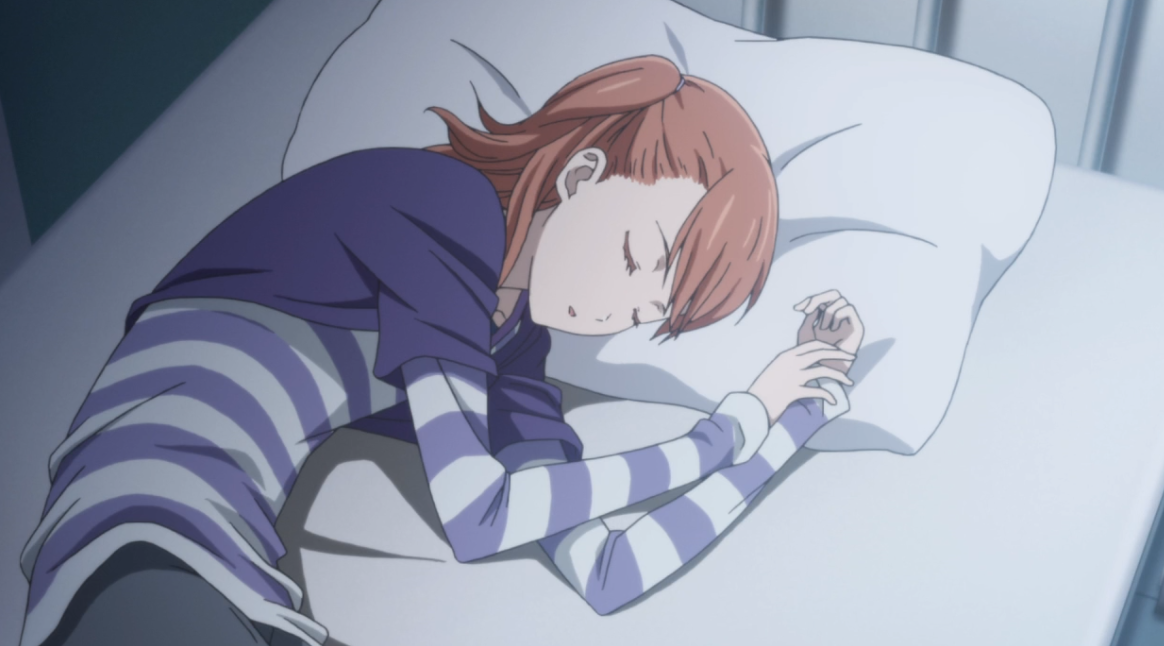 Worst of the Year: Sagrada Reset

There was absolutely no contest for this category once Sagrada Reset came around. Eromanga Sensei? Rewrite S2? Even Big Order if it came out this year? At least they were trying. Sagrada Reset’s creative team may have been trying too, but you wouldn’t know that by watching the actual product.

Absolutely uncompelling in every single way. The voice-acting? The animation? The very premise of the show? Completely flat in all the wrong ways. Nothing about this show sticks. Nothing about it is done right. Nothing is gained from watching this anime other than bragging rights that you watched an utterly empty show. Empty in visuals. Empty in substance. Empty in entertainment. Sagrada Reset lacks anything you could call good, and that’s what makes it the worst anime of the year, and maybe in the last several years. 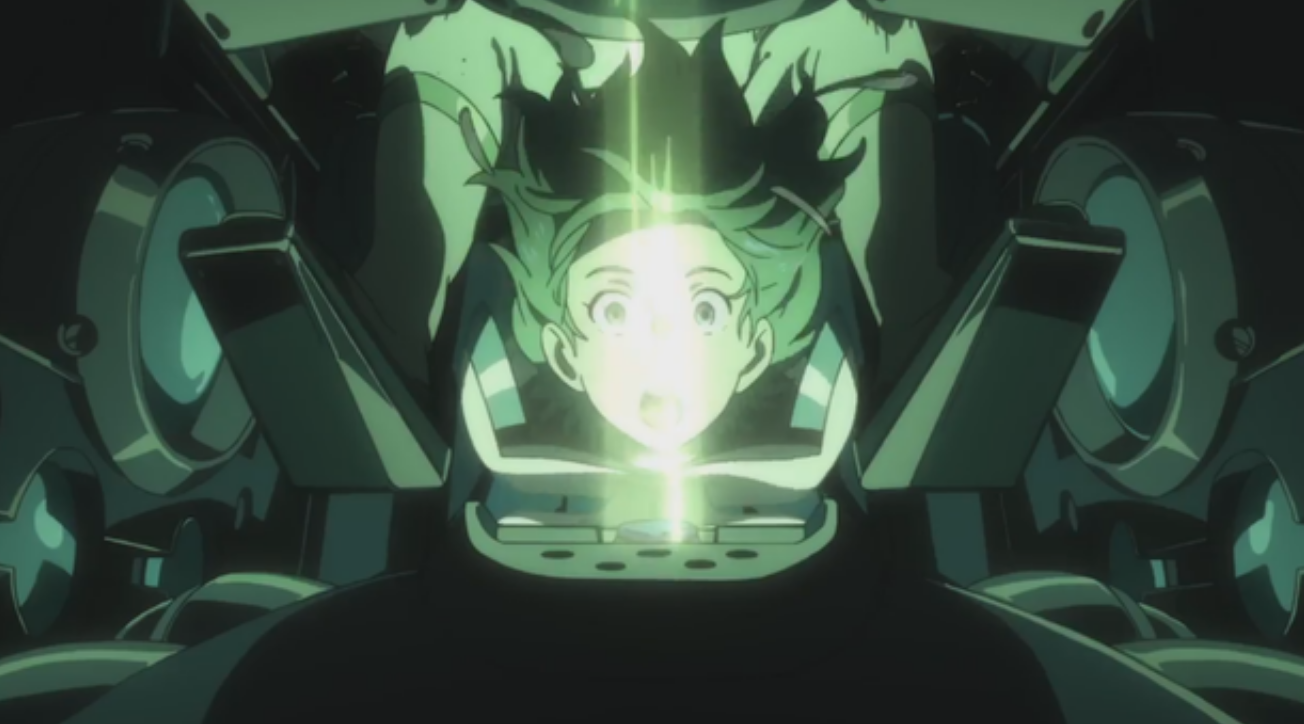 Worst Anime I Haven’t Watched Yet: ???

Obviously I can’t produce an actual winner for this category, but there are some anime with bad reputations that I’ve been meaning to check out, but either haven’t gotten to or hasn’t been made available yet. Specifically, I’m talking about Genocidal Organ, the last entry of the disappointing Project Itoh lineup, which I just haven’t gotten to yet. I’ve heard utterly horrid things about the new Eureka Seven movie, but watching that this year would have required an expensive trip to England. Fireworks has also been said to be vastly underwhelming as well in a Psychic School Wars manner, and we all know how bad that film was, right? All three films sound like they could have won an award this year, but with the exception of Genocidal Organ, I’m sure I can come up with a Razzie for them next year. Sorry Organ, but your spot in the limelight ended before it even began.