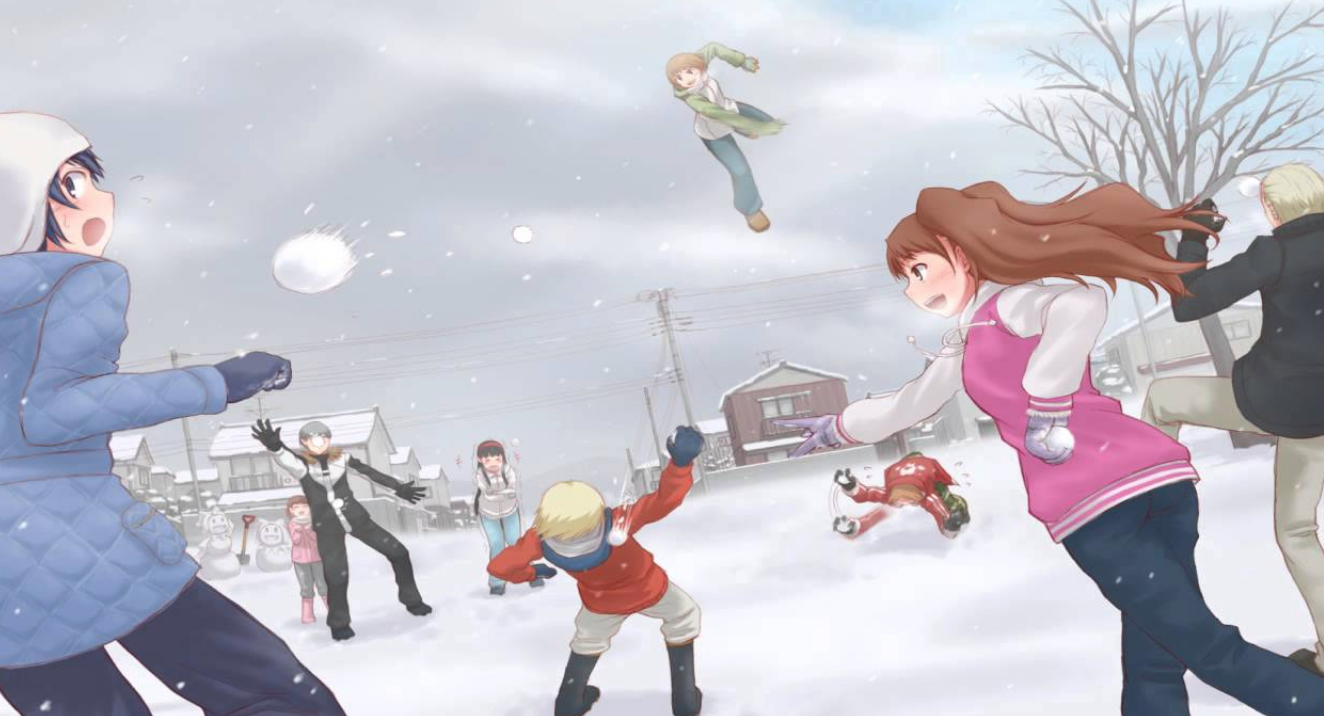 Enough Devilman Crybaby. Let’s move on to the broadcast stuff this season.

If you’ve been keeping with anime in recent years, you’d know that Winter hasn’t been the dead season it used to be for a while now. And while some people already have an anime of the year thanks to a certain Netflix show you already know the name of by now, that doesn’t mean the rest of the crop isn’t worth checking out. Only most of them.

So here’s the obligatory list of anime I gave an episode or two, roughly arranged in order from worst to best. And while I tried to watch all of the big anime at the very least, I avoided the stuff that belonged to genres I’m not interested in. As such, that Cardcaptor Sakura sequel is not on the list, although I’ve heard that fans of the original show and such are satisfied with it so far. And I’m not bothering with Overlord 2, as I got so bored trying to watch the first episode that I turned it off and never looked back. No shorts either, which means I didn’t bother with Dagashi Kashi 2 and whatnot. 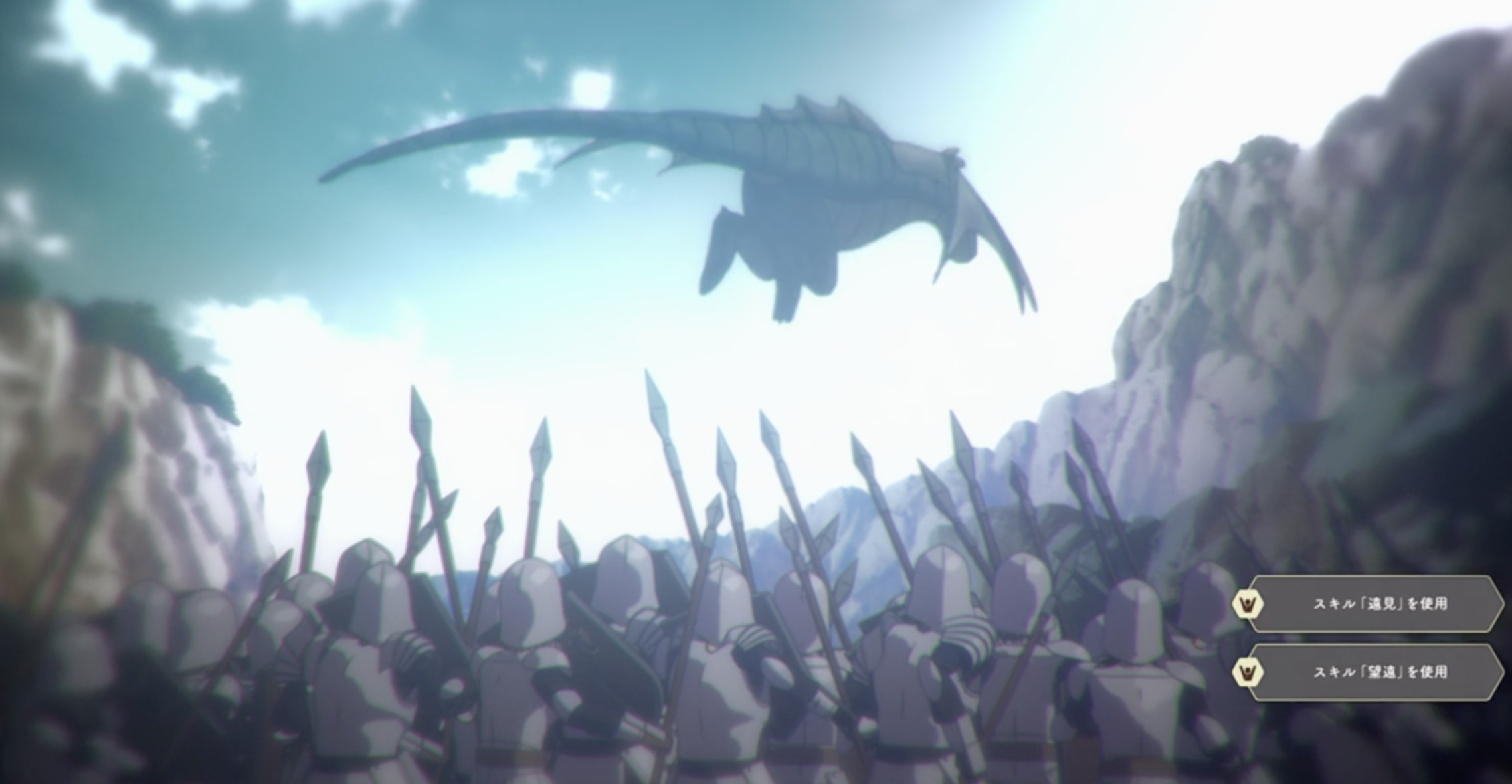 Somehow, this was worse than I was expecting. On top of being another crappy isekai light novel adaptation, Death March is just so badly produced that when it executes this wish-fulfillment story about a programmer nearing this thirties entering an MMO-like fantasy world where he’s reverted to his teens and attracts girls out of nowhere, it resembles a deaf person trying to read Hamlet to little kids. I’ll be honest, I mostly muted the volume and did something else whilst leaving this show on in the background. Because fuck me if I’m going to give an isekai harem show a fair chance. 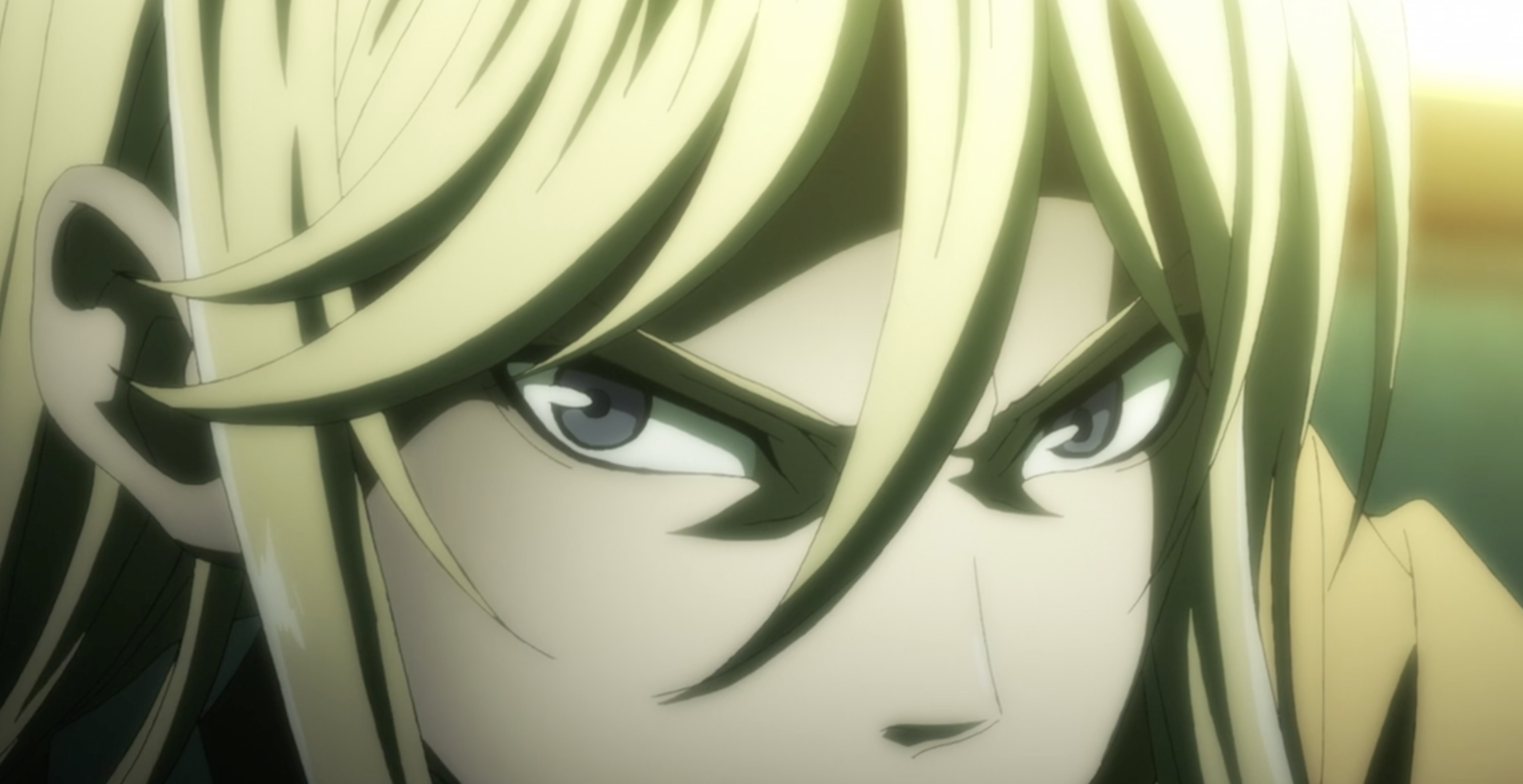 Dear god this show is boring. You’d think an anime about assassins trying to kill each other would have some adrenaline, but Hakata Tonkotsu Ramens is just a slog to sit through. There’s no clear direction in the plot, the characters are stale, and the entire show just comes off like low-quality fujoshi bait. I’m sure the guy who dresses as a girl has fans, but I’m personally not one of them.

You know, I’ve noticed Draggle playing The Witcher 3 as of late. Something tells me I’m better off doing the same instead of watching this poor excuse of a fantasy epic. There’s just nothing that sticks out about Grancrest Senki no matter where I look. The animation is generic A-1 soullessness. The fight scenes are badly shot. The characters are generic anime stereotypes right down to the females wearing skimpy outfits for no good reason. The story and setting have nothing fleshing them out. Oh, and did I mention this show is going to be two seasons long? Do I have the patience to stick with this kind of show that long? I think I’m better off watching Geralt have a shave before kneeling in front of a king. 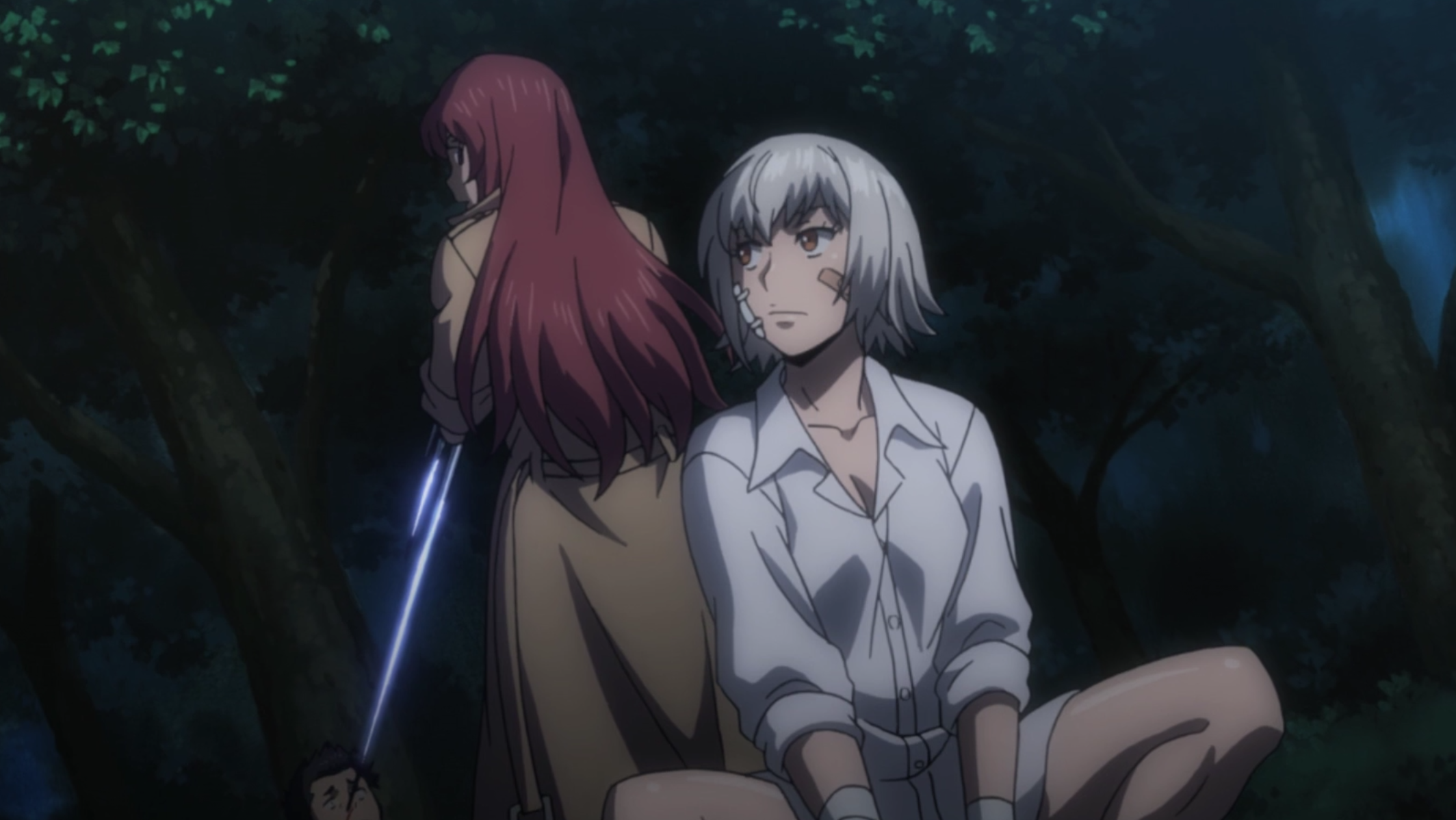 If this show had just removed the male protagonist or made him a little more bearable/plot-relevant, Killing Bites would actually be tolerable. It’s pretty much a trashy ecchi action anime, but there’s enough energy and attitude put into the premise and the action scenes so that it can function as fun camp (although when the plot isn’t focusing on that, it’s pretty dull). Unfortunately, I think the guy is staying, and that’s a shame because there’s just nothing likable about the dude. He has no plot relevance (yet the show keeps forcing him into major aspects of the plot), his entire personality consists of yelling and screaming all the time, and I just think he’s an unlikeable asshole. 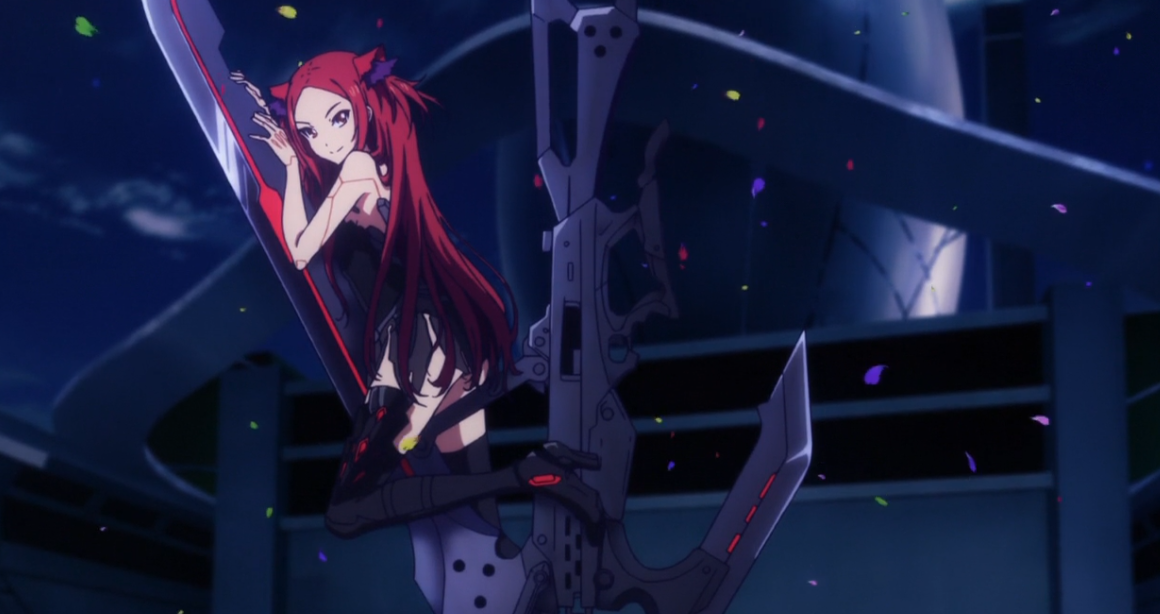 Since this was the last anime I watched for this post, all I could do was feel pity for how unoriginal it was. The robot girls that could defeat entire armies. The blank male lead who gets thrown into this mess because the writer said so. The lack of imagination in the setting and the animation, which actually looks a little better than what Diomedea is capable of. The fact that the ending emphasizes the main robot girl living with the male lead as opposed to all the army/horror stuff. Seriously, what do you want me to say at this point? I could make fun of it, but that’d be like making fun of the handicapped, and I’m not one of those sick fucks who enjoy doing that.

Apparently this show is decently popular amongst the fandom. I’m not really sure why because it’s not produced well and the premise is pretty generic action schlock with a weird supernatural twist that doesn’t quite blend well with me. But really, my problem is that so far, the show has been focusing too much on this premise at the expense of the characterization, which is as token as they come. And if the characters aren’t interesting, then I’m just stuck with an absurd plot and animation so bad they can’t even draw toes properly. 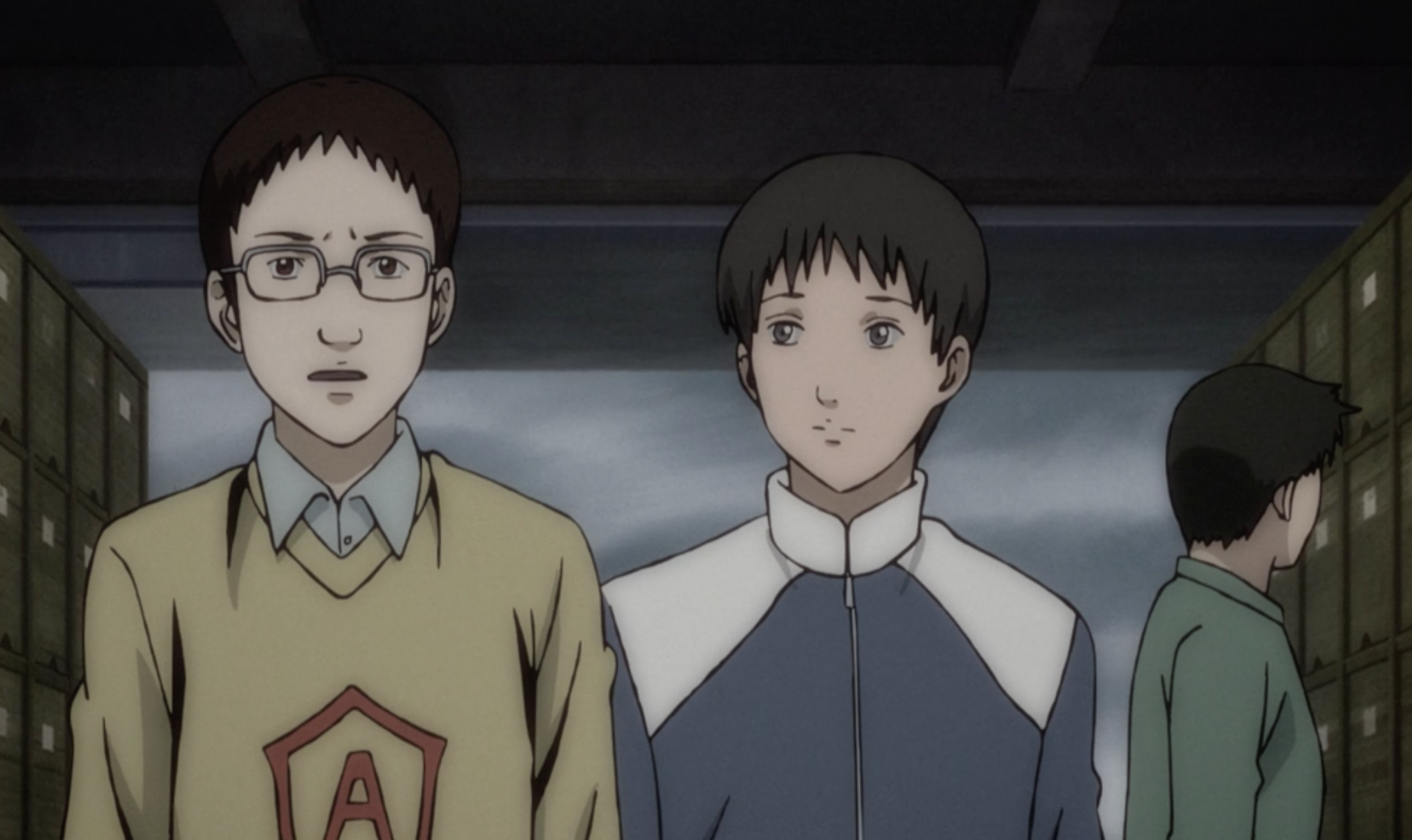 In another installment of “anime sucks at the horror genre”, this adaptation of Ito Junji’s works is about as scary as someone repeatedly going “wooooooo” in your ear to the point that you want to beat his face in with a frying pan. Deen is definitely trying on the production side of things, but the style they chose for this show makes me unable to take any of the creepy faces or cheap-looking setpieces seriously. And despite the fact that this is adapting multiple Junji Ito works, they’re all done in the same style, there’s not much variety with the stories, and the characters are complete constructs with nothing standing out about them aside from some of the completely unlikeable ones. I’m just stone-faced whenever I watch an episode of this, wondering what I’m supposed to be scared by. 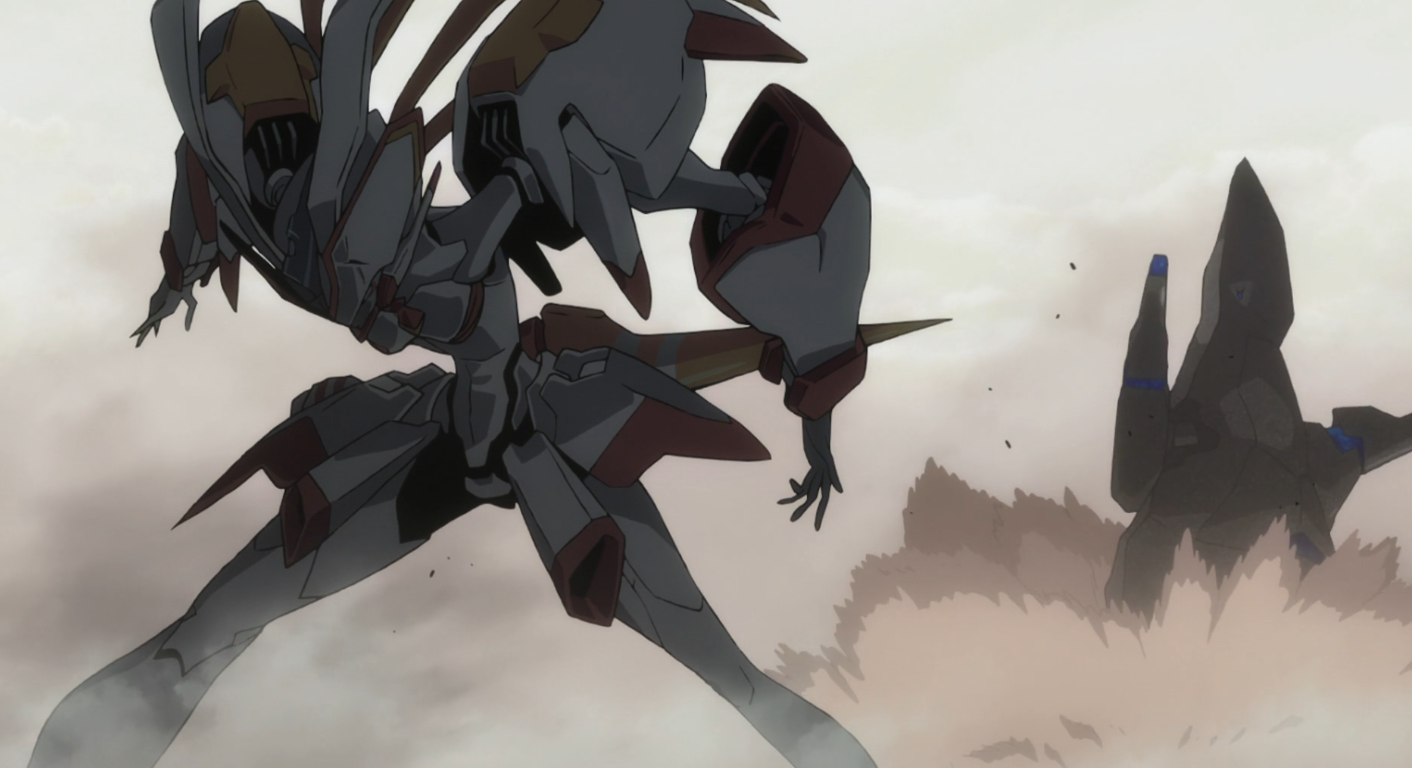 Darling in the Franxx

I understand a lot of mecha anime like to start their stories in medias res so they can get to the robot action as quickly as possible, but If I didn’t read the premise of this show beforehand, I would have been totally lost watching a good chunk of Darling in the Franxx’s premiere. It doesn’t clarify how its world works until about the halfway point, and even then it left out some key details like what these Klaxosaur the child soldiers are supposed to be fighting are or why we’e supposed to care about these characters other than the show telling us to. I get that the mystery is supposed to be part of the appeal, but what’s grounding me until we get to those answers (not helped by how the show is apparently 24 episodes long, so we might not get those answers for a while)? Because the male lead, Hiro, is pretty standard as far as angsty mecha pilots go, and 002’s mysterious waifu status can’t carry a show on its own.

On the positive side of things, the animation and action is as pleasing to watch as expected from Trigger, and while the philosophy is a little pretentious, it’s not a deal-breaker. If I just wanted to watch a standard action show, Darling in the Franxx fulfills that desire somewhat. However, I’d much rather see this show improve over time, so hopefully it does. Otherwise, those female robots are going to get old fast. 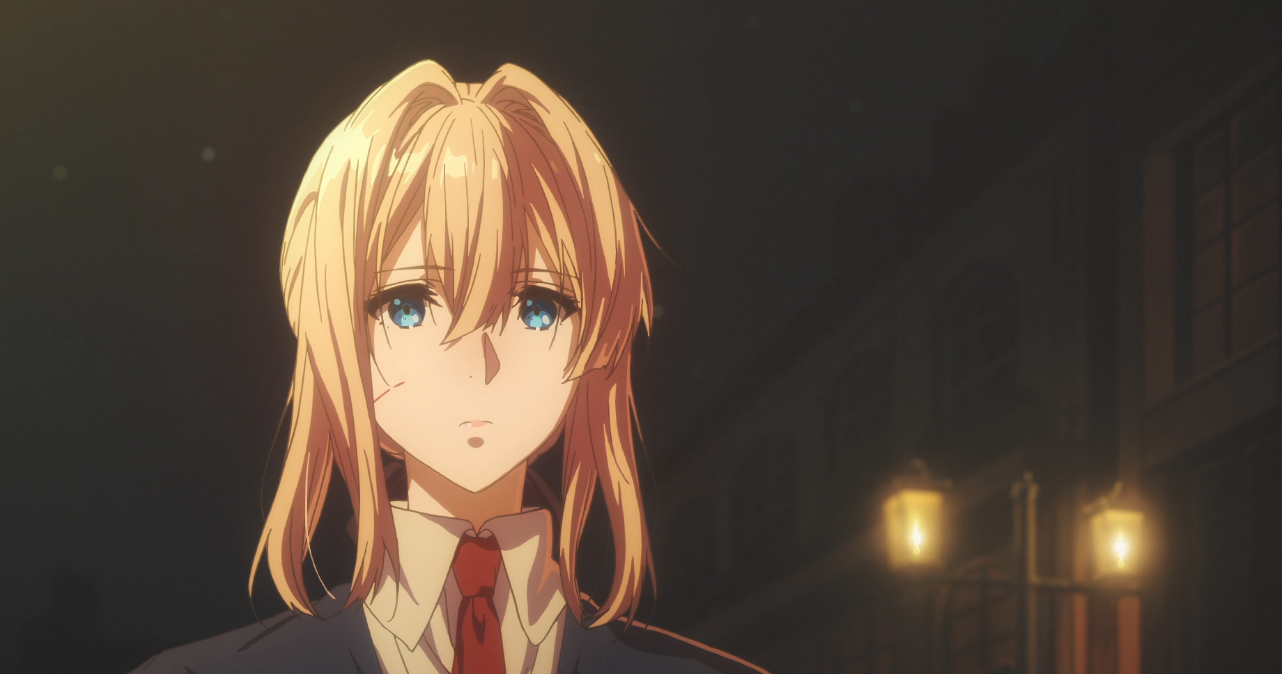 Undecided whether I’ll watch this before it comes out on Netflix here or not, because I found out that Violet Evergarden actually is streaming in several countries outside the US with the English dub to boot, which just comes off to me as really stupid. Someone suggested I change my VPN, but I think there are some downsides to that that I’d rather not experience. Anyways, I did watch the first episode of this show and while it obviously wasn’t going to cause orgasms within five seconds of viewing, Violet Evergarden’s premiere was alright. Animation is great. Violet is developed fine as a weapon out of touch in a peaceful world. The setting itself is established decently, although it’s a little unclear regarding what Violet actually is and what Auto-Memory Dolls do. And it takes itself seriously with the times it does get humorous fitting the tone.

My confidence in this is a bit shaky because I’m not sure where the story is going to go, and Violet’s desire to understand love is a bit cliche to me. We’ll see if it turns into another Magus Bride or just ends up another throwaway light novel story over time, but there are worse anime to watch this season. 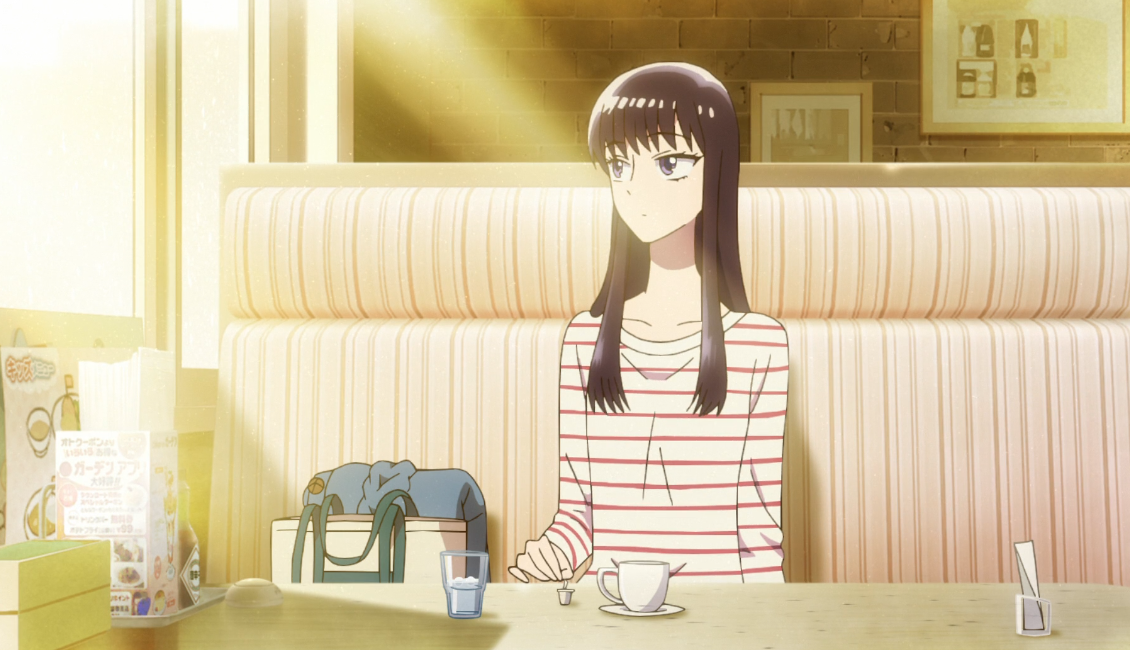 While this premiere wasn’t exactly an instant engagement, my time with After the Rain’s first episode was a solid first date in my opinion, and I do have more confidence in this show’s future than anything else this season due to the mature tone and the show having a more visible direction to go towards. The production is decent. The characters are well-established. I like how this show delivers on its premise by having Akira fall in love with the manager because he served her drinks while she was taking shelter from the rain. The creepier aspects of the anime are handled alright for the most part, even if they’re always going to be inherently creepy. And most importantly, the visual storytelling is awesome, with plenty of non-dialogue scenes that allow the animation to express the characters’ emotions beautifully.

If After the Rain can handle the characterization and drama surrounding a high school girl in love with a single father without getting too stupid for an entire cour, I’d be quite impressed. These sort of dramas are always kind of risky, but I enjoy when they pay off, and hopefully this one does.