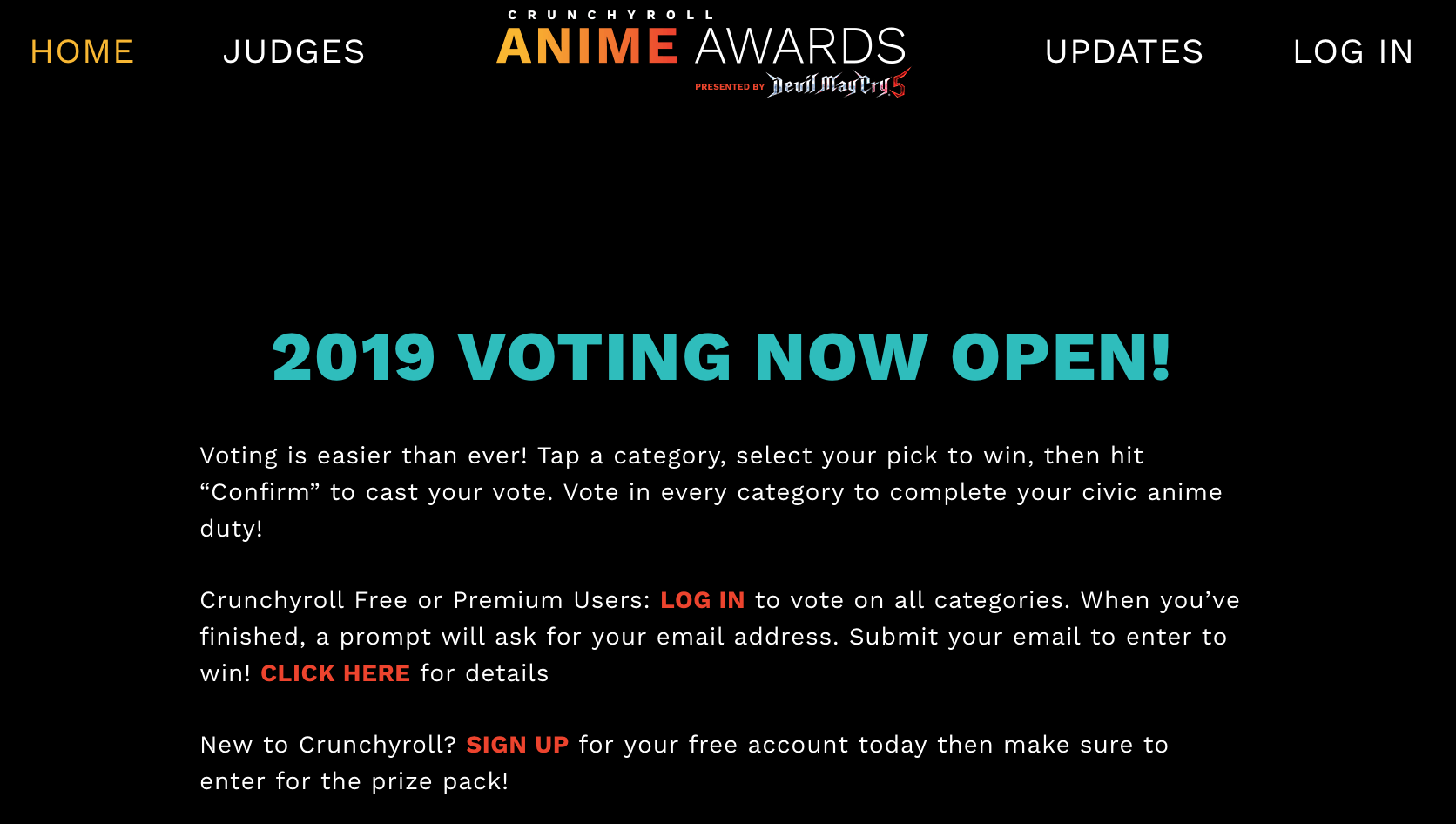 For all of r/anime’s problems, at least they know how to choose nominees.

To say Crunchyroll had a miserable 2018 is like saying lions don’t like it when you punch them in the face. The company has always had horrible PR and an overall lack of quality with pretty much everything they’ve been involved in, but last year honestly made me question if they’re on the same level as Channel Awesome in terms of incompetence destroying a famous brand that only really succeeded because it was the first to do so, and yet all the bad press eventually blows over so they still remain successful. If anything, them co-producing Rising of the Shield Hero was one of the best decisions they’ve made because for once in what feels like forever, they’re prioritizing their fanbase first. 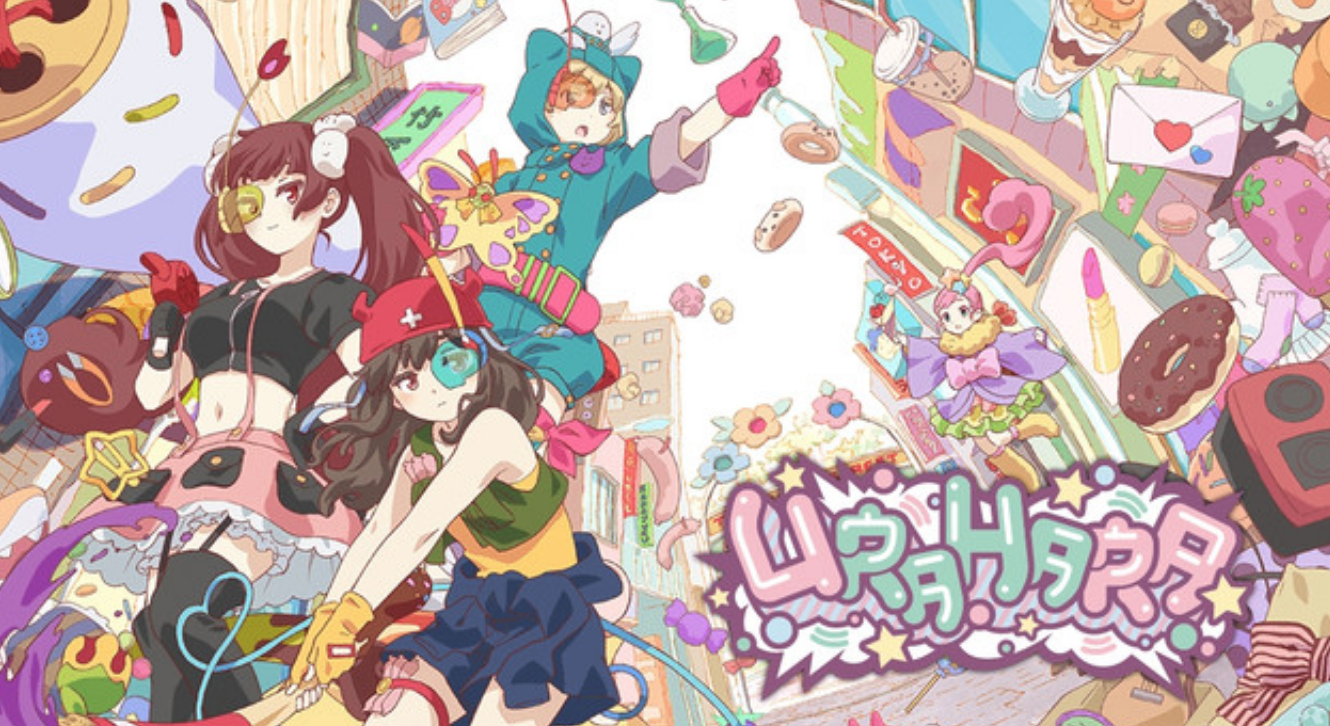 Remember when they co-produced Urahara and how much that flopped because only the die-hard supporters liked it? Regardless of my overall feelings on a lot of popular anime, what matters at the end of the day is the bottom line. And you’re just not going to feed all the poor starving animators in Japan by making anime specifically catered to me, let alone Crunchyroll’s own staff and friends.

Too bad Crunchryoll itself still doesn’t seem to have achieved an acceptable level of self-awareness regarding its increasingly strained relationship with its fanbase, because good lord are the nominees for this year’s awards show atrocious. Now to their credit, I like how they removed all of the genre awards like best “slice-of-life”, best “comedy”, and whatnot. I know a lot of people dislike that, but I’ve never been a genre kind of guy. It may be convenient for many, but it’s just a mess in practice, especially due to how so many anime have so many different genres attached to them. 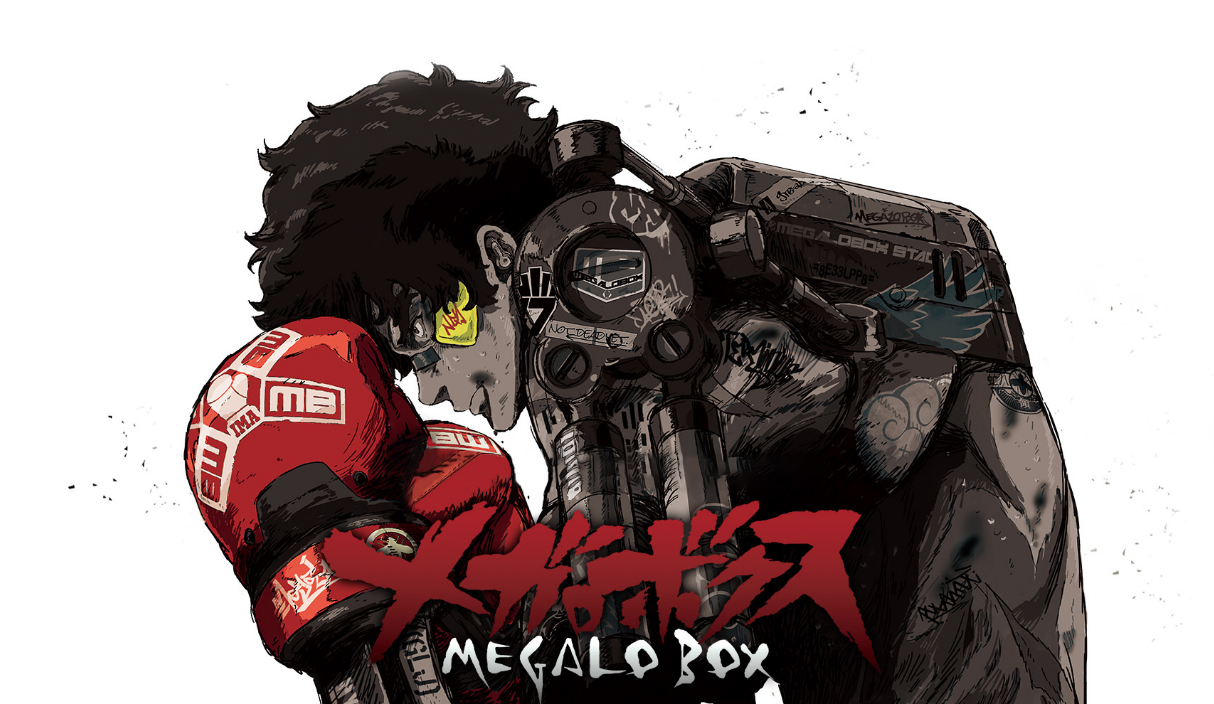 Other than that, this awards show can fuck off with how Megalo Box has a nomination in so many categories. I doubt it’ll sweep things like Hero Academia or Yuri on Ice, but that’s mostly because I’m wondering who really remembers the series anymore asides from the people watching it on Cartoon Network? Also, how does Darling in the Franxx only appear in  two categories (best opening and best dubbed performance)? I know it’s not a good show, but it’s still loved by a lot of anime fandom who would easily pick Zero Two as best girl in a heartbeat. And who the hell counts Hina vs Anzu in Hinamatsuri as an actual fight scene? Where is Attack on Titan in general (edit: it’s actually nominated for best ED)? The newest iteration was their best-animated season with Historia and Kenny getting to truly shine, and it’s still incredibly popular to this day.

Anyways, you can look at the selection yourself to see what I mean and vote using your own Crunchyroll accounts if you have them, but I’m going to give special attention to the “anime of the year” and “best film” categories for a moment because, let’s be honest, those are the two awards people pay the most attention to. First, here are the six anime nominated for “Anime of the Year”.

If you’re not aware, the nominees were chosen by the judges invited to this year’s show. Daryl Surat. Dawn H. Lauren Orsini. They even got Sloan the Female Otaku, which surprised me because while I know she gets deals with some companies, she’s pretty small-time as far as anime Youtubers go. And the fact that Zombieland Saga made it as a nominee over Yuru Camp really makes it clear how biased these judges are to what Crunchyroll recommends. Guess this show awakened the idol fan in them or something. 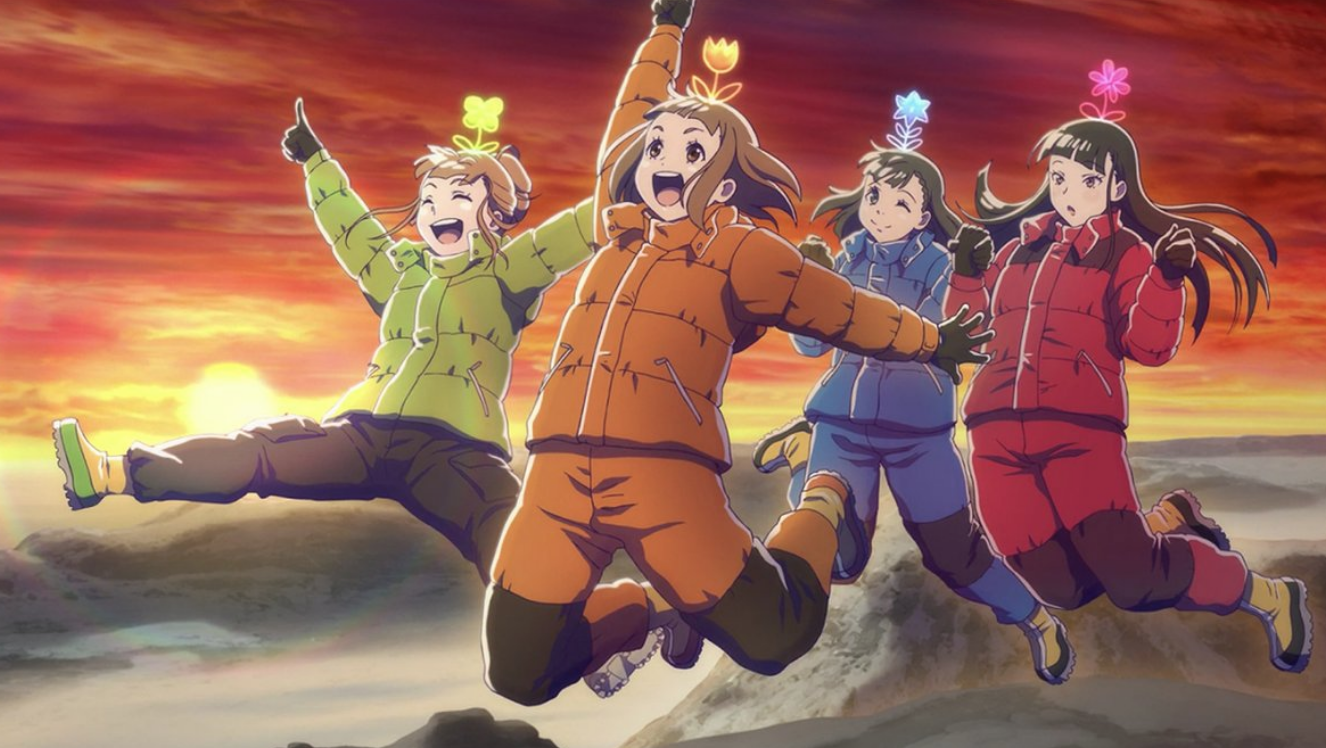 Now amongst those choices, I’m pretty damn sure A Place Further Than the Universe is going to win and I’m a bit sad to say that that’s my favorite amongst those six for reasons I’ve stated in the past. And despite my skepticism at its nomination, Zombieland Saga is my second place. The other four anime are well-made and deserve their fanbases, even though I only really care about Violet Evergarden and the last two episodes of Devilman Crybaby. Definitely think Banana Fish and Gridman should have replaced the other two, but I guess they just didn’t sit well with the judges what with the large amount of rape in the former and the large amount of Akane in the latter.

But that’s nothing. Let’s look at the nominees for the movie category. 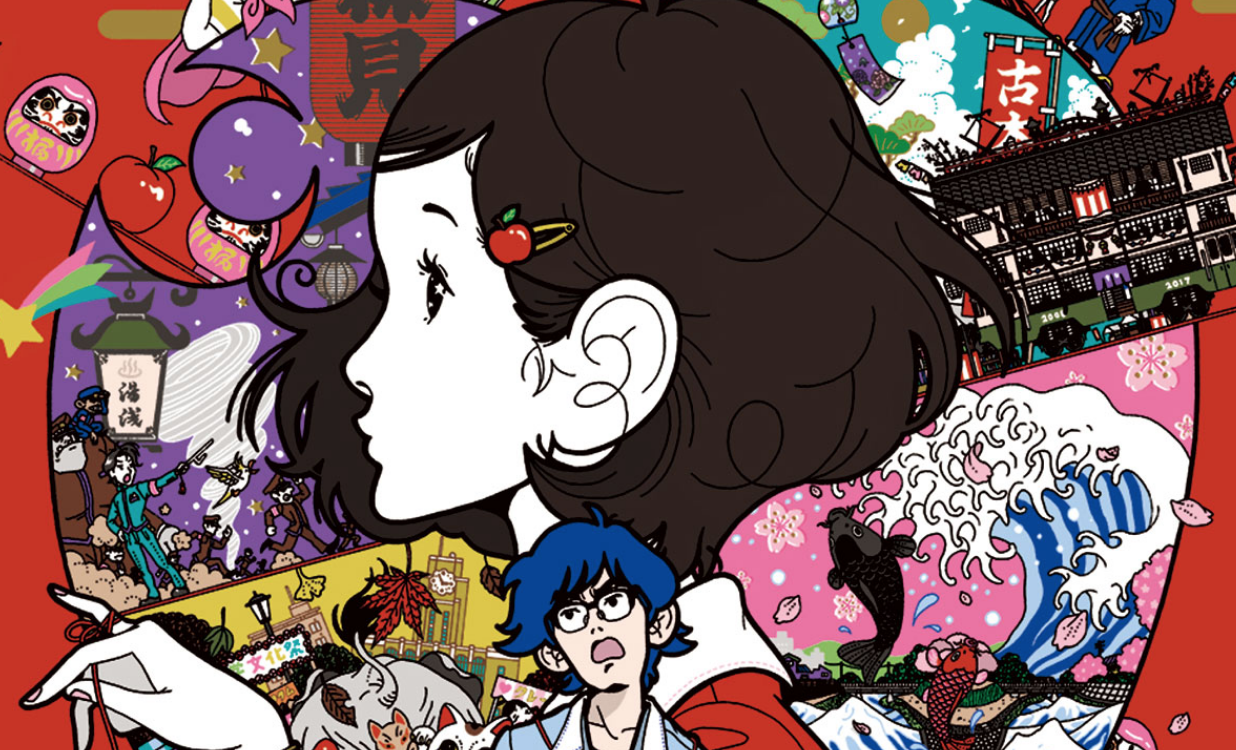 Now obviously, Liz and the Blue Bird is my favorite of the six nominees and I’m glad it got on. Night is Short Walk on Girl is something I don’t mind winning either. The other four just don’t deserve it in my opinion. Two Heroes was nothing more than a franchise film and Mirai is just too much of an amalgamation of the director’s previous work to stand on its own. Overall, this selection is terrible.

But those are the Crunchyroll Anime Awards in a nutshell, isn’t it? About as completely out of touch with their fanbase as the actual company itself to the point that they fuck up their two most important categories. Even Miles is outraged that Maquia couldn’t get on the movie list because that was his favorite anime of the year. Yeah, what do you think was going to happen when you have a small selection of judges you know personally pick nominations according to their personal biases without getting the general fanbase to weigh in on around half the choices like r/anime does? Planet With for anime of the year? Goblin Slayer getting any nominations in general? Pahahahaha! 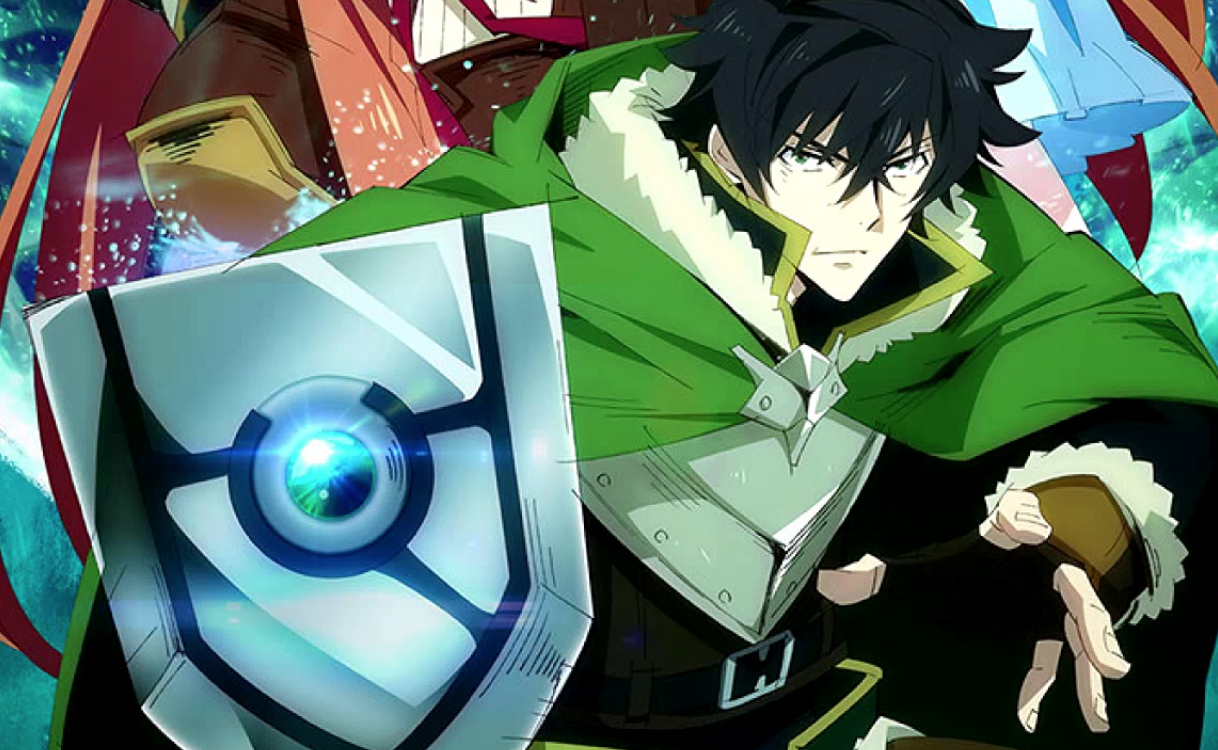 Honestly, I’m not sure why these awards even exist at this point. They have been nothing but a laughing stock to anyone who isn’t a die-hard Crunchyroll fan, and despite the growing subscriber base, I’m not seeing a large number of those people. Their Expo last year was so easy to walk around and lines were practically non-existent, along with just being so lackluster in general. Anyone I see who does support Crunchyroll are either prominent members of the fandom who are friends with the staff or work at equally lackluster sites like Anime News Network or The Fandom Post. And they’re not enough to speak for the fandom. Need I remind you of the very positive reception that Rising of the Shield Hero’s premiere got on Crunchyroll’s own site despite the criticism it has gotten from ANN and Anime Feminist and all of those sites who support what they and Crunchyroll do? Although Shield Hero has complicated that relationship since Crunchyroll’s funding of it is making the visible side of their fanbase claim that they don’t stand for anything.

We’ll talk more about the awards when the winners get announced, so for now, let me end this off with some advice for Crunchyroll: you’re a freaking anime streaming service. So give your customers good service as well as the anime people want to watch as long as you’re legally allowed to so. Don’t push your own biases on them like last season’s constant Zombieland Saga articles that are nothing but shallow praise that’s less insightful than Twitter comments. No matter how much you recommend Planet With, the reality is that not many people are going to watch it. And no matter how much you remember Megalo Box being good, how many people are actually going to go back to that series over time?

There’s nothing you can do about the tons of shit anime that are on your site because it’s impossible to predict what’s going to succeed with your audience and whatnot until it actually airs (A Place Further than the Universe for example), but if it’s something that you have good reason to believe will succeed, then push for it. I’m going to criticize it if it’s shit, but who in the anime industry is going to care? Hell, I doubt you’re reading this right now, Crunchyroll. But I’m sure one or two of your supporters will stumble on this post, as I’m still on good terms with some of them, and this post goes out to them too. I don’t think anything I’m saying is unreasonable since they’re all demands that avoid the economic complications of your parent companies. But if I was allowed one unreasonable demand that requires Ellation’s approval, it’d be this: fix your website and video player. 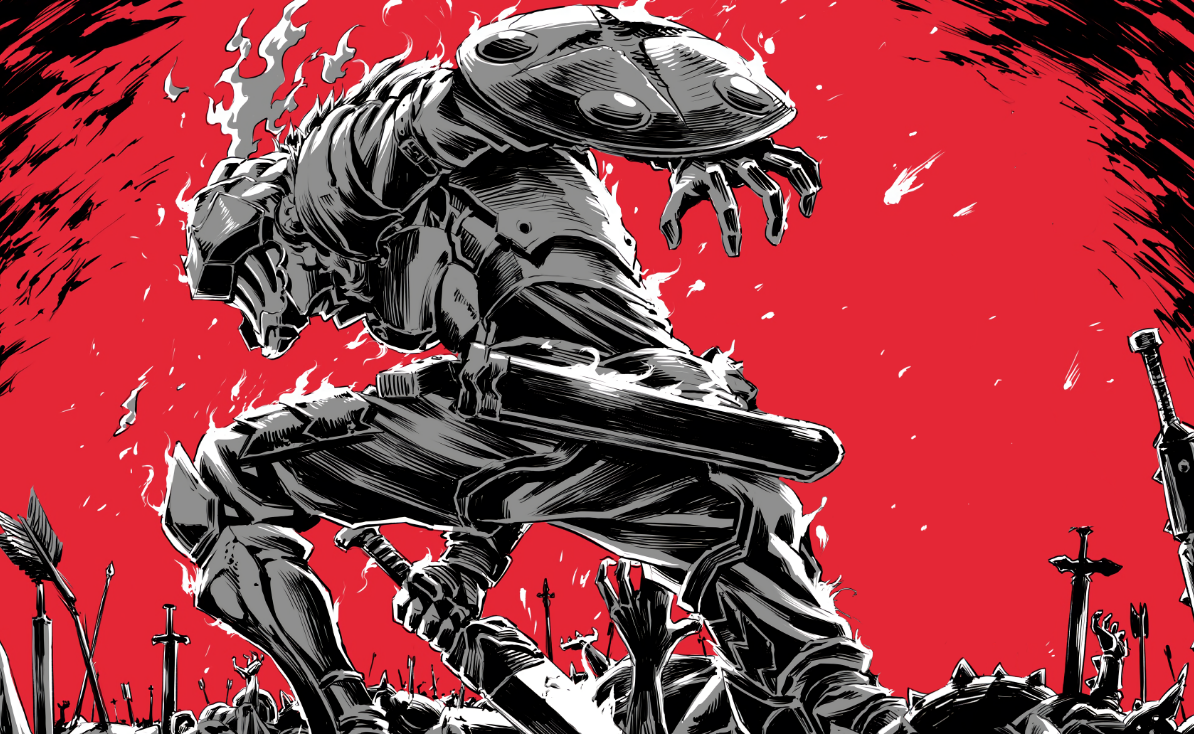 On a final note, the stuff Aniplex does to some of their anime like with Sword Art Online’s censorship and Kaguya-sama’s subtitle quality is out of your hands, but at least hire someone to watch the anime before you put it on your site. I’m still going to hold you responsible for allowing that Goblin Slayer fiasco to happen for a long time.