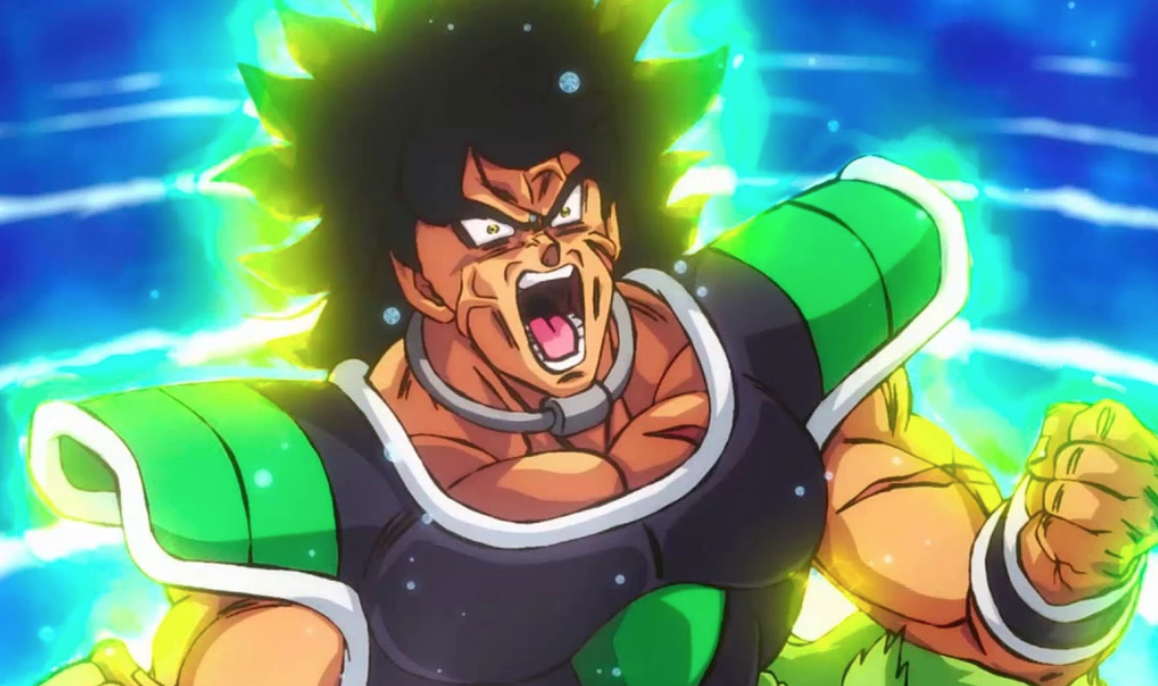 Who would have thought Dragon Ball would still be a big money-maker even now?

If you’re wondering why I’ve never talked about the Vic Mignogna situation that’s currently going on at the moment, it’s because I don’t understand why I would possibly throw myself in front of a Roman army who would instantly go “kill him now” (or literally threaten to arrest you) the moment you try to tell them to calm down. I’ve made it clear from the start that while I’m not above throwing shade at controversies in reviews and whatnot, I refuse to directly contribute to the main reason why AnimeGate is apparently getting closer and Anime News Network is dead to the world: because the fucking anime journalists won’t talk about the actual fucking anime.

Even though I’ve always been a small-time blogger who never has and never will represent anime fandom as a whole, I have insulted said fandom plenty of times in my early years and I can tell you right now that that was a mistake. It eventually got so bad that I had to leave the community for a time in order to work out some personal issues. So it really makes me shake my head when I come back and the journalists who have far more reach than I ever will (and even denounced me for being such a retarded edgelord) are now doing the same thing in current year to the point that they’re practically e-begging their rapidly decreasing audience to keep their site up whilst I don’t even have to pay ten bucks a year for my own pitiful reader base. And since I “learned to code”, I’m pretty much financially set for the foreseeable future if the blog gets DDOS’d or whatnot. 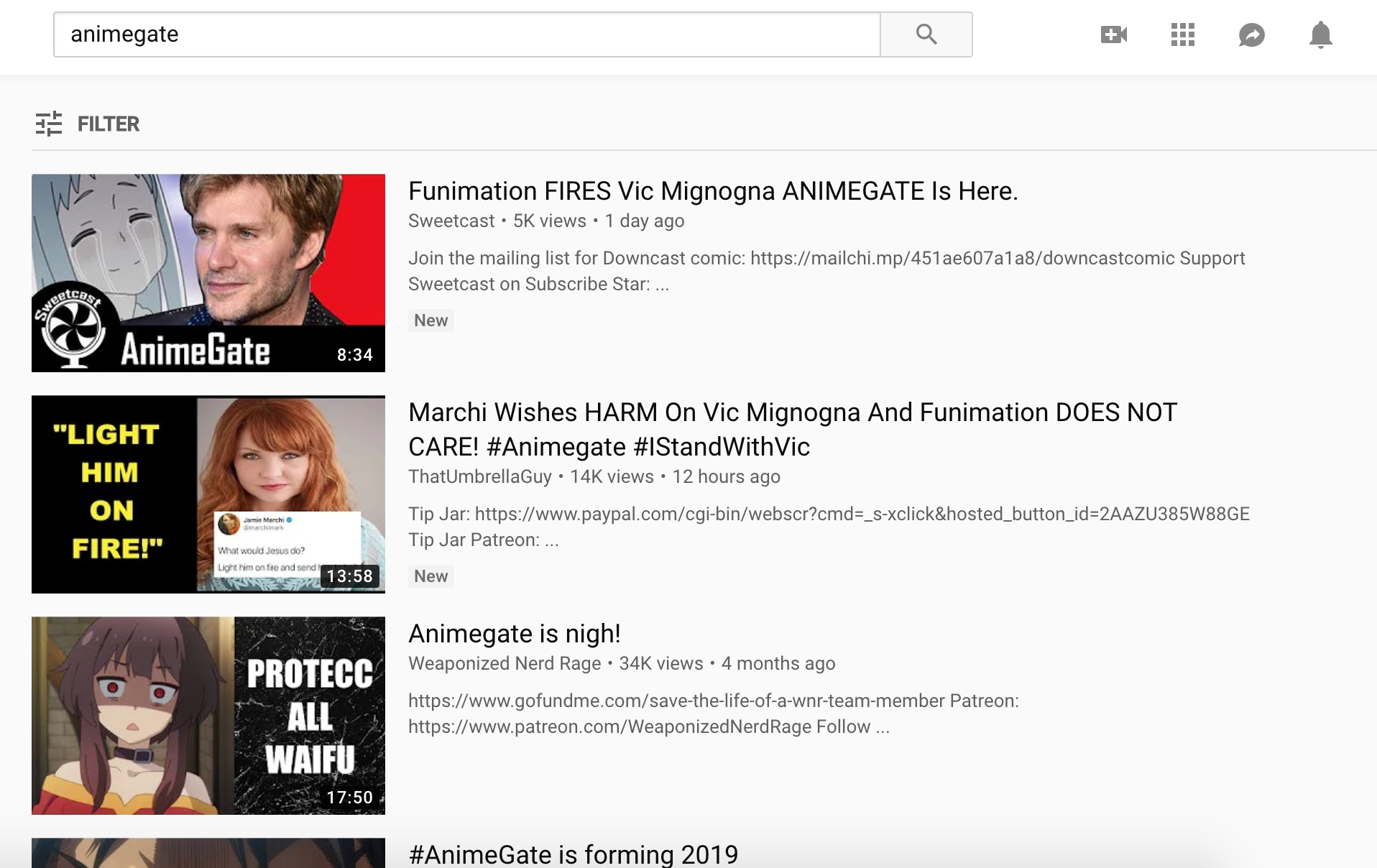 However, even with my newfound self-awareness of fandom as a whole, I still believe that anime as a medium isn’t worth defending. Because the moment you do, you get that retarded mindset regarding how anime has to be made “more for you” if you want to continue being a fan. And why on earth would I just want anime that are made for me? I’d lose out on a lot of creative cosplay, fanart, doujins, and friends in general. Besides, bad art has as much of a right to exist as much as good art. It can be more fun to talk about, plus it serves well in “how not to do it” guides that we absolutely need, because following “how to do it” guides mostly leads to lame copycats that missed the fine print.

Of course, just because anime isn’t worth defending doesn’t mean it’s not worth supporting. Because we absolutely should if we like it, and I’m glad that’s happening with the recent Dragon Ball Super movie despite all of the recent controversy, because that means more anime films in theaters and hopefully more time to actually watch the damn things when they do (*cough* only two days for I Want To Eat Your Pancreas *cough*). 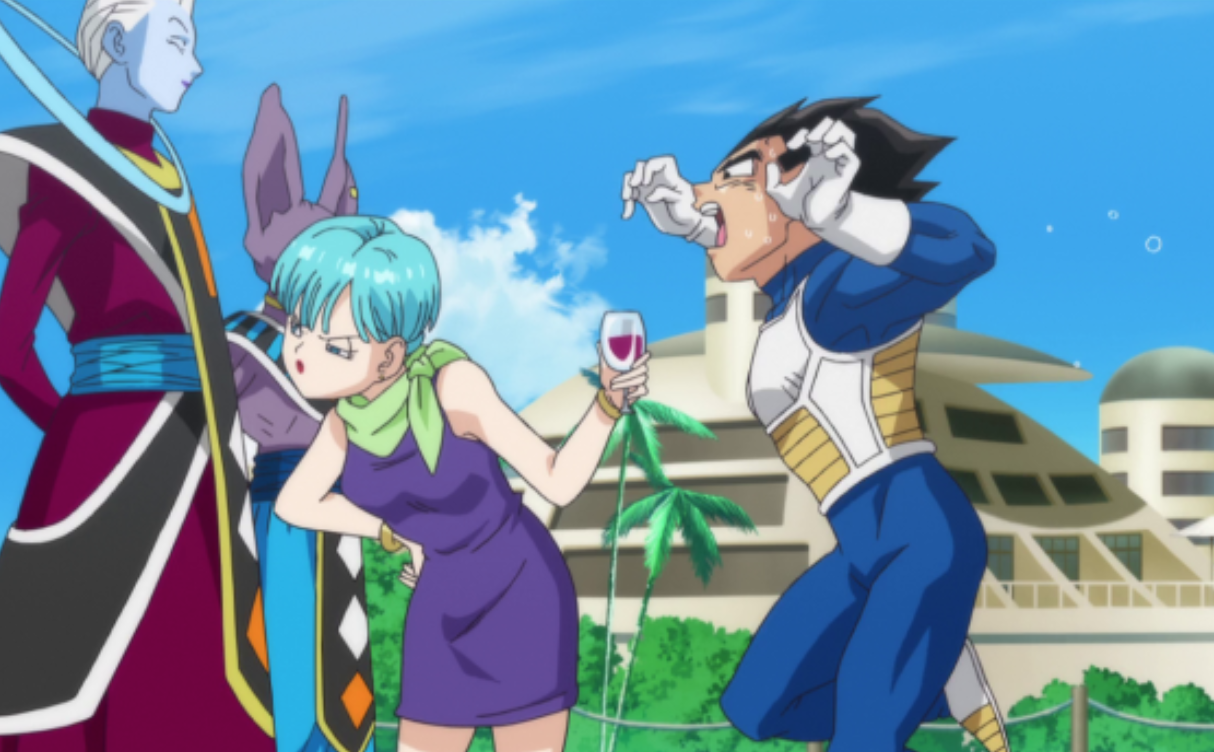 Dragon Ball Super: Broly is a continuation of the recently completed Dragon Ball Super TV show, which I haven’t seen, but thankfully the movie was kind enough to expel most of the cast so I don’t have to play “who’s that character” with anyone other than the purple cat. It’s meant to be a new introduction to Broly, a very popular Dragon Ball Z villain from a trilogy of movies made in the 90s, except this time he’s canon to the Dragon Ball universe. Also, apparently Frieza got wished back to life for god knows what reason and that’s pretty much all the plot from the series that really matters with this film other than the titular Dragon Balls are pretty much just a plot convenience at this point in time despite having so much power. It makes me wonder why they even bother spreading across the world after they’re used given how easy they are to find and fly to. 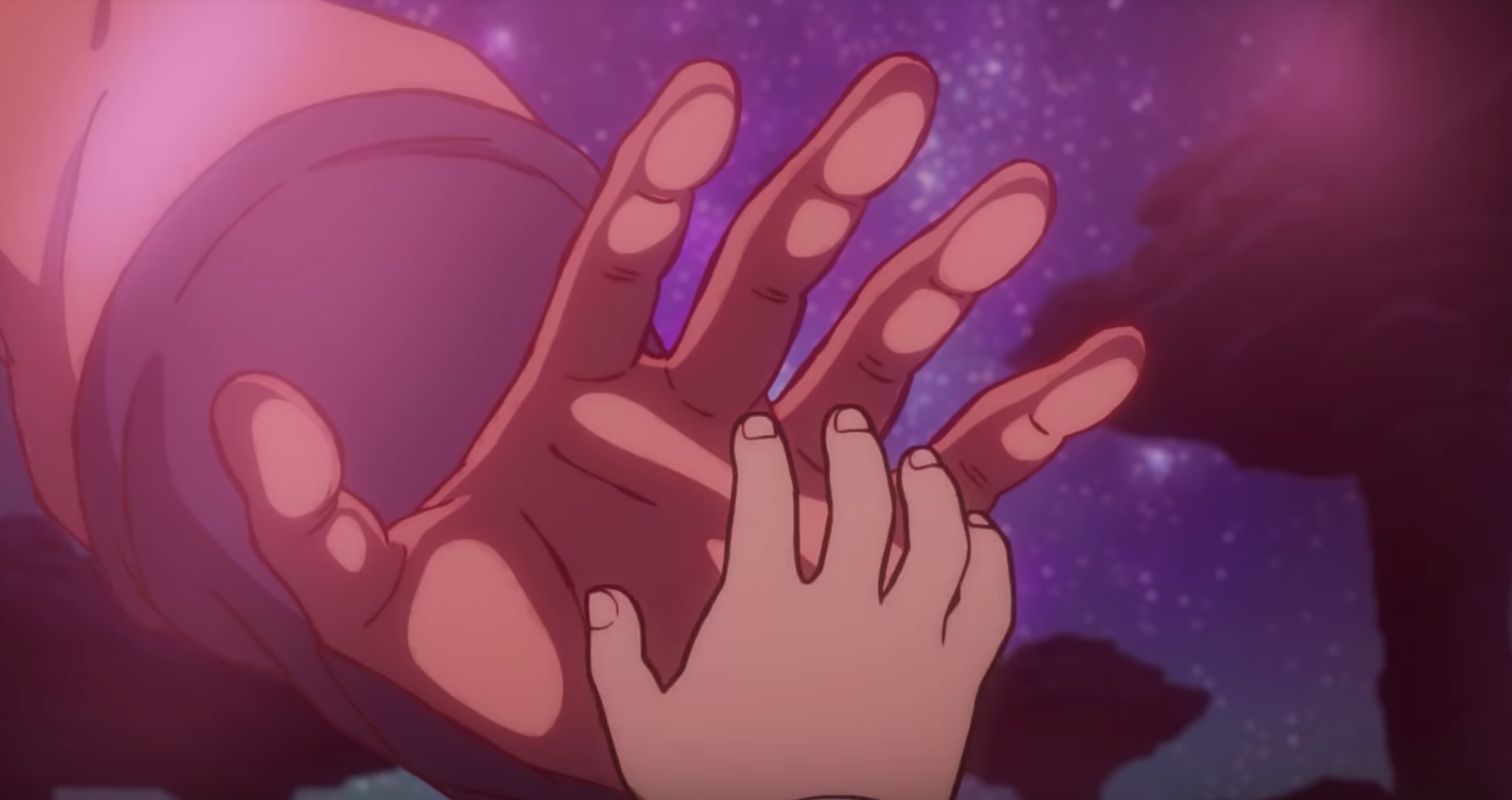 The movie starts off with a retconned version of Goku’s, Vegeta’s, and Broly’s origins where Broly is seen as competition by Vegeta’s douchebag of a father, and is thus exiled to a remote planet where ships don’t fly to and dinosaurs still exist. Shortly afterwards, Frieza blows the Saiyans’ planet to kingdom come and we then timeskip to the present where Vegeta is pestering Goku why he thought bringing back the being who killed his family was a good idea whilst Frieza is on the hunt for the dragon balls in order to fix his height complex. No really. Frieza apparently has a height complex. I knew he was short, but given how powerful he is, I don’t see why he should care.

Meanwhile, two of Frieza’s soldiers find Broly on the planet he was exiled to and upon learning that King Vegeta’s son lives, Broly’s own douchebag of a father decides to get some revenge by siccing his son on the one douchebag in the series that people actually like. Well, one of two if you count Piccolo. Anyways, Goku and Vegeta confront Broly in the Arctic on their search for the final Dragon Ball leading to a fight scene that takes up the rest of the movie. Note, everything prior to this fight scene only takes up like half of the film at best, and DB Super: Broly is 100 minutes long. Do the math. 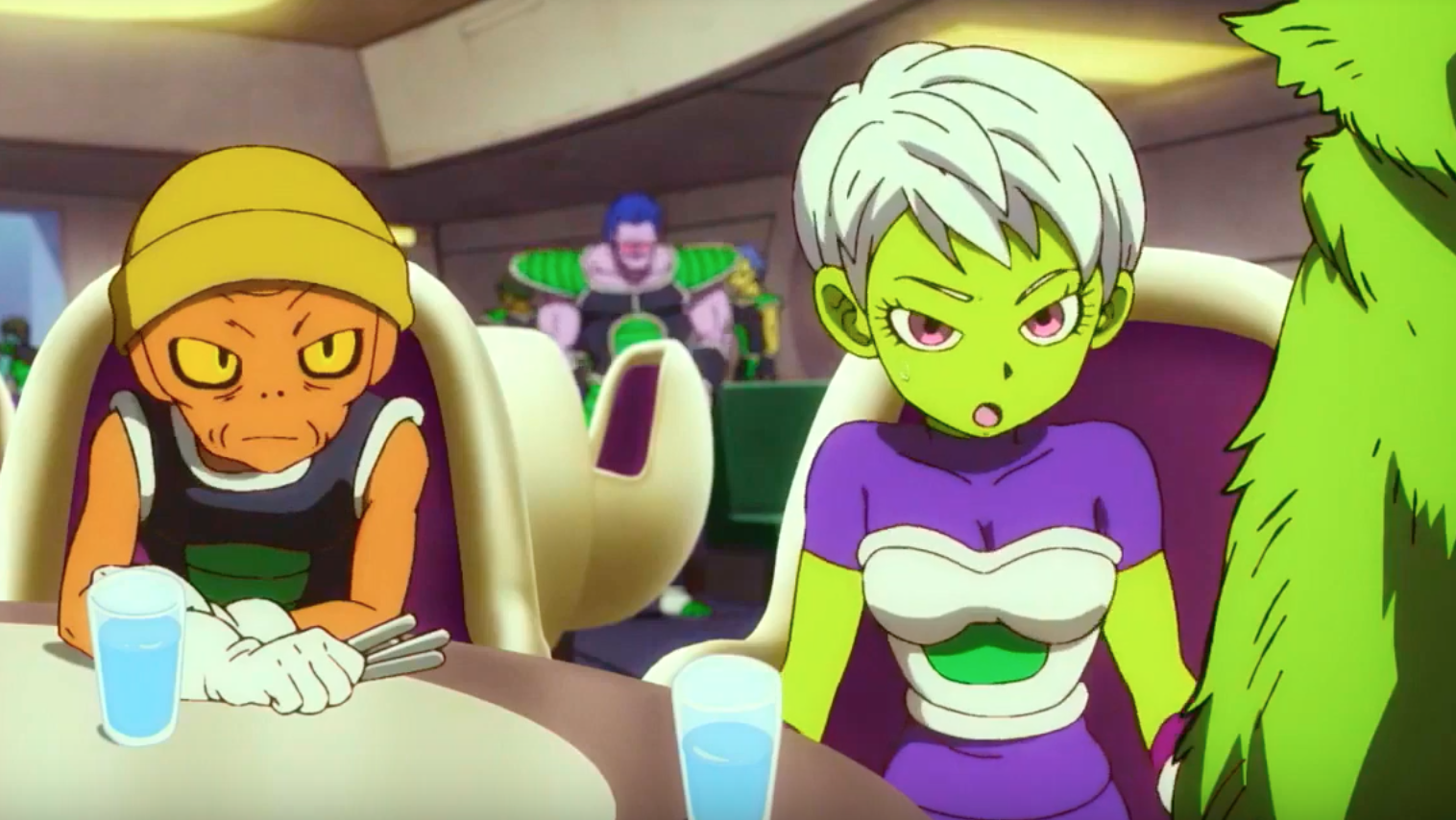 So yeah, Dragon Ball Super: Broly can best be described as another Shonen Jump fanservice film made to be somewhat canon like the My Hero Academia film and the most recent One Piece movies. You’re mostly here for the character interactions and the fight scenes, although this movie puts more effort into making the tale standalone than is expected for these types of projects. Only a couple of the franchise’s huge cast actually have screen time, there aren’t any one-off power-ups that solely exist within the film, and all of the original characters are given decent characterization, although the same can’t really be said for the veterans. But then again, Goku was never a complicated character to begin with.

I’m not a big fan of the English dub, which is the only version you can see if you live in the West. It can be funny at points, but it sounds too sanitized compared to the 90s dub that I grew up with, and no I didn’t think Vic’s Broly voice is all that great either despite him always being the actor behind that character. Still beats listening to Goku’s Japanese voice though. I recently heard it in the latest Jump Force trailer, and for such an old woman, his seiyuu sure sounds like if Rie Kugimiya had balls that were then cut off. 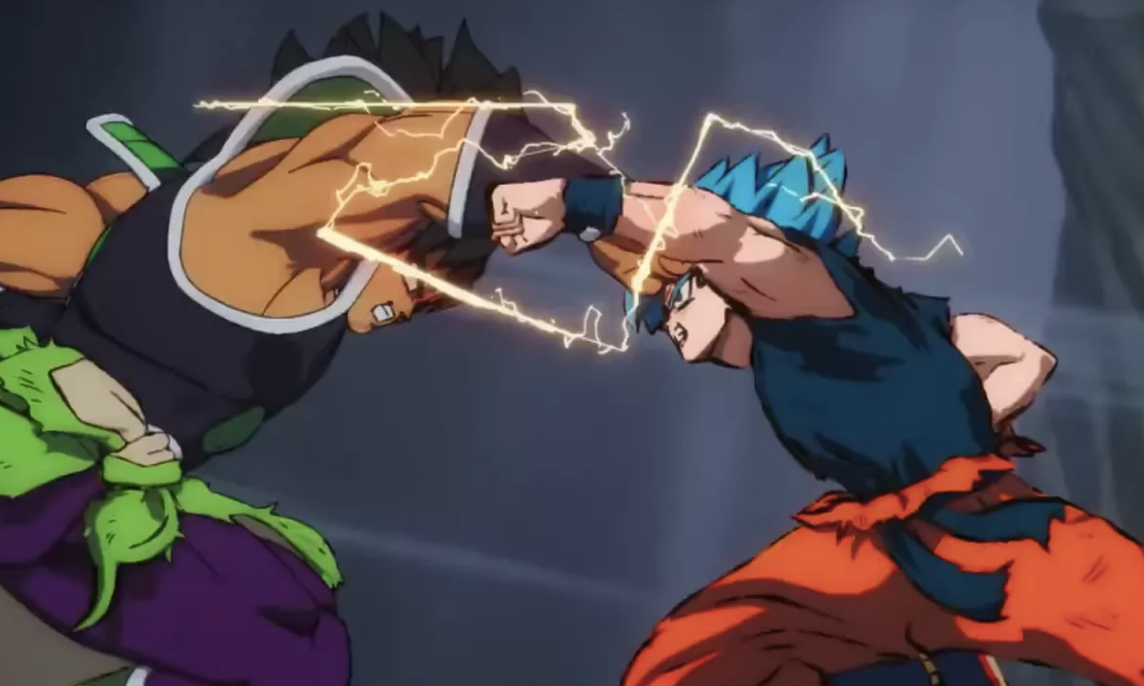 Animation is decent for the most part with some really good fight choreography, although there is some very obvious CG used during the fight scenes that would have embarrassed the creators of the most recent Berserk adaptations. Having not seen the series, I couldn’t tell you how it compares to it like I could with the My Hero Academia movie, but I will say that there’s a scene where Goku and Vegeta combine in order to become an even higher level of Super Saiyan than all of the previous ones, and the results are somewhat cinematic. Unfortunately, since the blu-ray hasn’t come out as of this time of writing and the movie as a whole is not available to torrent or stream online, I can’t confirm how the camera was in this film. From what I recall, I could always see what was going on and I don’t remember any times the camera was spinning in order to mask the action being lame.

Other than that, the fight scene as a whole plays out about the way you’d expect it to. Vegeta has trouble with Broly even when going Super Saiyan. Goku intervenes and he has trouble. The two retreat for a moment whilst Broly pummels the ever-loving shit out of Frieza for what must be two hours in real-time. Goku and Vegeta come back with a new form and beat the crap out of Broly. The soldiers who found Broly use the Dragon Balls to take our titular character back to his home planet, thus betraying Frieza. Goku gives them some living expenses. Cue credits. 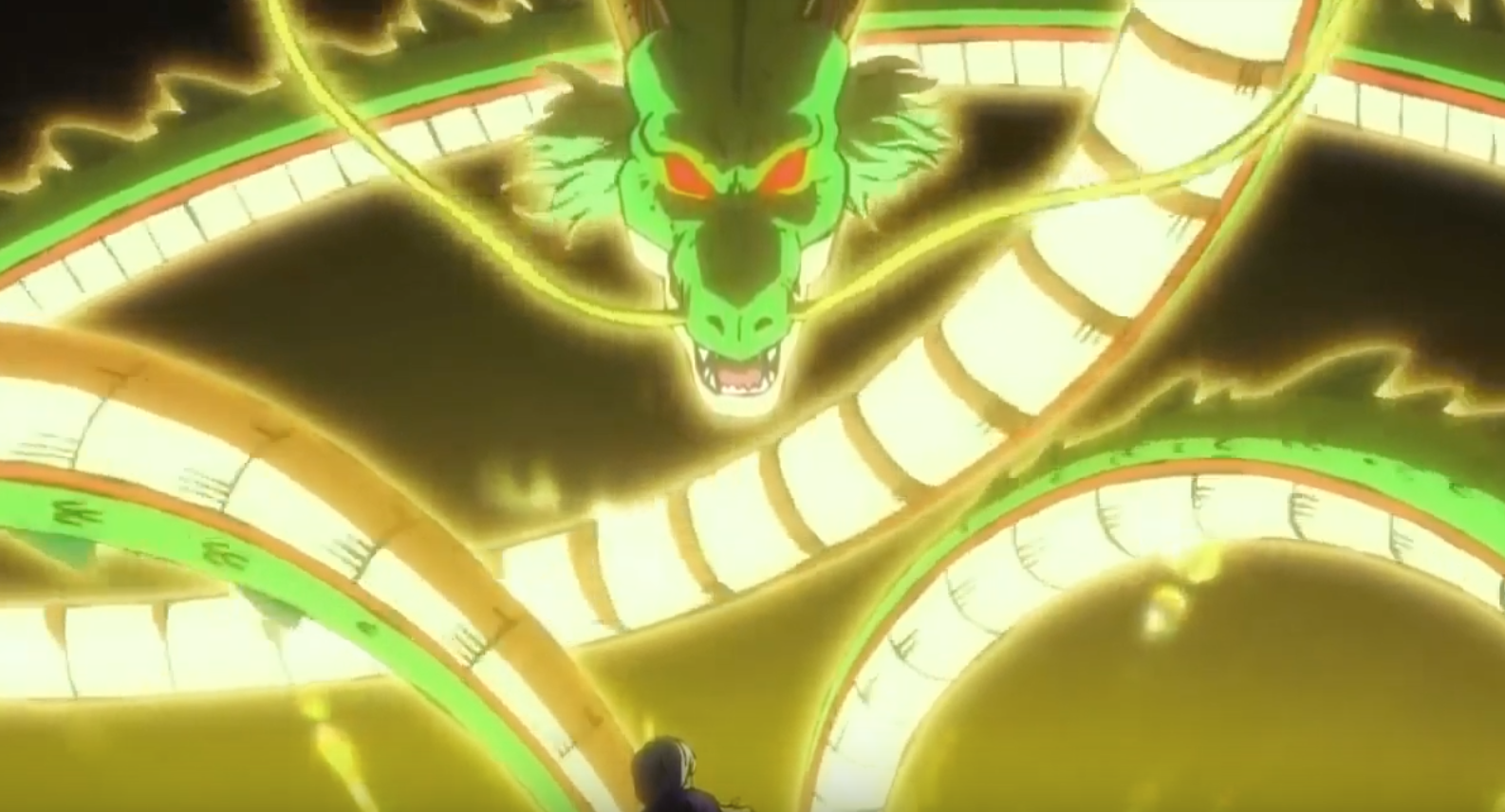 On the whole, Dragon Ball Super: Broly is watchable for the average consumer and is a great treat for Dragon Ball fans in general, even if it decided to retcon Goku’s origins so he could literally just become Japanese Superman. But at the end of the day, the main appeal of the film is the action and the characterization that is the bridge for said action, not unlike most martial arts movies. Whilst well-shot action separates the good martial arts films from the bad, I couldn’t really tell you narratively what separates the dreck from the gold in that genre because it really depends on the movie’s individual personality. And consequently, I can’t even begin to explain why Dragon Ball Super: Broly is raking in so much money to this very day.

I mean it’s not making as much money as Aquaman, and even Lego Movie 2 is making more in terms of U.S. sales despite being a box office disappointment, but $30 million for an anime film around here is nothing to sneeze at. Especially when worldwide, the movie earned over $100 million. Part of the reason is due to how the film respects the Dragon Ball fanbase, but even with anime’s increasing prominence in the mainstream and there being an anime convention near my area dedicated to Dragon Ball, I wasn’t aware said fanbase was large enough to pull off record-breaking box office numbers. I thought My Hero Academia was all everyone thought about now. Have things really changed so much since the last Dragon Ball movie was made that Broly would surpass Two Heroes? 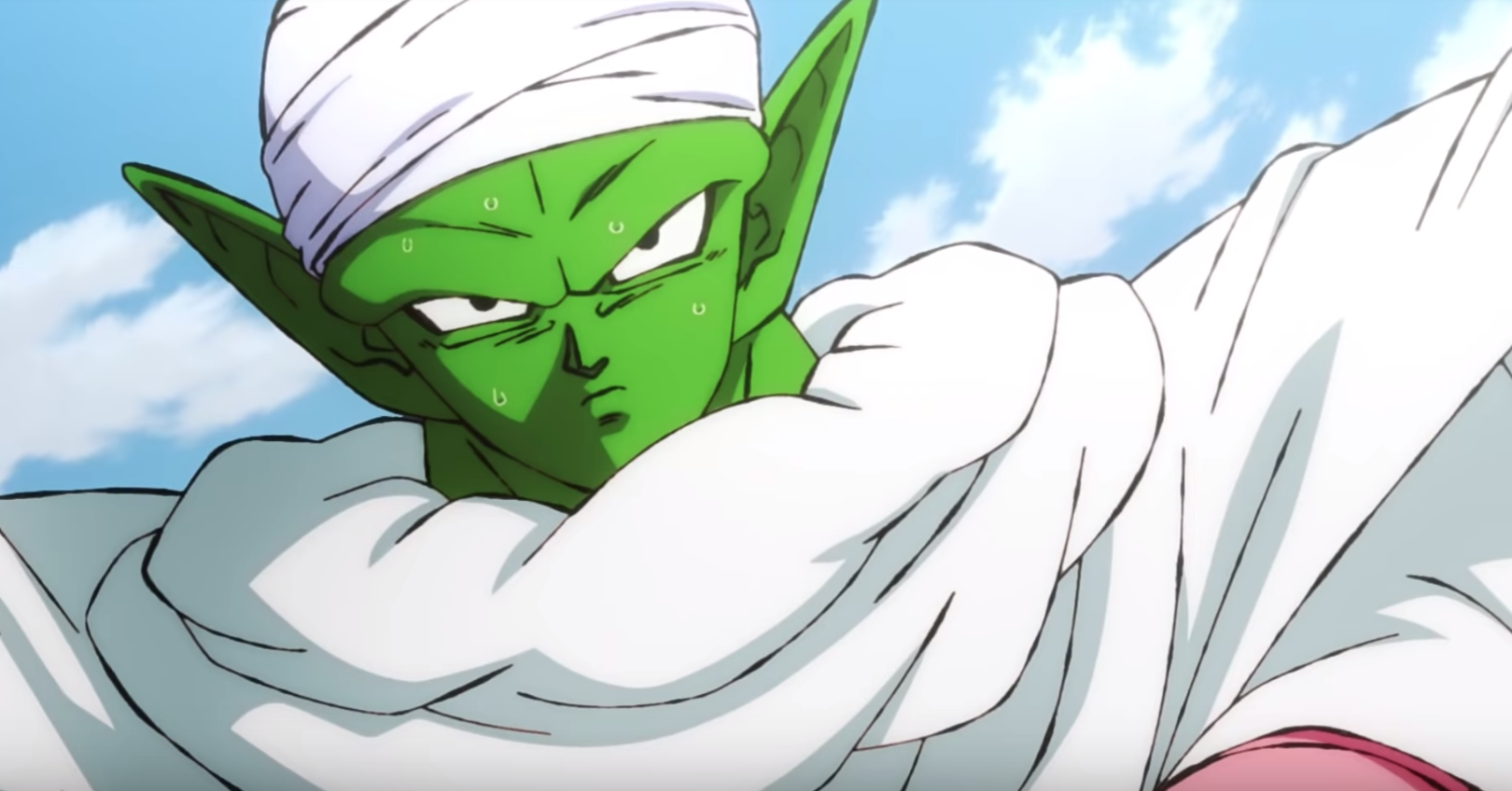 It probably doesn’t matter why the movie became such a success, but I feel like it’s worth pondering nevertheless. As someone who pays attention to popular anime because they’re the only anime that really matter these days, I like to get some insight into what exactly makes something well-known in the eyes of the public. Between word-of-mouth, what I see versus what everyone else sees, changing trends, respect for the fanbase, and a whole lot of other factors, seeing Broly become the hit that it is honestly intrigues me more than the actual quality of the movie. And don’t get me wrong, I had fun watching it. It’s not a great movie, but who watches Dragon Ball for the kind of greatness that I desire anyways?

You watch it to get entertained. That’s what every anime should aspire to be first and foremost, and the Super movie delivers on everything you can possibly expect from it other than maybe the whiny bitches who wanted Gohan to cameo. As such, there’s nothing left for me to say. Sorry this review is so basic compared to what I usually write, but what exactly can I really say a film that knows exactly what it wants to be and delivers on that without getting nitpicky? 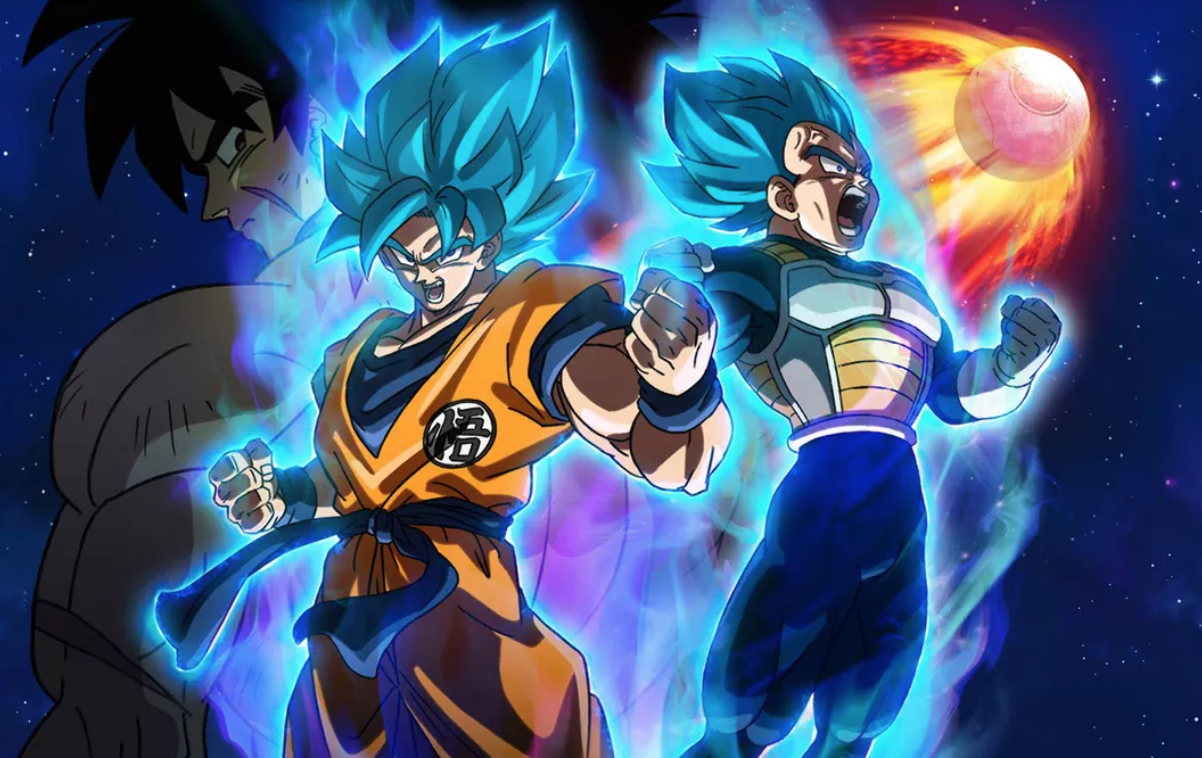 So on that note, Happy Valentine’s Day. Hope you enjoyed reading my thoughts on one of the least appropriate anime I could have picked to review for this day, but jotting down my thoughts for the romance anime I was planning to review is a lot more time-consuming than I thought it’d be.