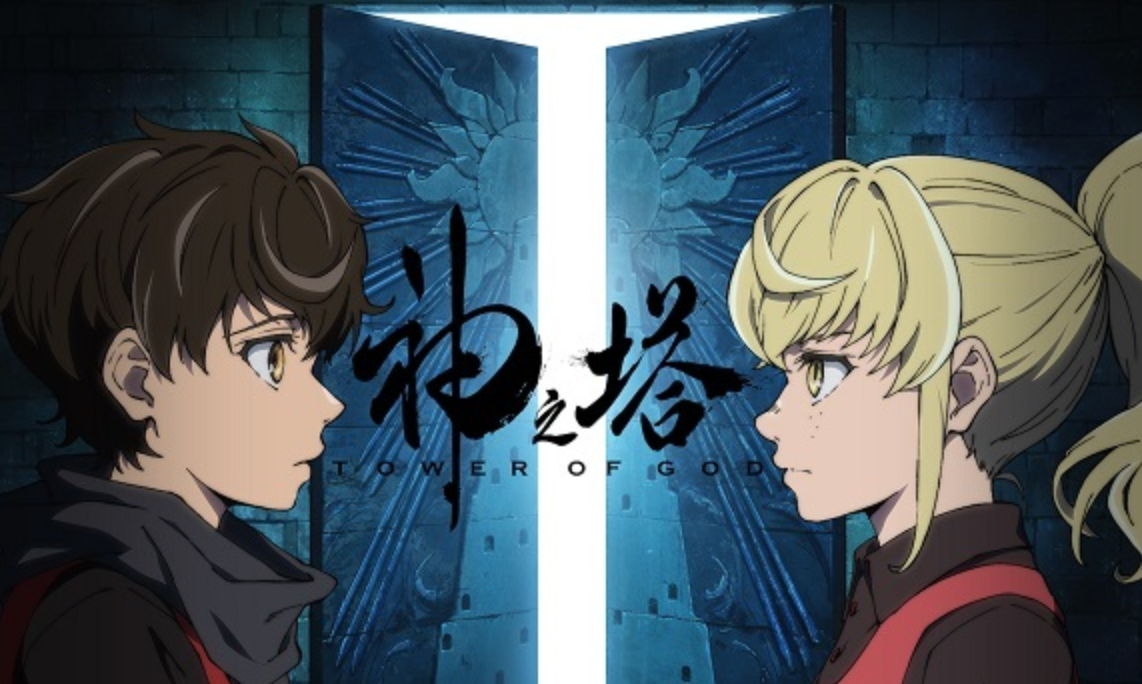 Shonen and isekai are just not going to settle down for a while now are they?

Well it turns out that I just can’t escape shonen, although given how so many anime are getting delayed as of late, that might change in the future. I already knew Kaguya-sama was going to be one I’d be sitting through, but I didn’t know going into it that Tower of God was also going to be a shonen. Obviously I knew beforehand that it was hyped as the next big anime, but otherwise I didn’t know a thing about it. It wouldn’t have stopped me from watching the anime, but it definitely makes me groan that I’m watching some Korean version of Hunter x Hunter every Wednesday.

Of course, the big reason this anime is getting hyped up so much is because of the original webtoon. Goddamn do I hate when source material fans think an anime is going to be good just because the comic is good, or vice-versa. That sort of logic never seems to apply when a live-action adaptation is made of a manga, but then again, there aren’t many people who read the original source for Oldboy now are there? 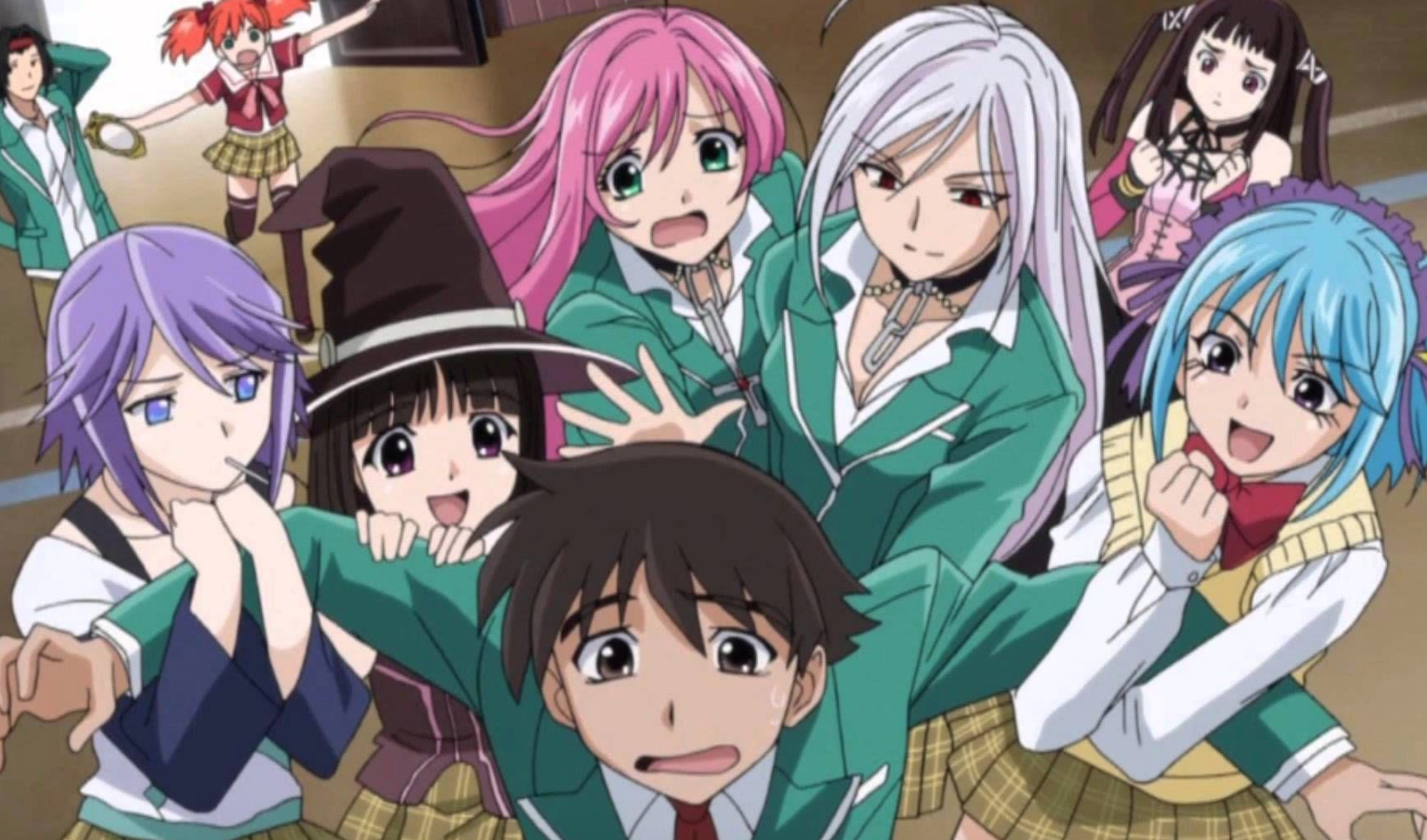 Yeah yeah, I hear you. Anime tends to be faithful to the source (moreso these days than the era when that fucking awful Rosario + Vampire adaptation was more the norm) while live-action adaptations tend to take liberties. And if the animation in Tower of God had been dogshit like with the latest seasons of Seven Deadly Sins, One Punch Man, and Food Wars, then the fanbase wouldn’t be so defensive about it. Regardless, the manga is not the anime. If it was, then you would just be happy with the original webtoon version existing and not watch the adaptation at all. You wouldn’t be demanding certain people read the source to understand why the anime is going to be awesome.

Anime is more than just bringing voice acting and movement and such to still images. It’s a completely different medium with its own strengths and weaknesses in the same way that live-action is, plus it has the ability to fix what didn’t work in the original source if need be. Sure the chances that an anime adaptation would actually improve on or fix the source material is rare given how most of them exist as expensive advertisements, but finding a good anime itself is rare, so I don’t find that to be a satisfactory excuse. Besides, the fact that so many anime can’t live up to the original source should in of itself prove the difference between comics and animation. The fact that this Tower of God anime is only going to be one-cour long and thus might not even get to the amazing parts that make the webtoon so legendary should be the cherry on top of my beatdown towards your poor arguments.

One thing I never touched on with regards to my shonen fatigue are the fanbases, because I’m too much of a nobody for them to come after me, and every fanbase is inherently going to be a problem due to how the only thing you really share in common is this love for one specific product. But let me make it clear right now, I think certain shonen fandoms are fucking annoying. My Hero Academia fandom is obviously the worst given how they expect me to care about certain things in only a certain way and who can forget the events that lead to the series getting soft-banned in China? Demon Slayer fandom is not far behind given how they spoil things more than the Danganronpa fandom and just assume the anime is going to be good or bad because the manga amazed or disappointed them at points. 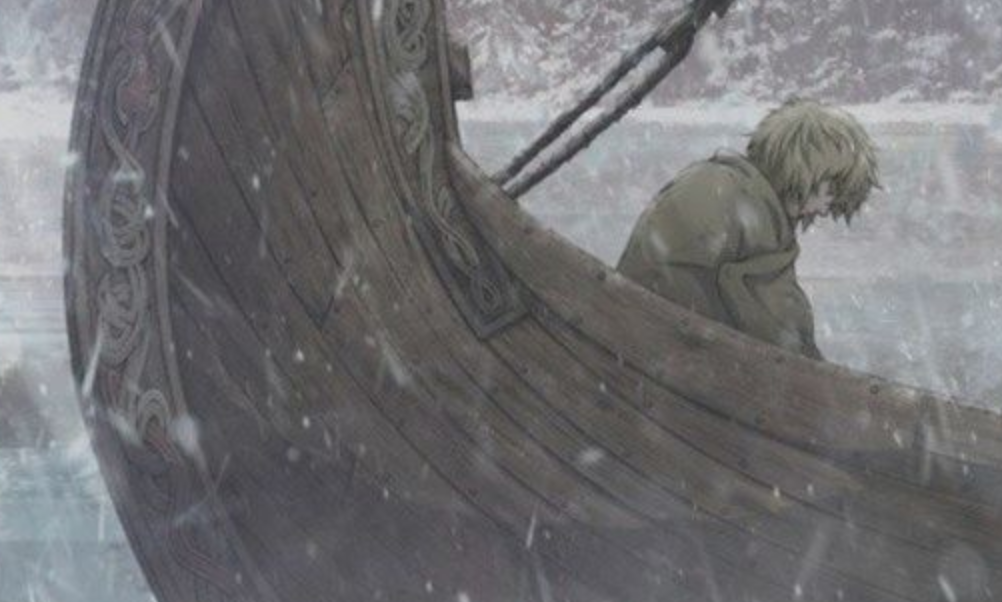 Then there’s the Naruto fandom. The Promised Neverland fandom. The Vinland Saga fandom who just can’t let it go that their precious series didn’t win a useless award from a not-so-great company. Obviously, when I say I dislike those fandoms, I generally mean the 10% (give or take) that search for clout on social media. Most of the sane people in fandoms don’t actually hang out on Reddit or Twitter or whatever, which is part of the reason why the minority is as vocal as it is. But bottom-line, I hate the vocal minority associated with shonen. And I especially hate how they all seem to be rabid manga fans. I’m sure there are some anime-onlys thrown in there, but good luck finding them.

Because shonen manga tends to run on incredibly long if it’s successful (especially compared to other genres), people have more time to grow an intense attachment to them the same way that a successful long-term relationship produces intense romance between the parties involved. This can lead to severe reactions when the trust that supports the relationship gets broken like what happened with Food Wars, but it can also lean too far in the opposite direction and make your love for that thing turn into an unhealthy obsession like what happened with Homestuck. Basically, I understand why this vocal minority of manga fans that I hate so much exists. But that isn’t going to stop me from firing back at them when they’re not treating certain things equally.

Like I shouldn’t have to read the original source to understand an anime. When Game of Thrones was good, no one would have said I needed to go through George R.R. Martin’s prose before turning on the first episode. I shouldn’t have to like manga just because I’m an anime fan in the first place. Sure I read a lot of hentai doujins and series, but do those really count? Besides, how much of the anime fandom actually reads manga to begin with? Not that I don’t read the occasional Japanese comic, but I also watch the occasional English dub as well. However, I actively avoid them for the most part because I don’t really care about them as a medium (well okay, I care about English dubs a bit more than than manga, but mostly in video games). 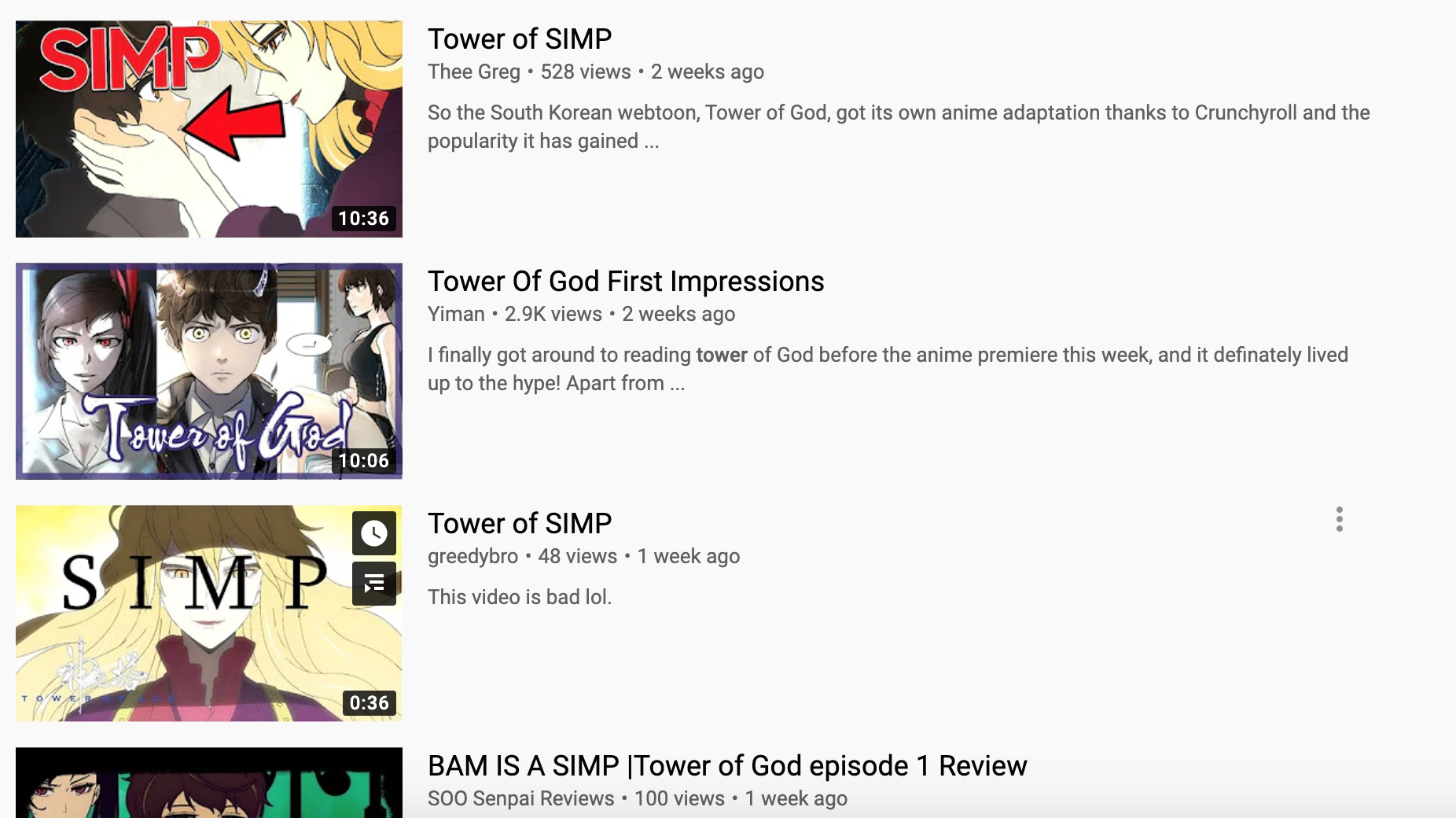 I haven’t seen too much of the Tower of God fandom beyond a few negative comments towards some people who weren’t impressed with the first episode, but what I have seen is pretty much what I’ve talked about in this post, and there hasn’t been anything they’ve said to challenge my mindset because it all comes back to a comic that I have no intention of reading. Now granted, maybe their wrath towards me would be different than their wrath towards some of the targets I’ve seen, because said targets tend to be shonen fans who read manga when they criticize that someone isn’t enjoying an anime properly. But while it’s true that the Internet is inherently toxic due to lack of social cues and such, that doesn’t mean you should accept the toxicity exists. And the fact that these fandoms would do things that would make me annoyed with them in the first place despite me not being on their radars should make it clear that I definitely do not appreciate their existence.

All in all, it’s really unfortunate that shonen anime comes with this baggage, especially today. I still recall the Fire Force fandom who dunk on people that hate the fanservice in that series as well as the people who rag on the ecchi like it was the only reason the show wasn’t great. At the end of the day, you know what’s one practice we should get better at? Self-censoring ourselves. I’ve been censoring my actual opinion of Tower of God in this very post, and you know what? It really does wonders for my mental health.