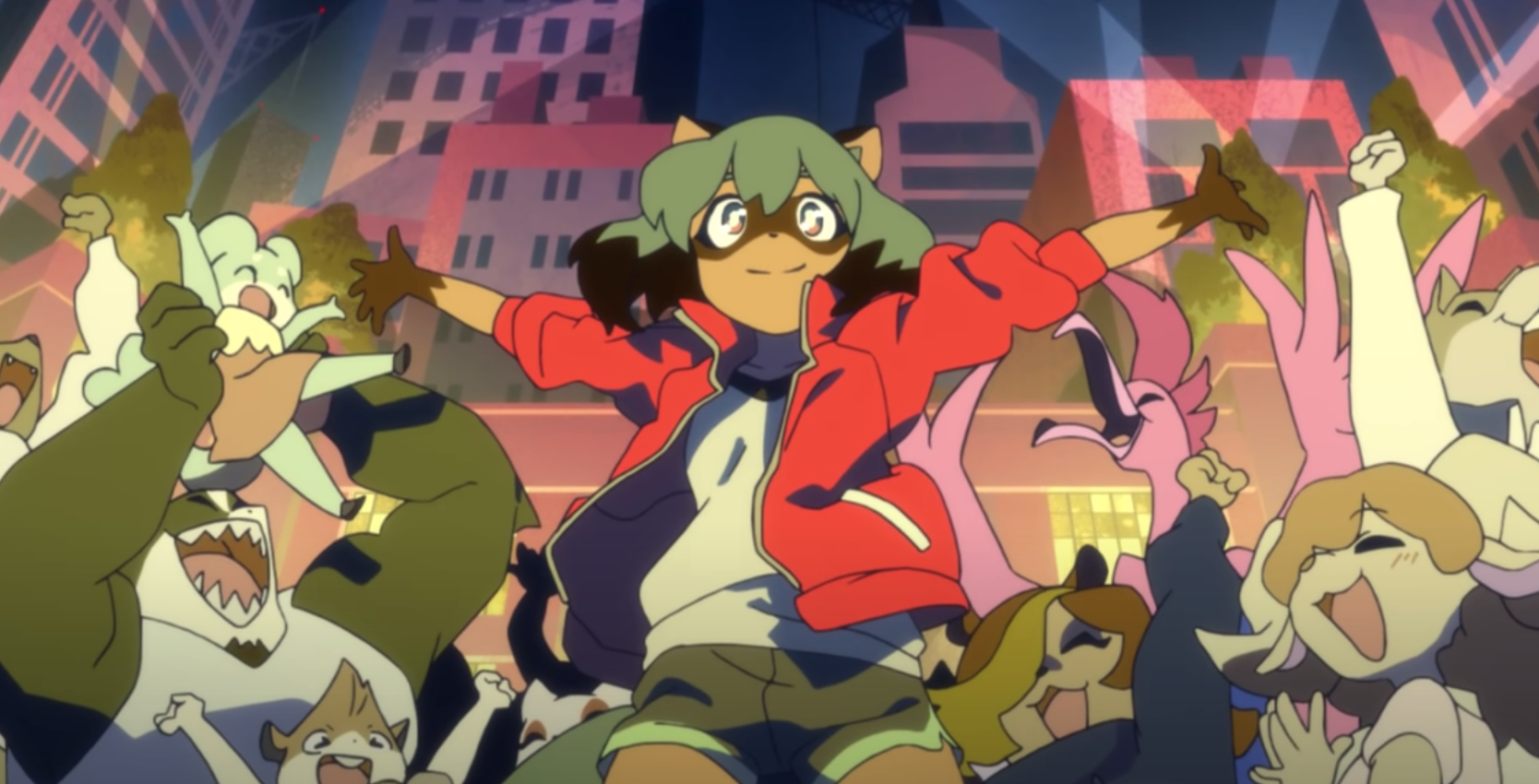 Not going to lie, I want a Michiru plushie.

Well it was inevitable, but after constant exposure to the shonen genre and everything it has offered, I’ve simply burnt out on it. After somewhat getting into the big shonen Spring duo of Kaguya-sama S2 and Tower of God when they started, I have officially lost all interest in continuing after reaching the halfway point for both shows. I’ll probably still see them through to the end, but don’t be surprised if I end up abusing the speed-up functions for them. Tower of God is just barely holding my attention through the character lore in-between the shonen tournament antics, and Kaguya-sama… 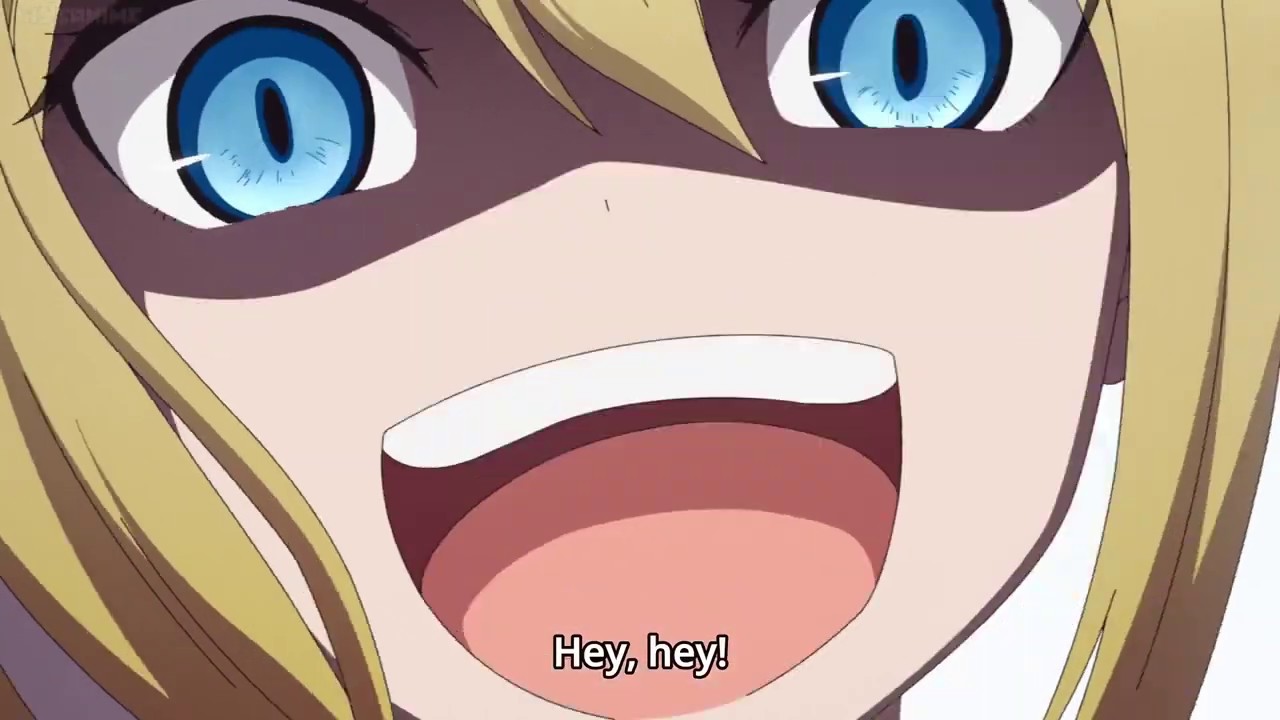 …you know I don’t think there’s anything I really like about Kaguya-sama at the moment. It used to make me laugh like once or twice an episode when it came back, but now I’m the undefeated champion of every “try not to laugh” challenge that anime is throwing at me. I dunno what it is about the election arc that killed the humor of that show entirely. Maybe it’s the fact that I saw how it was presented in the live-action and the lack of the doctor doing a stupid dance got to me, but I think it’s clear that if I’m going to continue to enjoy anime as a medium, I’ve got to distance myself from the tsundere romances and the tournament arcs and embrace stories made for furries instead.

Obviously I’m joking, but it’s true that the anime I’ve found the most interesting this year have primarily used animals as a selling point. There was Interspecies Reviewers from last season, which was a pretty decent comedy that mixed hentai logic with very detailed world-building regarding the different species and how they’re equipped to handle sex work. And this season, the anime that stood out to me the most has been Brand New Animal. Trigger’s newest series that’s basically Promare by way of District 9, and after binging all of the fansubbed files that were only made possible by the entire series coming out super early on Netflix Japan, I’m eager to jump into it again when it hits American Netflix at the end of this season because I really did enjoy it that much. 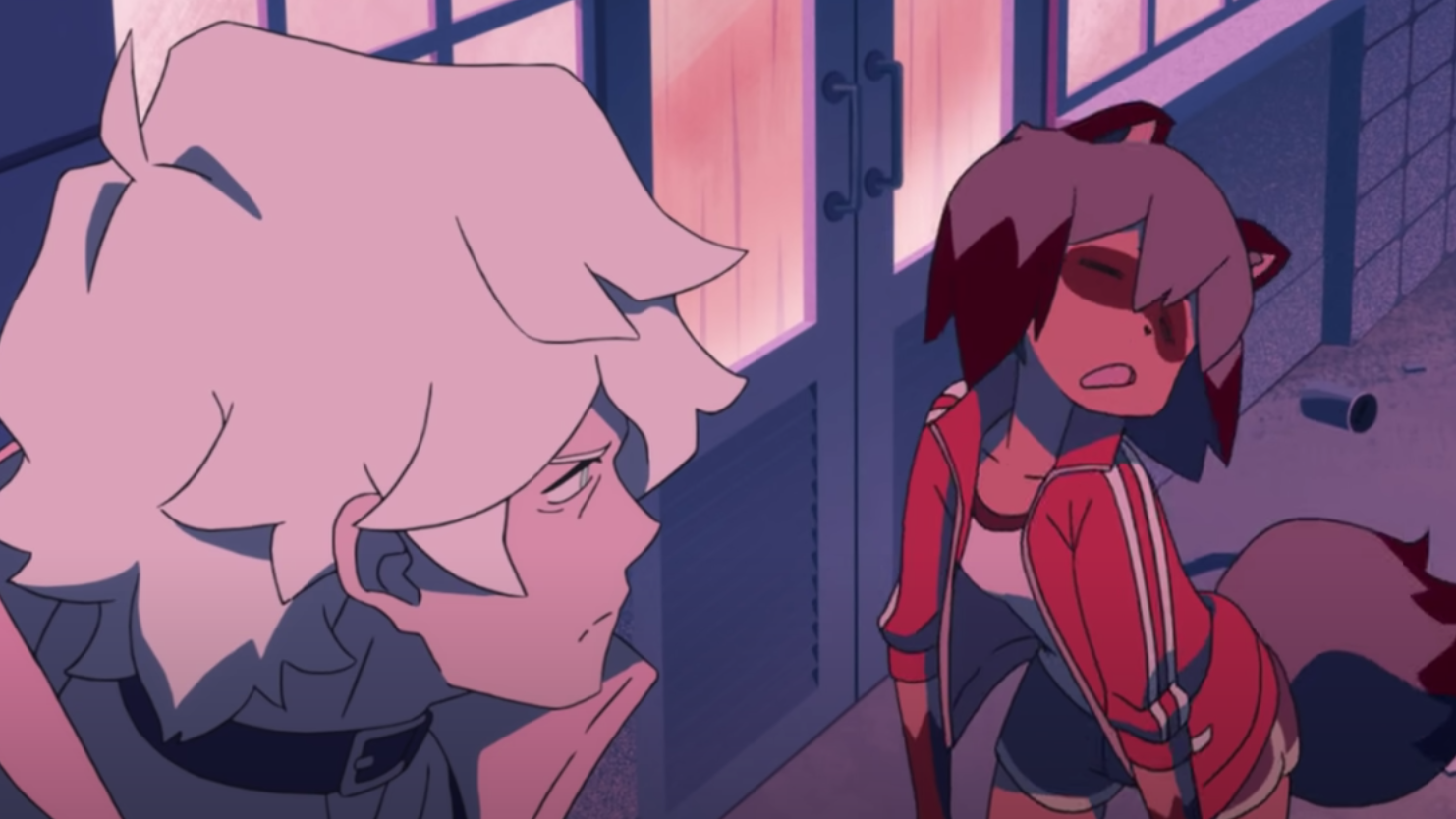 The basic premise of this anime is that it’s about a young girl named Michiru who was transformed into a Beastman against her will – which doesn’t fly well with humans because they look at animal people the same way China looks at Hero Academia fans. She ends up escaping to AnimaCity, the “paradise” for all Beastmen, only to discover that it’s rampant with crime underneath the glamor and freedom, and ends up becoming the partner to a wolf detective whilst searching for a cure to her condition. However, it soon becomes apparent that her powers are special compared to most Beastmen, and Michiru ends up becoming a pawn in a much larger conspiracy that threatens the city’s existence whilst learning about the nature of her animal brethren. Expect lots of racism metaphors ahoy.

I guess these days, animals are just the most convenient way to do a racism story. Lord knows Japan doesn’t have any knowledge of how to use actual black people without being racist themselves. But I’ve got to admit, I really like the animal designs in this series. Something about Michiru’s design really makes me want to hug her, and every one else is just so stylized, although this is a Trigger anime so I guess the show doesn’t get any real points for that.

What it does get points for is how much more ambitious it is compared to its predecessors. Not that I didn’t enjoy Beastars, but the first season felt like a prologue to a much bigger story, which seems to be something of a staple now for Studio Orange’s productions. Whereas in the twelve episodes there are of Brand New Animal, I felt like I learned everything I needed to know about the world and its characters and have no desire to continue on. And that’s what a good anime should do: give you a lot to digest without desiring a continuation. Sure sequels are getting more popular to make as of now and almost anything get revived these days, but I still prefer my anime to be something that actually ends, less the continuation turns out to be a load of hot garbage – which 95% of anime sequels are (and I’m being generous with that ratio). 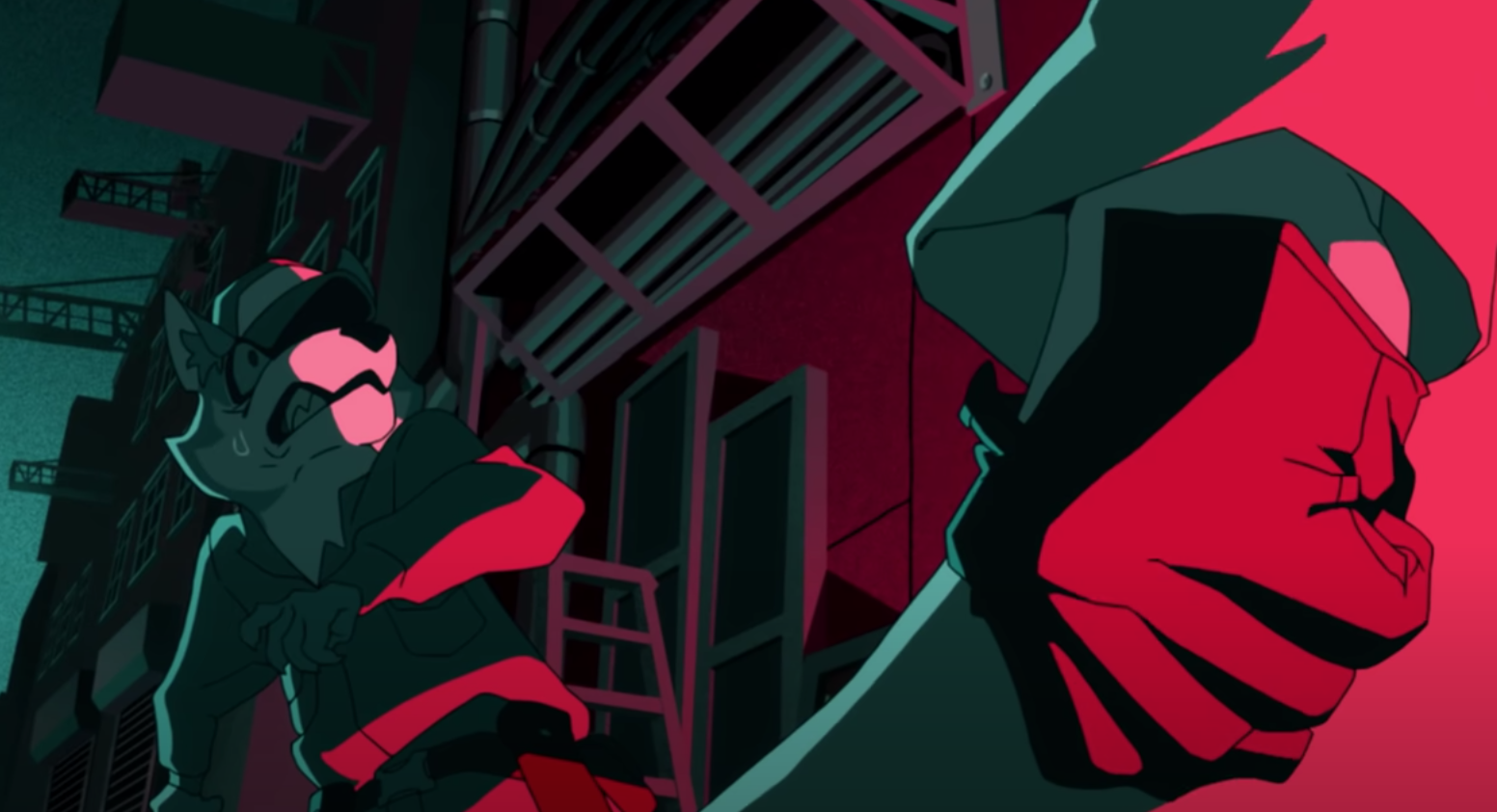 Have any of you guys ever played those Fire Emblem games where Ike was the main character? Do you guys remember how much animal racism played a big deal in the plot of his story because when you get down to it, those animal people are dangerous and have a tendency to submit to their animalistic instincts, so it’s not entirely unjustified to be afraid of them? That’s one of the big reasons why Brand New Animal’s own racism story appeals to me. It looks at it from a lot of different sides and it’s not afraid to make it clear that at the end of the day, there are reasons why animal people are considered dangerous, and they are different from humans in key ways. You can make friends with a gorilla, but don’t be surprised if the gorilla accidentally crushes you to death when you try to wrestle with him.

I also really like how despite humans being racist against animal people being a huge truth about the show’s world, you don’t actually see many humans in Brand New Animal so it can focus more on exploring the Beastmen themselves and how they don’t always make good arguments for why we shouldn’t leave them to Darwin. There’s a lot of ways to do racism stories, but most of them are in love with the idea of the two sides learning to understand each other because that’s the happy ending. The ones that are like District 9 or Devilman Crybaby where the racism is just an inescapable evil are pretty rare, but even those two shows had a large presence of humans to make the aliens/demons look angelic by comparison (and yes, I remember there were demons in Devilman that weren’t selling the idea of peace all that well on account of human flesh being tasty to them).

Brand New Animal is more focused on how animals have the potential to be bad just as much as they have the potential to be good. While you do have some human focus with Michiru, ultimately she’s there to be our eyes into the good side of Beastmen whilst a decent chunk of the Beastmen themselves prove that the bad side exists. And I really like that. It’s a really unique way to look at racism that, to be fair, Beastars and Zootopia also look at as well. I remember Legoshi getting mad hungry/horny when he saw his rabbit waifu, don’t remind me. But Brand New Animal actually commits further to that viewpoint with the paradise city itself almost getting destroyed at points as a result of the bad side of Beastmen. If you can’t keep your human-free world under control, what makes you think these guys deserve to live amongst humans themselves? I love thinking about that kind of stuff and I enjoy when anime leave those questions to the viewer and don’t answer it themselves because at the end of the day, this is an anime. It’s not a fucking research paper. 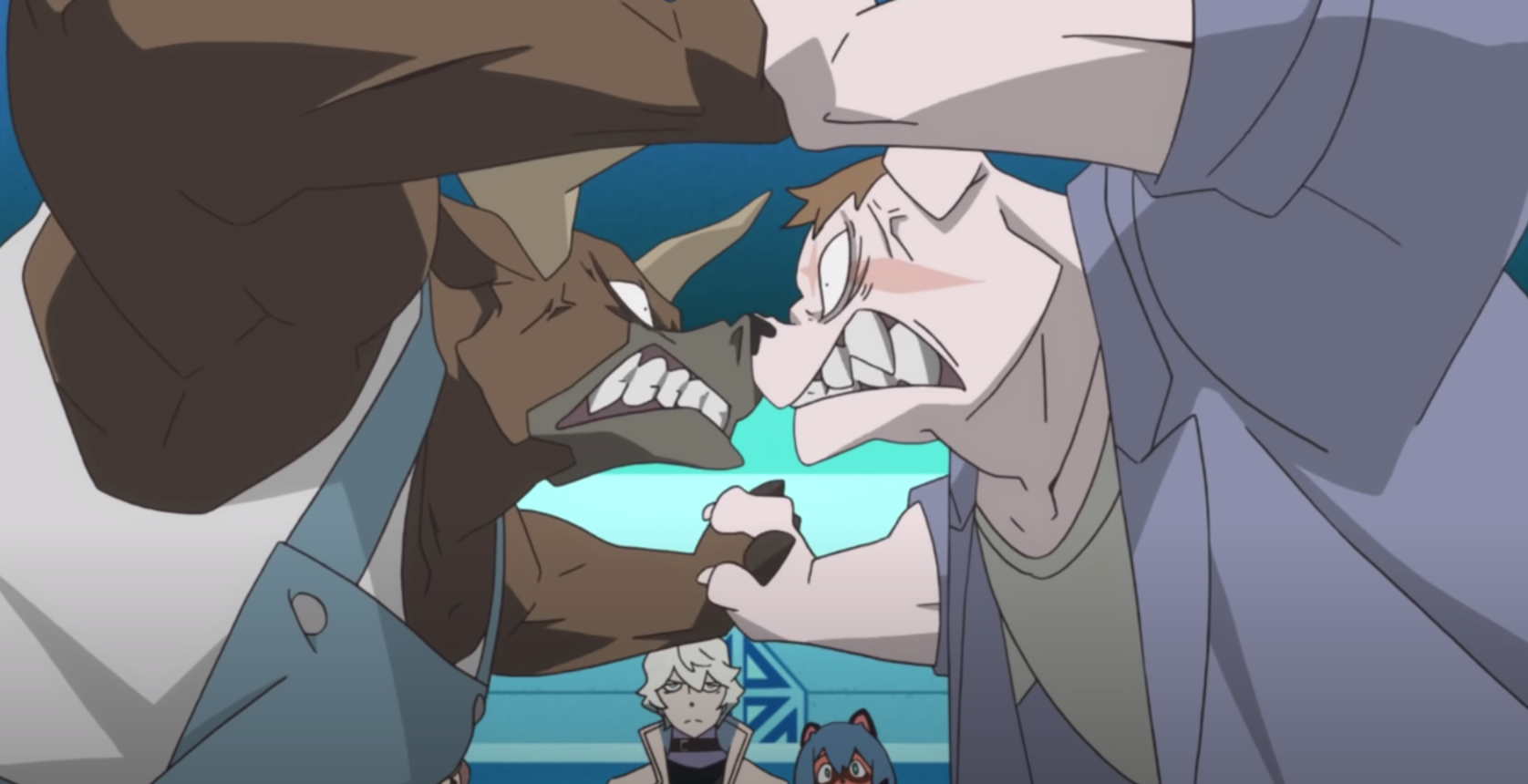 Obviously nothing by the writer of Gurren Lagann and Kill la Kill is perfect, and Brand New Animal is no exception. The show is really hungry in regards to analyzing racism from all sorts of angles, and some of the ideas presented get rushed as a result. Like the concept of animals making babies with other animals, which is a key point in the final villain’s motivation for why he acts like a jackass, but is never really brought up throughout the entire anime beyond “that’s how Beastman biology works”. There’s a twist regarding the final villain that you’ll totally see coming if you’ve seen other Trigger anime, and while it doesn’t ruin their character, it makes it a lot easier to punch him in the face whilst the protagonist goes “WRRRROOONNNGGGG!”.

Honestly, the show needed one or two more episodes to flesh out the finale a bit more, although I’d advise you to ignore anyone who says it needed another entire fucking season, because that’s like buying an entire new fridge from Home Depot to get more space for your water bottles when a much cheaper cooler or mini-fridge would suffice. Oh and did you guys know that this series is directed by the same person who did Little Witch Academia? Remember how there were a lot of distracting still frames in that series, especially when other characters were moving? Well guess what came back for his second project?

But for everything Brand New Animal gets wrong, it does like ten things right. During the important scenes, the animation and direction really shine. For every point about racism it doesn’t develop properly, there are five other points where the storytelling really shines. The cast is expansive and almost all of them are just so good. I love how they are morally complex and make dumb decisions that they end up confronting and becoming stronger from as a result whilst trying to stick to their way of life. One standout scene to me is during the second half of the show, Michiru gets into an argument of ideals with a long-time friend of hers, but instead of some big showdown between the two, they start to re-establish their friendship whilst sharing a car because Michiru starts to understand just what her friend is actually going through. No big explanation of her new mindset either. Just subtle behavior changes that we can interpret from the body language and visuals. 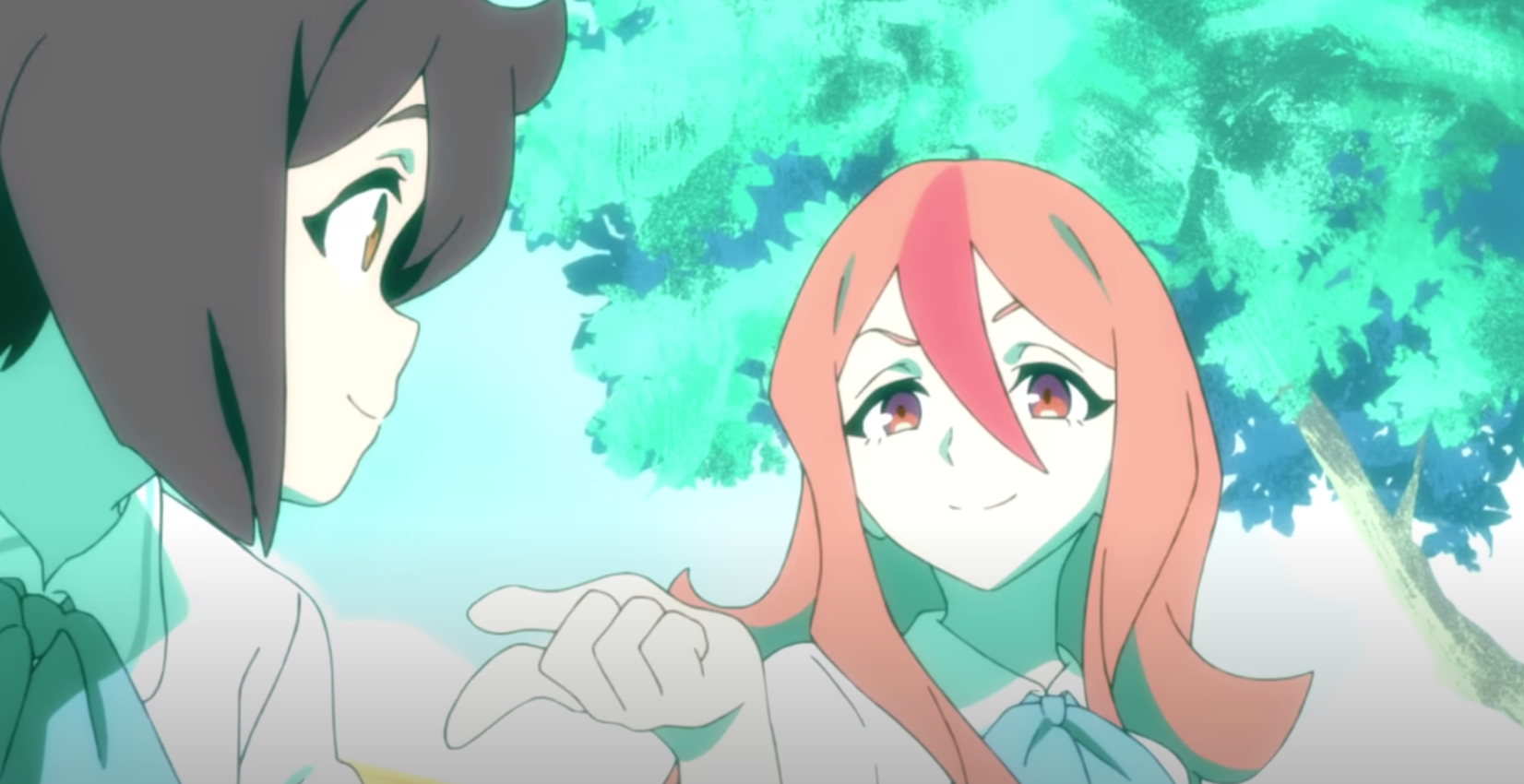 I’m starting to realize just how much I look forward to an anime whenever I see Kazuki Nakashima attached to a series. While he’s in love with exposition dumps and being cool for the sake of it, he has some really impressive storytelling methods that are seemingly dumb on the surface but actually smart when you stop to think about it, and I think he’s improved on them with each new anime he’s made. I thought Kill la Kill was an improvement over Gurren Lagann, and Promare felt like a really refined version of what those two accomplished. Brand New Animal might not be better than Promare considering it loses out on tightness, visuals, and yaoi-bait, but writing-wise, it definitely stepped up in ambition with regards to how it handled discrimination and I think it accomplished most of what it was attempting.

So yeah, I’m definitely seeing it again when it comes out on Netflix and I hope anyone who’s reading this and hasn’t seen it yet gets motivated to look at the show too. Brand New Animal easily gets a recommendation from me if you’re one of the many who fell in love with Beastars when that was the big furry anime of the season or just love anime like Promare in general. Hopefully the English dub for it is actually good, assuming people were available to actually record it given how we’re still living in the cursed year that is 2020.