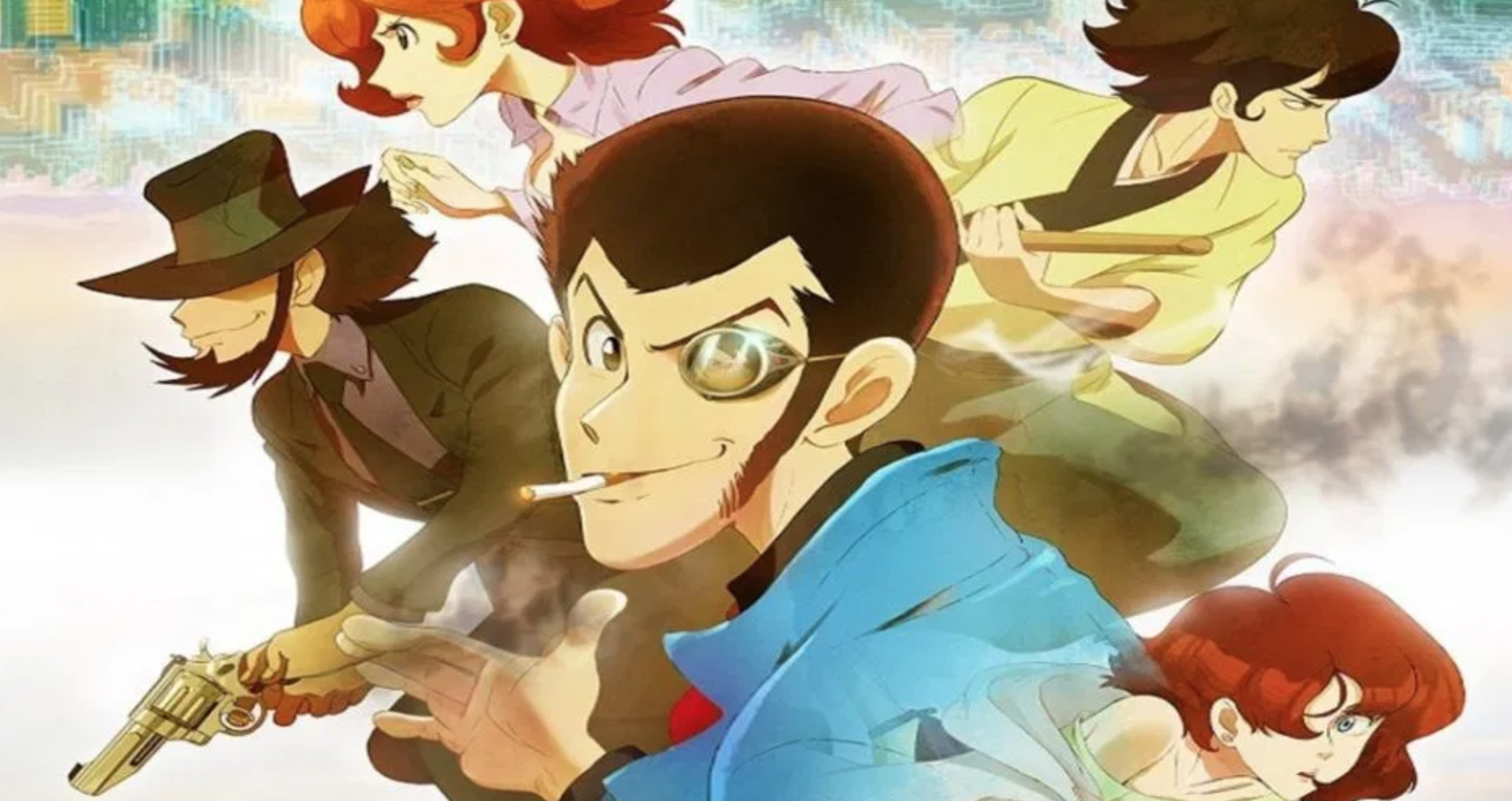 And no I’m not going to modify it in the original post beyond maybe linking this one, because making big edits to big projects in retrospect is a messy ordeal.

Yeah this is a pretty unusual anime to rank as one of the best series of the last decade, isn’t it? A lot of you probably don’t know this show even exists, let alone know that I watched it, because Lupin is not very popular outside of Japan and Italy. I think the fact that there’s so many Lupin shows and they’re all regarded as sequel parts makes it hard for people to get into the franchise. And to be honest, most Lupin anime aren’t great. The character is cool, but he rarely gets actually good stories attached to his adventures. They’re mostly just throwaway escapades that you can watch once and never watch again.

But goddamn was Part 5 a fucking standout in the character’s career. Lupin the Third made a big comeback in terms of quality in the 2010s with the gritty timeline that was more in line with the manga and the blue jacket series that was basically a love letter to his career throughout the decades. And his 2018 series is easily the best iteration I’ve seen of him. The series’ shift into multi-episode long arcs with the occasional episodic breaks allows for Lupin to get put into situations that he can’t just solve instantly, leading to more tension in his career. But more importantly than that, we get some actual honest-to-god characterization with Lupin and his gang beyond what we already know – or if we do know it, it’s done in a mostly refreshing way – that actually sticks and plays a vital role throughout the entire runtime. 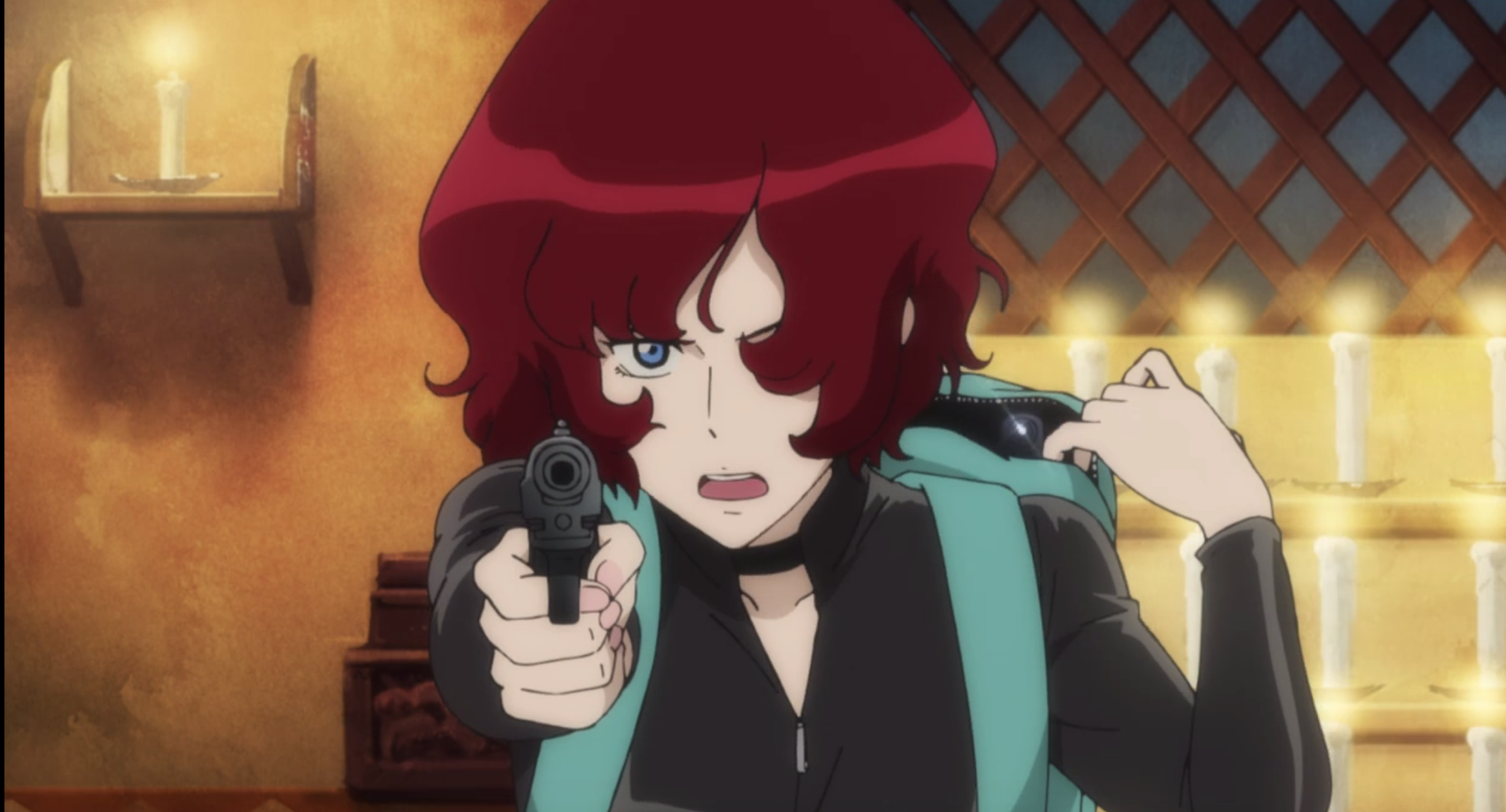 Ami was easily one of the best new characters to be introduced into the posse. The fact that she has hacking skills that none of the usual main characters had made her feel really unique, and the way she functions as a catalyst to look into the relationship between Lupin and Fujiko while going through her own feelings was great. I just loved how capable she was whilst the show never overlooked the fact that she was a teenage girl, kind of like a grittier version of Futaba from Persona 5. It’s the first time I’ve seen a new Lupin character that felt like she could actually belong with the group if it wasn’t for the fact that I felt like she went through all the character development she could possibly get by the end, whereas for me to continue being interested in Lupin shows, they have to develop the main cast just enough to where I find them interesting but not enough to the point that I feel like I’m done with them. 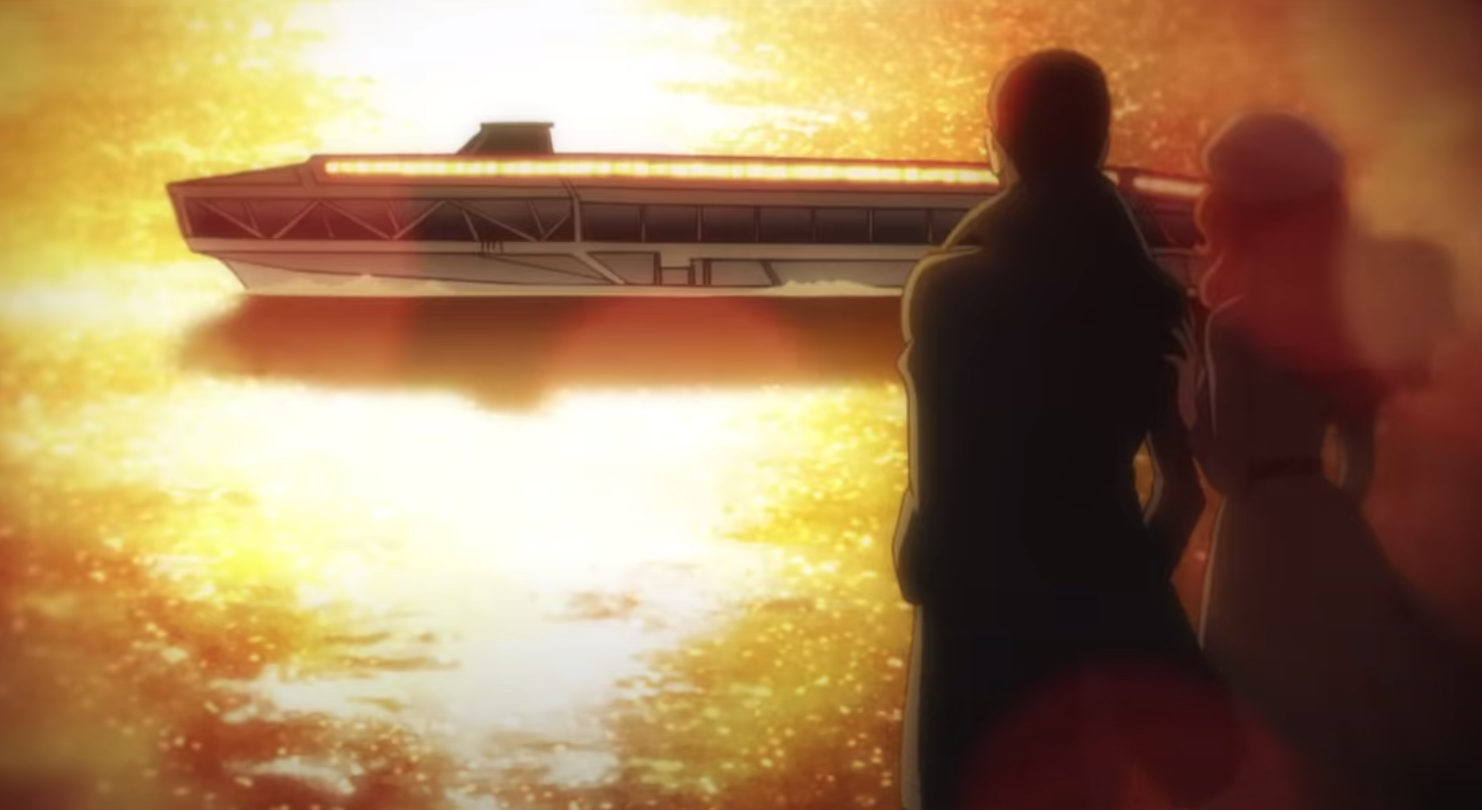 And speaking of character development, Lupin and Fujiko’s troubled relationship in this series really did a good job at making me see the two in a new light. I’ve always known that until they got bored with the thieving antics, they’d never settle down and Lupin would never get tired of Fujiko screwing him over. But to see their constant chasing of each other eventually reach a point where Fujiko wasn’t sure if Lupin truly cares about her, causing them to “break up”, and the answer that Lupin eventually gave to her after everything that happens was both unexpected and also developed them to the point where I could see them going back to their old antics in the future, but I’ll always have their true feelings in mind when I do so. It’s kind of like how I know that Inspector Zenigata and Lupin really like each other, even if the former will never stop in his pursuit to arrest the latter.

The animation is also really good. Not as good as Part 4, but still much better than what Lupin used to get and it leads to some really cool (and surprisingly brutal) action scenes. The tribute episodes where Lupin got to don the colored jackets from previous series were for the most part a great love letter to those who’ve stuck with the franchise for so long, and the fact that it’s all canon with some of them being used to contrast how Fujiko and Lupin were like back then compared to how they are now was a neat touch. The one where Zenigata lost his memory was a little phoned-in, but the others were quite enjoyable and hilarious. 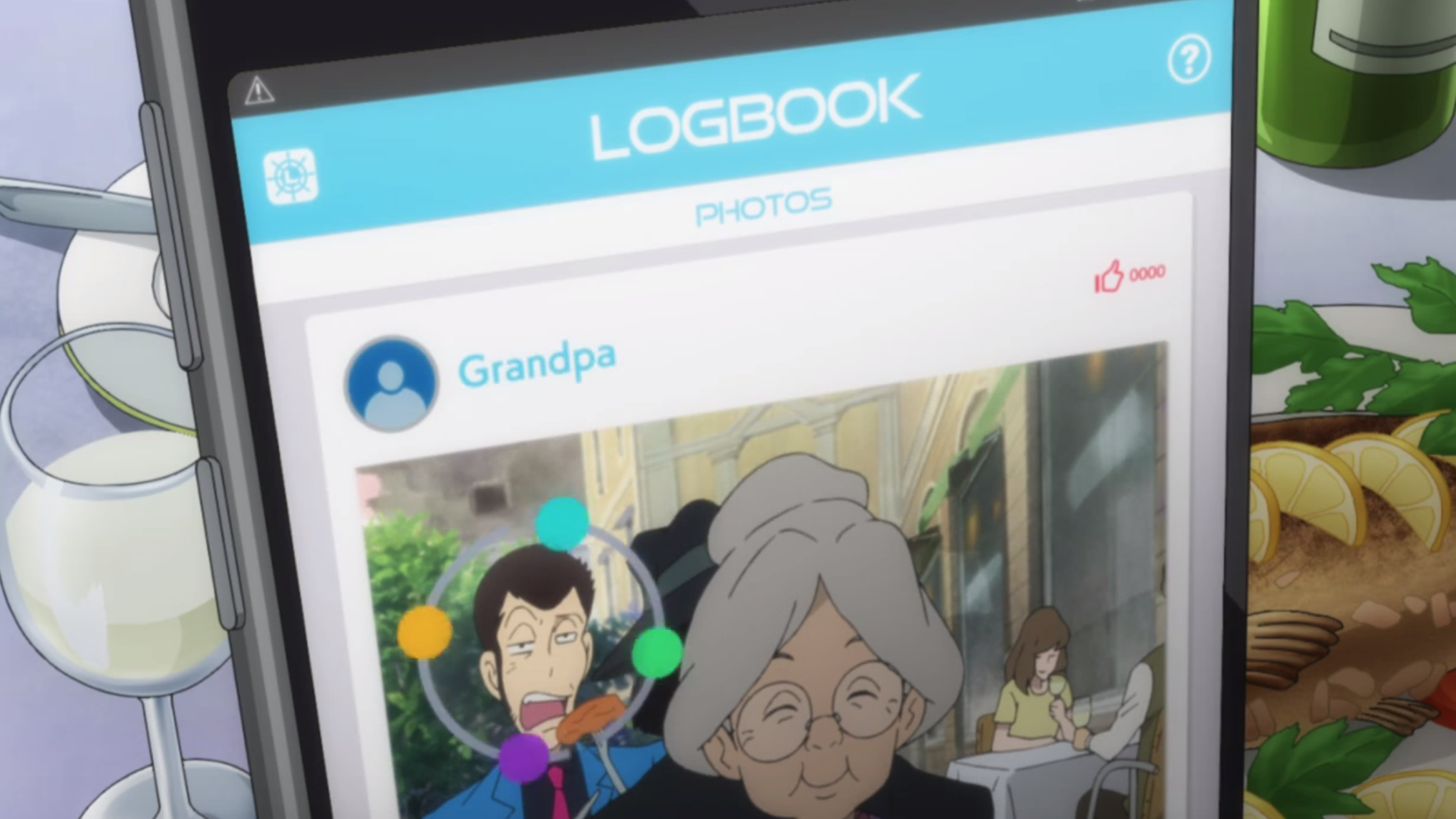 The incorporation of modern technology and how the series uses it to comment on how beyond all of the usual troubles it brings, it’s making thieves like Lupin more irrelevant, is such an interesting angle to his career whilst also not being preachy about it. Because it’s true. With social media basically making it hard to hide personal information and how everything you do can be seen by the world, Lupin’s old tricks are very dated now and he has to get with the times if he wants to continue being the thief he is. Really fascinating spin on the character and I just loved it.

It’s a really good anime on its own just for the characterization and commentary on both the franchise and the world, but it’s even better if you’ve been following Lupin for as long as I have and recognize a lot of the callbacks and how things have changed between then and now. If you had to watch anything from the franchise, then I’d easily choose Part 5 over the other entries. Even if you don’t recognize certain characters that help the gang for like three seconds, I’m hoping that those who watch this show blind will become interested in learning who Rebecca is or why that final hiding place in the penultimate episode was such a smart love letter, just like how Witcher 3 got a lot of people interested in learning about the Witcher universe as a whole. 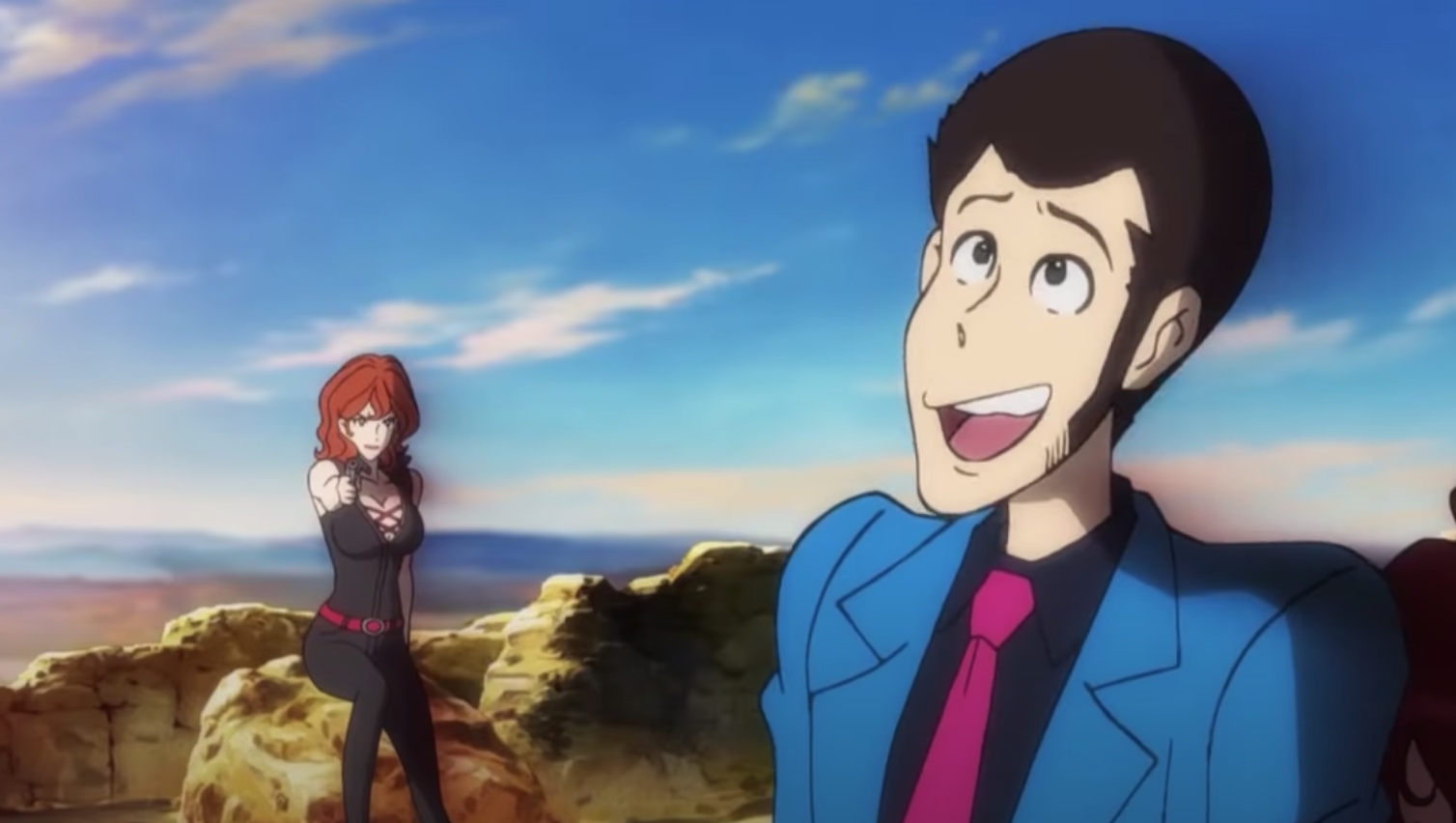 I do think it only starts off decent and takes a bit to get amazing, but it is well worth it in my opinion. This show really deserves to be recognized as one of the great anime modern classics, regardless of the franchise’s legacy.