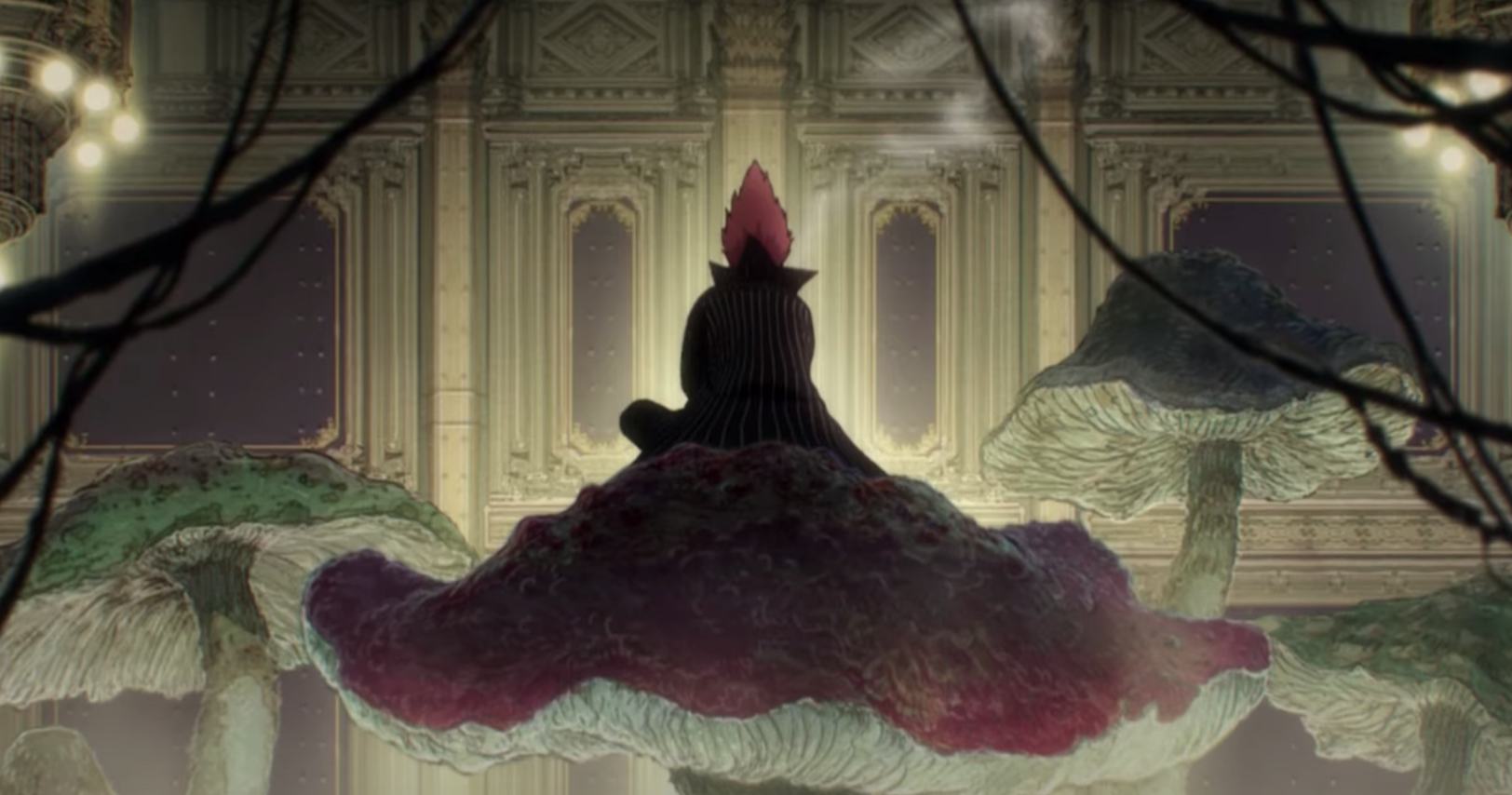 Within a week of it coming out on Netflix, me and some of my friends have binged the entire first season of Dorohedoro and were delightfully surprised at just how good the show was. I’m not sure how they’d compare it to other anime comedies they enjoy like Kaguya-sama and My Life As a Villainess, but it’s definitely one of the most unique things they’ve ever seen whilst also being funny as fuck. Not that the other two shows aren’t unique in their own right, but they still fall on a large number of tired romcom storytelling tropes at the end of the day (especially Villainess as of late). Dorohedoro does that on the surface with its shonen tropes, but it’s almost all done ironically in a similar vein to how Guilty Crown does its storytelling.

So here’s the main joke that Dorohedoro’s humor revolves around: all of the characters act like they’re in a shonen anime, but the setting itself is a dystopian nightmare you’d expect to see in a seinen, and their shonen-like actions end up causing disturbing things to happen. When characters preach about how friendship is power, they’re doing so whilst getting brutally killed like ten times, having their faces ripped off, causing other people’s body parts to explode, and getting their bodies modified to grow big boobs. All of it is taken seriously, albeit in a stern matter-of-fact way rather than an obtuse dire way. And it’s a pretty winning formula in my book, because I laughed quite a bit watching this show.

I want to make it clear right off the bat that you can’t just do storytelling for a younger audience in a setting for an adult audience and expect it to be hilarious in of itself. Atlantis: The Lost Empire tried to do Disney storytelling in a setting that demanded a PG-13 rating and the results were…not great. Dorohedoro is a funny show to watch because at the end of the day, it is seinen. No matter how many shonen tropes the characters believe in and use, it’s not going to change the fact that they do a lot of terrible things that most of the characters in Shonen Jump would never approve of.

A story exists to tie everything together, but it’s mostly just an excuse for dark sitcom antics. You’re basically watching a slice-of-life where the main characters are all brutal gangsters or killers, and although the lead is technically a guy with a lizard head, we don’t actually spend too much time on him and his issues. In fact, a good chunk of the screentime goes to the “villain” of the series, En, a brutal gangster with noble goals of controlling crime and leading his men, yet does terrible things to our main protagonists in order to achieve said goals. Obviously the story is important because if everyone’s goals are achieved, the humor will lose something. That’s why most romcoms end after the couple gets together and why a lot of marriages in the world end in divorce.

What I’m saying is to not pay too much attention to the story, especially since this is once again one of those first seasons that only cover the introductory portion of a much larger product. Dorohedoro is a massive manga series that went on for eighteen years, so obviously twelve episodes wasn’t going to cover the entire thing, and it’s unknown whether or not MAPPA will make more of the series. I personally hope they do, because discounting the upcoming OVA episodes, we’re still left with a lot of questions unanswered about Dorohedoro after the twelfth episode. Like what the fuck is the Sorcerer’s world? How did the Hole become such a shitty place to live? And why exactly is Caiman’s lizard head condition so special anyways? 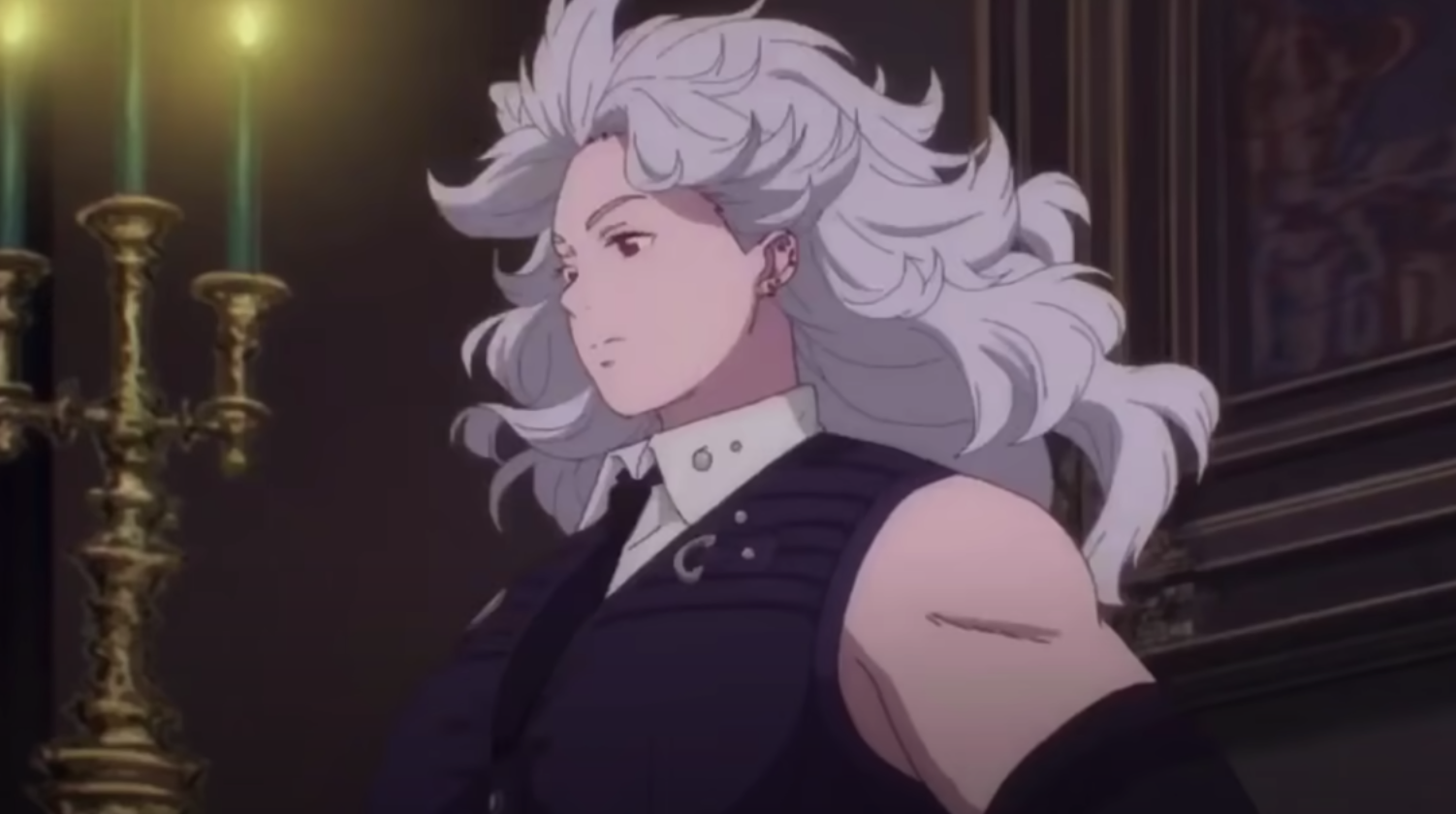 It’s clear the wacky world of Dorohedoro still has a lot to provide us, but as of right now, the show has a lot to provide in terms of character, especially with a cast as lovable as this show’s. Noi in particular is someone I see a lot of people loving because she’s a heavy-looking girl with a hilarious outlook on what constitutes being feminine to the point that fanboys want to get snu-snu-ed by her (seriously, this video where she reveals her face has almost a million views). Also, I watched the show dubbed, and the butch voice (which also exists in the Japanese version for the record) the voice director gave her was hilarious.

I think the character I felt the most for after finishing the season was her partner Shin, because his tragic backstory of having his father killed by a bunch of racist zealots, only to fight back and become the off-beat criminal he is now really adds a tragic layer to his position that underneath the zaniness and illegal activities, these guys are coming from dark places. In short, he pretty much sums up the core appeal of the show, plus his friendship with Noi and other characters he’s friendly with is just sweet. I do enjoy romance like most people, but it’s also nice to see people of the opposite sex just getting along in moments you usually reserve for your bros. Not that I can really imagine normal relationships working in the show anyways, considering even death doesn’t seem to be much more than a mild inconvenience for a lot of these characters. 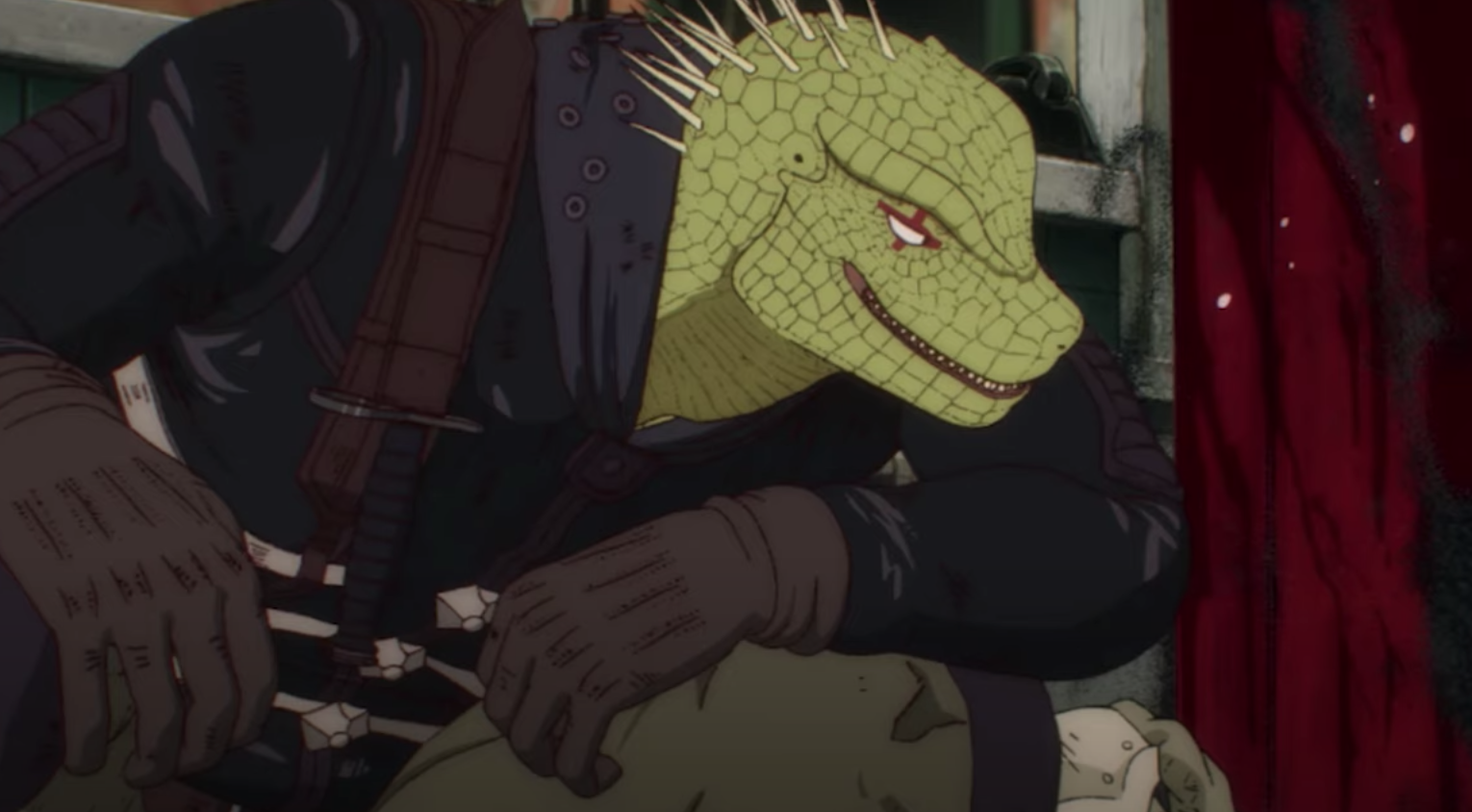 So my final word is that if you want to watch one of the most unique comedies to come from Japan and aren’t turned off by CG animation and brutal violence…I’d recommend a Sion Sono film. But if you’re one of those people who just watch anime and want to see some buff chicks punching people’s heads off one moment only for their teammate to play baseball with the people they’re looking to kill the next, then Dorohedoro has got you covered.