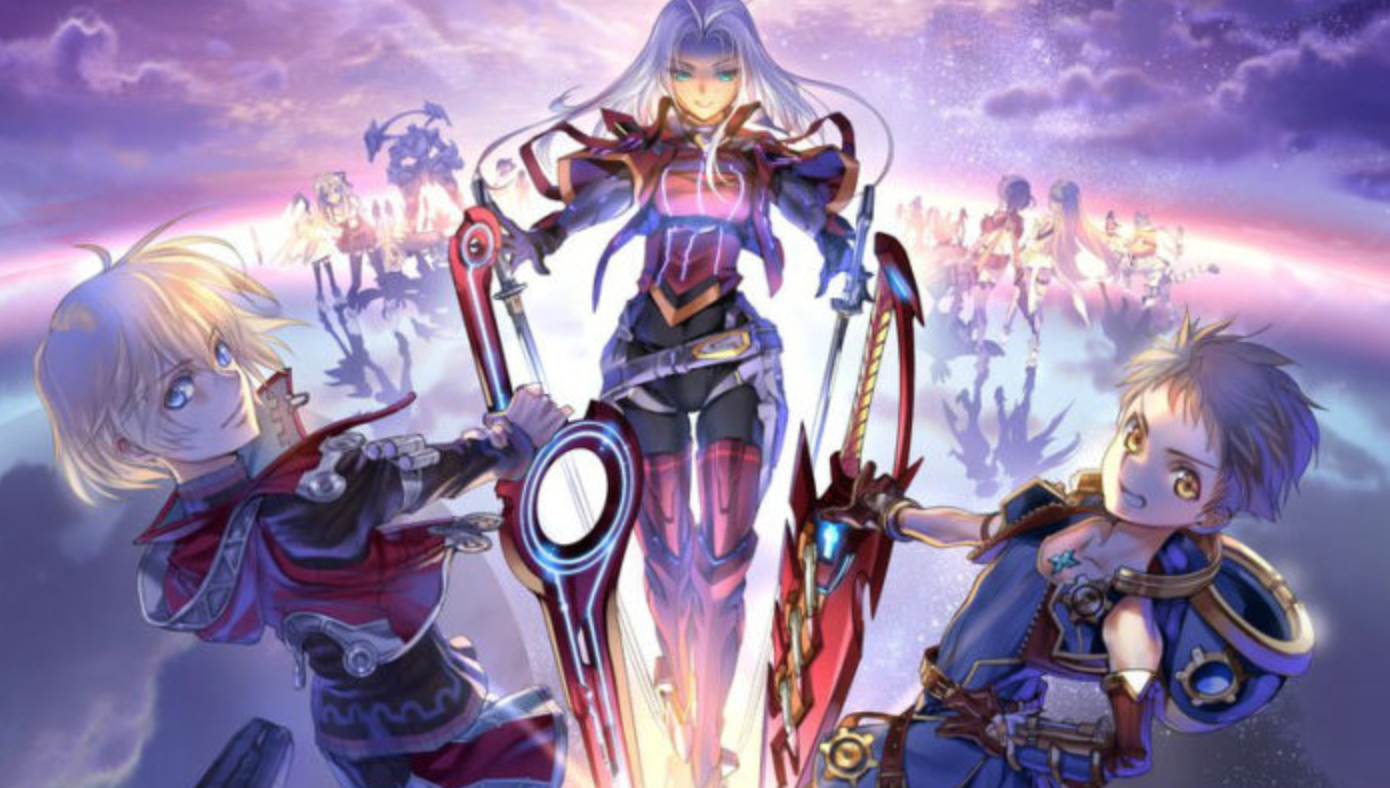 And I still haven’t touched my copy of Xenoblade Chronicles X.

Since my initial writing of Xenoblade Chronicles 2, I have since completed the Torna prequel and compared my overall progress in the game to what I did in the Definitive Edition. It ended up totaling over 220 hours, which is almost eighty hours more than what I sank into Shulk’s adventures (around 145 hours in total). If that doesn’t shed a light on how much of a time sink these games are, I don’t know what does.

And honestly, it was because these games were so hefty that I shied away from playing them for so long, even though I bought the post-XBC1 games on launch and hunted down the Wii version of the first game, which I haven’t even touched. That and I saw some of the gameplay, which didn’t exactly win me over since I’m not exactly an MMO fan. While I got into it after a while, XBC2 had some really questionable game design choices that justified my fears, and the number of mechanics and tutorials that these games had in general were just insane. Not to mention all the grinding you had to do in order to beat those games in general from either fighting enemies or doing fetch quests that required me to use a guide to complete. When people say these games are big, they really mean it in both good and bad ways. 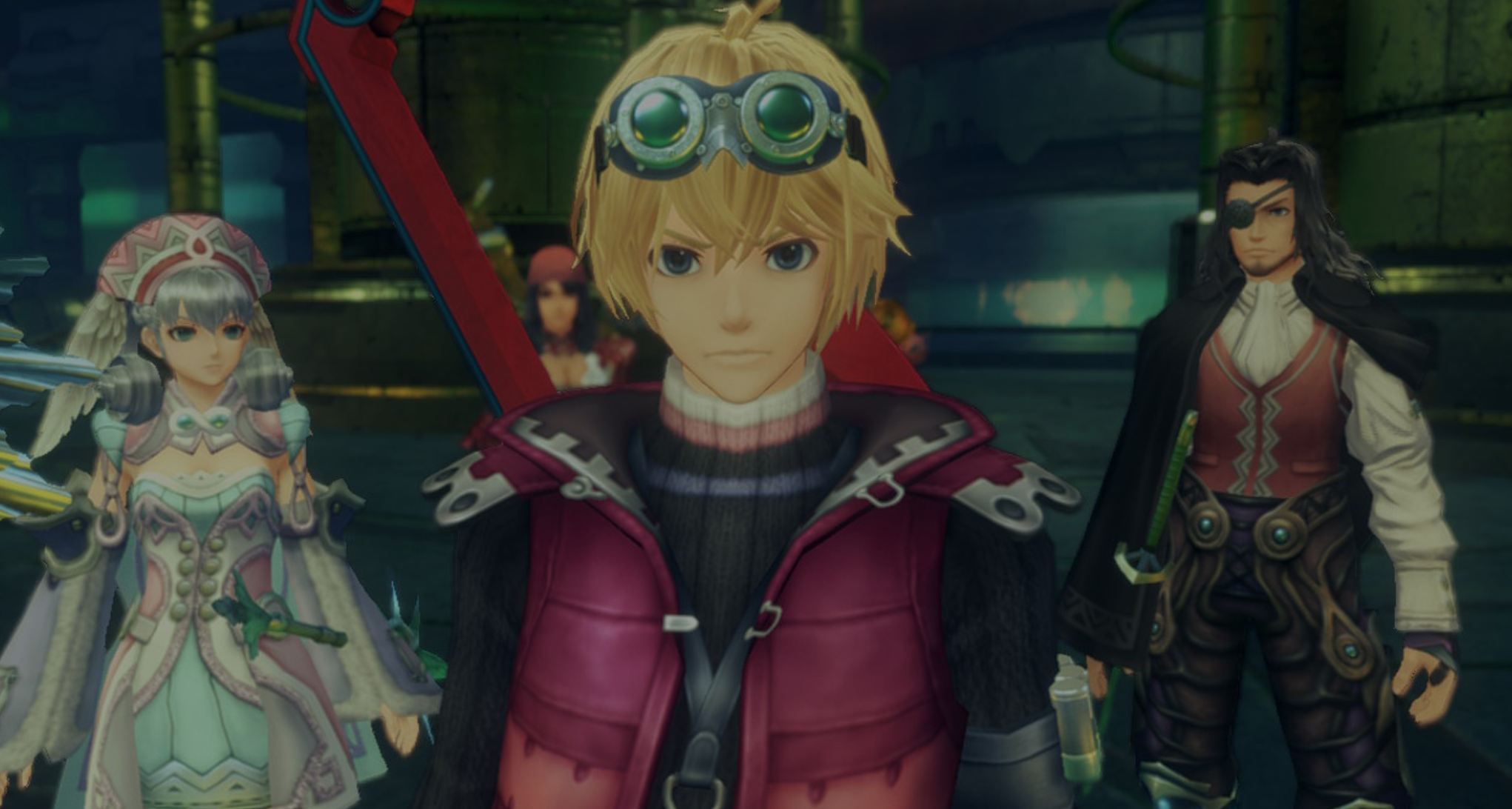 I’m really glad I waited to play these games so that I get access to all of the DLC and updates that definitely made getting through these titles less tedious. Because anything that cut the time to max relationships and get to Level 99 ten times faster so I could finish all of the side content is a win in my book. And I wanted to do the side content because when you actually arrive at an intended destination in these games, Xenoblade Chronicles lives up to its epic anime blockbuster reputation. Loads of big themes and personal character arcs gelled into one narrative. Lots of RPGs strive for this, and this series in general achieves it in a way that makes teenagers fighting gods feel fresh.

Epic stories are hard to do in general because of how massive they are, but we’re not exactly in short supply of well-regarded ones. There’s a lot of TV shows on FX and HBO, as well as classic blockbusters, that you can watch if you want to experience them. Anime-wise, they tend to be either big shonen, big isekai, or big mecha (back when that was a thing), and they’re not exactly hard to find since they’re the only anime that the fandom hypes up these days. Lots of people love them for a reason and I respect the Shonen Jump stuff at the very least. I’m not a huge Hunter x Hunter fan, but I did watch the entire series and it’s definitely very ambitious. 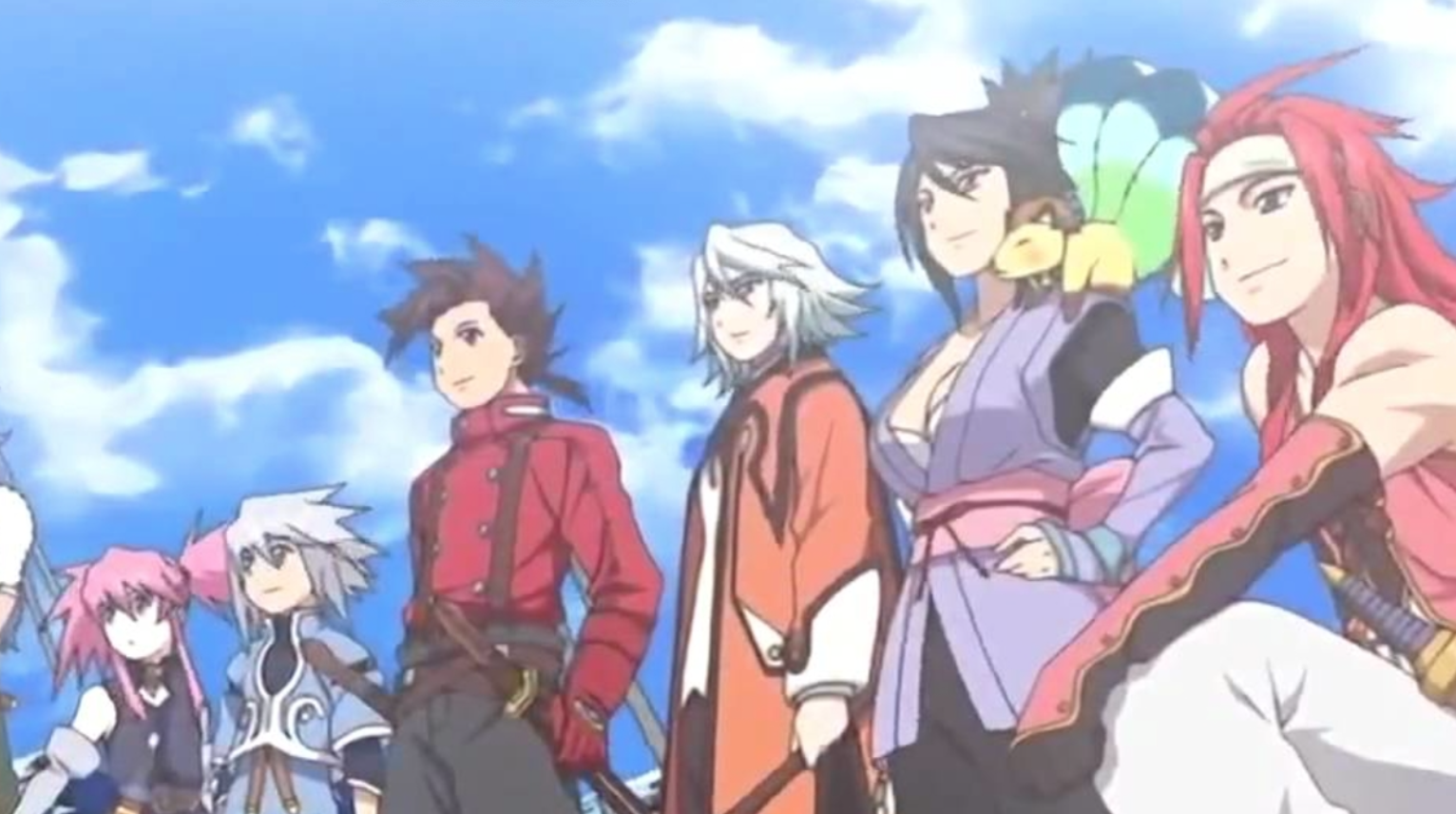 So why exactly is it special for me to play an epic story, you may ask? Specifically the anime ones? Well, I guess you could call it nostalgia for the time when I first discovered Tales of Symphonia for the Nintendo Gamecube. The gameplay has definitely aged, but back then it was an incredibly influential title on the JRPG genre with an epic story, amazing character development (especially with Lloyd), and lots of fun gameplay mechanics that I had never seen before in gaming (I never played Final Fantasy growing up). I was so addicted to the game upon its discovery that I played through it around ten times and started seeking out other Tales games for a time.

While I would eventually move on from the Tales franchise, in recent years, a few people I know who also grew up the game reminded me of why I absolutely loved Symphonia so much to the point that I’d play the same 50+ hour journey again and again. I love traveling with characters that grow over time as they become involved in a big adventure that they heavily underestimated in the beginning. Games like these recent Xeno entries take me back to that time except updated for modern standards, and if Xenoblade Chronicles 2 had come out during a time when I spent my free time trying to be a completionist on a select few games rather than just trying to play as many games as I can, I’d probably do the New Game+ stuff and try to unlock all the rare blades, especially since I won’t have to do all the grinding I did in the first playthrough in another one. Or play through the first Xenoblade Chronicles just to experience its epic story and characters again. 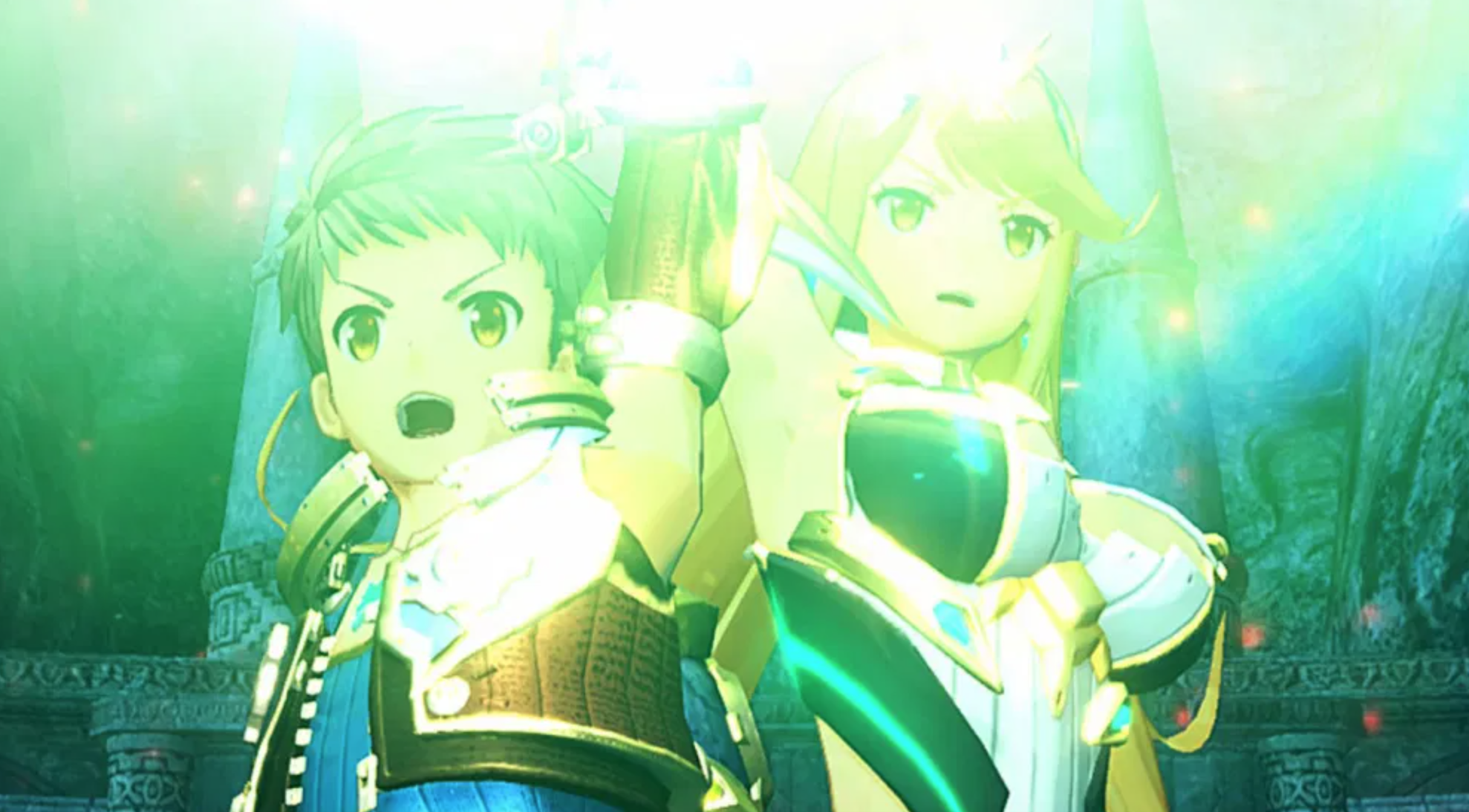 There are a lot of games I like more than Xenoblade Chronicles of course. As I’ve said, it has gameplay issues that hold it back in the same vein that Omori’s gameplay issues dragged a 10/10 story into a 9/10 game. But as far as I can remember, it’s the only game in recent times to satisfy that particular niche of big adventure combined with big character journey aside from the Tales series. No I didn’t forget about Octopath Traveler, but that game really didn’t scratch that itch in my opinion. It’s true I haven’t given the latest Dragon Quest or any of the Bravely Default games much of a chance either, but that’s neither here nor there.

And of course, I’m definitely not getting these kinds of stories from anime series. When Jobless Reincarnation is the closest thing to epic anime adventure in recent times, you’re pretty much saying the medium has much of a chance to satisfy my specific urges as they have at making another Eureka Seven. They can’t even get people to care about that recent E7 movie trilogy to the point that nobody has given it any promotion after the first film. 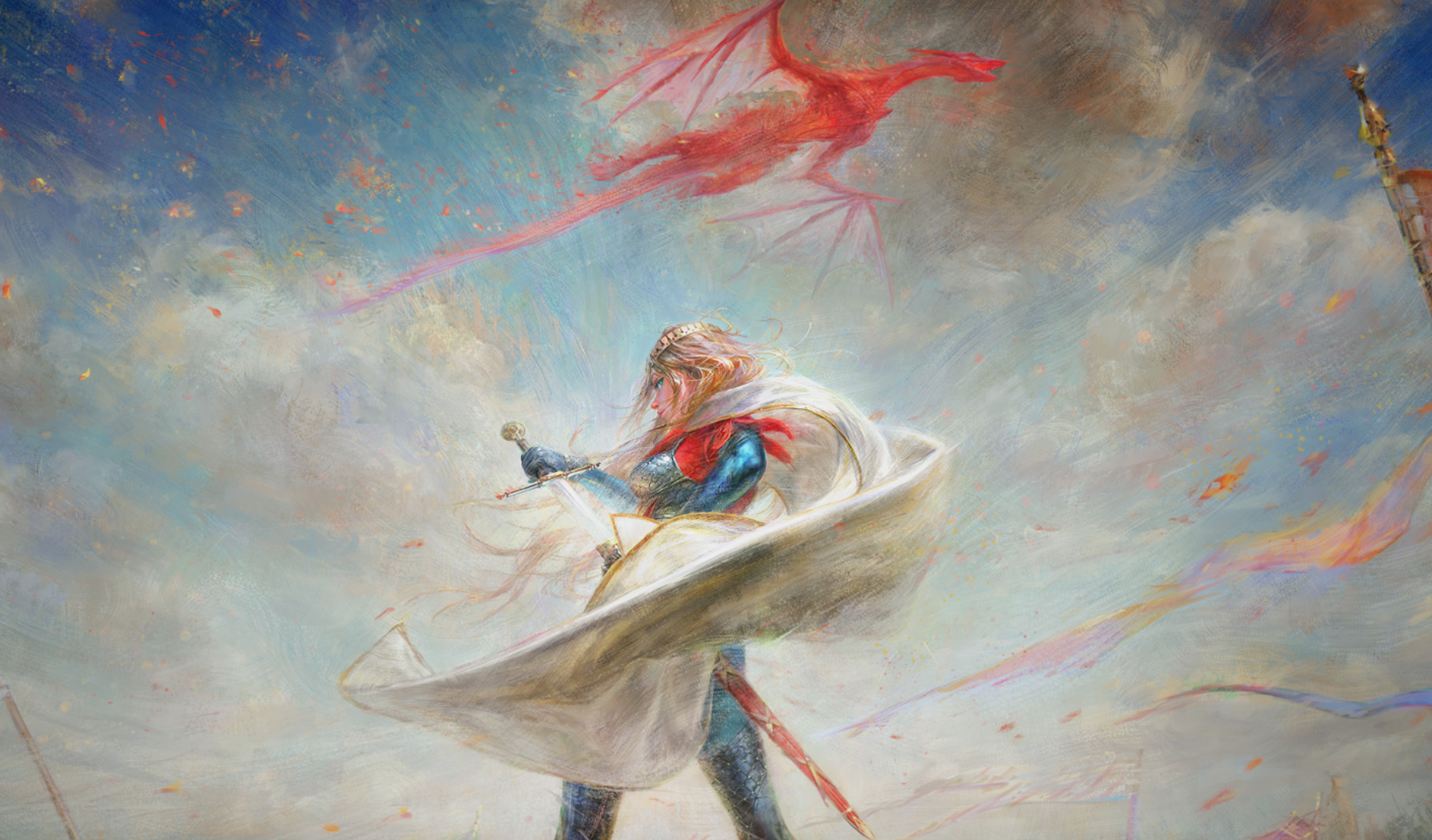 Hopefully whatever Monolith Soft’s next game ends up being (once they’ve got enough staff to actually complete it of course) satisfies me in a similar vein without diminishing returns. Because XBC2 definitely wasn’t as satisfying as XBC1 even though there was a lot about the former that lived up to expectations (and the Torna prequel was definitely a solid addition to the lore), and releasing things to diminishing returns was what ended up causing the Tales series to become the way it is currently. But who knows what the future has in store? Hell, maybe the new Tales of Arise game will bring back the energy that Xenoblade Chronicles did or give me a new energy I didn’t know I wanted as well.

Whatever the case, I’m glad I played these games and will remember them for years to come.