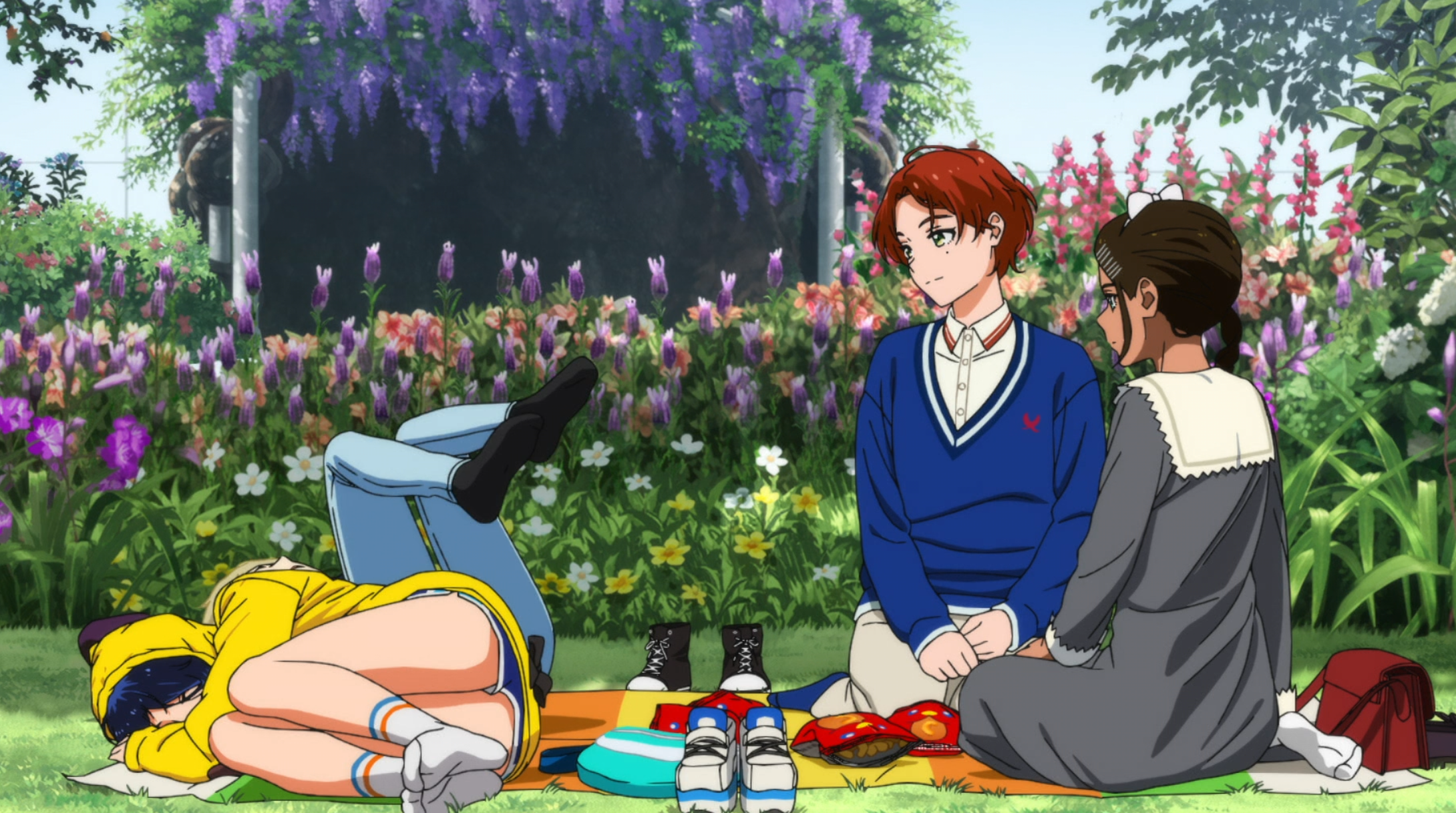 Such a happy scene. Surely nothing is going wrong underneath those smiles.

Wonder Egg Priority reminds me a lot of Omori. There are fundamental differences which I’ll get into later, but when I was watching Cloverworks’ new acclaimed anime, it kept reminding me of the newest hit RPG Maker game a little too much for my liking, which is part of the reason why I’ve been so down on it. While Omori’s gameplay kind of holds it back from being one of my favorite RPGs of all-time (overlong dungeons, mediocre sidequests, most of the items just being used for healing), the actual story is one of my absolute favorites in gaming. I loved its take on suicidal depression and how denying your crimes can ultimately destroy your identity. And I loved how staying too long in the RPG dream world destroys your sense of self in the real world.

So when another story comes along that also wants to deal with suicidal themes in a dream world, I’m going to be a little snippy when it doesn’t satisfy similar expectations. Now to be fair, despite similar subject matter, Wonder Egg Priority’s main approach to suicidal depression is to fight it in the dream world. When you conquer it there, you conquer it in the real world (to an extent. The rules can be a little unclear). In fact, the real world doesn’t get much screentime in this show. Wonder Egg Priority goes for a very  visually metaphorical approach to its story that’s not too unusual if you’ve watched Satoshi Kon anime or Serial Experiments Lain, except that said creative visuals only exist in the dream world, and consequently, most of the show takes place there. 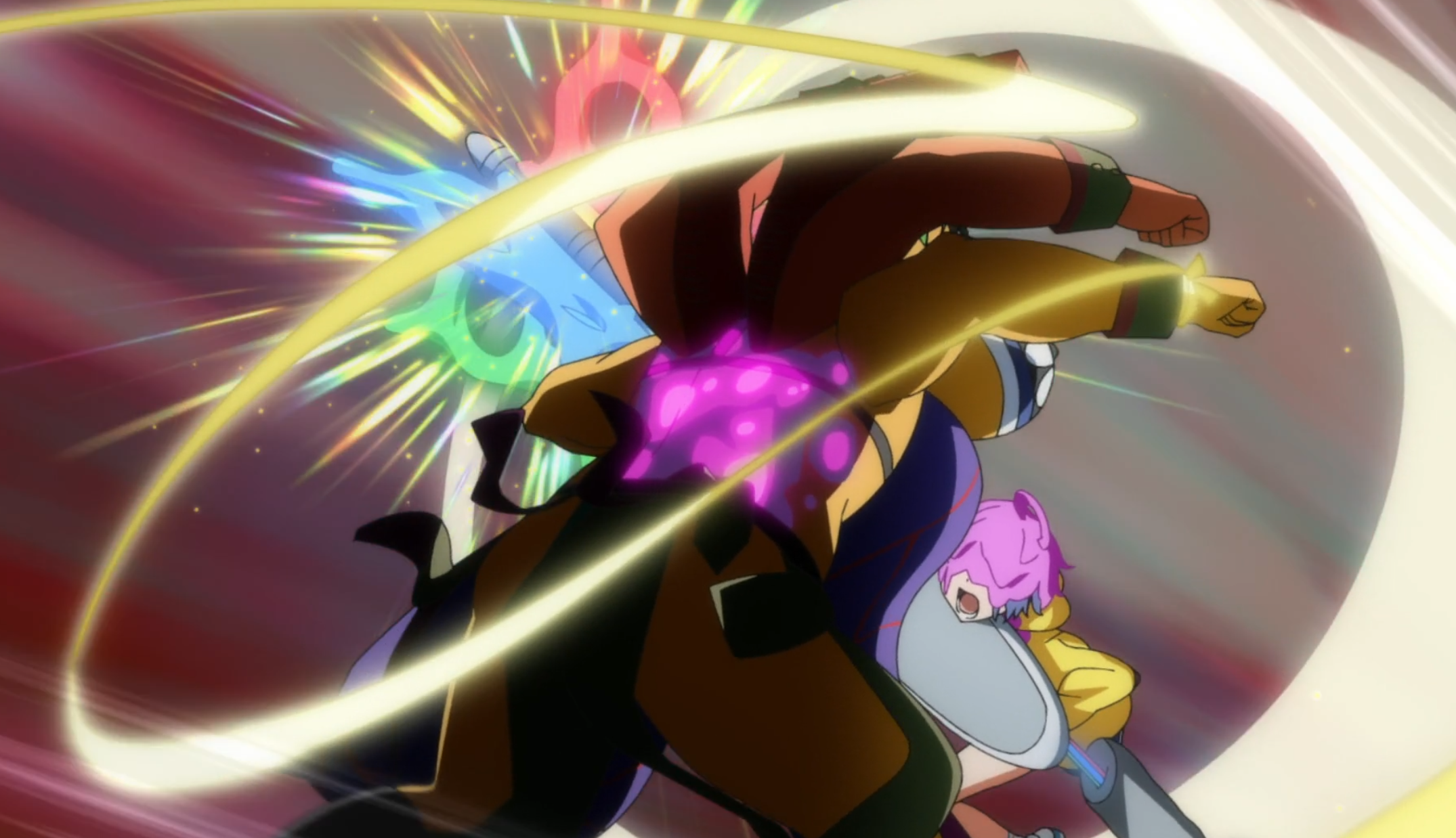 Before I go on, I’m fully aware of the production issues that Wonder Egg Priority has been going through from the employee hospitalizations to the finale being delayed by a few months. It’s unknown if I’ll give the finale any attention since it’s unlikely to change my mind on the show considering it hasn’t really impressed me so far. But I can definitely see why the anime is only popular outside of Japan because Wonder Egg Priority combines its metaphorical storytelling with a very odd episodic format that means by the time the story is made clear, it’s already over and we’re moving to the next plot point. Apparently a good amount of anime fans think there’s enough characterization to overcome that flaw. I personally don’t.

Wonder Egg Priority’s most obvious influence on its storytelling is Madoka Magica. In other words, the girls have very little outstanding personality aside from their personal drama to the point that they’re boring to watch when said drama isn’t going on, and the actual drama itself can get too fantastical to be relatable. But hey, using magical girl powers to deal with personal issues is exciting, right? Of course, Madoka has more of a continuous story with drama that tended to get dragged out a little too long whereas Wonder Egg Priority tends to wrap up whatever issue it introduces by the end of the 22-minute mark while hinting at a bigger picture. 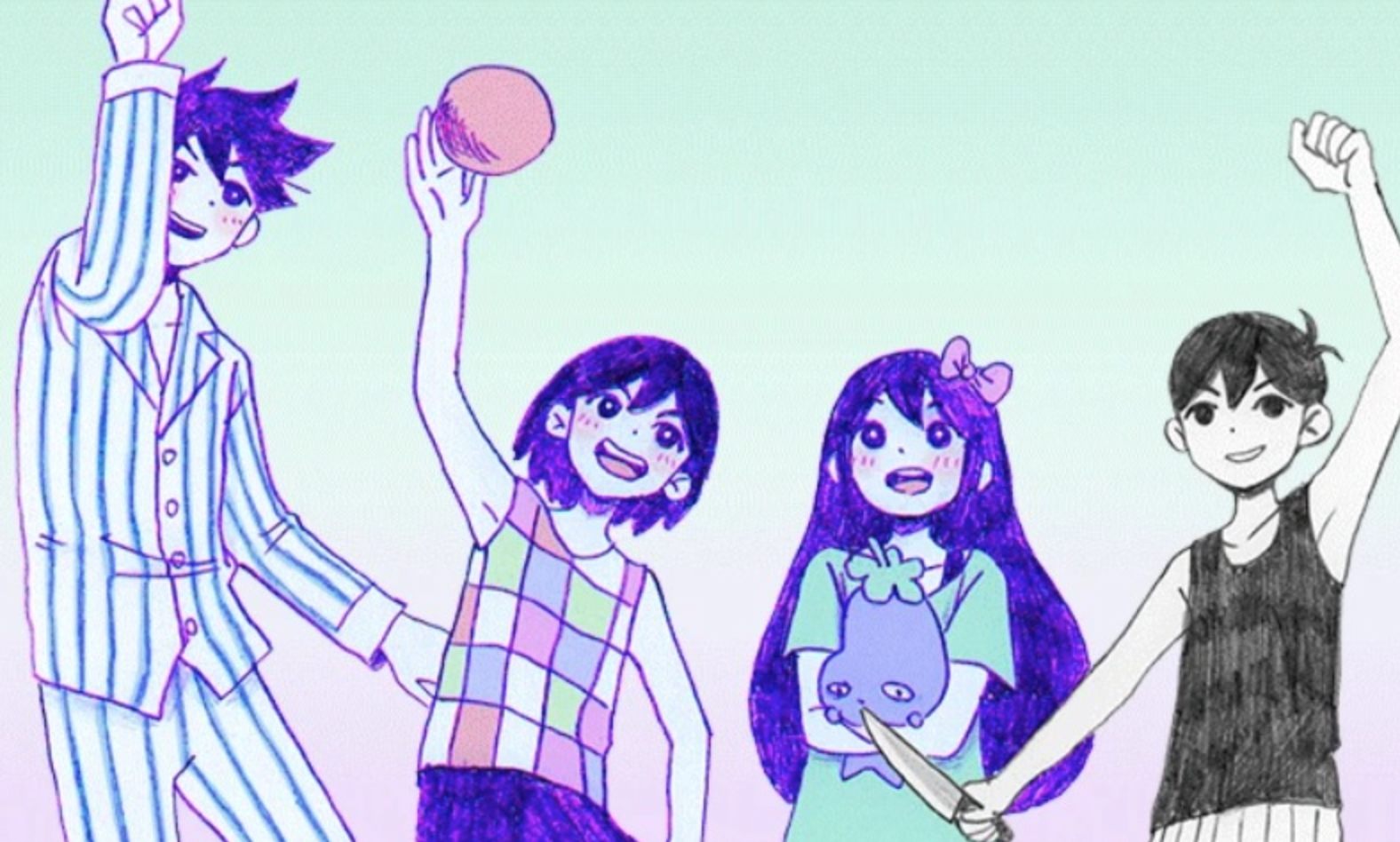 While it’s hard to be engaged by any narrative if you don’t care about the characters, episodic storytelling in particular suffers for this because coming up with a narrative that can stand on its own for a limited time is rough without a strong moral compass heading it right from the start. This is where I can compare the main cast of four in this show to the main cast of four in Omori to illustrate my disappointment without any shame whatsoever. In Omori, the four main characters in the dream world were basically idealized versions of their real life selves when they were kids in order to contrast with how they’ve grown up in the real world. They all had personal drama, but while it defined the directions they took in life, it didn’t define them specifically. And when you see how that the nice girl in the dream world is actually a punk in the real world, it makes for some interesting contrast.

This makes it so that even when the narrative isn’t focused directly on them, which it never is in the dream world, it’s still interesting to watch other characters’ dramas unfold in front of their eyes to an extent. I say to an extent because even Kel’s sassiness isn’t enough to make me overlook the fact that the dream world episodic narratives could be very random and overlong. Going to a game show, only to get kidnapped by a jelly-filled donut turned into an anime girl, escaping her dungeon, and beating the shit out of her can be fun, but it has almost nothing to with the main plot thrust of trying to find your lost best friend. The justification is that it’s supposed to be a distraction because that’s what dreams are, but if the distraction requires you to stay off the narrative for hours, does it really matter? 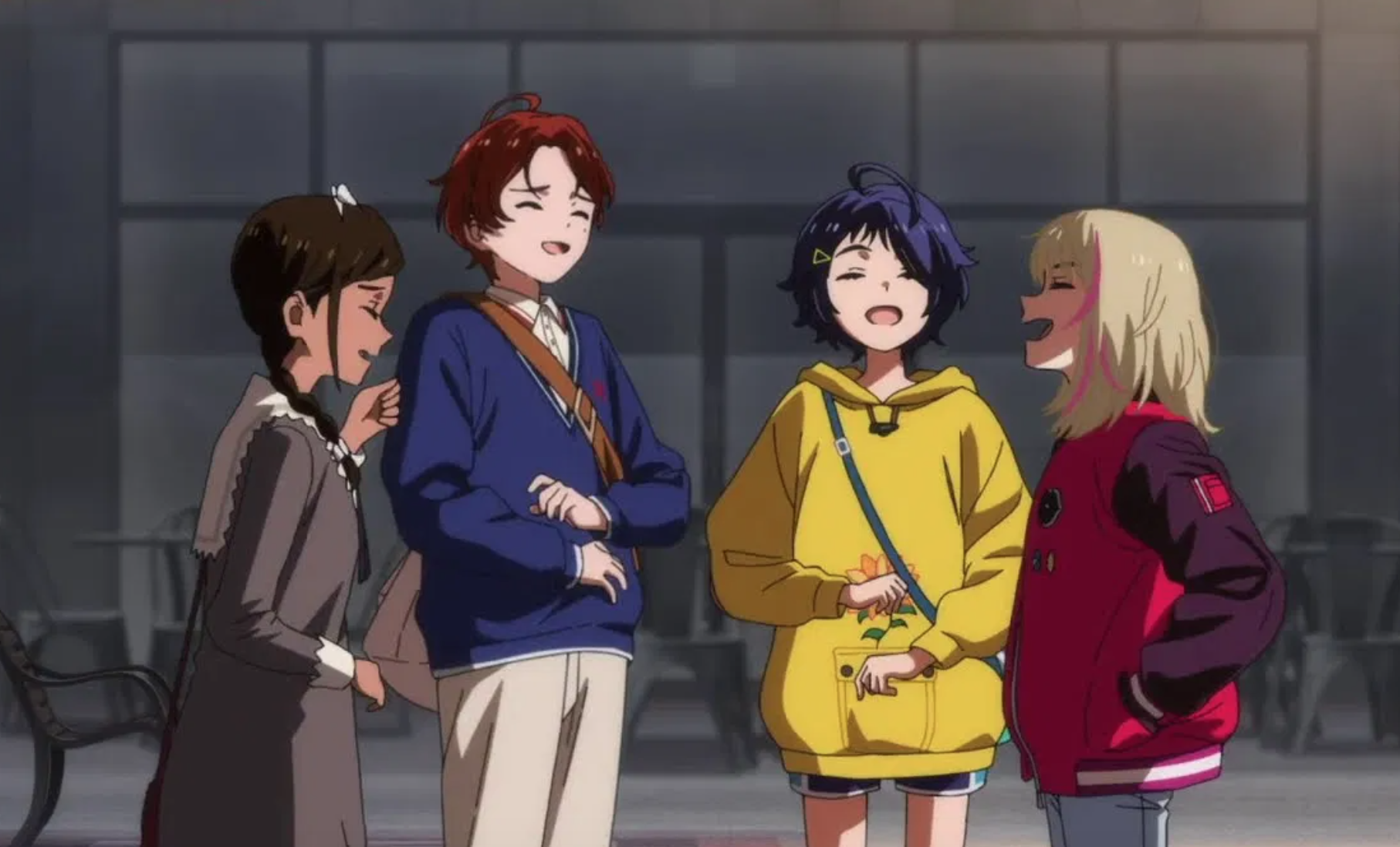 In Wonder Egg Priority, what you see of Ai and her friends is pretty much what you get. They’re high school girls who go through issues, but they also take the time to hang out and have cake as friends in contrast to what they do in the dream world. Ai is shy. Neiru is quiet. Rika is energetic. And Momo is confused for a guy. They get a bit brave when they wield magical weapons, but that’s literally all they have for personalities.

But maybe their personal stories will make them interesting, right? Well did you not pay attention to what I said previously regarding the episodic approach that Wonder Egg Priority goes for? We learn in the first episode that Ai has a friend who committed suicide because she didn’t help her at a crucial moment. We also see her conquering that guilt in the exact same episode and said backstory is barely brought up again afterwards, which means you can’t rely on that sob story to make Ai interesting for the rest of the show. Ai does not get a new story until a few episodes later regarding this teacher who may or may not be evil in the real world. But it’s focused more on Ai’s family instead of Ai herself, so that doesn’t make her interesting either. 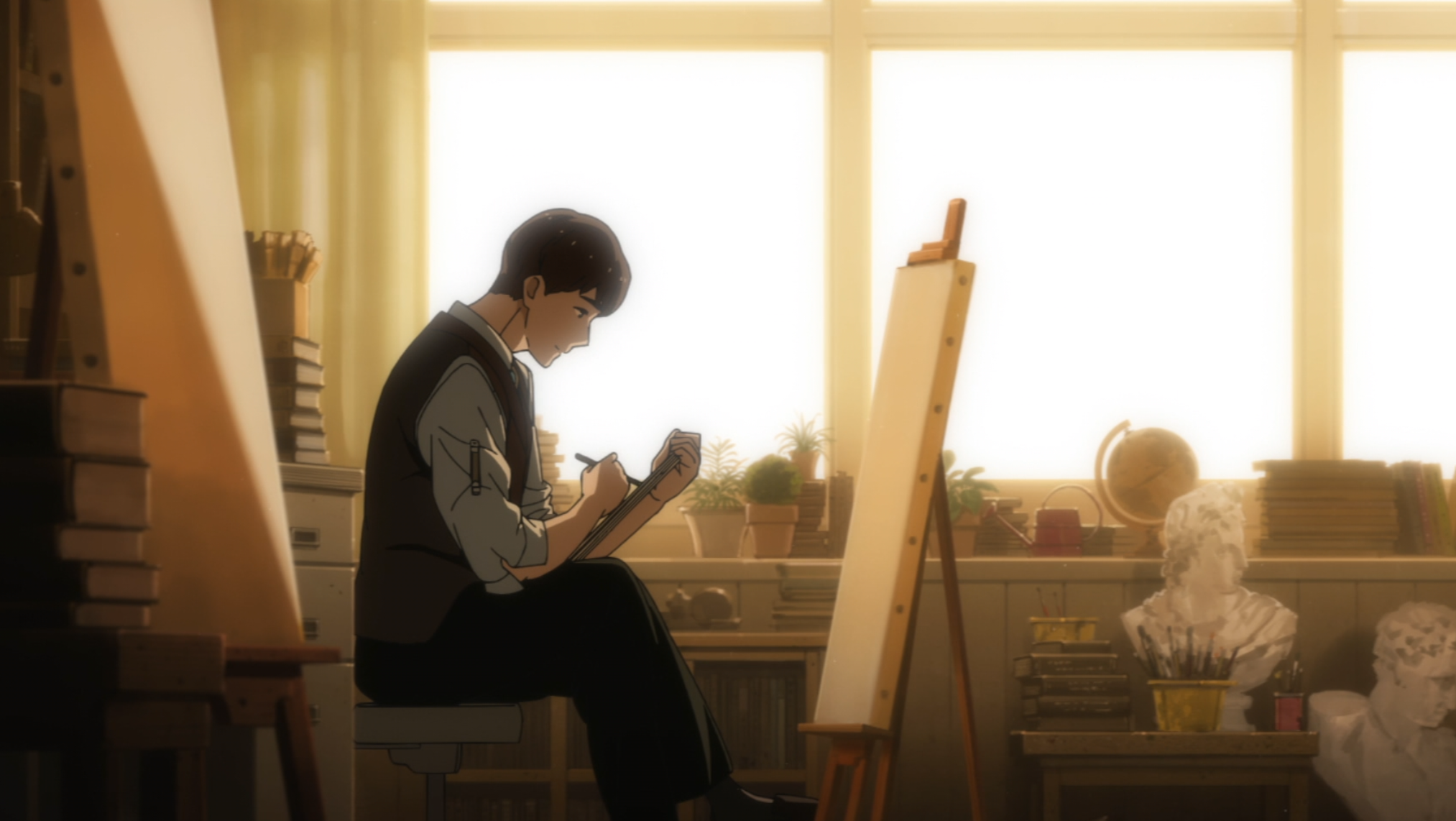 Pretty much all of the episodic stories are like that. They’re not overlong and involve the main characters a bit more than Omori’s adventures, but it comes at the cost of the characters involved only being defined by one personality trait and a dramatic story that only weakly highlights social issues that anyone familiar with Japan would know about. And this is where Wonder Egg Priority truly suffers compared to Omori even if you account for the fundamental differences between the two: the latter goes deep into detail regarding characters suffering from suicidal depression while Wonder Egg Priority goes “oh yeah this exists”.

In Omori, there are countless visual details regarding suicidal depression that highlight just how complicated it is. There’s a part late in the game where you learn new moves to fight your inner demons, but they don’t work right away because it’s not actually possible to just get over trauma by calming down and taking a deep breath. There’s the main character trying to apply dream world logic to the real world with how he fights with a knife. In RPGs, knifes do only a fraction of damage to most enemies. But in the real world, you would keel down if you got slashed with a knife once, and the fact that the main character even attacked someone in reality like that is a highlight of how he’s slowly losing his sanity. There’s how the main character’s sister won’t ever leave the picnic blanket because he doesn’t want her to ever be hurt again. It all goes a long way to show you that it takes so much time and effort to really overcome these demons, as well as why that’s the case. 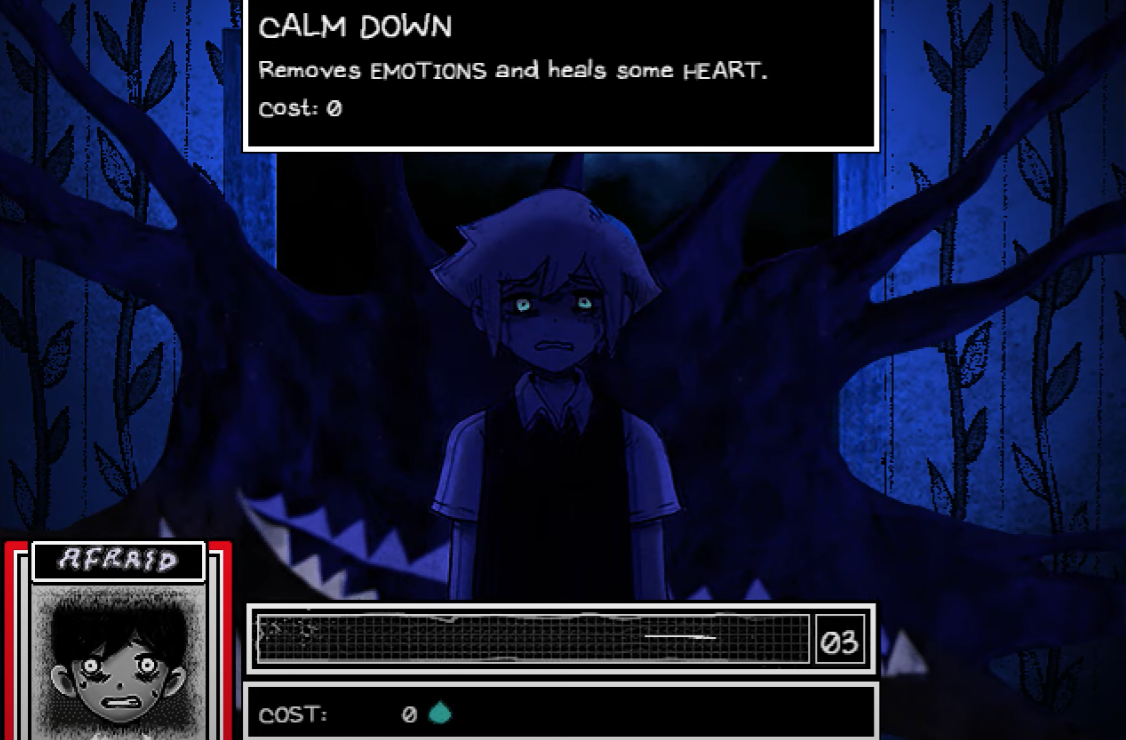 Wonder Egg Priority doesn’t have those visual details. Most of the visuals are just monsters to be conquered with a magical weapon or a way to frame the characters silently crying when dealing with their own issues. It can lead to some cool action sequences, but it doesn’t tell me anything about suicidal depression besides “yeah it exists and we’re going to hint at how it came to be before we destroy it”. It also has an overarching villain, which I don’t understand at all. Why does a story about conquering your inner demons in a dream world need a bad guy? To give more flavor to the dream world’s existence?

That’s another thing about Wonder Egg Priority by the way: the world-building of the dream world is kind of weird. In Omori, it was basically “this is a dream world that’s influenced by real life” and that was all the world-building you needed. But Wonder Egg tries to make the dream dimension its own artificially created world akin to “The Wired” in Serial Experiments Lain or all those colorful locations in Flip Flappers, which makes no sense to me.

Why do we need that level of detail in this kind of story? Why did I have to spend an entire episode establishing that robot girl who has practically nothing to do with the four main girls all in order to establish the two guides of the dream world who I didn’t need to know more about? What does that robot girl in the eleventh episode have to do with suicidal depression and dreams in general? I get that being artificial meant she takes lack of human emotions to a disturbing degree, but again what does that have to do with the prior subject matter that you couldn’t have accomplished in a simpler way? 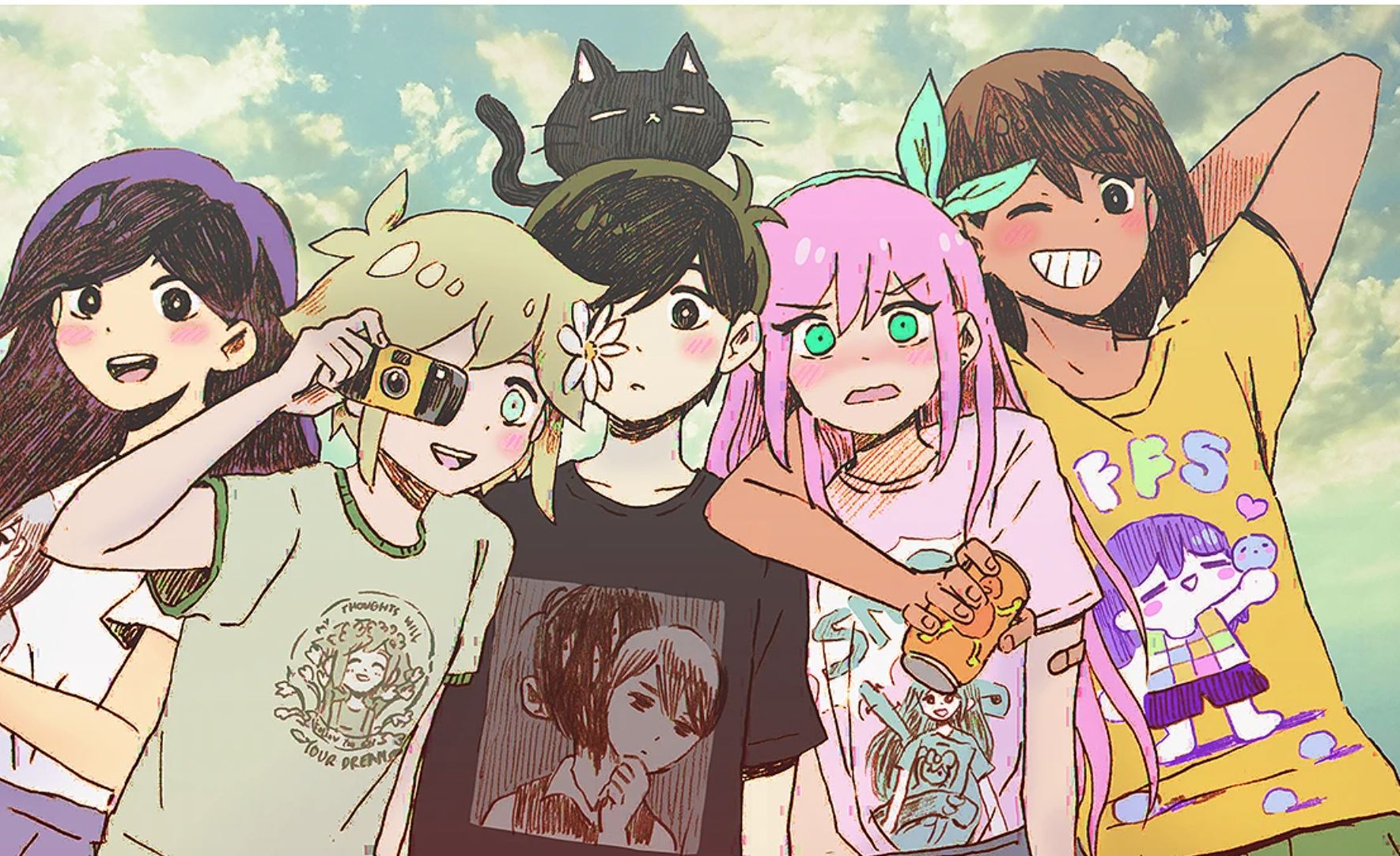 Do you see why I can’t stop comparing Wonder Egg Priority to Omori and why the former keeps suffering by comparison? Even if Omori is a video game that’s not exactly Undertale levels of popularity while Wonder Egg Priority is a semi-popular (outside of Japan) anime series, there’s one thing in common I expect from the two when it comes to their stories: lots of detail regarding its subject matter. And when one product has that detail while the other seems to be sacrificing that detail for more obvious entertainment, the differences between mediums can’t be used as a defense.

Despite its good intentions, unique visual style (which I notice dipped in quality at times, especially in the twelfth episode, but it’s Cloverworks after all), and terrible behind-the-scenes drama, Wonder Egg Priority feels like it should have had a lot more. More character. More focus. More consistent scheduling. More blu-ray sales. 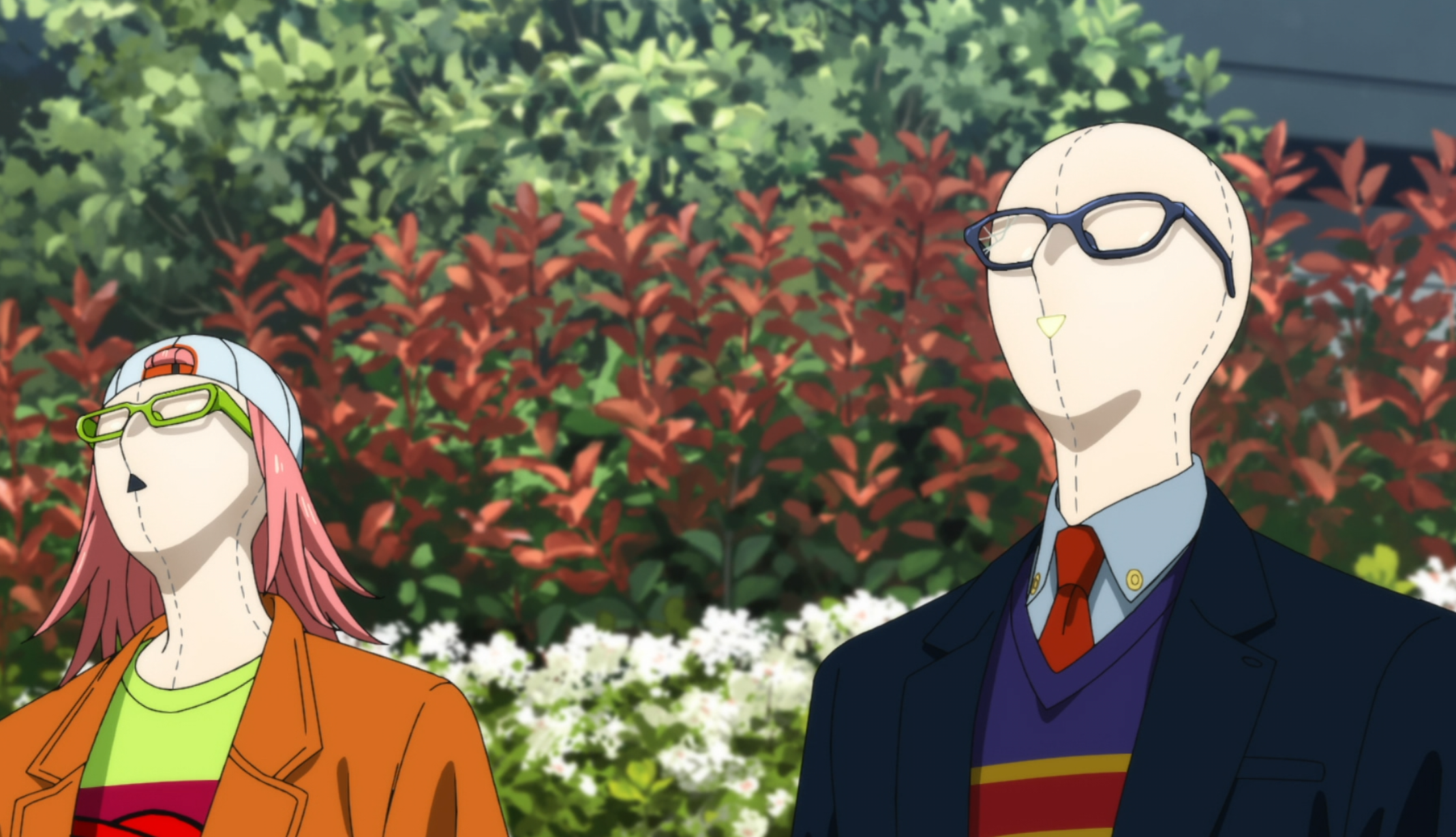 But hey, maybe the foreign market will save it like they did Durarara and The Big O.