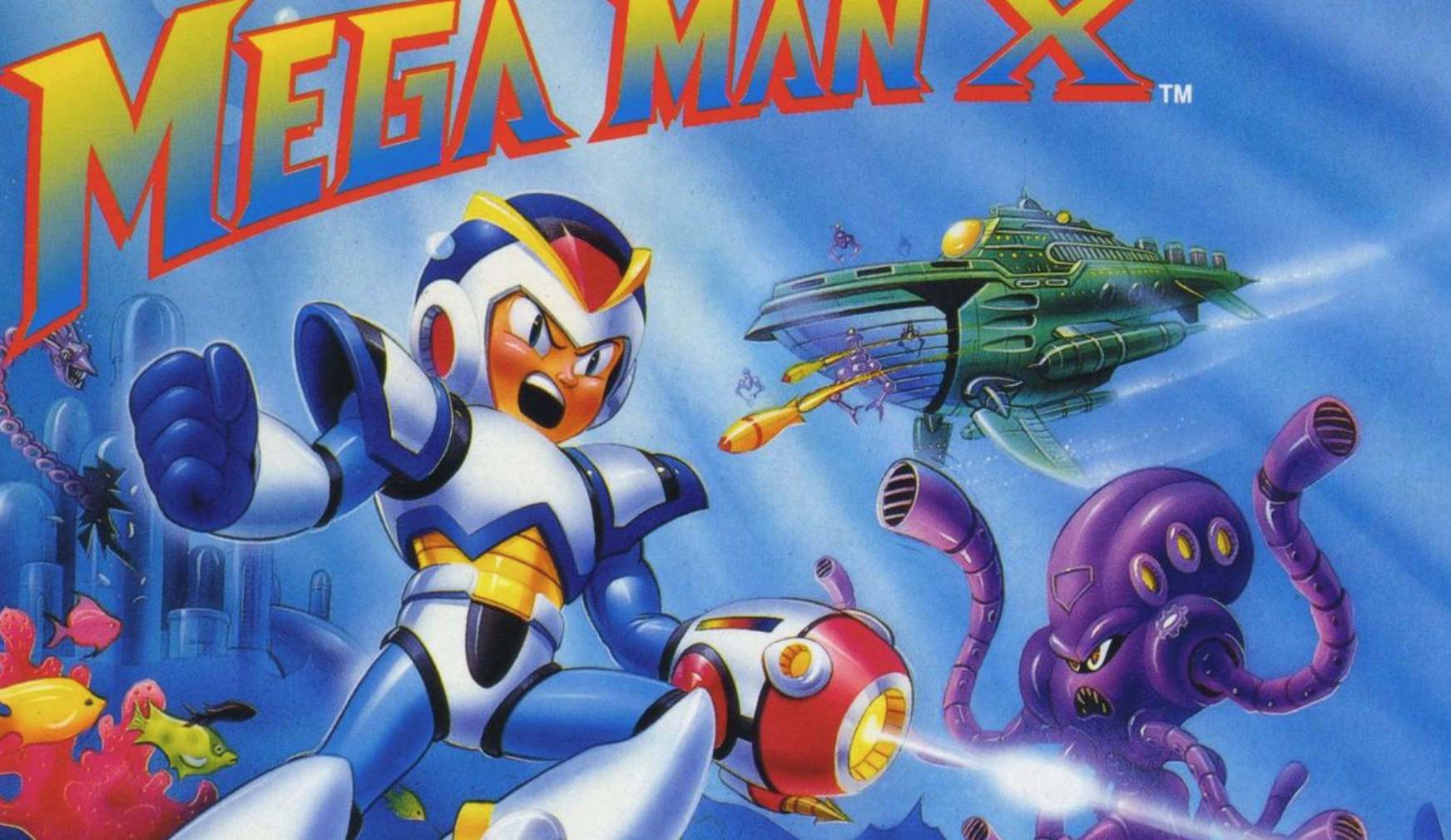 I haven’t been watching anime or much TV as of late because I’m still a bit burnt out due to keeping up with the Winter anime season and trying to finish the final season of the new Ducktales that’s now on Disney Plus. Instead, I’ve been spending my free time getting my anime fix by playing anime games. I recently beat the first Bravely Default, which burnt me out on long games for the foreseeable future. And over the past week, I’ve burnt myself out on Mega Man games after playing five of them in a row.

Now I’m sure I don’t need to introduce anyone to Mega Man given how much of a cultural icon he is outside of gaming, let alone inside of it. But if you’ve never played those games, it’s important to know two things. One is that they’re ball-bustingly hard games to the point that the constant dying can come off like artificial padding. Two is that anyone who absolutely loves those games tended to grow up with them and thus know all the secrets to make said games fun. At least in regards to the popular iterations of the blue bomber that borrow from his original debut. Battle Network and Legends and such have different gameplay and no instant death spikes unless you want to count that Network Transmission game, which nobody sane actually does. 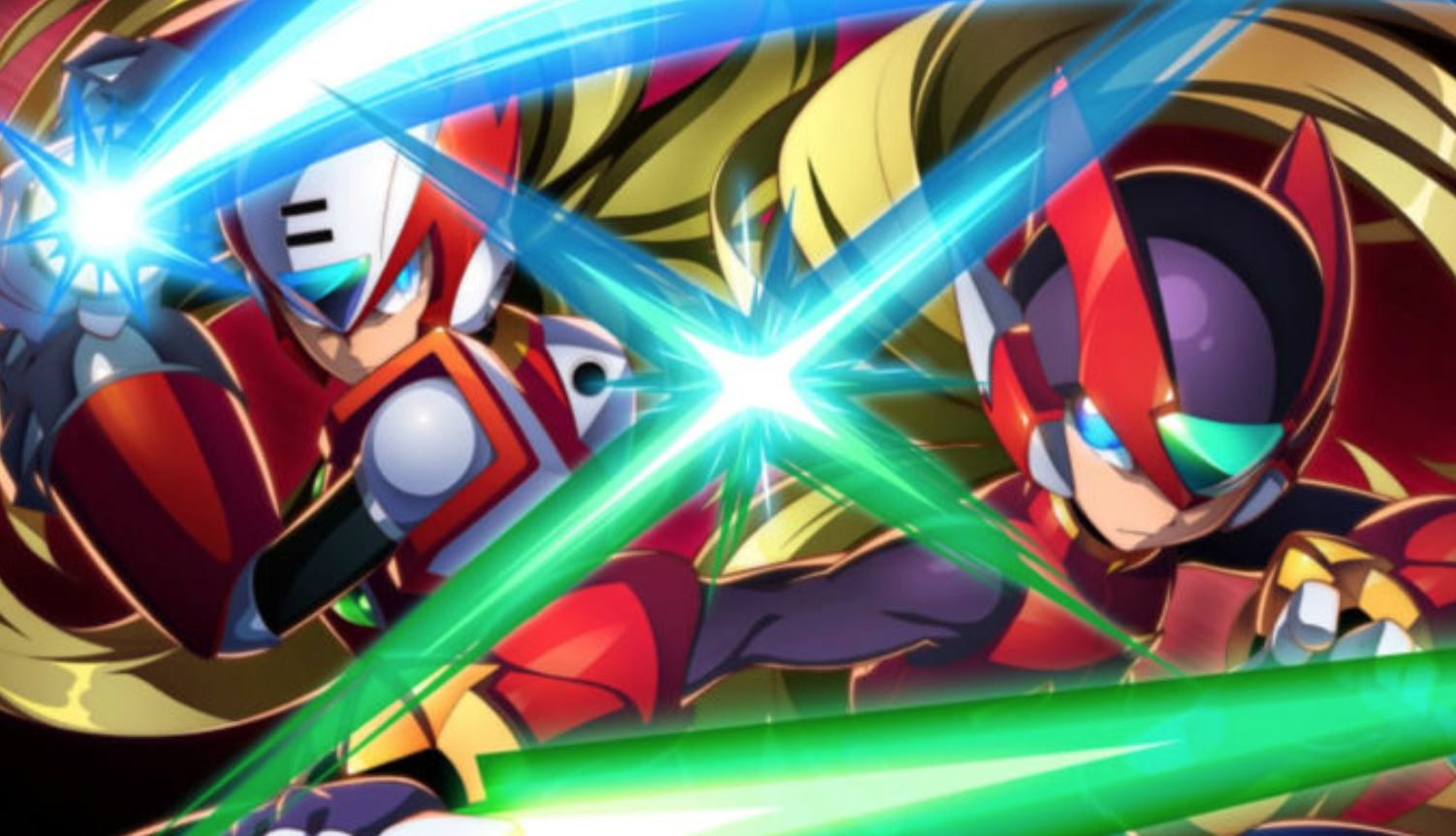 In particular, I’ve been playing the Zero games, which is a great series of games that admittedly I’d have a much worse opinion of if I didn’t play the version that added checkpoints to the series. Because the Zero series in particular is known for a few things. Having an epic story continuously told throughout the four games. Having a high barrier to entry and becoming piss-easy once you obtain all of the upgrades while giving a big fuck you to the scoring system. And being limited by Game Boy Advance technology, meaning that the screen is so zoomed in that you can’t see where you’re going a good chunk of the time, and the bosses that take up the entire screen are complete jokes because they can’t move or aim worth shit because there’s not enough space in the original cartridge to make them more mobile. Oh, and let’s not forget the obnoxious grinding and how badly explained the Cyber-Elf mechanic is in the first entry to the point that I was playing the majority of the game with no upgrades. Yeah, there’s no shame in using a guide for that series to get the most out of it.

Mega Man Zero is the sequel series to Mega Man X, with the first entry in particular still achieving multiple fan-made awards to this very day. One of the best SNES games. One of the best action-platformers. The best Mega Man X game in general. I never played it because I only got introduced to the series during its PS1 days with Mega Man X4 and X6, both of which I cheesed with the Ultimate Armor, although I did play a good chunk of X4 legitimately with both X and Zero. And after being really impressed with the Zero series, I figured I’d give the original X game a try in order to see why it was also so beloved, as well as seeing where this particular Mega Man timeline actually started.

The results? Well I definitely see why people consider this the best Mega Man X game, but fuck me does nostalgia play a huge part into why it’s so adored. 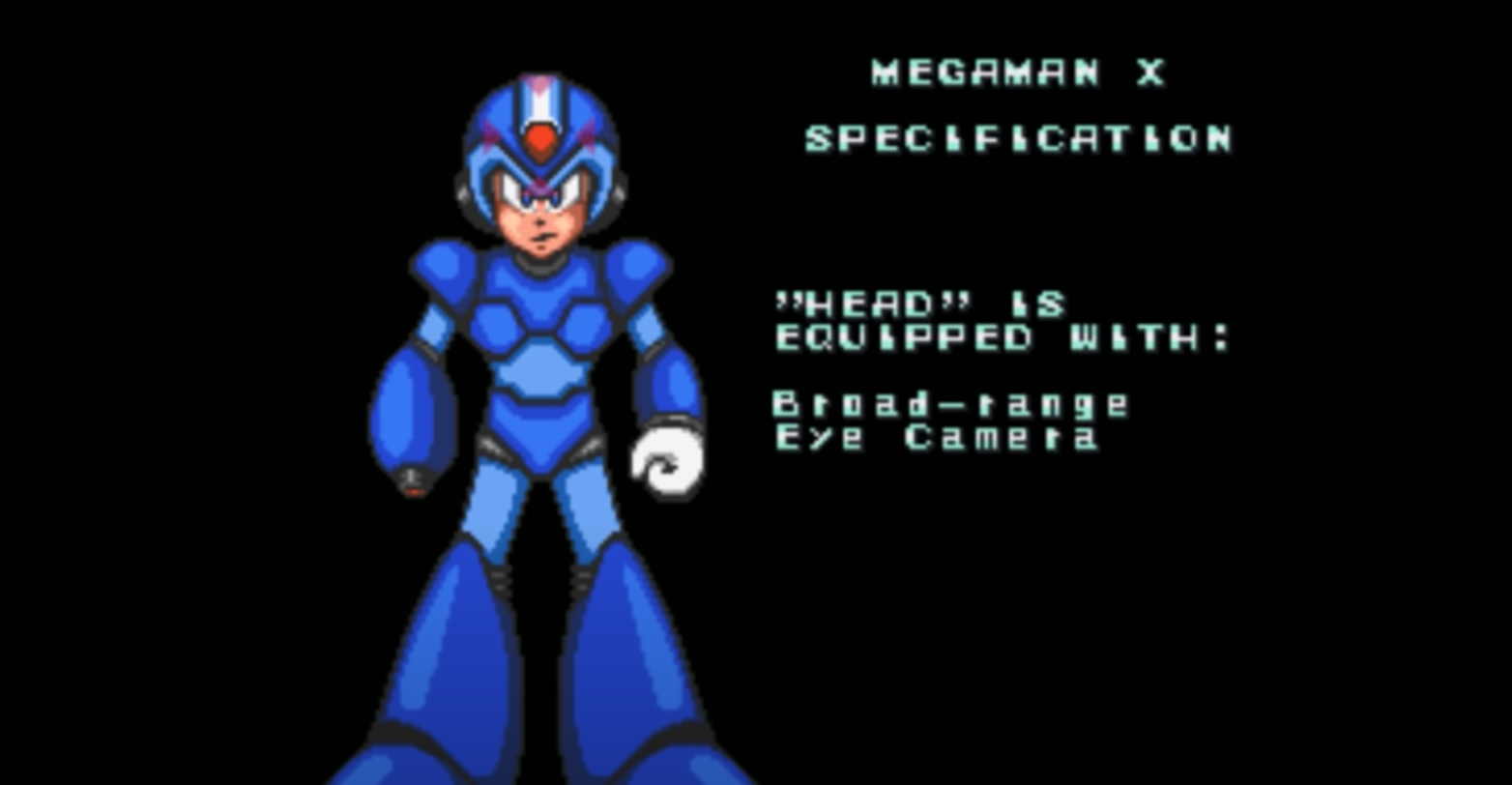 Now I’m going to admit straight up that a good chunk of my frustration with the game was my fault. I wasn’t using a lot of the boss weapons when I should have, and I’ve been told that I actually can remap the buttons so that dashing isn’t “A” like it usually is, which is very awkward on a Switch pro controller when you’re trying to jump and shoot at the same time. Granted, the game does a poor job at telling me this is possible, but whatever.

There’s also the fact that being a faithful port of an SNES game, Mega Man X does have some limitations. Like its dated password system that makes it impossible to save the game beyond defeating the eight initial bosses. I wish Capcom had implemented a proper save system into the game, but I guess the mode to halve damage and not die instantly to pits and spikes compensates for that somewhat. Also, you can learn the secret Hadouken move from the password system if you input a certain code before loading it. There’s also the lack of checkpoints and how if you lose all of your lives, you had to start a level all over again. Couldn’t have implemented the save-assist feature from the Zero collection into this series, could you Capcom? 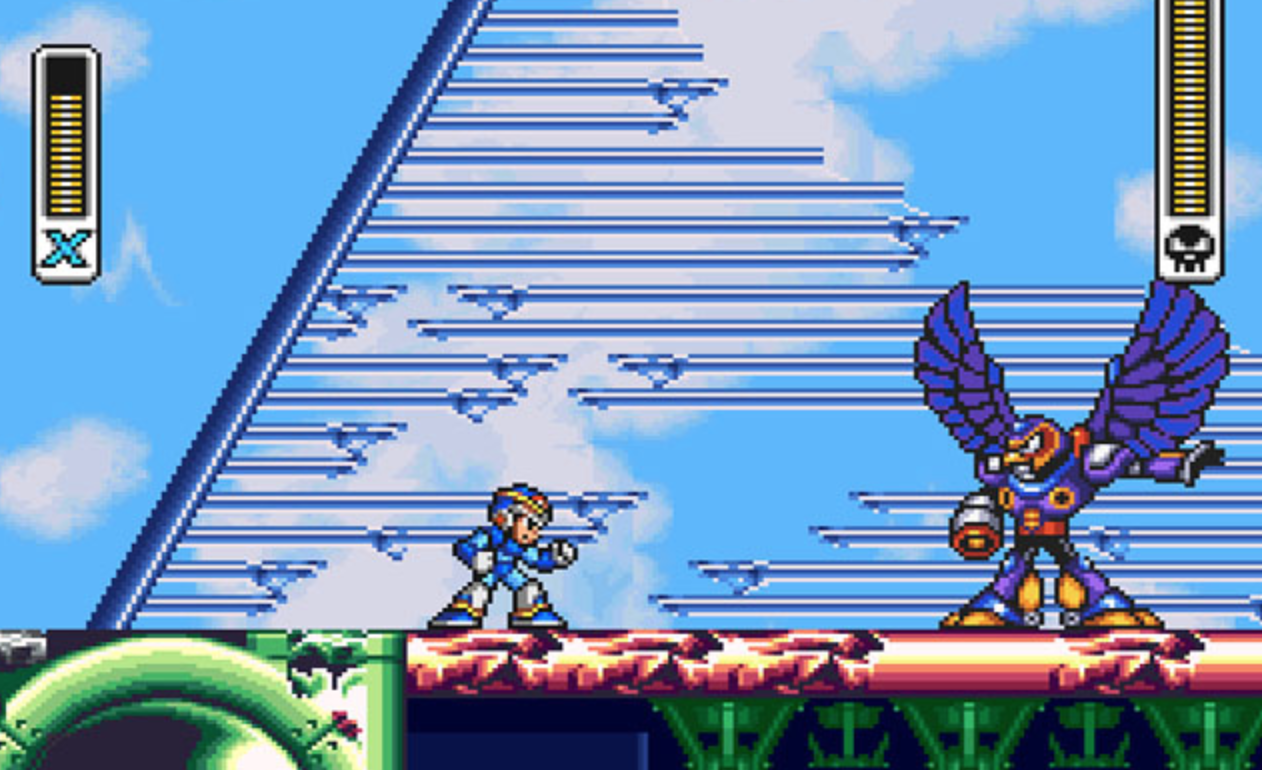 But then there are things about the game that are just frustrating to those who didn’t play it when they were five years old. Like how without a guide, there’s no way to indicate which bosses are easier than the others or how the Dash move, which is vital to play the game properly, is in Chill Penguin’s stage. The former I somewhat get because Mega Man has always had this problem with its “choose whichever boss you want to fight in any order” gameplay in that certain bosses are nigh impossible to defeat without upgrades. But the latter seems like a baffling design decision for a game built on being fast-paced. Why not put that upgrade in the introductory stage, which everyone and their mother has praised as one of the best introductory stages in gaming?

And then there’s the classic enemies respawning as soon as you move one frame away from their original spawn point after defeating them to the point that they bump you off into an instant death trap. Sure you could take advantage of these spawns to farm for health and weapon power, or even extra lives if you know where to look, but most of the time it’s these constantly spawning enemies that drain said health and such in the first place. Plus, it’s hard to enjoy those benefits when you’re shooting them over the instant-death trap so the extra health falls in the bottomless void. Basically, most of the enemy respawn points are in very inconvenient locations that are designed more to frustrate than benefit you with no challenge inserted in-between. 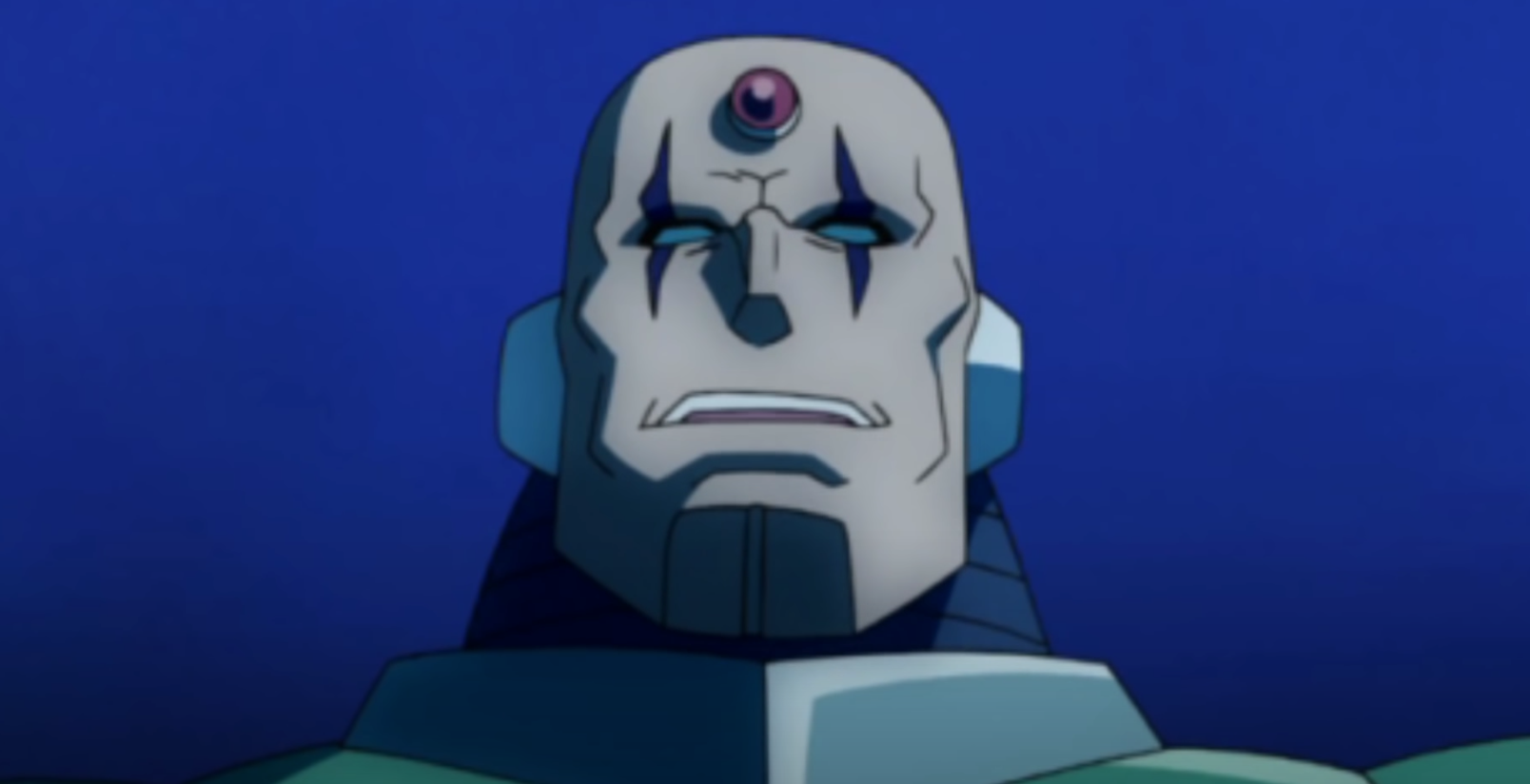 Also, fuck Sigma’s final form. For some reason, in addition to just constantly bringing him back every game, they always make his final boss fight bullshit unless you exploit that one strategy to cheese him. And good luck dealing with the trial and error necessary to find out what that one strategy is on your own, especially considering how even if you know it, he’s still tanky as shit.

These problems are few, but they persist throughout the entire game to the point that they run counter to the speed that Mega Man X is known for unless you know the optimal way to play it (and even if you did, that submarine that can blow you into insta-kill spikes is a nightmare no matter how you play). You know where all the health and armor upgrades are so that there’s more room for error. You know what each boss is weak against and which boss is possible to beat at the start so you can get their weapon and then cheese another boss with said weapon. Oh, and when you beat a boss, sometimes it makes a stage easier because defeating them affects the environment of another location. Like how if you beat the ice stage first, all the lava in the lava stage gets frozen so you can walk on it safely. It’s a cool feature of the original X that was never carried over into other games, and I’m guessing is a big reason why people consider it to be the best one. 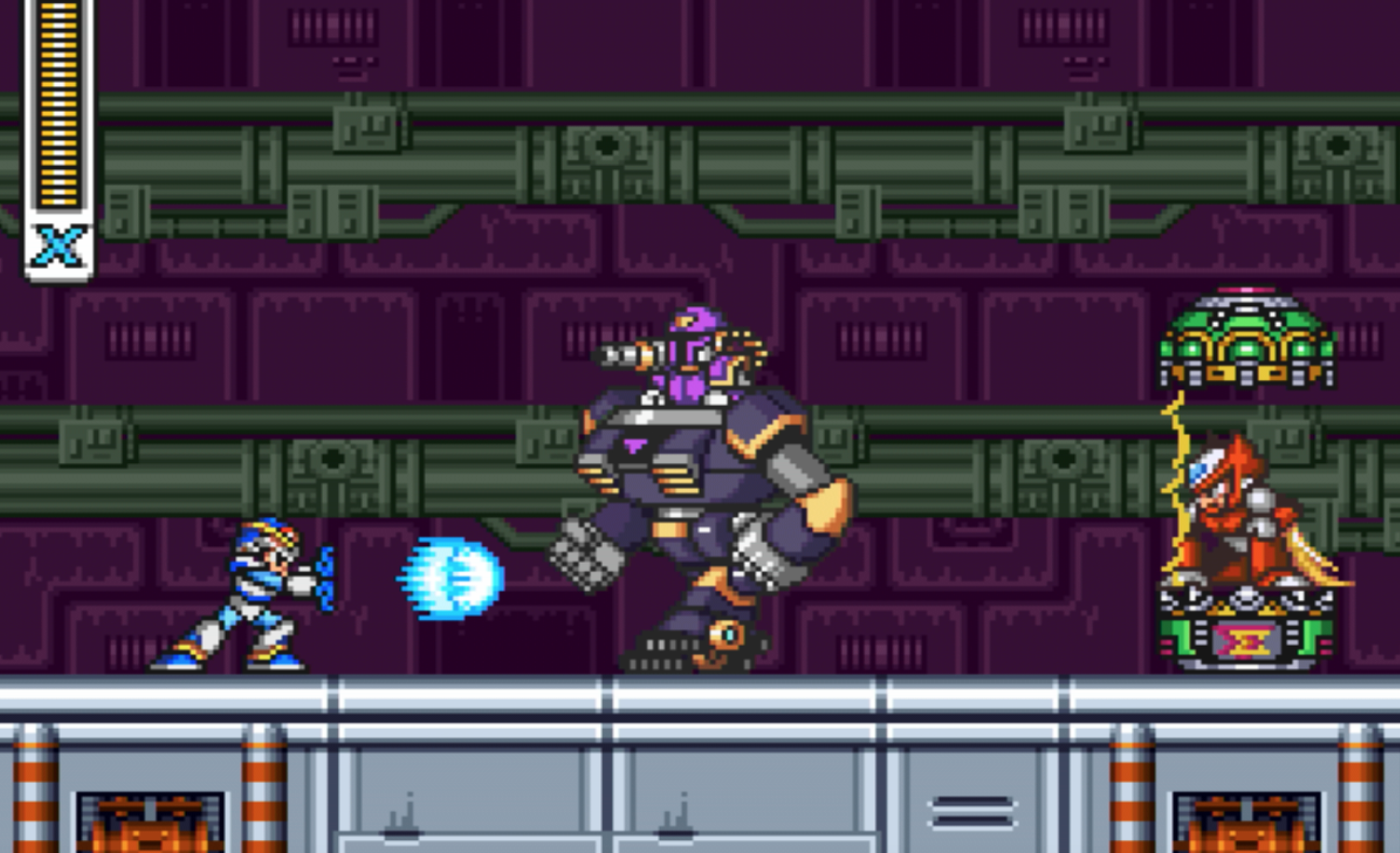 As for why the original is considered to be the best one after all this time, despite the many advancements to action-platforming that have came since, I’m guessing it’s because when you get down to it, it has the best gameplay while also having a straightforward story that’s admittedly only really told to you through the manual because SNES game. Most of the boss weapons were actually useful, whereas in most of the other entries, they’re very situational. The controls are still as tight as they were in the 90s without feeling archaic. The level design, while having some classic Mega Man bullshit, still holds up to this very day. The soundtrack is a classic. There’s how defeating a boss affects other levels like I mentioned earlier. And of course, the classic hard difficulty people expect from these games. Even if you didn’t cut Mega Man X a break for being the game that started all of these advancements to the platformer genre, there’s still that “perfect combination” of elements that you’d be hard-pressed to find anywhere else, let alone in any other Mega Man game.

X4 also has really awesome gameplay as well as the ability to play as Zero, but the story wasn’t great to put it lightly, especially if you played as X because it’s clear the game was made with Zero in mind. And just for the record, none of the X games have good stories because Capcom is not known for hiring established writers. Even with Zero, one of their best-written series, it’s really only the second and third game that have good standalone stories. The first was more like a prologue and the fourth was more like an epilogue. 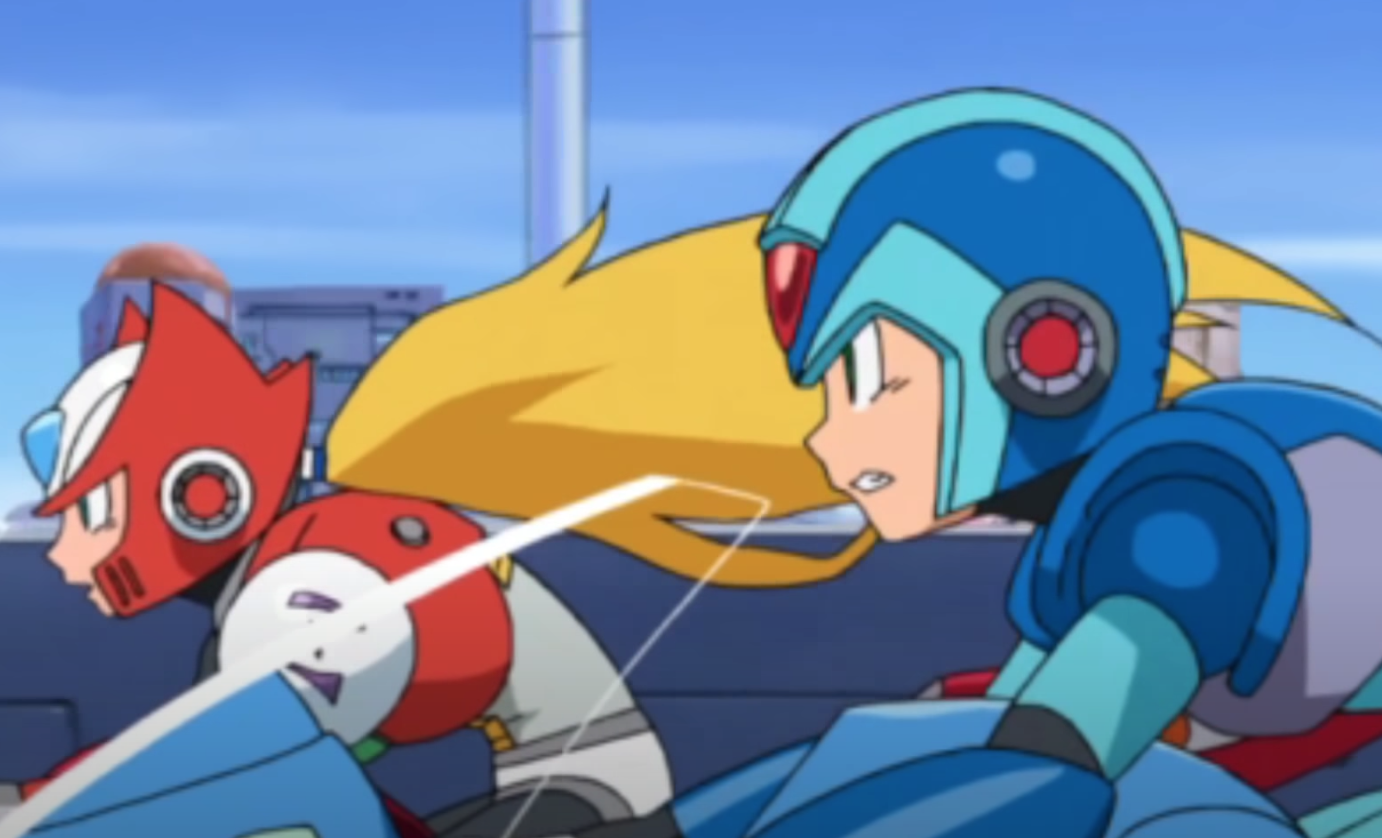 But bearing all of the original X’s positive qualities in mind, I think it’s going to very hard to consider it to be amazing if you didn’t grow up with it like everyone else who sings it praise seems to have unless you’re a die-hard Mega Man fan, and I fulfill neither condition. When you get down to it, even though I’ve become one of those players who now knows where everything is and how to optimally play the game, I’d rather play the Zero series again. Because when playing something designed to kill me over and over again, I respect a good checkpoint system. Which kinda makes me afraid to play Demon’s Souls, but that’s a topic for another time.

3 responses to “My Painful Experience With Mega Man X”