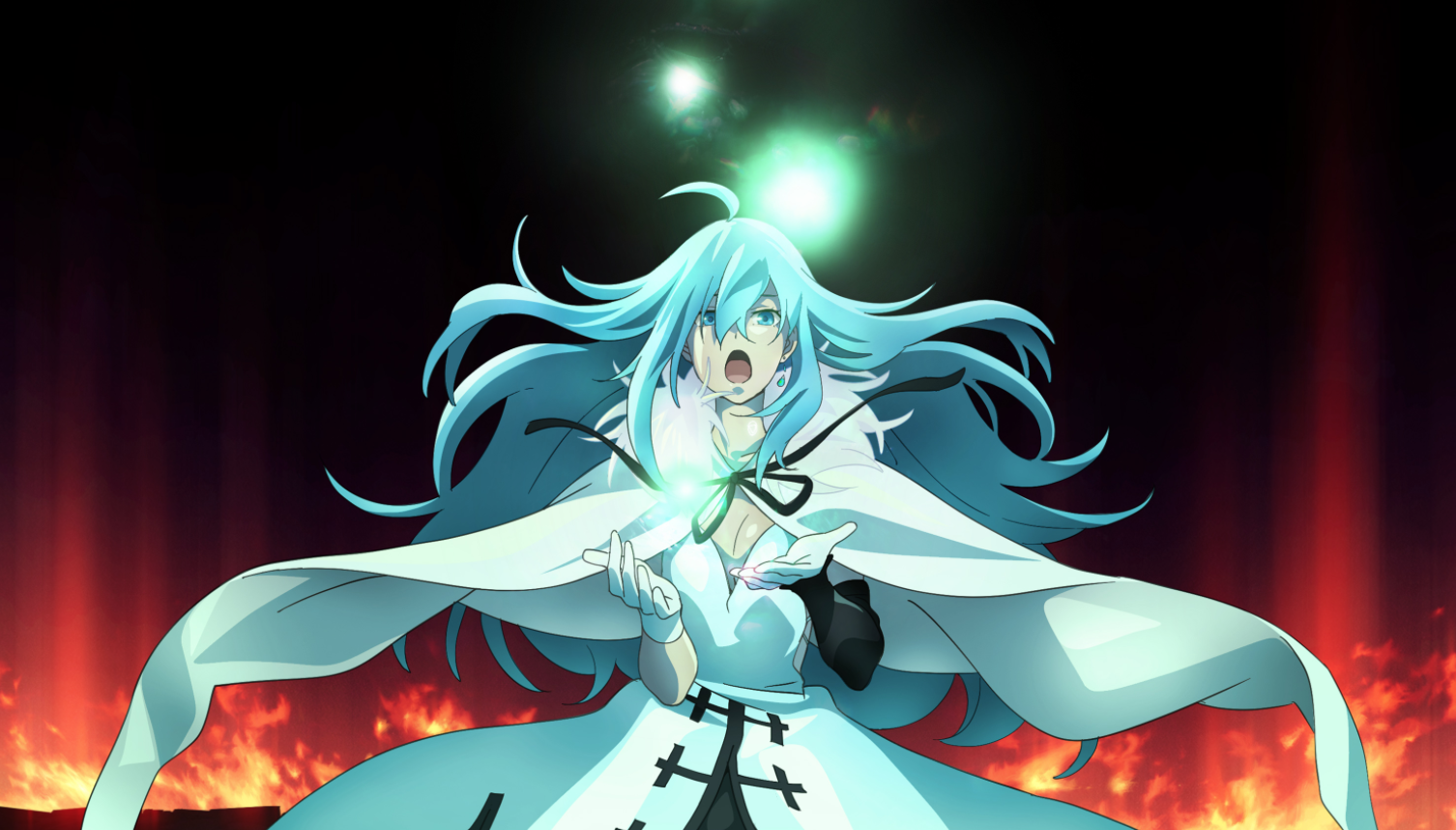 After the inscrutable failure that was Granbelm, it seemed like a safe bet that Tappei Nagatsuki, the original creator of isekai smash hit Re: Zero, had a lot of growing to do before he could transfer his light novel skills into creating anime that aren’t copy-and-paste jobs. Well according to the number of animated gifs that have been going around regarding his newest show, Vivy: Fluorite Eye’s Song, he has finally done it.

This anime is like if you took the sadness and “changing the future” aspects that made Re: Zero stand out, and didn’t utterly waste the concept by giving it to a simp who wants to get laid by a girl he barely knows like some discount version of Travis Touchdown from No More Heroes. Instead, now said concepts are centered around a female humanoid robot who is instructed by a morally questionable teddy bear to prevent a future where AI end up destroying all of humanity.

Said robot’s main purpose is to make people happy through her singing, but over the course of the story, you’ll see her partake in a lot of kick-ass action and espionage as she tries to prevent certain disasters from happening while being at the mercy of how she’s not allowed to go beyond what she’s instructed to do over the course of a hundred years. And this being a story about AI, you have the usual themes of what a robot is allowed to do and feel in contrast to actual humans. When combined with the themes of how much of the future you’re allowed to actually change, it leads to some pretty emotional moments. One scene in particular that stands out to me is the end of the second episode where the titular Vivy is forced to watch a little girl die because saving her would alter the future beyond what she was instructed to do. 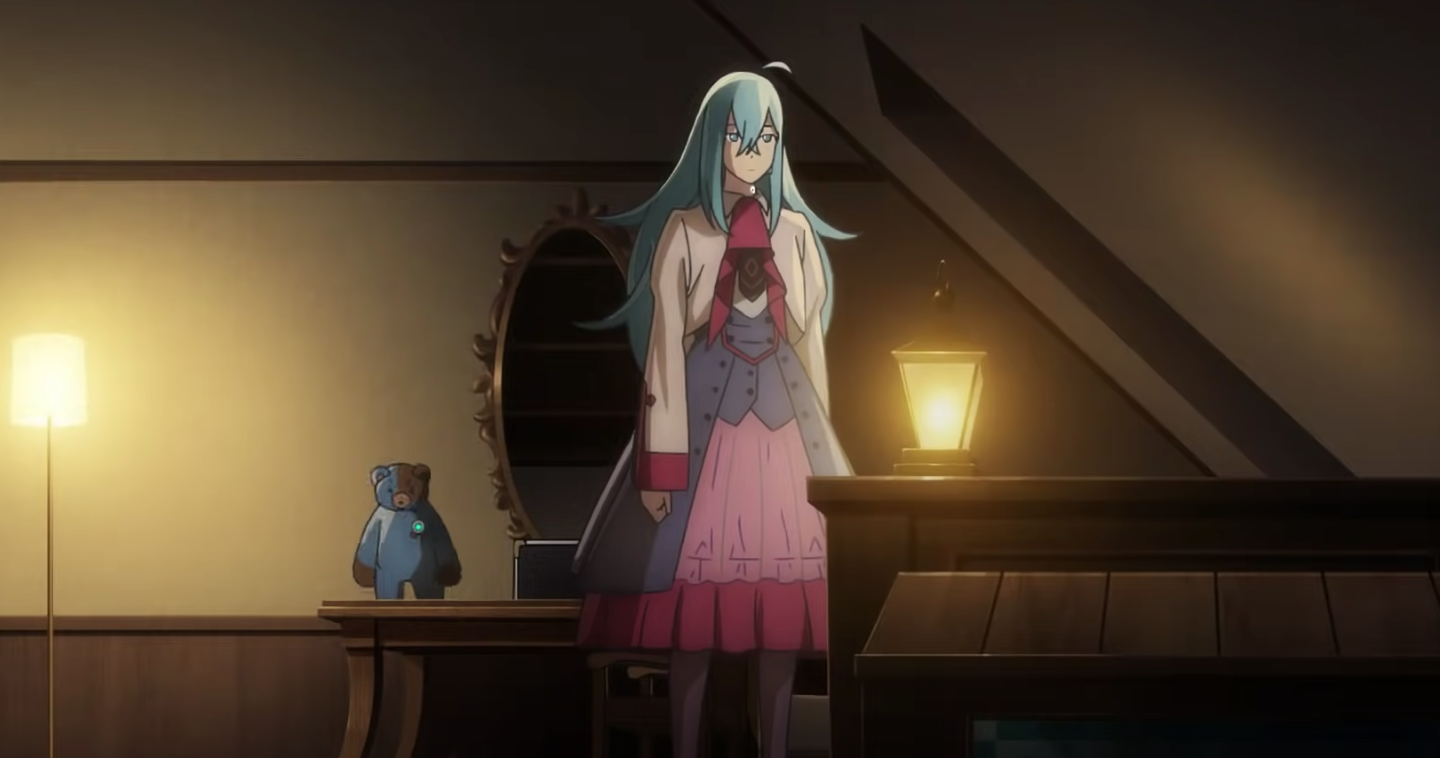 The main draw of Vivy as an anime is seeing what happens to our titular robot during her one-hundred year journey to change the future. Every two or three episodes starts a new arc that happens about a decade or so after the last one, and we get to see how technology and relationships have changed over the course of time, especially concerning an enemy soldier that Vivy saves and how he changes over the years. There’s even an episode where Vivy meets a little boy and then within that same episode, we see him grow, get married, and have a kid within the span of five minutes. Kinda reminds me of that one scene from Up. You know what scene I’m talking about. And if you don’t, that’s what Youtube is for.

Vivy is a good anime to watch, not only for its emotionally gripping moments and somewhat unique take on an AI having her life pass by, but also for the visual design and animation itself. Studio Wit apparently put one of their B-teams on this project and it looks better than most production companies’ A-teams. The fight scenes are epic barring the occasional cluttered clusterfuck and 10 fps knife fight. The music scenes are godly with its emotional vocals and accompanying visuals that will make Shoji Kawamori in his prime weep. If there was an example of an anime that should be used to represent Netflix’s cartoon line-up over that sad sack of a He-Man reboot that decided removing the main character from most of the show was a good idea, it would be Vivy.

However, Vivy: Fluorite Eye’s Song failed to do one important thing and that was to be as fun to watch as Invincible. Why? Because Eastern animation can’t compare to the best of the West. What is the actual reason? Well it’s mostly how there isn’t any real reason to watch the anime again once you’ve seen all the plot twists and know when your heartstrings are going to get tugged. Because this is one of those anime where the majority of the focus is on one character while everybody else mostly exists as support for that character, how much you like the show depends on how you much you enjoy watching Vivy. And unfortunately, despite going through a lot of development over a century, Vivy herself is about as distinguishable from your typical badass robot girl who gains emotions as a homeless man you meet on the street is from every other homeless person you see asking for change. 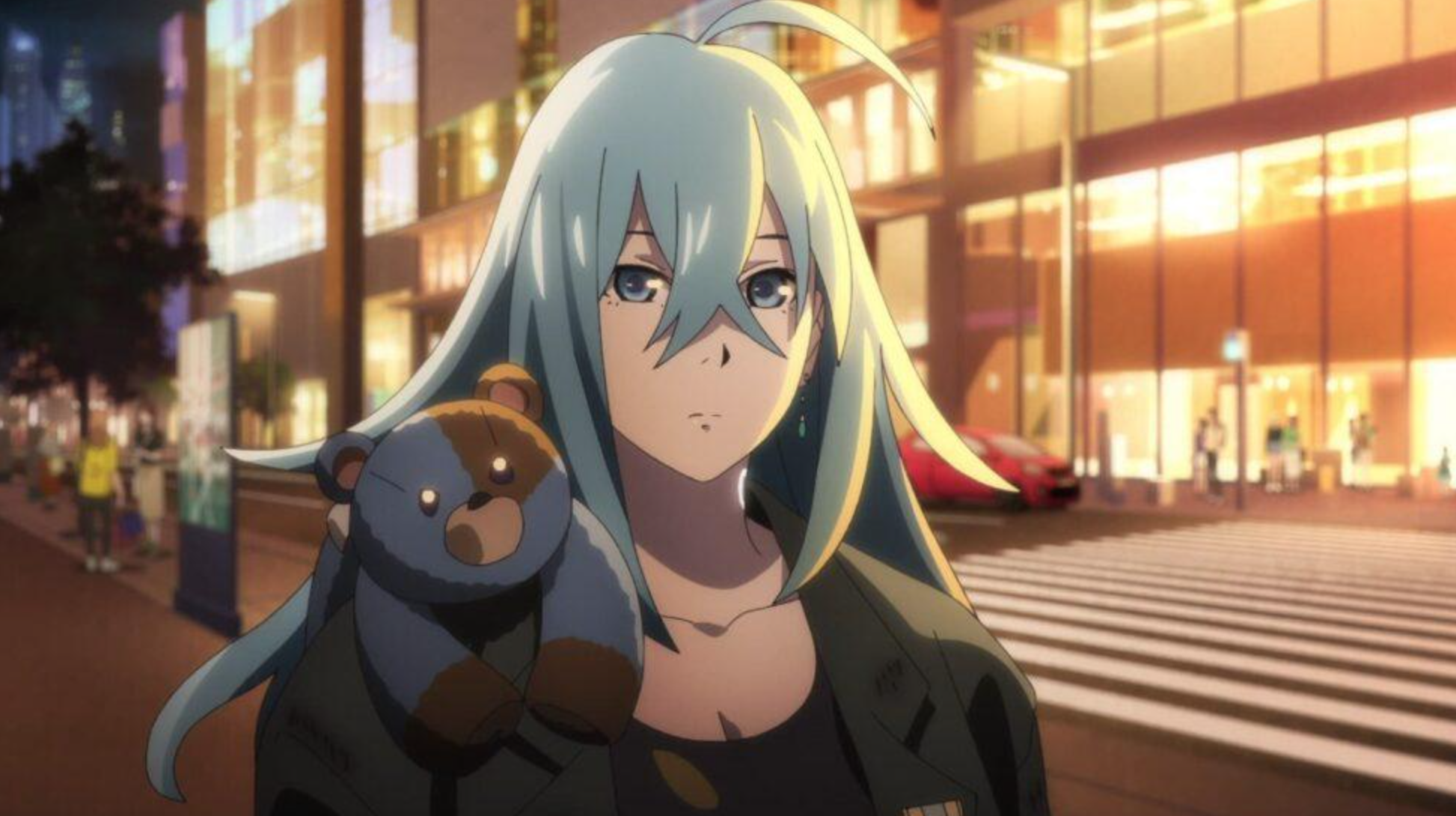 On reflection, the plot is a lot less clever than you’d expect from a story about preventing a mysterious future. The reveal of why this war actually happens is incredibly predictable, and at the same time I don’t think we see much of the cause of the true villain’s motivation beyond “dude, just trust me”. But despite once again plugging Invincible as the best cartoon of the year mostly because I’m sore that anime can’t compare to a superhero cartoon whose animation was pretty subpar at times, what Vivy actually reminded me of was Kaiba because they’re both visually interesting emotional sci-fi stories.

But I liked Kaiba more, and not just because it had the more unique art style. Despite also getting a little unfocused in the end and having a protagonist who was pretty much the anime equivalent of a silent protagonist in a video game, Kaiba actually had world-building and a unique take on its subject matter. It had the ability to make you care about one-off characters in just ten minutes. Vivy’s “lets mostly just focus on the main character” approach to storytelling demands a lot from just one character, and I think both her teddy bear companion and the entire writing team might have asked for more than she could possibly have given.